I’ve got a weekly meetup in Final Fantasy 14, one that ropes in seven of my closest friends to practice the same 30 seconds of a fight for two hours. It’s a chaotic dance of death, screams of panic, laughter, and a lot of frustration. There’s magic in it, though. There’s a moment where the same silly steps you’ve been repeating for hours suddenly click with all eight people in the group, and then you’re onto clearing the challenge or practicing another 30 seconds. This is my experience raiding in Final Fantasy 14, and after some rough beginnings, I think the team at Square Enix has nailed the formula.

If you’re unfamiliar with raiding in FF14, let me break it down for you a bit. You’ve got three tiers of raid difficulty: normal, savage, and ultimate. The normal and savage fights are the same bosses, savage is just way more challenging. Ultimate has nothing to do with any savage or normal fight that’s relevant to current content, and instead is a longer, reimagined version of older raids. As new patches and expansions release, old normal and savage fights from years ago become easier – unless you purposely sync it down and change your gear – while ultimate raids are always a difficult fight for your life.

In the base FF14, after its relaunch, A Realm Reborn had neither savage nor ultimate (ignoring the weird situation with Bahamut’s second coil). You just raided in The Binding Coil of Bahamut. I was a bit of a baby back then. I floated between groups, but I managed to clear eight out of the 13 fights back then when they were at their most difficult, so I’ll take it. The thing is, I had no real in-between difficulty to ease me into what was happening. I was either doing dungeons so easy I could nap through them, or crying about Twintania throwing me into a wall of fire for being one pixel out of a safe zone in The Binding Coil of Bahamut’s Turn 5. And for my friends who were pros and quickly caught on to how things worked, they were pretty bored of walking me through the fight. 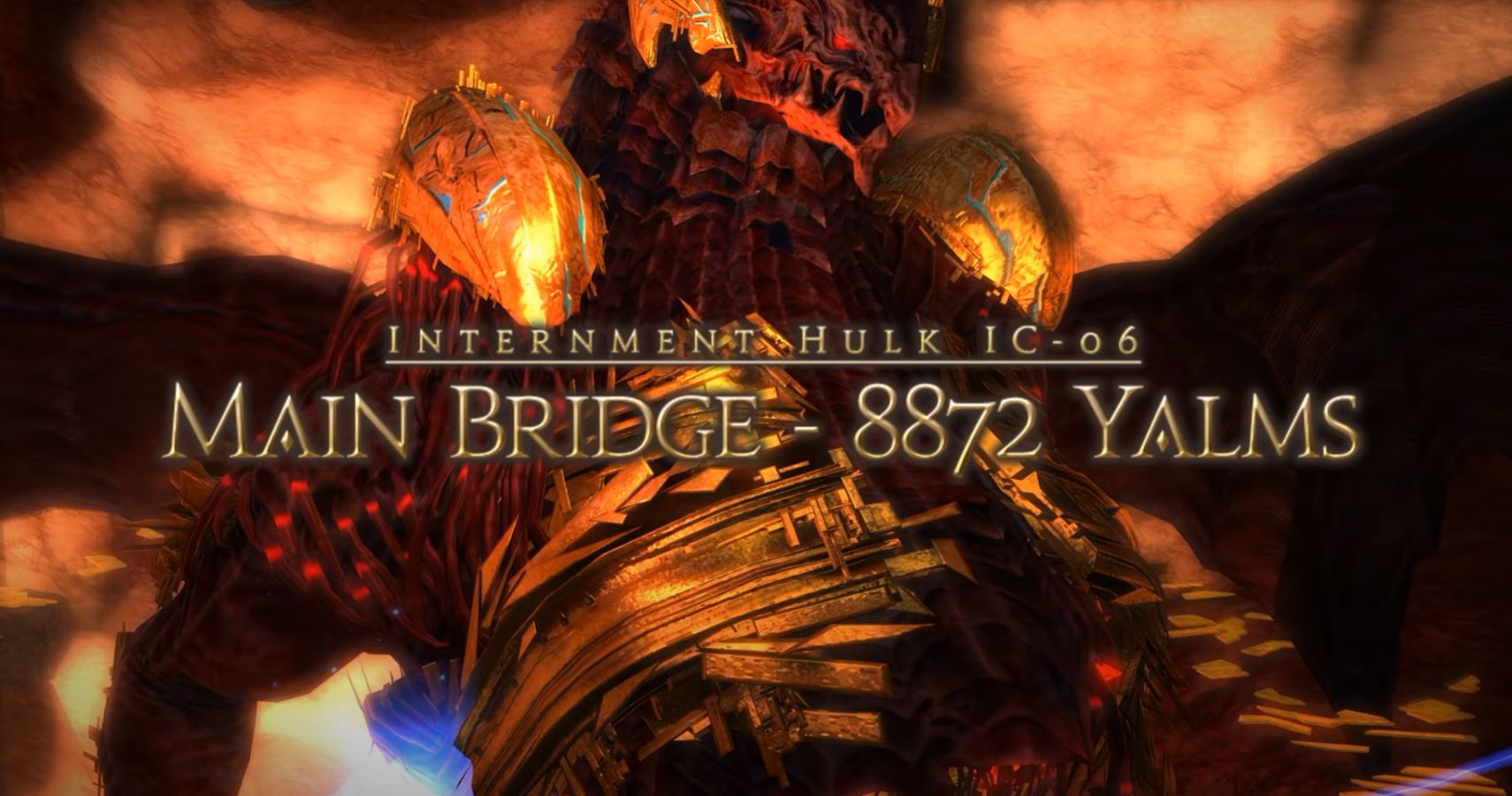 Fast forward to Heavensward, and I finally found a Big Girl group and decided I was going to go hard at savage. This included some friends from university who were pretty new too, so I figured it would be pretty fun to learn with people who were just as bad as I was. I was never able to clear the final fight of Bahamut, since I had no regular group and just wasn’t good enough, and I reentered the raiding scene to a lot of people complaining about how easy that fight was. So, Square Enix made the new raid, Alexander Gordias, harder. So hard, actually, that I quit the game for a bit.

There are plenty of old reviews where you can find Yoshida acknowledging they went overboard with Gordias, like this one from Nova Crystallis. And it wasn’t that it was just too hard in terms of mechanics either, but the raid was actually impossible. You had to complete a few rounds of grabbing weekly gear allowances to actually beat it, so all of those people trying the first week were up against a task that just wasn’t possible.

At the end of Heavensward, I returned to the raid scene to try again. I had been keeping up with the fights in the new normal difficulty, and was enjoying my easy fights for their catchy music and fun boss designs. Returning to Alexander during its final tier, Creator, was the best choice. It allowed me to cut my teeth on a series of fights that were an apology for the previous two. It was hard, but they weren’t buggy, and all of them were achievable. I got stuck on the third boss for weeks, but I had a blast doing it, and I felt like I was making just a little bit of progress each night. That was enough to keep me motivated. I was never really good in Heavensward, but I was learning and even though I couldn’t clear the savage raids in a timely fashion, I had plenty of fun beating the normal difficulty with ease each week. 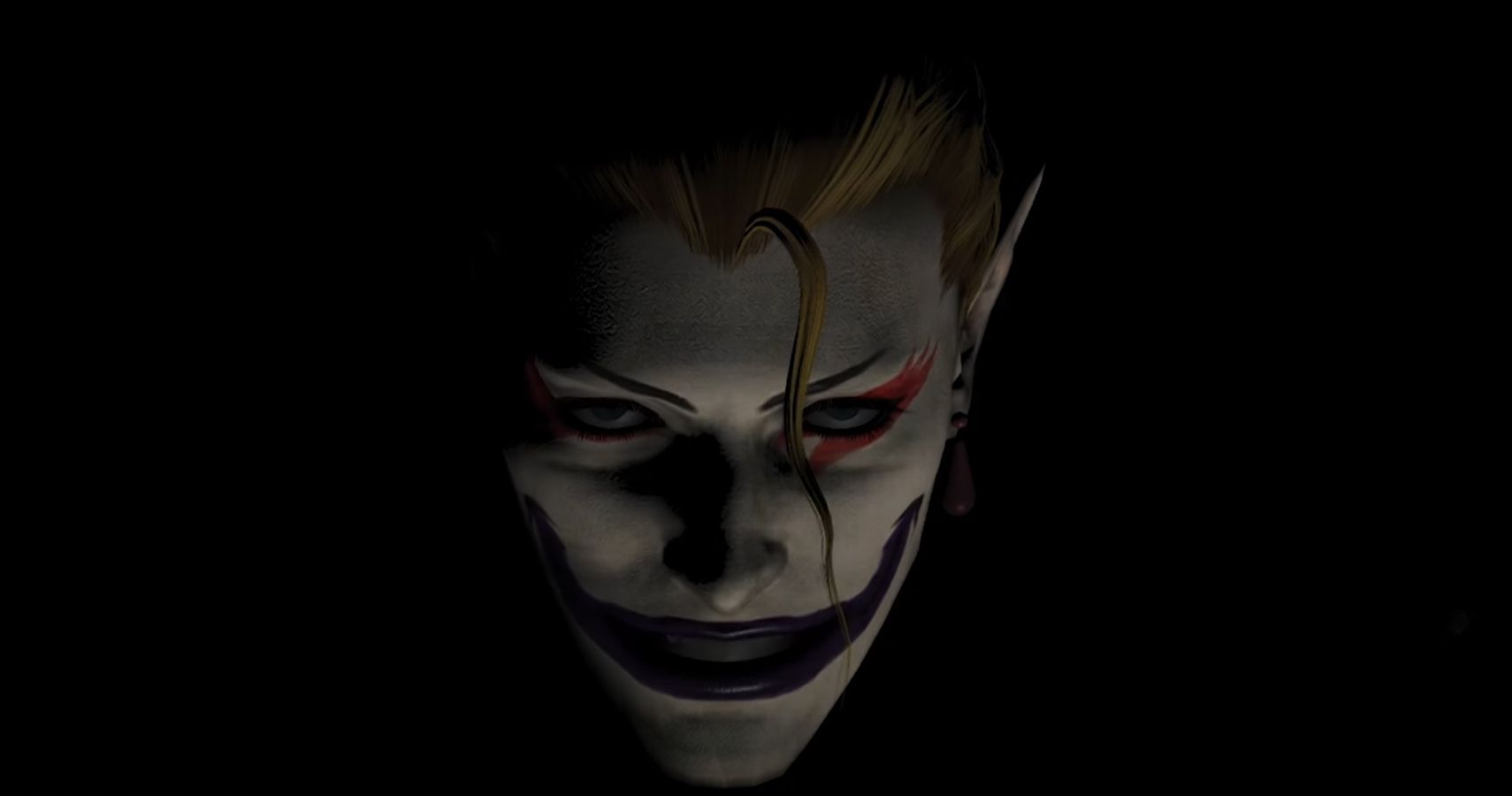 It was not until Stormblood’s Omega raid series that I went into raids ready to strap friends to my back and carry them through savage fights. I won’t be humble about the progress I made in the tier, because I went from mediocre to damn good. I was an incredible White Mage, even better Scholar, and I could out DPS all of my friends. People in my circle called upon me to teach fights and help them through, I was pretty stinkin’ proud. I abandoned normal difficulty all together, but still played through to watch the story. The challenge of those fights were there for those who wanted them, just as I did when I wasn’t into savage raiding, and I loved that. But I no longer needed them.

Then, here comes FF14’s ultimate difficulty. Square Enix introduced a level of difficulty for folks who found savage raiding way too easy. Initially, given my cocky attitude coming back to the game after another hiatus, I figured I’d blow through those, too. Dear reader, I would like you to know I did not blow through any ultimate raid. I went into the new Unending Coil of Bahamut for one night, and I never went back in. Ultimate wrecked me, just as the subsequent other two fights of that difficulty did, too. 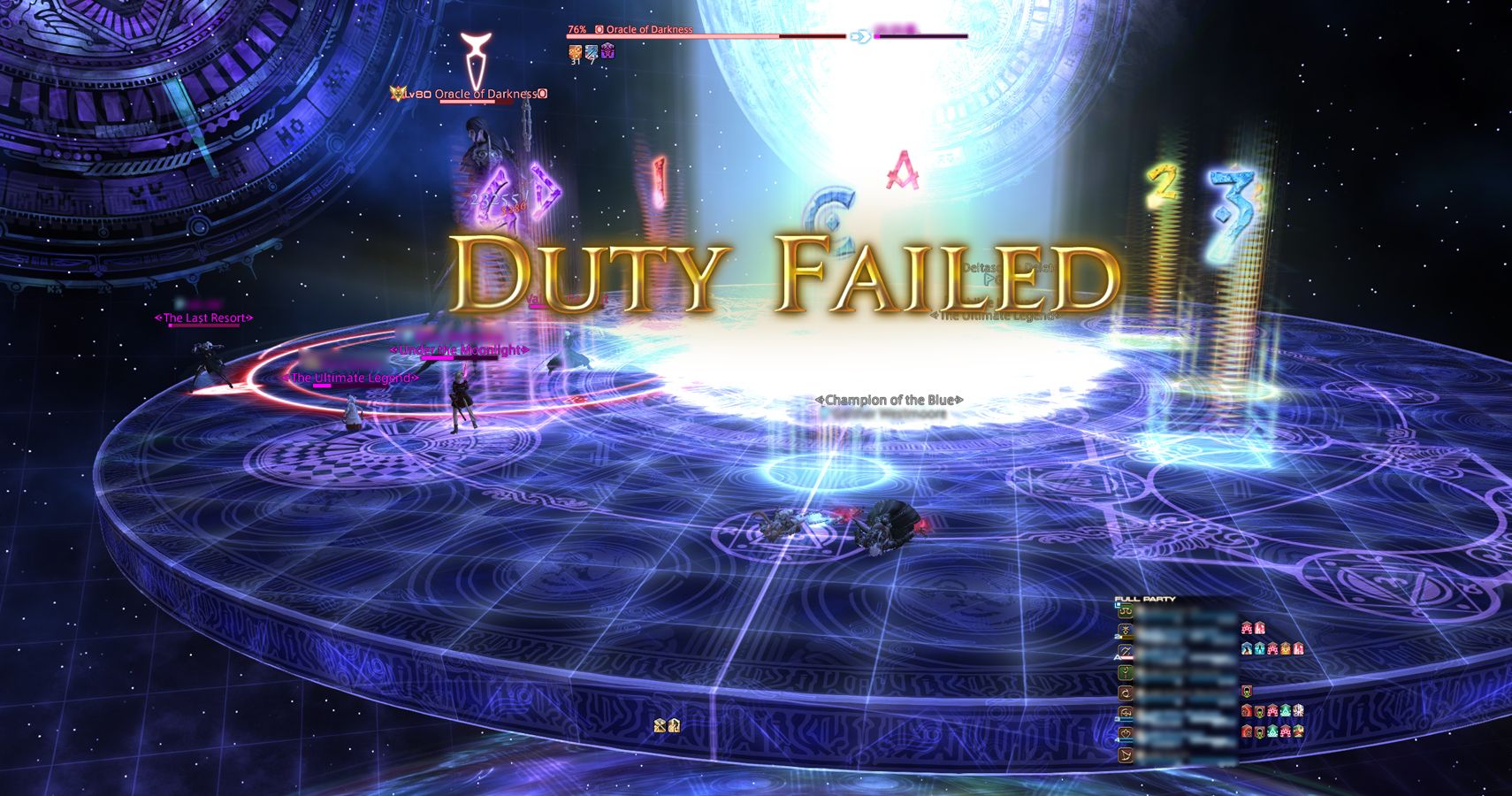 So, here I am again, not even as good as I used to be back in Heavensward, but grappling with the idea of upping my game – and I love it. I don’t really do the normal versions of the fights anymore because I enjoy the endless grind of dying over and over in savage, but also I’ve still yet to beat an ultimate fight. There’s a whole chunk of FF14 I just can’t really do, and honestly, I love that, too. There’s something there for every skill level and comfort. After the arguments of early raids being too easy, Heavensward being too hard, I now love where FF14 is. I may not be there yet, but I have big plans for The Weapon’s Refrain (Ultimate). Big glowy Scholar glamour, I’m coming for you. 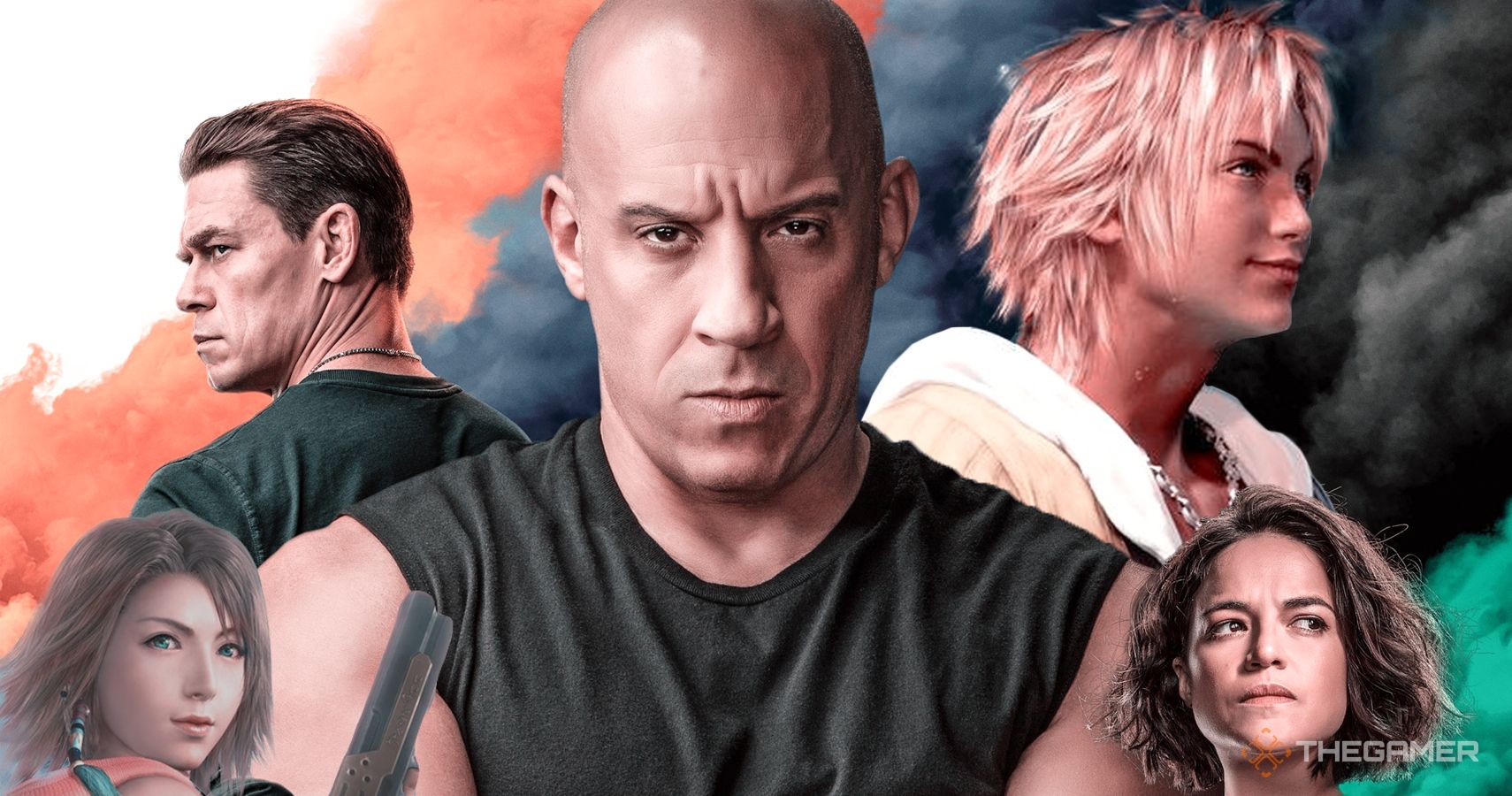 Final Fantasy and Fast & Furious are kindred spirits in the strangest of ways.

Venom: Let There Be Carnage Is Embracing The Bromance, And I Love It