Riot Games has officially announced the next League of Legends champion. Lillia, “the Bashful Bloom,” is a forest fawn with a love for nature. Unfortunately, trouble arises as mother nature’s powers begin to slowly fade. Now, she’s on a mission to find out why.

Riot originally teased Lillia in last month’s Champion Roadmap. It shared that she will be a “mid-range skirmisher, frolicking in and out of the fray.” Additionally, she will be a jungler, but fans are already seeing her fit into other roles.

Lillia’s abilities are magic-based, marking enemies and dealing damage as she increases her movement speed. For her passive, “Dream-Laden Bough,” she uses “Dream Dust” to apply damage to an enemy champion over time. The rest of her abilities focus on damaging her target as well as nearby enemies. Overall, her attacks focus more on the offensive side and should prove great for ganks. Fast forward to her R, and you can say it’s extremely similar to Zoe’s. Her “Lilting Lullaby” will cause enemies to slow down and eventually fall asleep.

With the arrival of the Spirit Blossom Festival, a magical fawn musters the courage to venture out and uncover the mystery behind her ailing forest. pic.twitter.com/XZBHD9uVir

Additionally, Riot plans to add a “Spirit Blossom” skin along with her release. The skin shows a completely different version of Lillia with pink clothes and white hair. According to Lillia’s Champion Insights page, Riot made her Spirit Blossom skin to give her more ethereal, and dream-like appearance.

For those eager to start playing her, she should go live in patch 10.15. 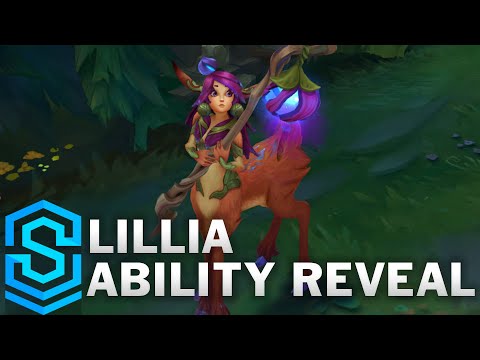 A timeline of mystery

Lillia has taken over the front page of the League of Legends client along with a mystery timeline. Fans can get all the info they need from the official links provided, but they won’t find any details about the future dates provided at the bottom. These dates range from July 15, July 22, and July 24.

While Riot hasn’t released any hints, there are a few possibilities for what they could represent. Perhaps we’ll see the reveal of the masked champion Riot previously teased. It was mentioned that he will be revealed at the same time as Lillia, after all. The second possibility could be more insight into the upcoming Spirit Blossom skin event, as mentioned in Riot’s Anime Expo Lite panel.

Whatever it may be, be sure to stick with Daily Esports. We’ll keep you updated on all things League of Legends.

ESA Dismisses Rumors That E3 Will Be A Paid Event

Super Smash Bros. Ultimate: How To Dominate As Sephiroth