Mobile Legends: Bang Bang has set a new viewership record with M2 World Championship 2020. The mobile game has taken the world by storm, competing with the top PC esports titles in the world, taking the second spot in the list for peak viewership. 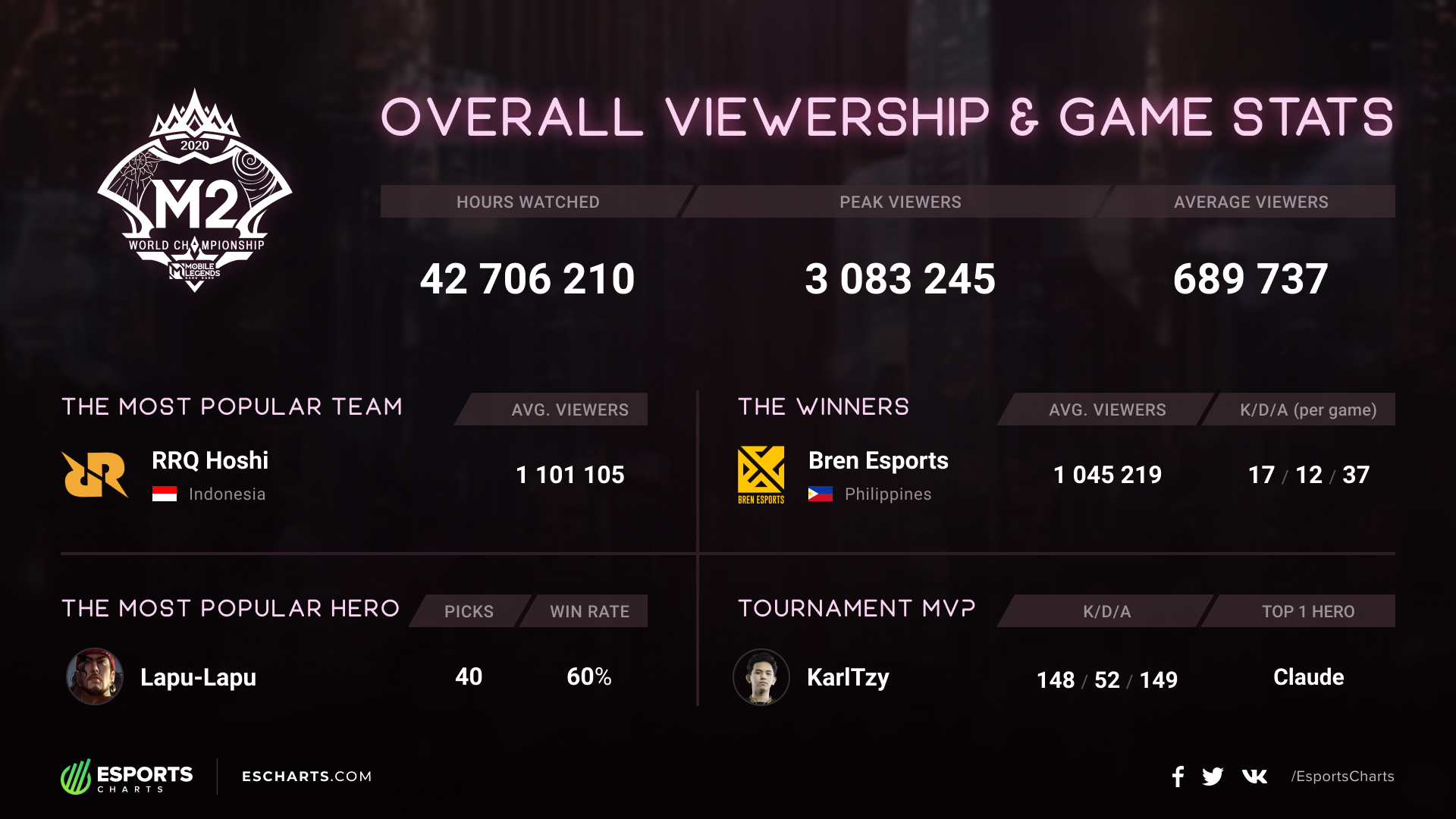 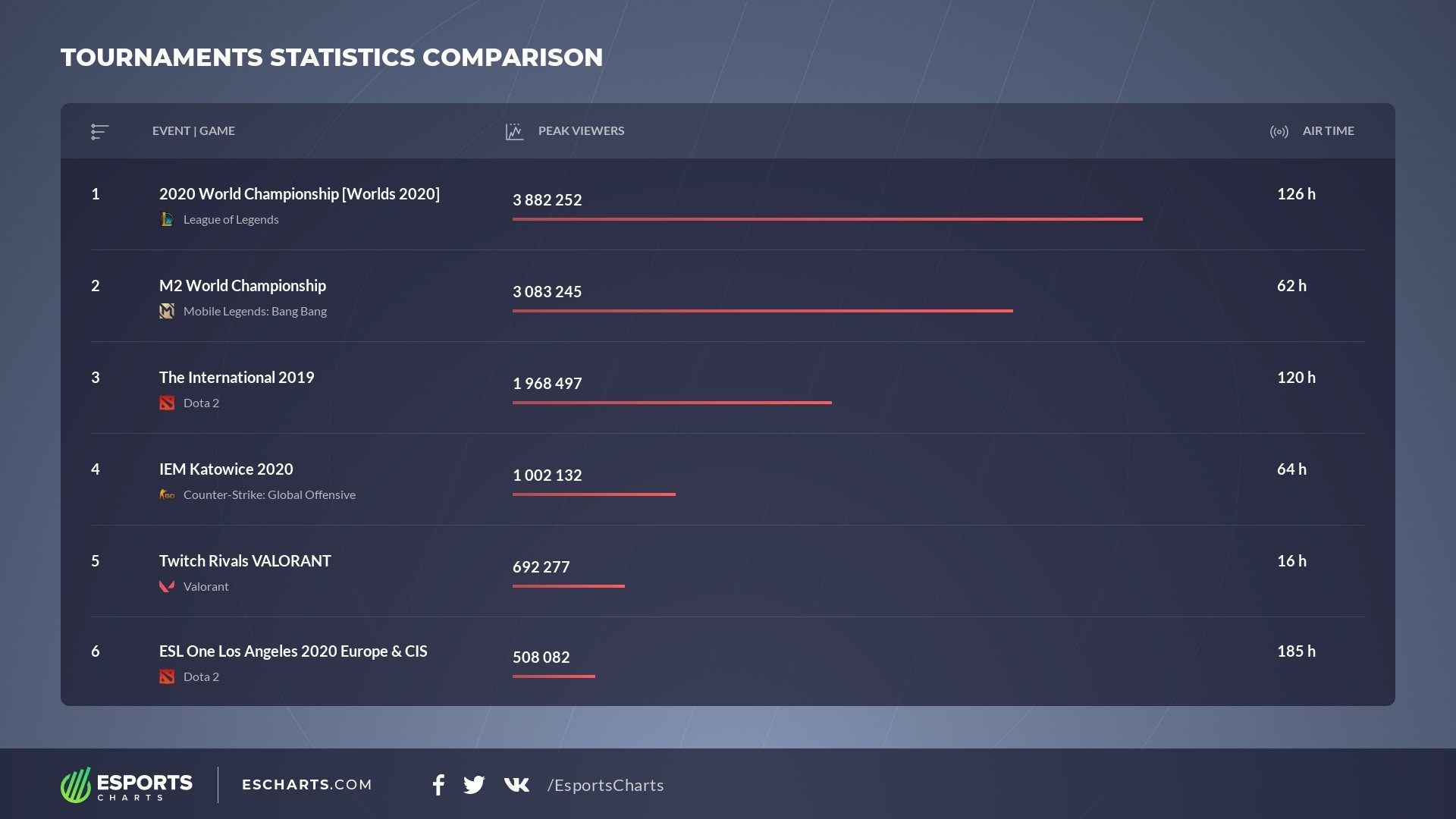 As is expected given the games popularity in South East Asia, over half (50.1) of the viewers hail of Indonesia or at least speak the language. With the Burmese Ghouls making it into the finals against BREN Esports from the Philippines, it’s no surprise to see 18.7% and 17.5% respectively. 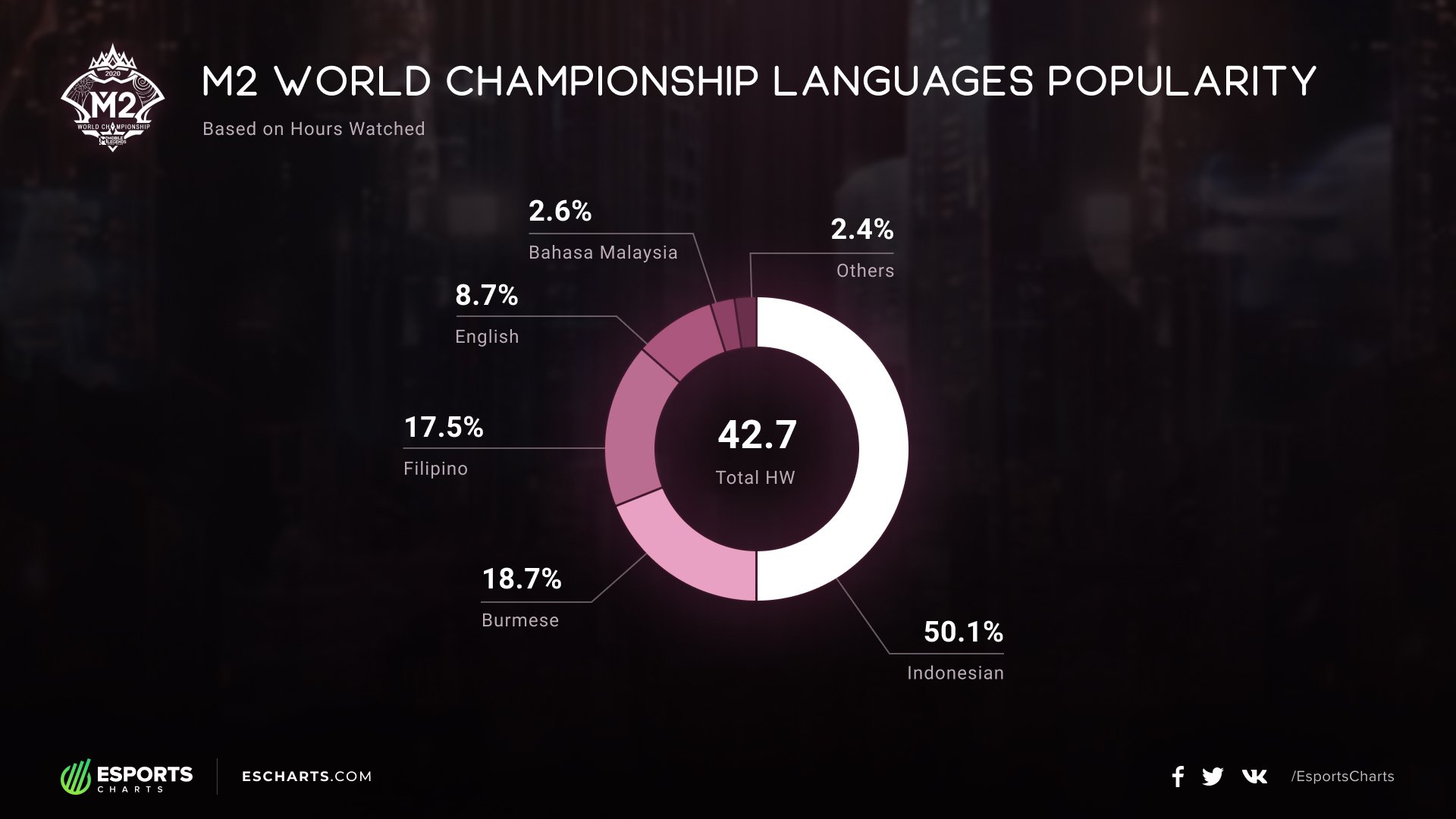 Given the large portion of Indonesian viewers, Rex Regrum Qeon Hoshi (RRQ Hoshi) brought in the largest amount of hours watched at 15,416,315 with an average viewership of 1,101,165. They were followed by Burmese Ghouls and BREN Esports who made the run to the finals.

Regardless of whether you’re a mobile player yourself, you have to give respect to the audience MLBB has managed to build for its esport and the continued growth it seems to be gaining as more players jump into the fray and compete for the increasing prize pools.