Mobile games put up impressive numbers in 2020, but no genre saw a larger growth in downloads than casino games. With a staggering 27.5% increase in downloads compared to 2019, the category reached 163 million installs last year in the US alone, according to a new report from Sensor Tower.

Within the casino category, the Slots subgenre was the most popular, garnering approximately 79 million installs and rising 4.3% from 2019. Despite the massive influx of users, casino games didn’t see the largest growth in revenue – that honor belongs to simulation games.

Still, revenue for the genre grew 49% last year, ending with a total revenue of $4.5 billion. Casino games are big business in the mobile world, with high-profile developers churning out popular games on a regular basis. One company even booked John Goodman to star in a commercial for its Slotomania game – a move that seems to have paid off for the company. On the Google Play store alone, Slotomania has over 50 million installs.

Beyond the rapid growth of casino games, puzzle and simulation titles also saw a new influx of players. The puzzle genre grew by 19.5% compared to 2019, while simulation titles saw a growth of 11.2%. Not all genres saw growth in game downloads, as the following categories had fewer installs in 2020 than in 2019: 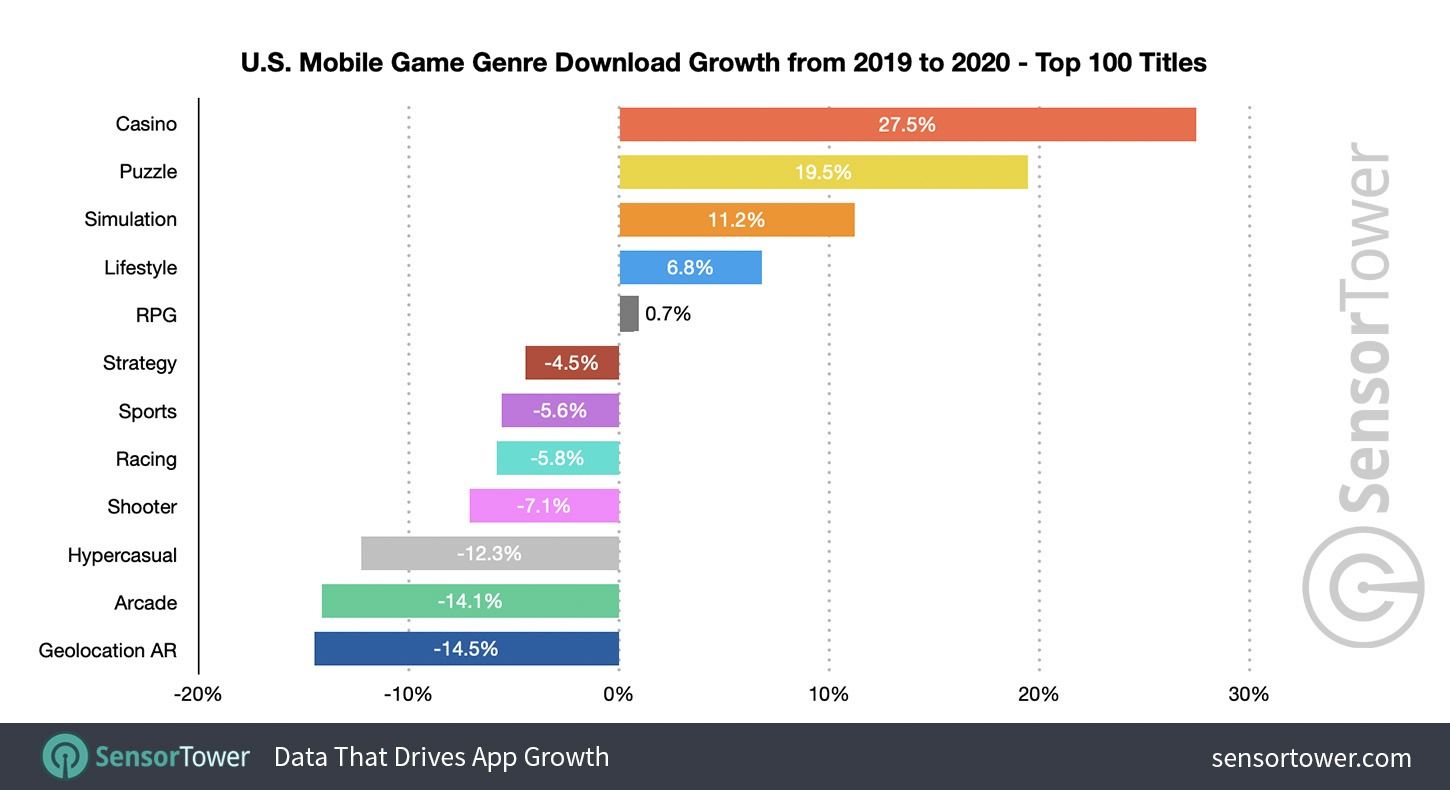 Geolocation AR should come as no surprise, as few people were venturing outside their home to play games in 2020. Hypercasual, however, is a shocking appearance on the list. While its numbers shrunk by 12.3% last year, it still “saw a rise of more than 1 billion downloads for its top 100 titles globally.” Sensor Tower also mentioned it was still the largest genre by download last year, despite the decline from 2019.

Analysts are unsure how mobile games will perform in 2021, although they seem to be off to a strong start. The report mentions players are more engaged with their games than ever, and seems to have an optimistic outlook for the coming months.