Make sure you don’t flash. 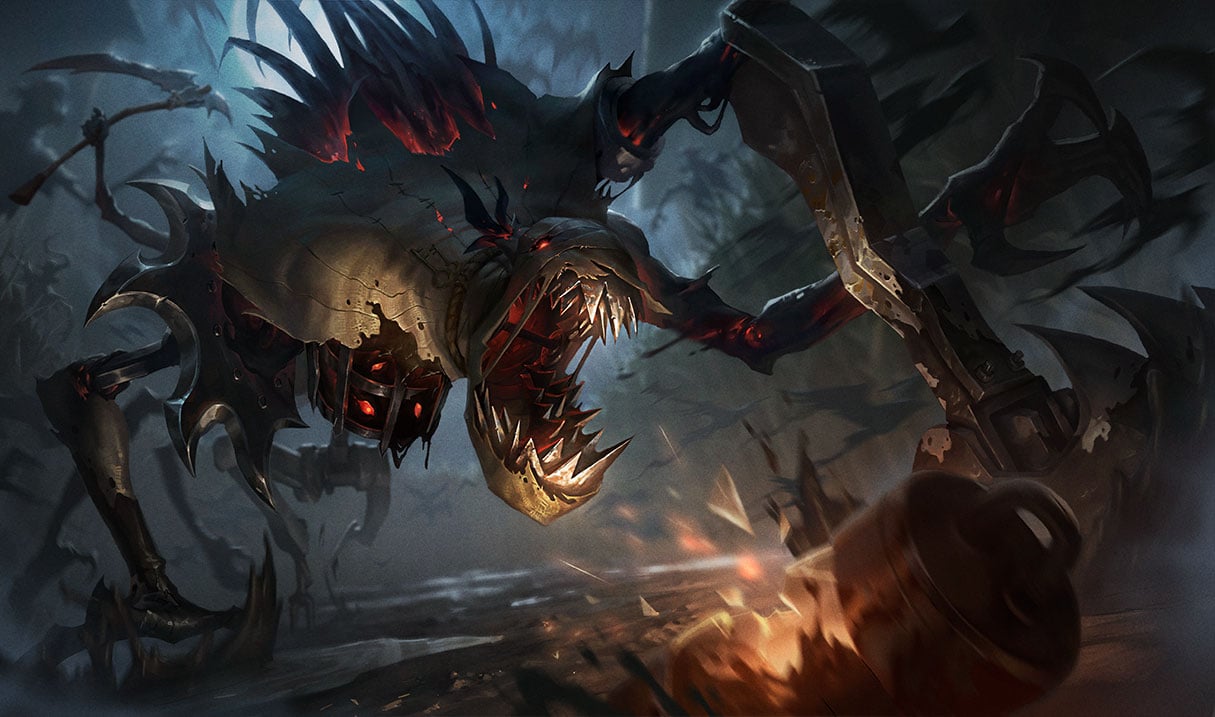 If you were dreading the upcoming release of Fiddlesticks, then you might want to be on the lookout. Riot Games has added a new spooky Easter egg to random normal League of Legends games that might just scare you out of your seat—and take your flash too.

The once-wacky scarecrow is now being reworked into one of the scariest champions to hit Summoner’s Rift, and if you walk into your jungle, you might actually get to see the Ancient Fear for a few moments at the beginning of the game.

In the clip, Xin Zhao runs over to his red buff like normal, when Fiddlesticks appears to charge out of the bush at the player. He walks from one bush to the other before turning into dust at the champion’s feet. It was an Easter egg that many people claim they’ve flashed away from already.

The greatest part about this teaser is that it comes complete with all of Fiddlesticks’ audio and visual effects. The Ancient Fear’s unnerving screeches are clear as day and make him look like an enemy champion that has come to invade the jungle.

If you aren’t comfortable with having Fiddlesticks pop up in your normal League matches, you can probably turn off this effect by disabling “eye candy” in the game’s settings. This turns off everything that isn’t essential to the game, like seasonal or event map accents, or unwanted jump scares.

Fiddlesticks should be hitting live servers when Patch 10.7 releases.

Report: 42% of CIOs say utilizing resources is the top challenge with cloud services