While we first caught a glimpse of Street Fighter 6 back in February, the recently released second trailer is our first real look at what Street Fighter 6 is going to be about. And boy howdy, is this a trailer packed with content. We were given a good look at the new World Tour mode, we were provided an extended preview of a new character, and we got to see a substantial chunk of gameplay.

But it wasn't just content this trailer was lined with; it was also filled with Easter eggs, references, and callbacks. We have been spending every waking hour pawing over the trailer since its release, and we needed an outlet to talk about every cool little thing wedged into this densely packed trailer. Final Fight fans should be especially happy. As the sign in the background indicates, this trailer is a feast for that fanbase. 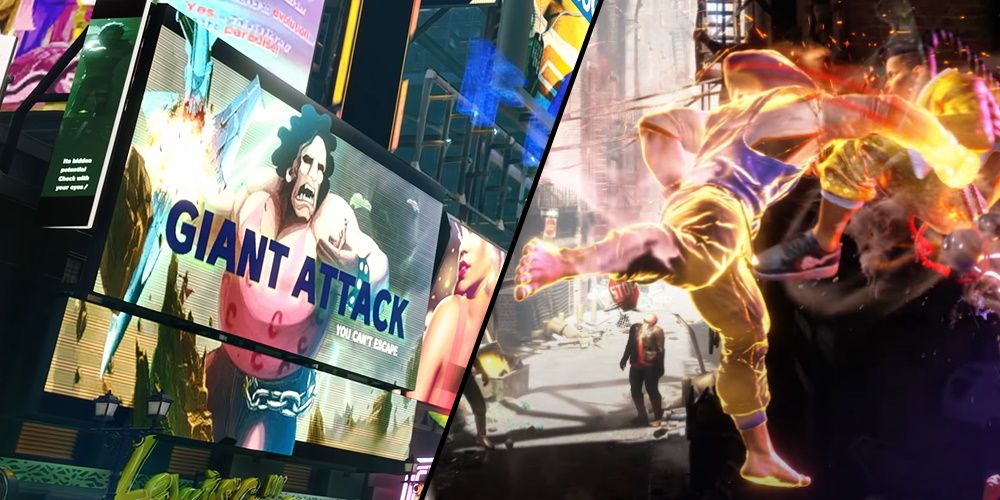 That isn't the only reference hearkening back to the Double Impact games, though. Luke showed off Sean's Dragon Smash attack in the trailer. This is easily one of the most iconic moves from Double Impact titles, as it was notoriously removed from Sean's repertoire in Third Strike. It also begs some fascinating questions. Did Luke learn this move from Sean? Is Sean going to play a role in Luke's story? Or is this just a passing of the torch thing? At the moment, it is impossible to say, but it is nice to see that Capcom hasn't forgotten these often overshadowed Street Fighter titles. 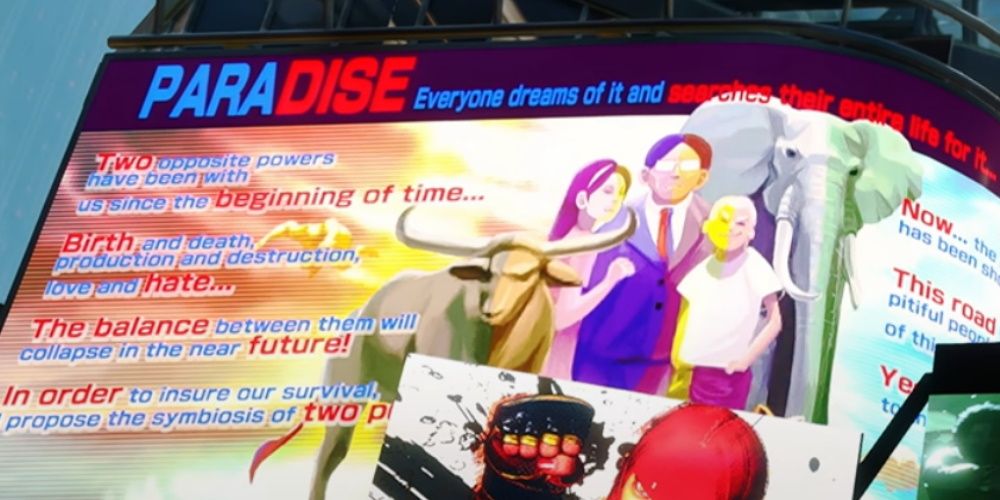 For those not familiar, the big baddie from Street Fighter 3 is Gill. His whole deal is that he runs a cult called the Secret Society. He is trying to build his own utopia, a paradise if you will. Why are we mentioning this? Because there is a giant advertisement plastered in Times Square for this cult, of course. I guess that "Secret" Society is going for a new angle, eh?

6 Someone Is Greasing Hakan's Palms 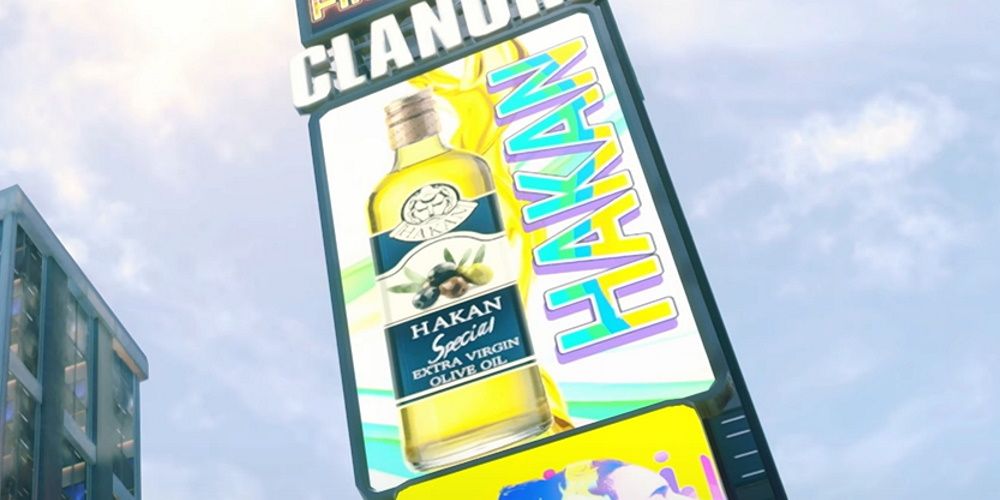 Metro City's equivalent of Times Square is absolutely littered with references and nods, but it is also filled with pretty innocuous advertisements. There is one for leggings and another for sneakers that look suspiciously like Chuck Taylors (the brand Guy is often seen rocking). One of the more peculiar examples of a product being sold is the olive oil: until you see the name, that is.

Yes, this is our greasy boy Hakan's own endorsed oil! An element that the Street Fighter 6 trailer seems to introduce to the world is that the Street Fighter characters are, to some extent, celebrities. So obviously this was an endorsement made in heaven. Heck, if you look closely at the logo you will even see that it features the Turkish wrestler's face! Shine on, you greasy diamond. 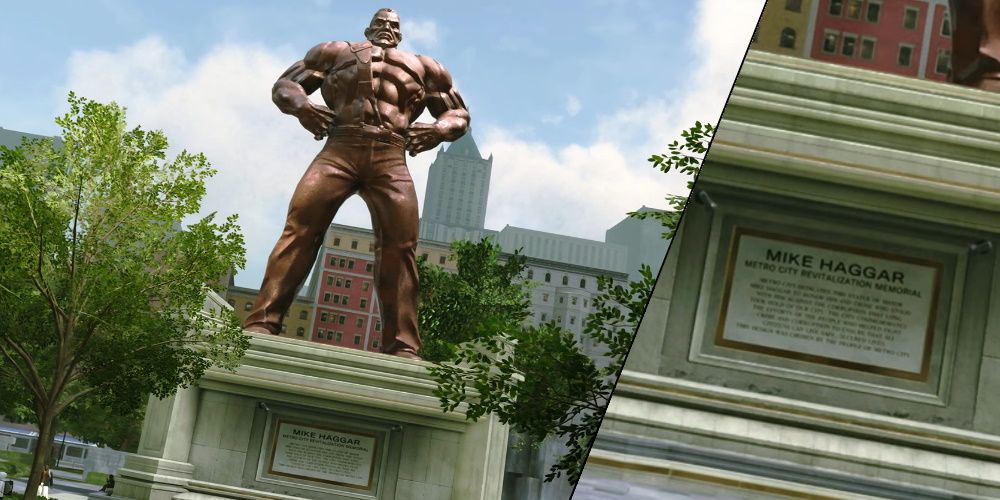 This one may be a bit of a sour note for some. This isn't the first time the Final Fight hero has been acknowledged by Street Fighter, of course. He is a background character in Alpha 2. He has also appeared as a statue in Street Fighter 4. So, given the fact that so much of this trailer is set in Metro City, we shouldn't be shocked to see Haggar get a nod.

However, what amps this reference up is the implication that Haggar may have passed. The plaque below his statue clearly states that it is in memorial. Did we just hear about Haggar's death… in a Street Fighter 6 trailer? Well, we are hoping that, if we did, he pulls a Belgar and rises from the grave. We just hope we haven't seen our last suplex performed by this absolute legend. 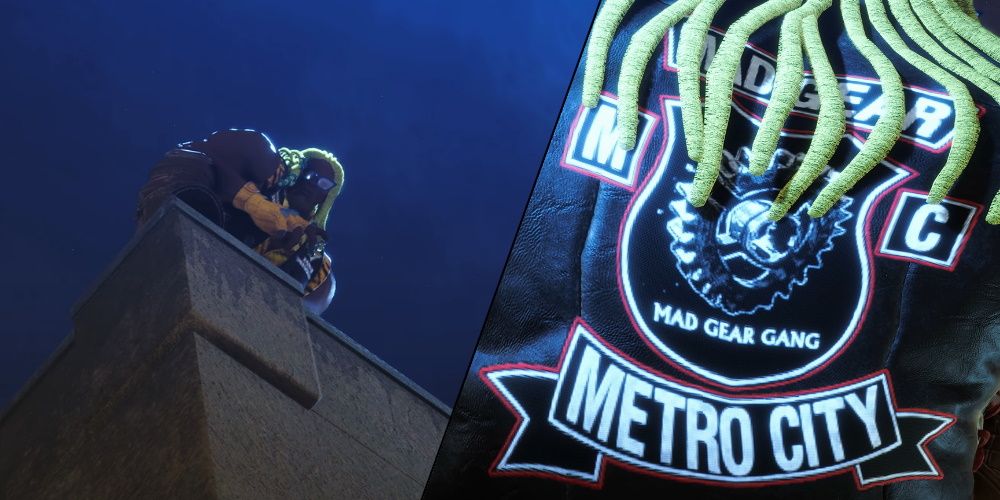 For those not familiar with the seminal Final Fight, Damnd was the game's first boss. He also plays a key role in the game's opening cinematic. Damnd's most iconic elements include his whistle and the fact that he likes to sit back and let the scrubs take over (he is one of the few middle-managers in the world of beat-'em-up bosses). For nearly three decades Damnd has been pretty rarely referenced.

Then he started getting acknowledged in the CPT trailer for SFV (by way of his whistle), and he features prominently in the Street Fighter 6 trailer. The guy on the roof? That was Damnd. The closeup on the Mad Gear leather jacket? Once again, that was unambiguously Damnd. For now, we can chalk it up as a wink and a nod to the Final Fight fans. But who knows, this easter egg may become something more than that! 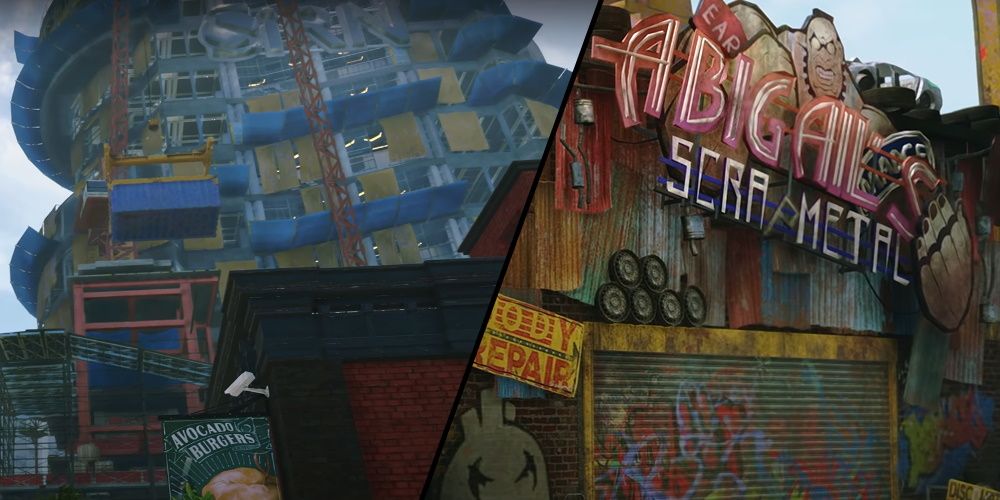 Street Fighter 6 showed off the World Tour mode, which takes a third-person perspective. For the first time, we will be able to truly explore the world of Street Fighter in a free-roaming fashion. Though they just gave us a glimpse of this mode, two Street Fighter stages were teased here.

The most immediately recognizable one is Abigail's Auto Shop, which was recently featured in Street Fighter 5. However, Street Fighter 4's Skyscraper Under Construction was also shown. Moreover, we got a glimpse of the Metro City Subway which is a notable reference to, wait for it, Final Fight! That's right, there is simply no quit in these Final Fight references, people! 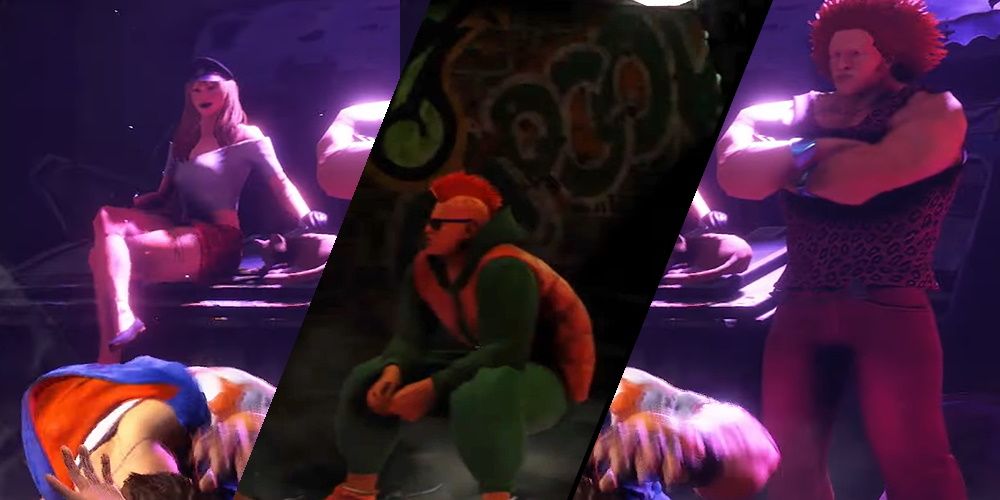 So, we already know about Damnd getting a tremendous amount of attention. And we saw that Abigail's stage (with his big Canadian face slapped on it) is present. But it isn't just Damnd and Abigail. 2P is seen behind Jamie during the moment in the trailer where enters the arena.

The stage that Luke and Jamie fight on also includes Bald Bull, Andore, Roxy, and what appears to be El Gado sitting on the fire escape. That isn't including Haggar appearing in statue form, or Hugo's giant billboard in Times Square. This game is filthy with Final Fighters! 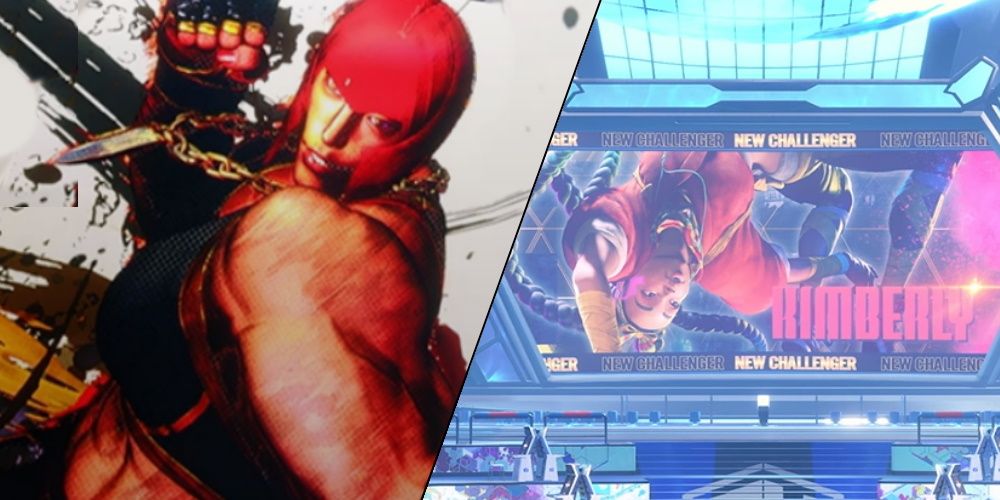 At this point, you have probably already heard that there has been a pretty substantial roster leak. This leak gives us our first glimpse of the new characters… or that is what you would say if you weren't paying attention to this trailer. Because the trailer actually teased multiple new characters. Marisa has a huge billboard dedicated to her. Deejay, a character who missed Street Fighter 5, also gets one showing off his new design. It also looks like the new French fighter—Mimi—has a billboard (just under Deejay's), though that one is far harder to make out.

The trailer also ends with a pretty sneaky reveal of Kimberly. She flashes on the big overhead screen in the Battle Hub at the very end. We get a clear picture of her, as well as her name. There is even a border surrounding her image that refers to her as a "New Challenger". Cheeky stuff, Capcom!

The AI arms race has us on the road to Armageddon