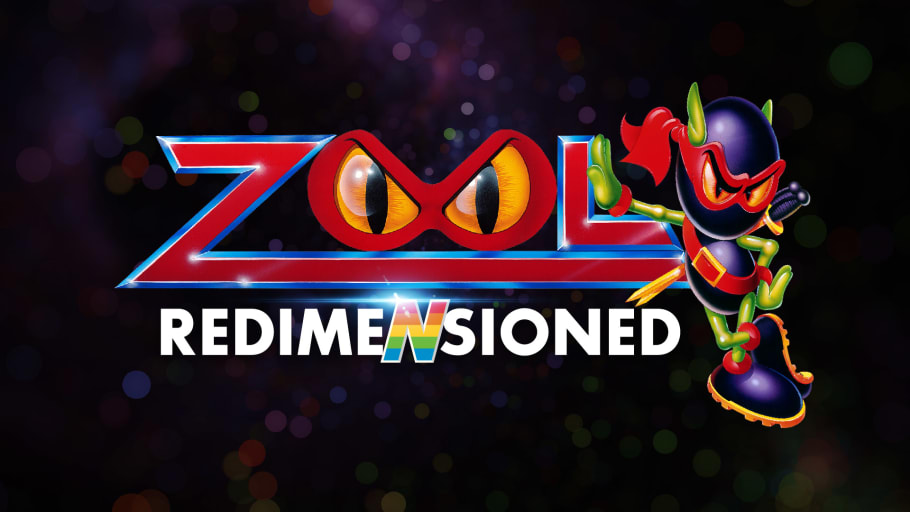 Gremlin Graphics’ wannabe mascot platformer is one of the most unlikely comebacks of the year, with a completely redesigned remaster.

Publishers are never slow to capitalise on nostalgia but it’s almost always the nostalgia of American and Japanese gamers, and anything that only proved popular in Europe has tended to be left forgotten.

To be honest, though, Zool probably deserves it, because it was never a particularly good game. However, it was so heavily promoted for the Amiga and Atari ST, as their equivalent to mascot platformers such as Sonic The Hedgehog, that it earned itself a sort of honorary classic status all the same.

The game ended up on almost every format of the 16-bit era, from the Mega Drive and SNES to the Acorn Archimedes and CD32, but the upcoming remaster is currently only scheduled for PC.

Originally developed and published by Sheffield’s now defunct Gremlin Graphics, the remaster is being handled by Secret Mode and Sumo Digital Academy – a team of students who presumably had no idea what Zool was until they were given the job.

Secret Mode is a subsidiary of Sumo Digital and focuses on smaller indie titles; half of its revenues will be ploughed back into Sumo Digital Academy, in order to help students trying to get into the industry – which is nice.

Some of the developers of the original game will also be helping out and the remaster is described as being rebuilt ‘from the ground up for modern audiences’, which seems to suggest significant improvement from the 1992 original.

As you can see, the graphics were always very good, so hopefully a silk purse can be made out of the original’s sow’s ear.

There’s no sign of a console version but the PC edition is already listed on Steam and will be released on August 18.

xQc Turns Into Junkrat For Insane Kill In VALORANT

Psychonauts 2 review – playing with your mind