The era of the barbarians has finally arrived! In Civilization VI, that is. Firaxis Games and 2K recently announced the addition of the new Barbarian Clans Mode to Civ VI as part of the February 2021 Game Update. The update also features the new Leader Selection Pool, as well as a horde of general and game balancing improvements.

Six games and 30 years after the first Sid Meier’s Civilization game was released, and one of the most iconic units in the game’s series finally gets its turn on the world stage. The Barbarian Clans Mode arrived alongside the latest Frontier Pass update, but is absolutely free to every Civ VI owner, even if you only have the base game and none of the DLCs.

The new Barbarian Clans Mode is detailed in the announcement post on the Civ VI website in text form, but if you want to see and hear all the info in play, then check out the latest Civ VI Developer Update video (embedded below), as well as the February 2021 Game Update Developer Livestream video over on Firaxis Games’ Twitch channel. The first video gives about six minutes of content intel, while the second one deep dives into the new update content over the course of an hour.

To sum it up here, the new Barbarian Clans Mode is an optional mode that gives new life to those units by replacing the barbarian tribes you know with seven actual Clans: Chariot, Flatland, Hills, Jungle, Rover, Seafaring, and Woodland. Each Clan has its own “preferred range of units to field and requires a different set of map conditions in order to appear.” They also now have the ability to spawn their usual units as well as “Unique Units from Civs that were not selected during game setup.”

The new Clans option brings in another whole level of strategy for you to consider, as you can now interact with barbarians in multiple ways, including peacefully. Barbarian Outposts can also now civilize their way to become a traditional City-State, with or without player influence. You can just leave an Outpost alone and let it convert on its own in time, or purposefully interact with it by bribing, hiring, inciting, or ransoming one of your units from a Clan. 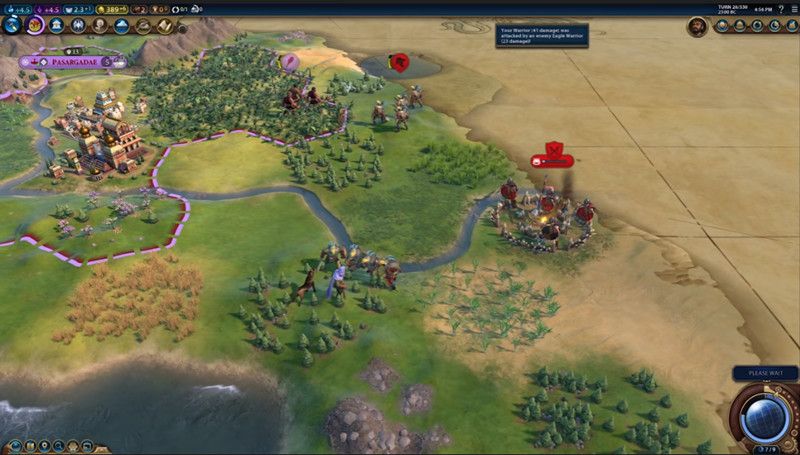 The new Leader Selection Pool is the second major feature with the latest update, and allows you the advanced option to “create lists of leaders that can be chosen by others, or by the AI.” A few Natural Wonders have been improved, along with certain Governments, Buildings, nations, and many more. Check all the outlets mentioned above for further details.

Fortnite Guide: How To Catch A Weapon At Stack Shack

Unreal Engine’s next job: NPC creation in a fraction of the time