Halo Infinite's bots may be some of the most cantankerous and surprisingly realistic robot players you'll ever come across. They've proven to be quite good at shooting humans and can even come up with their own amusing gamertags. On occasion, they've even been known to do a bit of boisterous yet offensive celebration upon successfully taking you out.

It's safe to say that 343 Industries spent a lot of time making sure that their bots were capable of doing a lot when they show up in multiplayer matches. However, as of late, there's one thing they seemingly can't do: leave.

According to Kotaku, lobbies are being overcrowded by bots who won't exit a match after human players join a game. Normally, bots are just supposed to fill any empty slots on a team until someone else can take their place. But instead, they're sticking around causing teams to become lopsided and unbalanced. 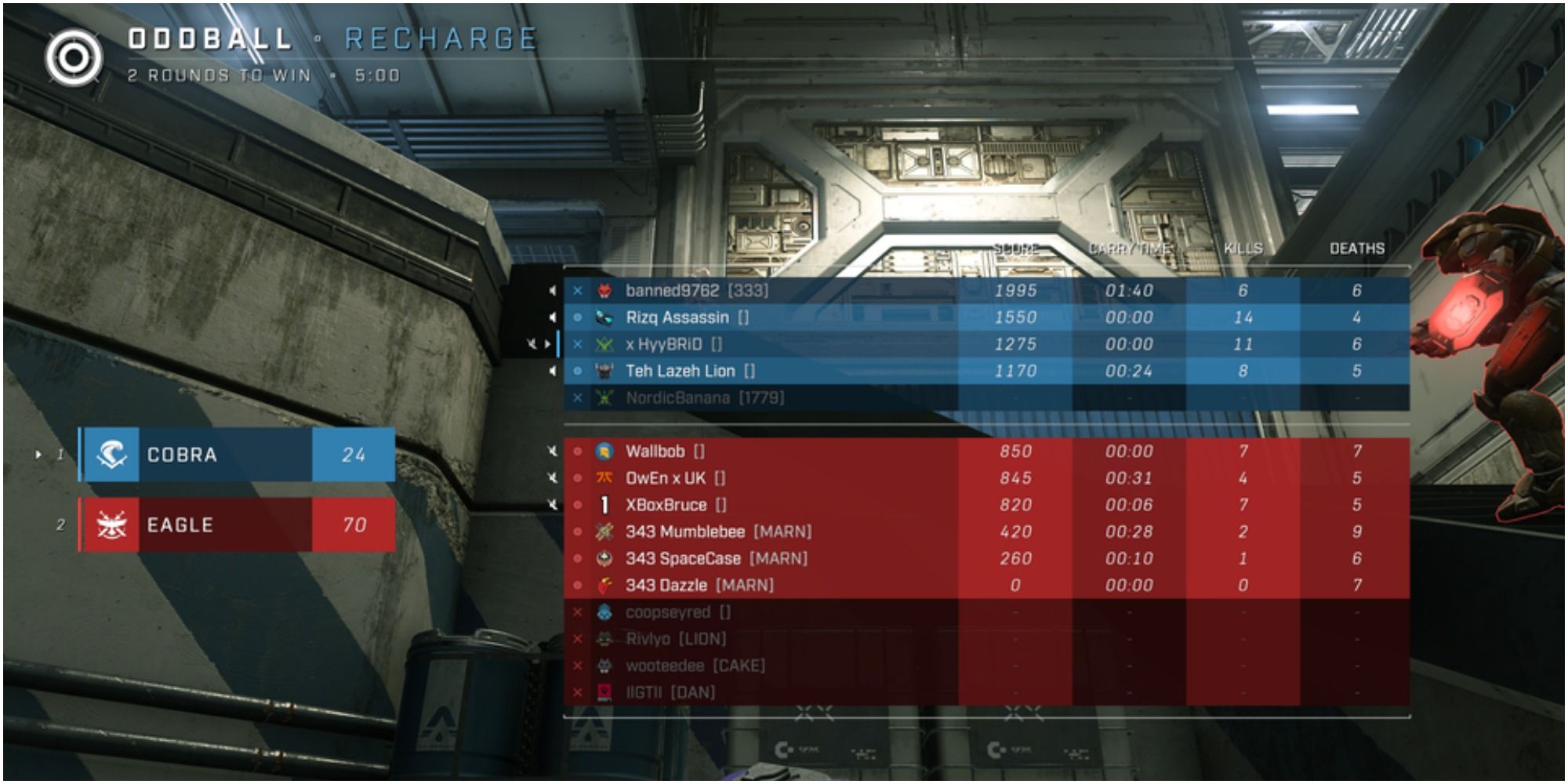 Unsurprisingly, this issue causes some significant problems as one team gets some extra assistance from the A.I., which gives them an unfair advantage. Unless this happens in the Slayer modes, in which case the team with less players gets more bodies to shoot and rack up additional points. Either way, many games are being ruined because these bots are being a bunch of jerks.

While Halo Infinite has mostly been well-received since its launch, there have still been a fair amount of complaints thrown at Master Chief's latest adventure. This isn't the first example of a game-breaking bug as there was previously one that was corrupting save files and another that was allowing players to glitch into the co-op campaign long before its expected release in May 2022.

On top of that, players have been frustrated with the grind associated with Infinite's battle pass. While steps are being taken to improve the experience, acquiring cosmetics can still take ages as challenges and matches reward very little XP. Even worse, the game's store charges some rather ridiculous prices. You had to pay around $10 to simply add cat ears to your helmet, while the Mister Chief cosmetic bundle has an outrageous price tag of $20.

While 343 hasn't responded to this bug yet, there's a decent chance that it will be corrected in the same way the "super punch" glitch was fixed a few months ago. Let's hope it's taken care of quickly so we can all go on to complain about something else in this game.

Facebook stops just short of rebranding to ‘The Web’

Mass Effect: 7 Questions We Have About Krogans