Dinogod's first game has just been unveiled at the Annapurna Interactive showcase and it's an all-new third-person shooter where you pilot Titanfall-like mechs. But in your downtime, there's basebuilding and farming, giving it an interesting survival element.

Bounty Star, as the name suggests, is all about bounty hunting. You'll be tasked with hunting down targets across the world, taking out marks with your beefed-up Desert Raptor MKII, a powerful and customisable steam-powered mech suit that comes with boosters, explosive firearms, siege weapons, riot shields, and more.

All of this will help to fund your homestead where you'll spend the quieter hours. You'll be able to turn a run-down garage into a place you're proud to call home, adding power supply lines, animal farms, and workstations for producing ammo and fuel. 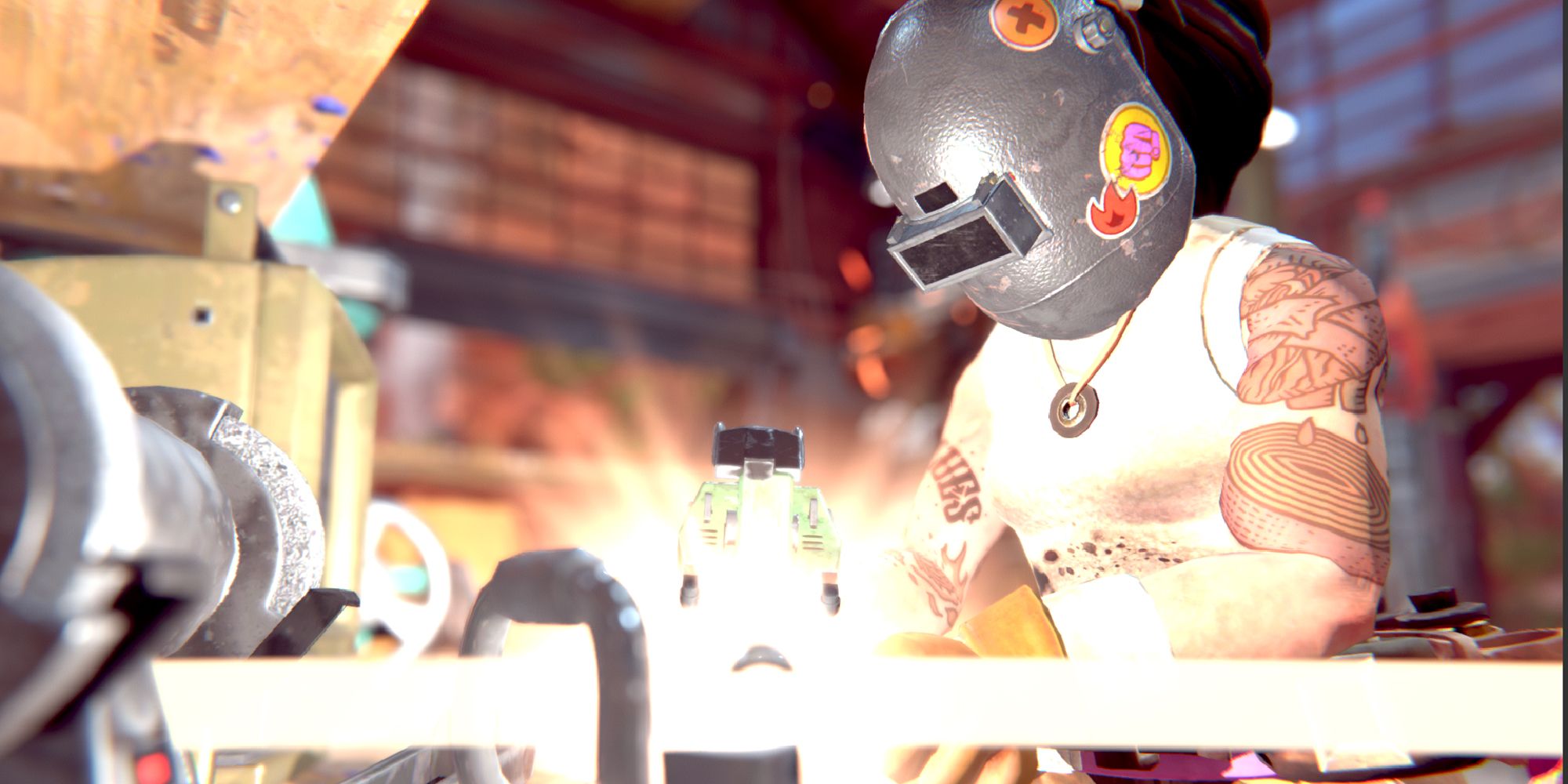 There's one lingering question though – how are there mech suits in the wild west? It's because Bounty Star is set in the post-apocalyptic American southwest, Red Expanse, not unlike Fallout: New Vegas. So while civilisation has regressed back to its gunslinging days, some of that old tech still remains.

You play as an ex-soldier called Clementine McKinney who is trying to redeem her past through bounty hunting, trying to bring some good to the wasteland by taking out the rogue baddies. It launches next year on Xbox Series X/S, Xbox One, PlayStation 5, PS4, and Steam. And while the price has yet to be announced, Bounty Star will be available on Game Pass, so you can slip McKinney's shoes on right away and get stuck in, gunning down no-good menaces with your over-the-top western arsenal.

If you're hungering for more of the wild west in the meantime, Red Dead Online's support might be ending but modders aren't done. A new mod brings seasons to the wild west, letting you explore the sandy deserts in the snowy winter and scorching summer, adding a whole new layer of depth to Rockstar's intricate world. If you have a beefy PC handy, it should be perfect for scratching that wild west itch.

Phasmophobia To Get Major VR Rework In 2022