Montréal-based Breaking Walls has raised $1.75 million for Away: The Survival Series, a game where play as an animal trying to survive in the wild.

The game lets you play as a small flying and walking animal known as a Sugar Glider, and it will help convey the effects of climate change on nature, said Sebastien Nadeau, cofounder and chief technology officer, in an interview with GamesBeat. The game looks gorgeous, and the video embedded in this post has been viewed more than half a million times.

The funding comes from Game Seer Venture Partners, and it takes the form of venture debt, as a kind of bridge financing from one milestone to another.

The team started the game more than four years ago. The team raised initial funding from the Canadian Media Fund, and also raised money via a Kickstarter campaign. Montréal game veterans Laurent Bernier, Nathanael Dufour, and Nadeau formally started the company in 2016 to create immersive, innovative, and story-driven interactive games. 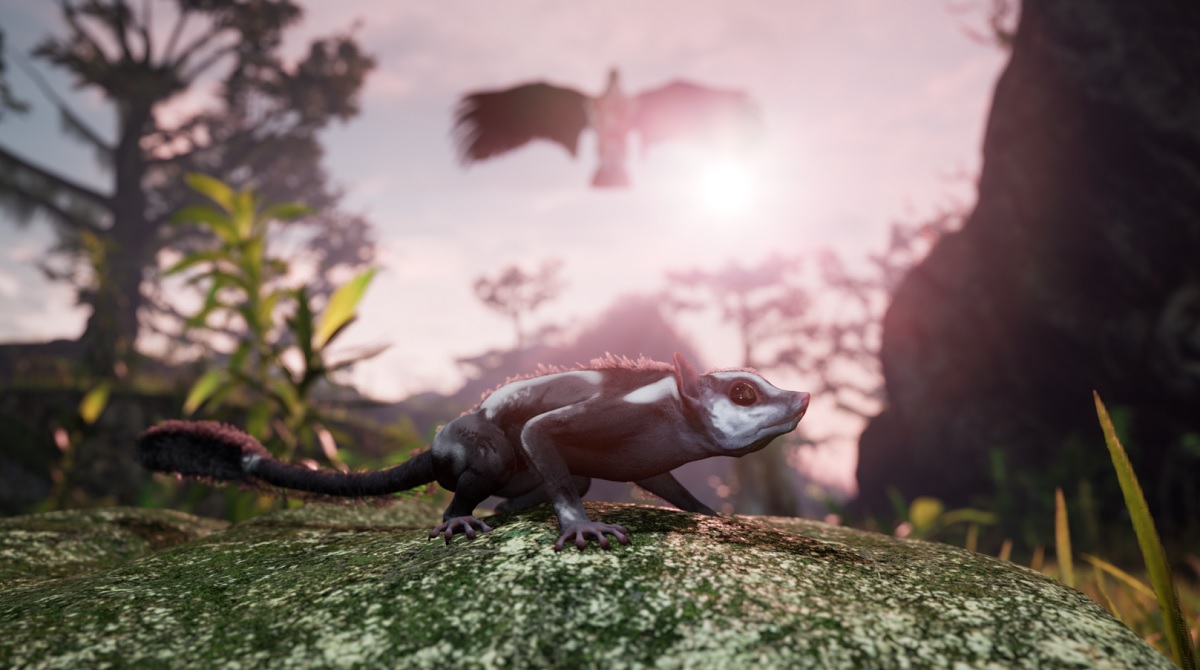 Above: The Sugar Glider is the hero of Away.

And based on the trailer, the title looks beautiful, as it conveys with a lot of realism what it’s like to be an animal surrounded by lush plants and deadly predators. The founders had decades of experience making triple-A titles at Ubisoft. They decided to branch out and start a small game studio together.

“We had this dream of building our own company and we decided to make that dream come true,” Nadeau said.

The inspiration came from nature documentaries, said Nadeau. They wanted to make a game where you really felt like you were immersed in nature. Climate change is one of the central themes of Away, as you can see in the trailer where there’s a forest fire that threatens all of the animals. They chose the Sugar Glider because it gives you flexibility of movement, vulnerability in the environment, and a sense of scale of how big the world is.

The idea is to get players to reflect more deeply on the consequences of climate change. The Sugar Glider has to fight snakes and scorpions, as well as deal with environmental threats such as a forest fire or flood. 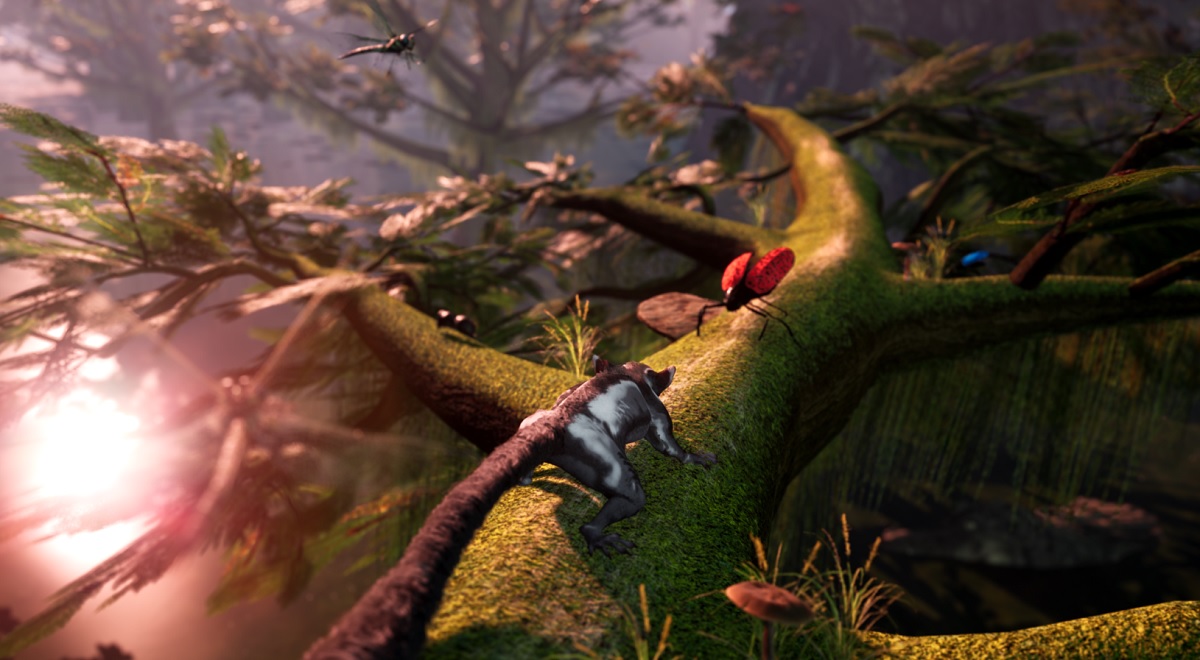 Above: Away has great visual quality.

“When you look at those documentaries like Planet Earth, you see they can create incredible stories about nature, even though no words are spoken,” Nadeau said. “We felt merging gameplay and animal documentaries could lead to a new sub-genre of video game.”

Breaking Walls wants to self-publish its own titles and preserve its own creative freedom from start to finish. It talked to different publishers, but ultimately decided it wanted a strong relationship with its consumers, which was much easier to do through self-publishing.

“From the beginning, we wanted a strong relationship with the people who were going to play it,” Nadeau said.

Breaking Walls went through a lot of testing to figure out the gameplay that works. The team was also good at getting attention from others for its work through the video trailer and other ways such as on Reddit, said Bertran Verizneau, CEO of Game Seer Venture Partners, in an interview.

Breaking Walls met with Game Seer Venture Partners at the Game Developers Conference in 2019, and they saw eye-to-eye. They built a deal that would work for both sides, giving the team more cash without sacrificing creative freedom, both sides said.

“We were on the same page creatively, and they gave us more freedom to do this on our own,” said Andre-Paul Johnson, head of growth at Breaking Walls, in an interview. 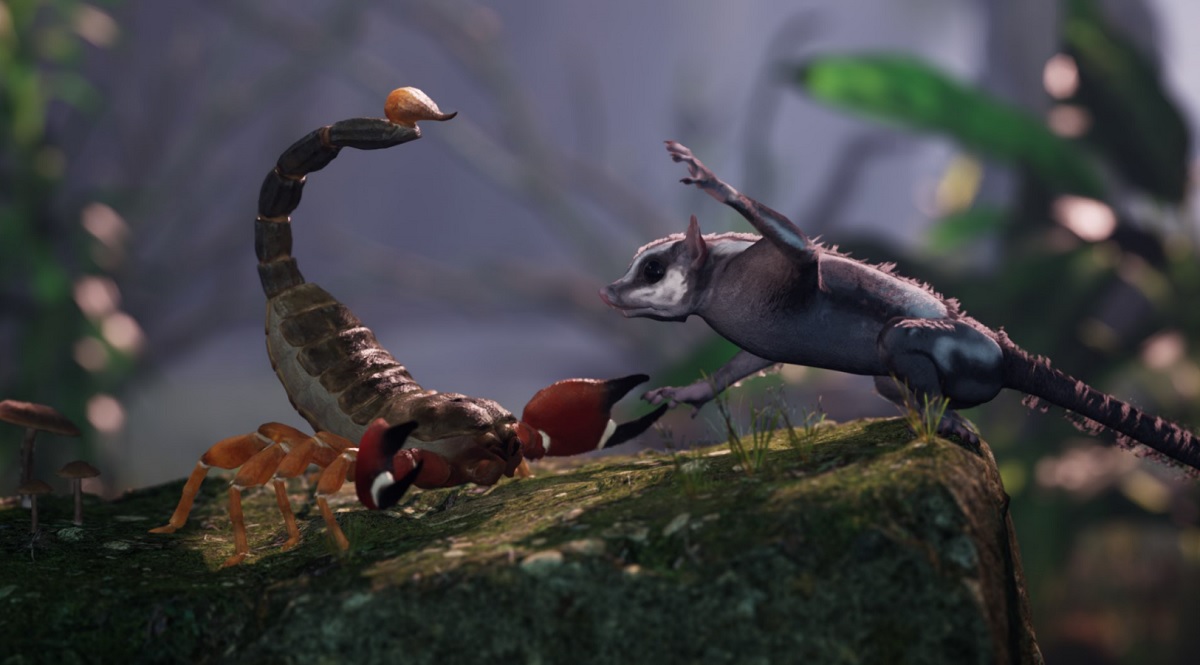 Above: The Sugar Glider squares off against the scorpion.

Breaking Walls has about 10 people on its team. The team has been working remotely, on lockdown.

“We’re trying to keep the key team spirit high regardless of the situation,” Nadeau said.

The game bears some resemblance to Ancestors: The Humankind Odyssey, the game produced by Patrice Désilets and his team at the Montreal-based Panache Digital Games. But this game feels very different. The release date isn’t set yet, but the game is being targeted for the PC (via Steam) and the PlayStation 4.

“There are similar themes, but explored from different perspectives,” Johnson said. “It feels more personal when you are the animal and the surroundings are falling apart. The environment itself becomes an enemy. As a Sugar Glider, you are very vulnerable and it gives you a new perspective on natural disasters.”

Xbox rules out hands-on previews for whole of 2020

Outriders Broadcast #4 To Reveal Expeditions, The Technomancer, And More On November 5