Epic Mickey is now 10 years old, and to celebrate, Hot Topic is releasing some new shirts based on the property. However, with this game being irrelevant for some time now with Disney barely recognizing it, why the sudden interest?

For those who are unaware, Epic Mickey made a splash on the Wii in 2010 with a neat concept: what happens to the Disney characters who are forgotten and lost to time? Directed by Deus Ex’s Warren Spector, the game featured a paintbrush, a unique tool that can either erase or bring back elements of the world. For example, if someone’s house is blocking Mickey’s way, he could erase it to form a shorter path or he could go around the long way.

The paint and thinner mechanic brought an interesting morale system that isn’t influenced by dialogue, it was caused by in-game actions. It was a surprisingly dark concept for a company that likes to stick so closely to family-friendly ideas.

So, it makes sense that a slightly edgy Disney game would be remembered by Hot Topic, a store primarily known for catering to dark and gothic teens. Go Nintendo found many t-shirt designs based on Epic Mickey that you can now purchase. The shirt below reminds you of the somewhat creepy atmosphere that Epic Mickey was going for. By the way, the concept art is incredible. 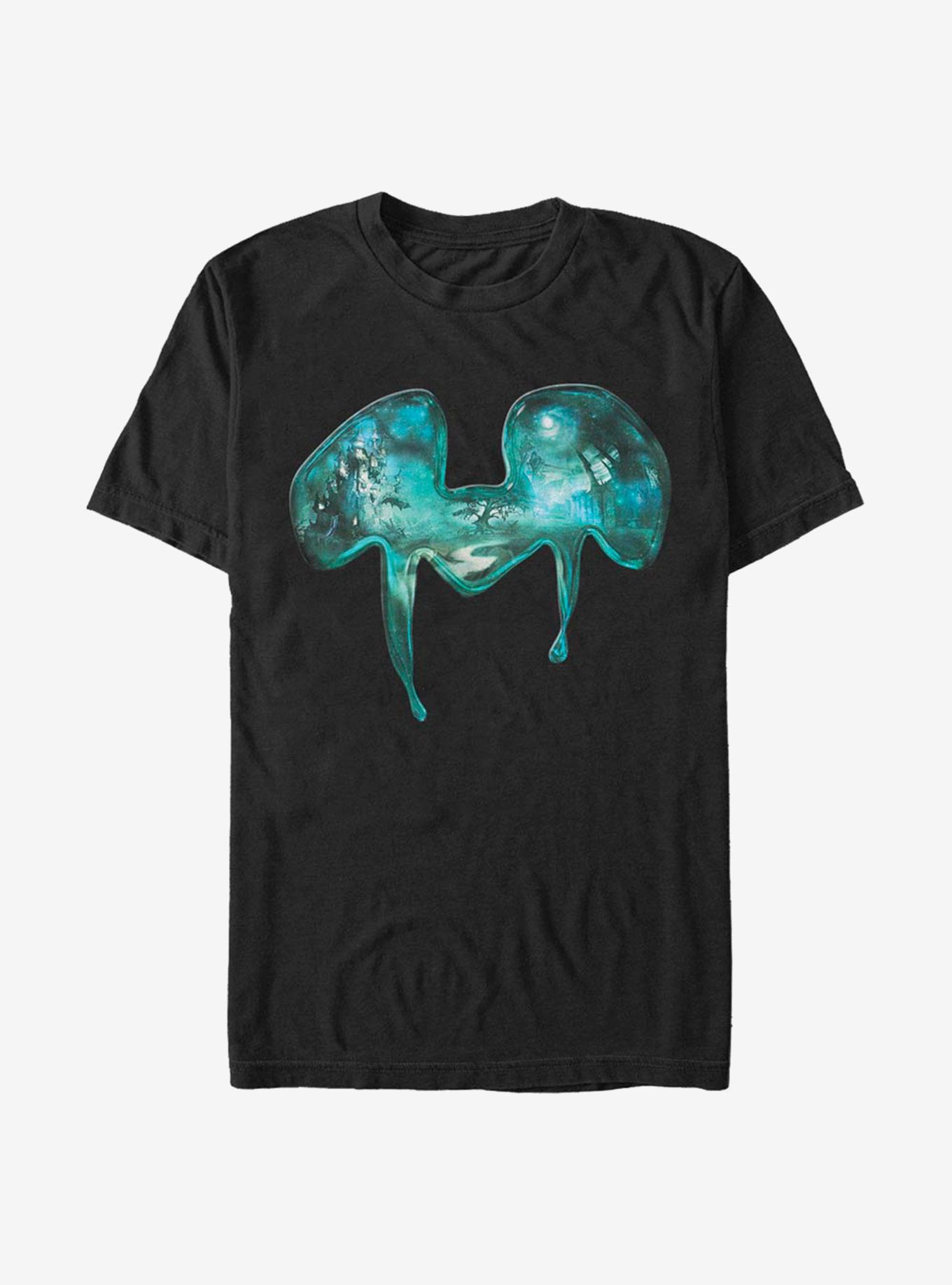 A lot of the shirt designs feature Oswald The Lucky Rabbit, a character that Walt Disney lost from copyright disputes with Universal. He was the perfect mascot for this game as he was the original forgotten character from Disney, so both Universal and the House of Mouse made a deal to trade sportscaster Al Michaels for the rabbit. True story!

With at least one plan to celebrate Epic Mickey’s 10th anniversary now underway, perhaps there’s a chance of the games being remastered for modern platforms. The original Epic Mickey is still stuck on the Wii, despite the sequel proving that the Wii Remote isn’t required for the game’s concept to work. It would be nice if the sequel was brought back, too, but it wasn’t nearly as good as the first one due to a terrible camera and forced co-op mechanics.

With Disney’s back catalog of Star Wars games being re-released on modern platforms like Star Wars Episode 1: Racer, perhaps a publisher will snap up the rights to bring back this cult classic Disney series. Only time will tell.

We Need To Stop Letting Ourselves Be Queerbaited By The MCU