With less than a week until Marvel’s Avengers finally arrives on the computers and consoles of fans around the world, Crystal Dynamics has written a series of blog posts surrounding some of the game’s mechanics and settings. One piece of the game that people were previously worried about was the inclusion of microtransactions, but the developers have shared some new information that has eased some of these concerns. 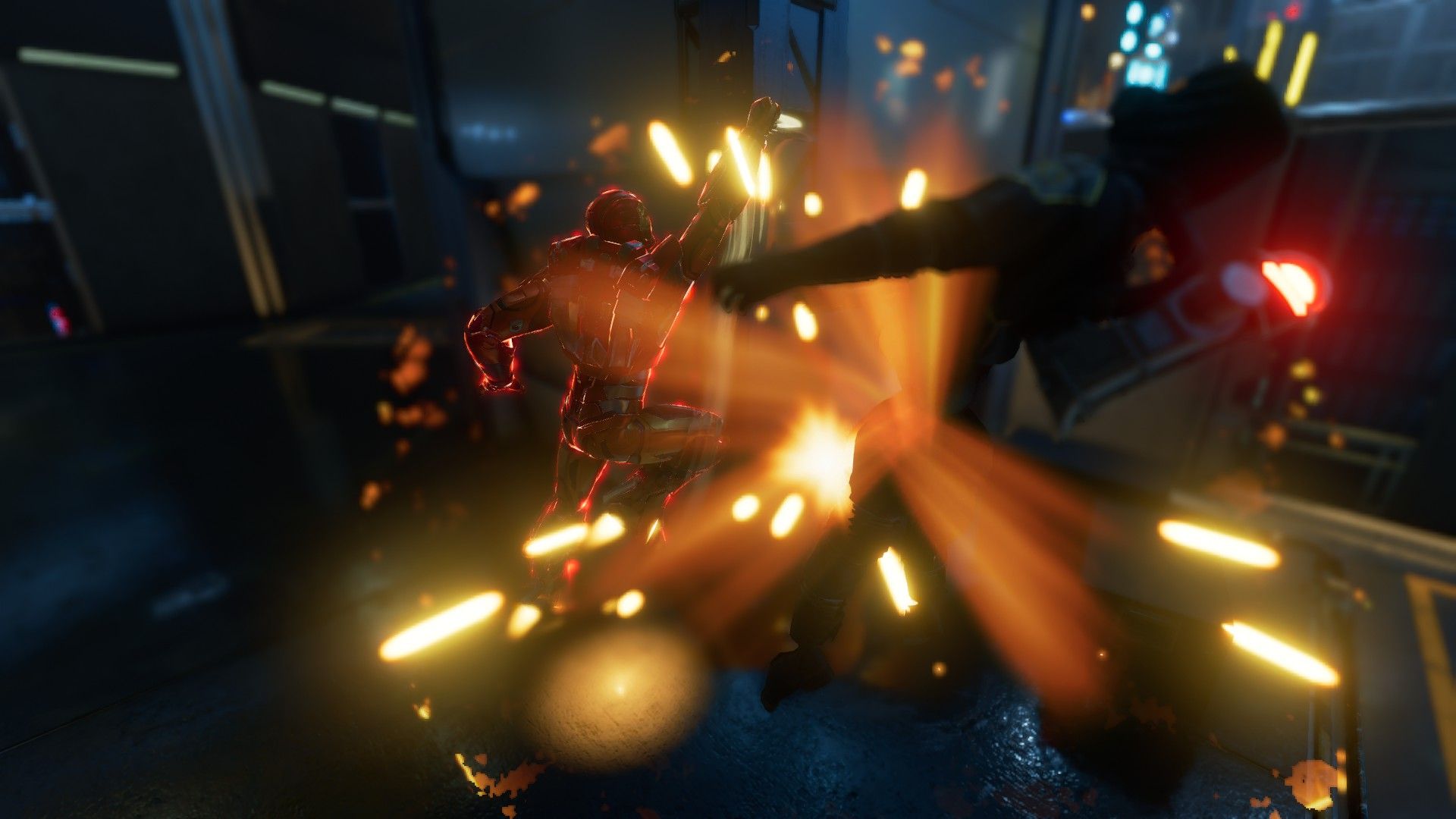 The first type of storefront comes in the form of vendors, which are NPCs that the Avengers will interact with in various mission hubs. Not all hubs have been announced, but it is clear the the S.H.I.E.L.D. Helicarrier will be one.

These vendors offer different items depending on the faction they are tied to, their location, and even what day it is. Items will rotate on a daily and weekly basis. Vendors are seemingly placed in one of two categories: gear and cosmetic.

Gear vendors will sell pieces of loot that can be equipped so that characters can gain stats and perks. Gear vendors accept a variety of resources in exchange for these items. Resources are obtained by playing the game and dismantling other pieces of gear. 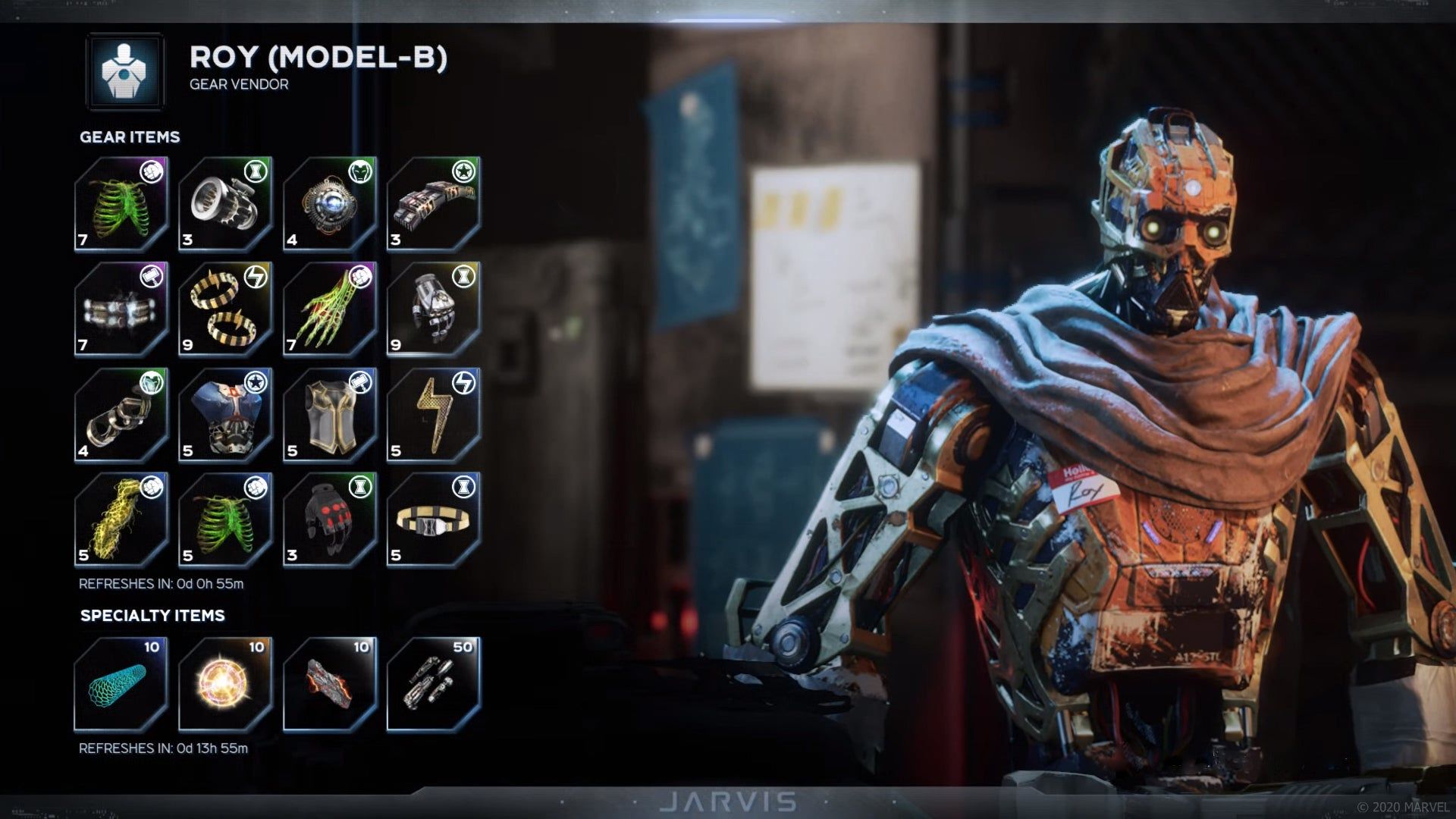 On the other hand, cosmetic vendors accept units, a non-premium currency, which can be found in chests and earned from raising faction levels. These vendors sell everything that doesn’t provide an in-game advantage, such as skins and emotes. Both types of vendors will feature rotating inventories of sellable items.

During the closed and open beta weekends throughout August, players were given access to the marketplace, a storefront that exists within the game’s menus. Players were unable to purchase any in-game currency during the beta, and instead were given a set number of credits that allowed them to test the purchasing process. The marketplace will return in the full game, and may possibly feature more items thanks to the addition of two characters and more time for items to rotate. 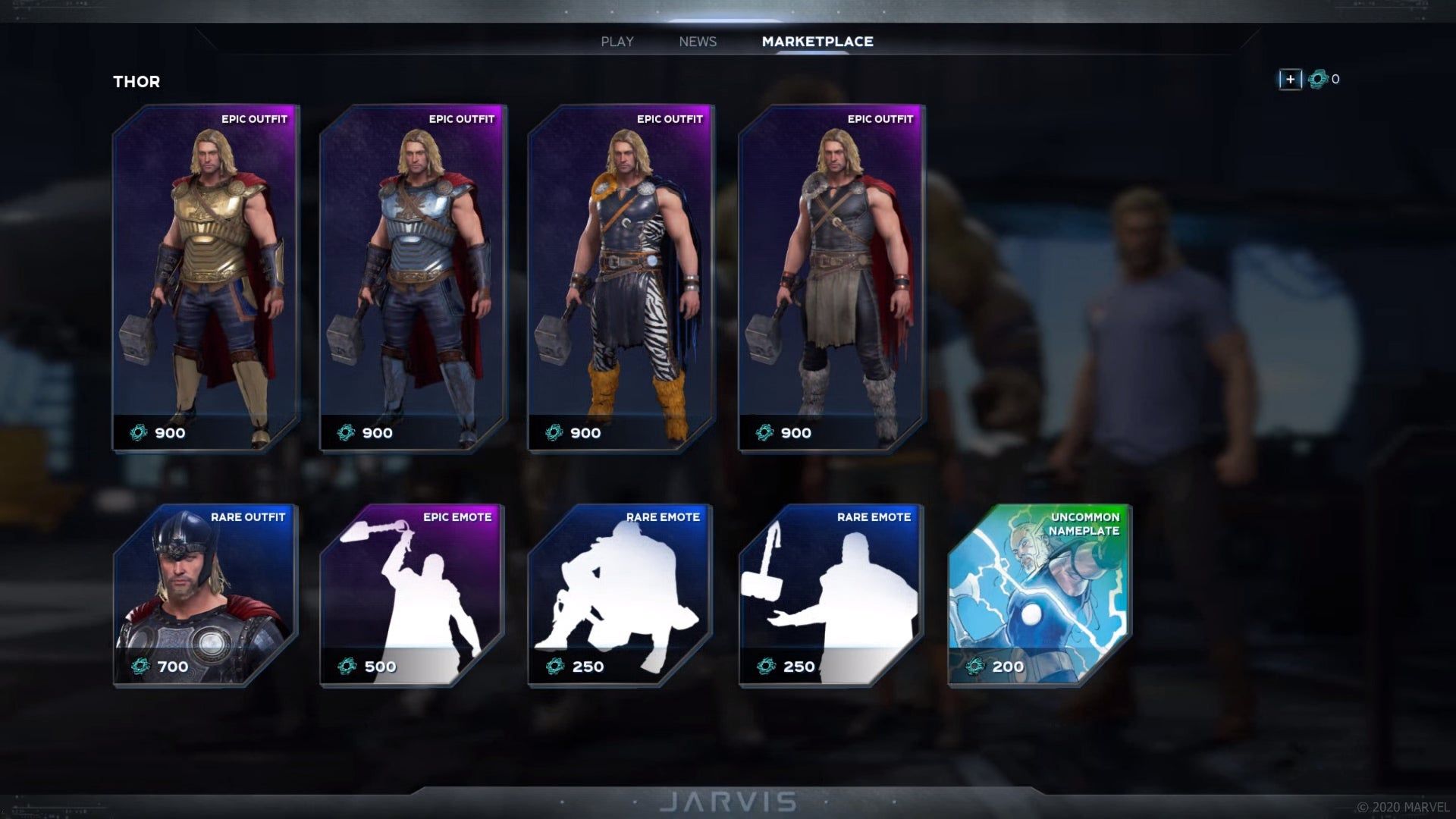 The final avenue through which players can obtain cosmetic items is each hero’s Challenge Card, this game’s version of a battle pass. Each character has their own Challenge Card and features both free and premium rewards. Luckily, the six Avengers that are included in the game at launch will have the premium tiers of their challenge card unlocked for free. This means that Challenge Cards for post-launch heroes are the only ones that will need to be purchased.

Challenge Cards reward players with cosmetics and various currencies, and the developers have confirmed that players will earn enough credits by completing the card to purchase another one. This means that, theoretically, if a player completes one of the main character’s Challenge Cards, they will be able to unlock an upcoming character’s card for free.

It seems that nearly all of the game’s available cosmetics will be available for free, as all of the game’s currencies will be earnable in one way or another by playing the game. It will likely take a month or two before players are able to fully determine if or how much exclusive content the marketplace features.

A New Pocky & Rocky Title Is Coming To Switch