Targets in Dishonored are always deeply horrible people. Corrupt politicians, traitorous clergymen, and scheming barristers are among the evil swines Corvo, Emily, and Daud introduce to the pointy ends of their blades. But in Death of the Outsider, a superb standalone Dishonored 2 expansion, protagonist Billie Lurk has a somewhat bigger fish to fry. Her target is no mere mortal: it's the mysterious black-eyed god known as The Outsider. This powerful, enigmatic being is the source of much of the magical, supernatural fuckery in Dishonored's bleak setting, and he dwells very much beyond the realm of the flesh.

Death of the Outsider launched 5 years ago on PC, Xbox One, and PS4. It originally began life as DLC for Dishonored 2, but naturally evolved into a standalone game. It marks the end of the series' Kaldwin Era—which began in the first Dishonored with the murder of Empress Jessamine Kaldwin. If Dishonored returns, it's likely it'll focus on new characters, locations, and storylines. This final chapter is a perfect finale for the arc, and a great game in its own right too. It's more limited in scale and scope than Dishonored 2, and roughly half its length, but in some respects its leanness actually works in its favour. 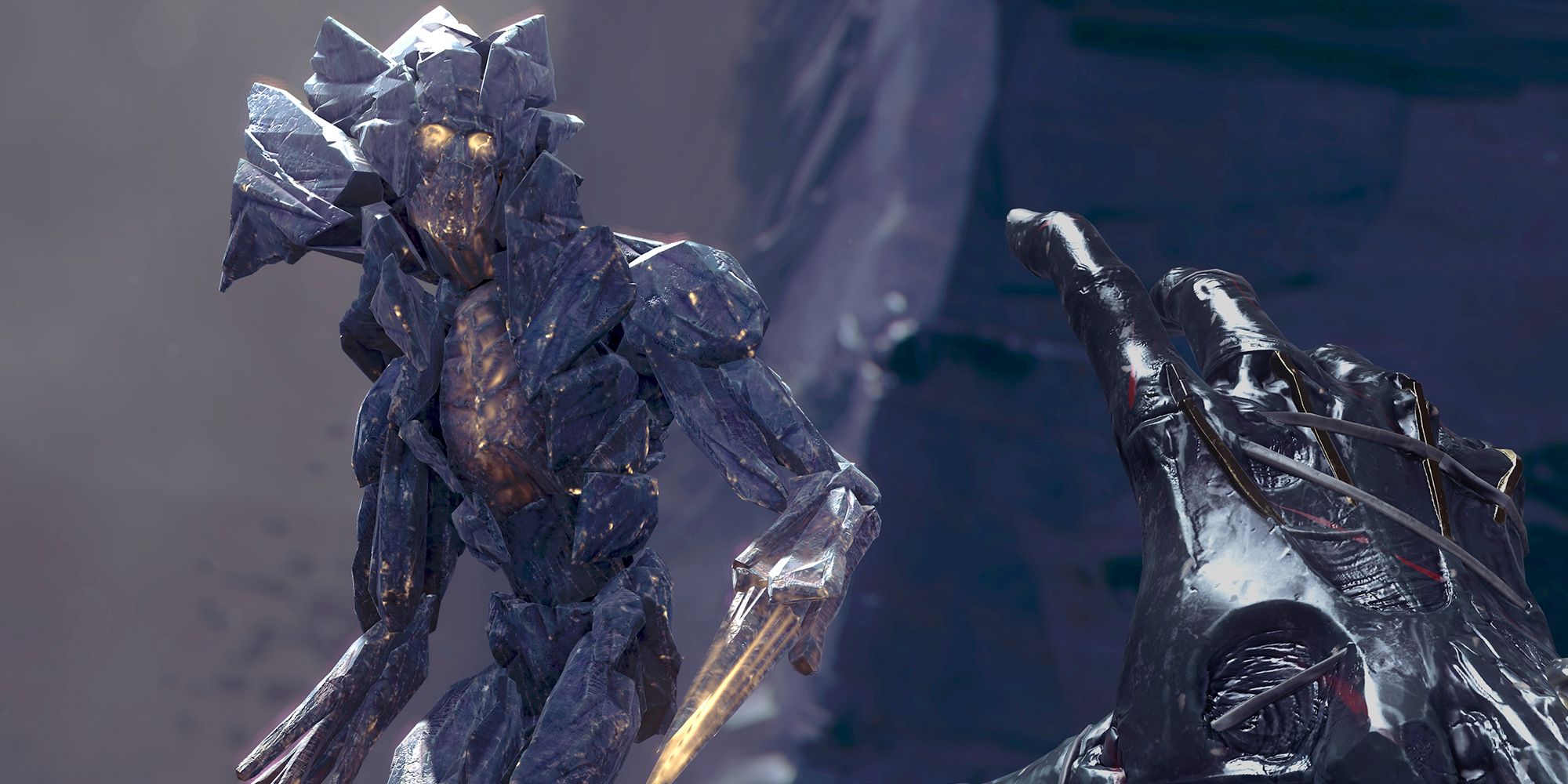 To stand a chance of assassinating her seemingly impossible target, Billie has to infiltrate a sinister cult, locate an enchanted dagger, and find a way inside the Void, the eerie otherworldly realm The Outsider calls home. Lucky for Billie she's been blessed (or cursed, depending on who you ask) with her own set of physics-defying Outsider powers. There's a delicious irony in using this meddling, morally ambiguous deity's own powers against him. A lot of them are based on abilities from Dishonored 2, but many of them have been remixed in a few interesting ways, which gives Death of the Outsider its own distinctive flavour.

One of the biggest changes in the expansion is that Billie doesn't have to constantly locate and drink vials of Addermire Solution to recharge her Void Energy and use powers. They recharge on their own, and surprisingly quickly too. Instead of Blink and Far Reach she navigates the world with the arguably superior Displace. With this she can place a marker, then teleport directly to it almost instantly. You don't even have to be looking at where you placed the marker. Wherever you're facing or however you're moving, hitting the button will always teleport you to your marker. It's faster than both Corvo and Emily's traversal powers too. 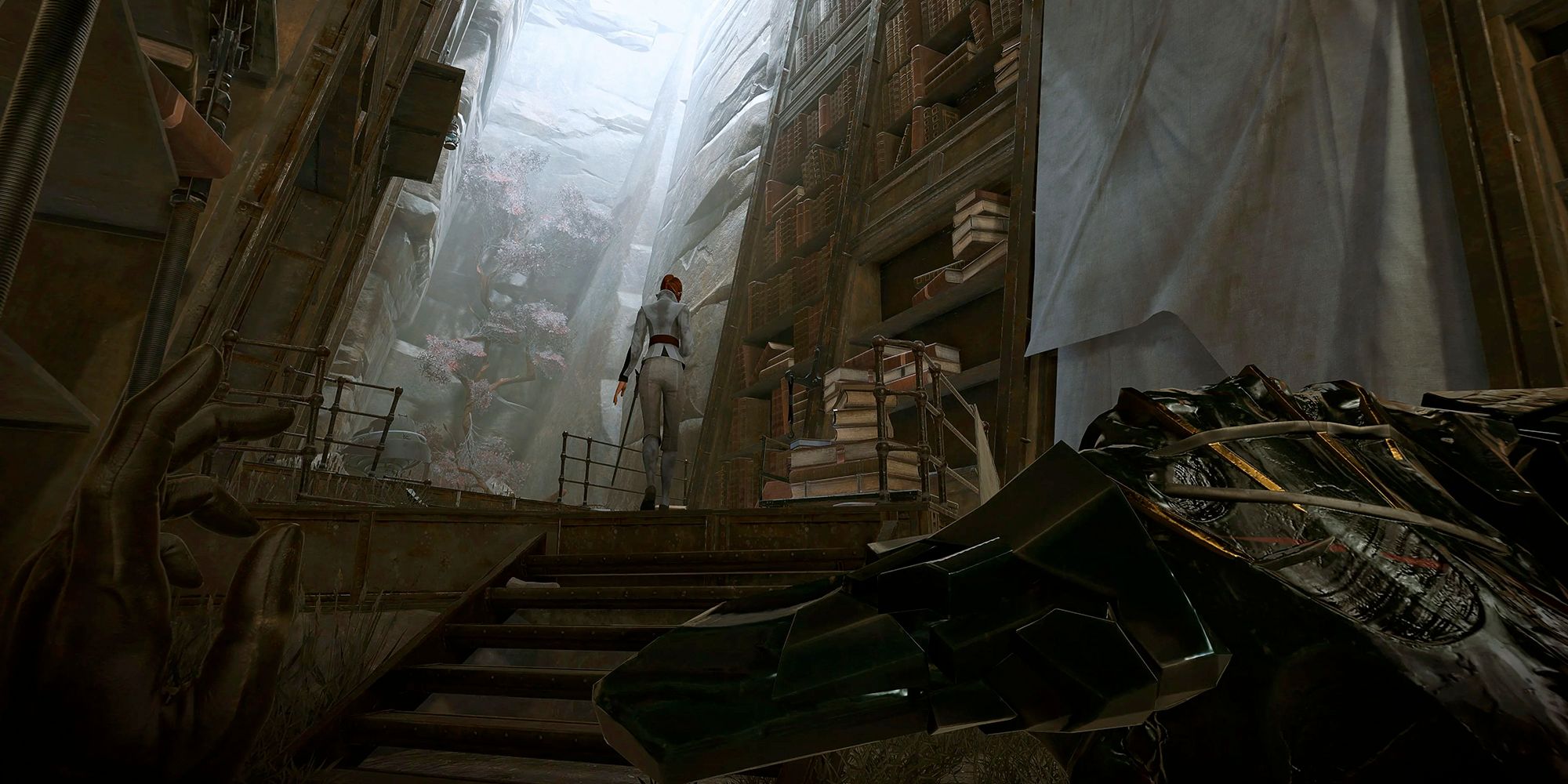 As for new powers, I love Semblance. This lets you grab an enemy from behind and steal their face, taking on their likeness for a few seconds. Use it on a guard and you can casually stroll past their mates unchallenged. Foresight is essentially a gamified 'noclip' mode, letting you freely fly around the level marking enemies and items. If you've played the other Dishonored games, Death of the Outsider doesn't feel like a radical departure. Veterans will have no trouble settling into its familiar pace and rhythm. But Billie's unique new powers, and the expansion's clever twists on old ones, makes it feel nicely distinct from the full-fat games.

Death of the Outsider takes place in the Upper Cyria district of Karnaca. As you might expect from an Arkane game, it's gloriously detailed and richly atmospheric. There's a lot of dizzying verticality too, letting you have fun with the Displace power. You also get to revisit Dishonored 2's Royal Conservatory, which has seen better days after Corvo/Emily's run-in with the witches in Dishonored 2. Between missions you hang out on Billie's rusty old ship, the Dreadful Whale, reading scattered documents, chatting with people, and fleshing out the story. It's a fairly typical Dishonored structure, but leaner and more streamlined. 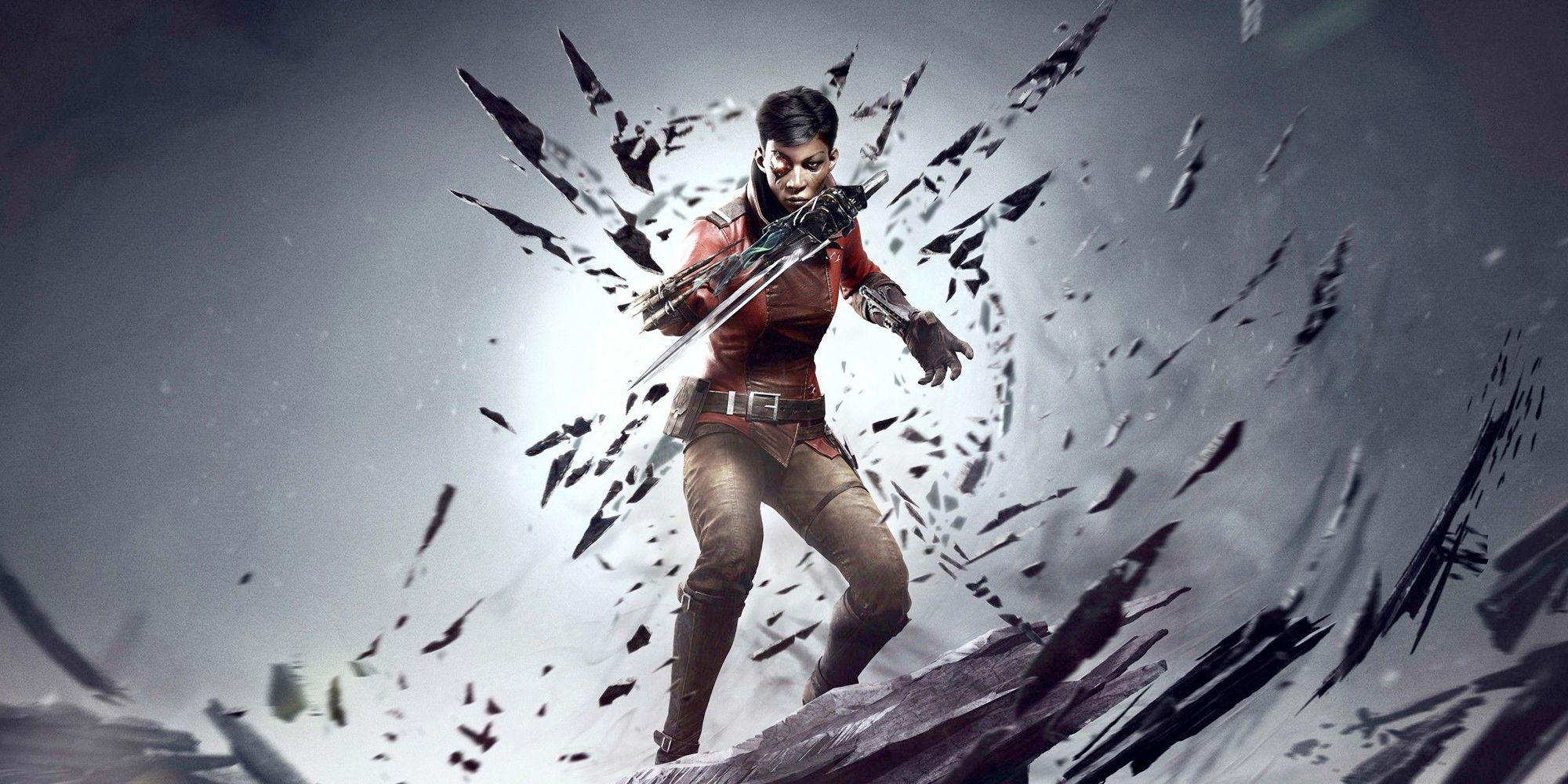 Death of the Outsider is one of the all-time great expansions. It proves there's value in taking the foundations of a bigger game and using it to create something smaller, more focused, and experimental. If Arkane ever makes another Dishonored game, I'd love to see more expansions and spin-offs in the same vein. Also, seeing as the fate of the flawed, interesting, and world-weary Billie Lurk is left open-ended, maybe it's time she starred in a game of her own. She's more than a match for Corvo and Emily, and I'm sure the developer can find a reason to send her to an unseen corner of Dishonored's sprawling, fascinating setting.

Lords Of The Fallen Reboot Announced At Opening Night Live

Minecraft: How To Mine And Make Your Own Obsidian

AMRI Included in BARDA CDMO Network in Support of COVID-19 Pandemic Response in the U.S.

Against Update Makes The Game Sharper, Easier To Read

Games To Play That Can Help With Managing Anxiety

Pokemon Scarlet & Violet: 10 Pokemon In Need Of A Gen 9 Evolution