Ravensburger has unveiled the product line-up for Disney Lorcana’s first set, The First Chapter, with 12-card booster packs, Starter decks, and even an “Illumineer’s Trove” bundle.

We also now have a confirmed release date for Lorcana, after months of nothing but “Fall 2023”. It will see a limited release in the US on August 18, ahead of a full international launch on September 1.

As revealed by IGN, The First Chapter will include “over 200 cards”, with booster packs including 12 cards each. This puts it more in the same scale as the Pokemon TCG’s (relatively) smaller releases, rather than the larger packs and sets of Magic: The Gathering, which frequently hits between 3-500. 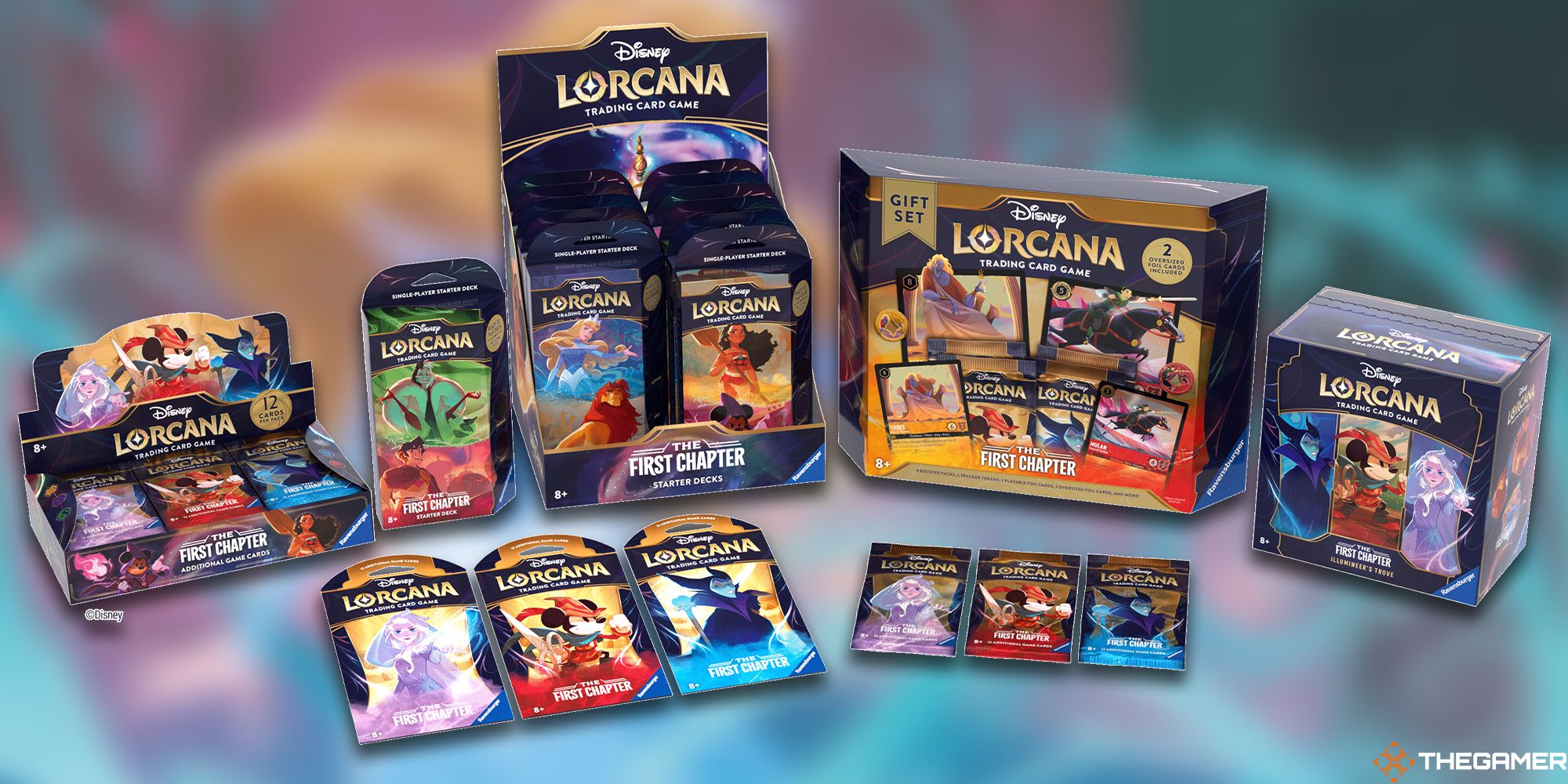 Alongside booster packs, Lorcana will launch with two bundles. The first is the Gift Set, which includes promo cards Mulan and Hades (as well as oversized cards), tokens, and four booster packs. Meanwhile, the Illumineer’s Trove will feature eight boosters, two deck boxes, a storage box, and a guide on how to play the game – much like Pokemon’s Elite Trainer Boxes.

Alongside the booster packs, Lorcana is launching with three Starter decks. Each 60-card deck combines two inks (Lorcana’s take on Magic’s colours or Pokemon’s types), and is lead by a different pair of characters. Moana and Mickey Mouse front the Amber/Amethyst deck, Cruella De Ville and Aladdin the Emerald/Amber deck, and Aurora and Simba in the Sapphire/Steel one. Each pack also comes with one booster pack, letting you at least somewhat personalise the deck straight out of the box. 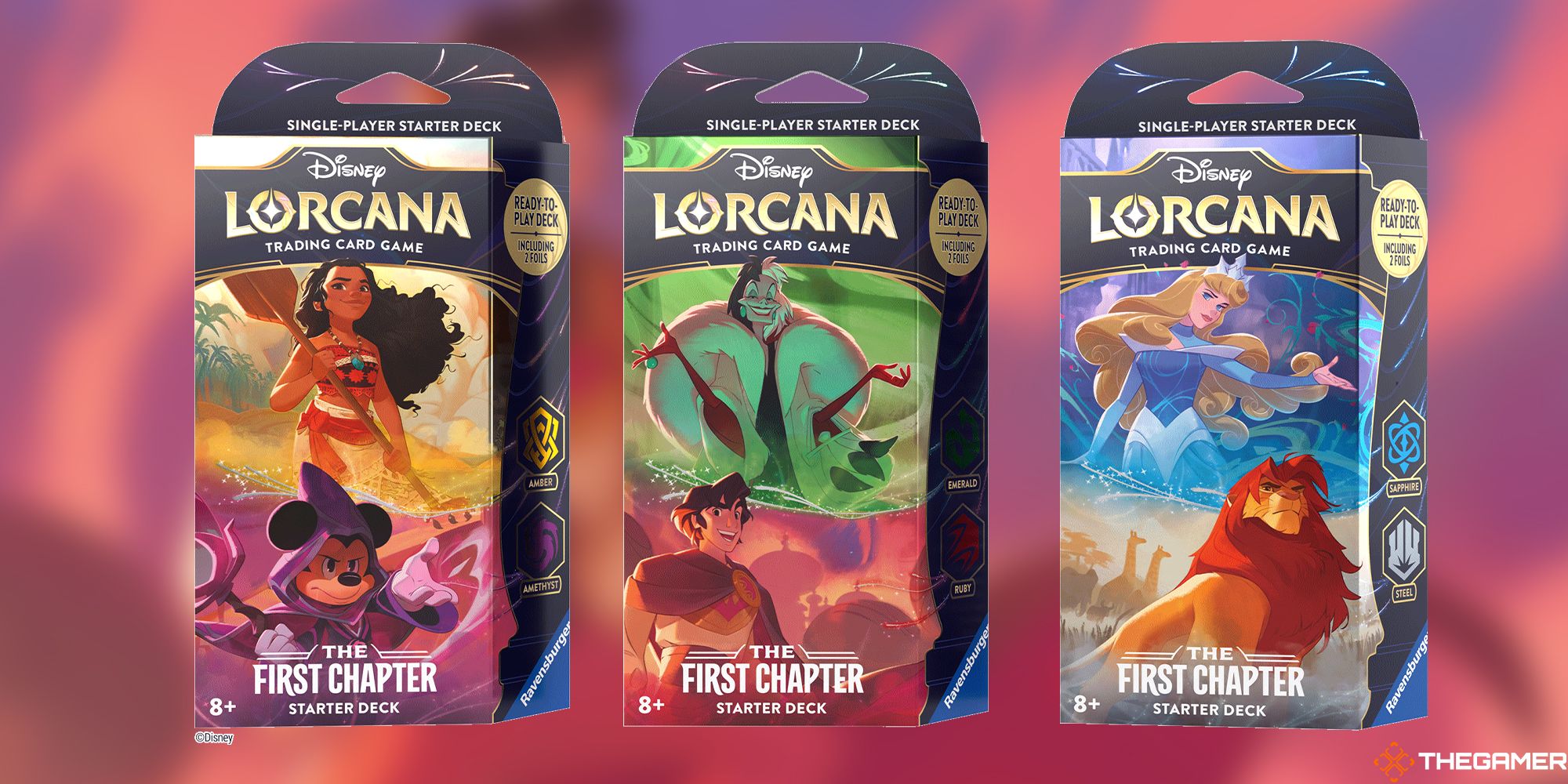 It was also confirmed that Lorcana will have three tiers of rare cards, more than both Pokemon and Magic: rare, super rare, and legendary rare. It wasn’t confirmed by Ravensburger how frequently each tier would appear in booster packs, but the closest comparison we can make would be the Digimon Card Game, which also has three higher rarities (rare, super rare, and secret rare), and includes at least one rare or higher in each booster pack.

This is by far the biggest reveal Lorcana has had since its initial announcement last year, after a dribble of previews that included the reveal of Action cards, Frozen's Olaf, and Lilo and Stitch's Jumba. In particular, the Gift Set gives us a hint as to how the game will play, as Hades’ card’s Shift ability all but confirms that the number in the top-left of the frame refers to some kind of cost required to play it. We should hear more about what this symbol means, and exactly how Lorcana is played, in a full reveal this Spring. 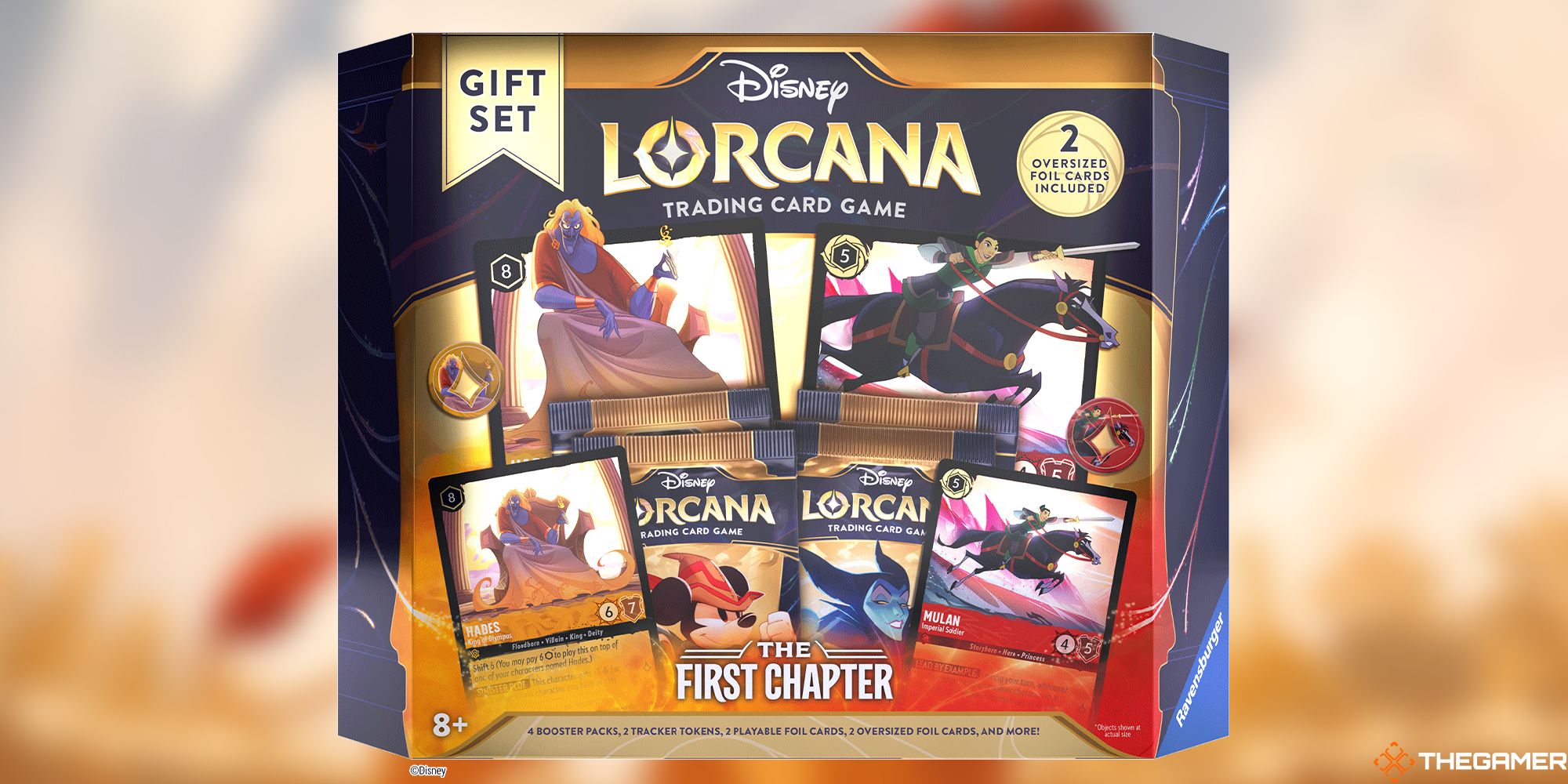 Lorcana will be rolled out in stages this August, with a limited release at Gen Con, held in Indianapolis from August 3-6. US local game stores will be the first to officially sell Lorcana from August 18, while Germany, Canada, the UK, and France will then receive it a few weeks later as part of a wider international release on September 1. Other regions have yet to be revealed.

The 2021 VIVEPORT Holiday Specials are Here!