In Dragonlance: Shadow of the Dragonqueen, the iconic Dragonlance setting finds its way to fifth edition Dungeons & Dragons. A new band of adventurers will toil through a world engrossed in war, helping shape the campaign's outcome while incorporating brand-new ways of play.

Along with the preview of Shadow of the Dragon Queen, we got a sneak peek at the new board game Dragonlance: Warriors of Krynn. This cooperative adventure for three to five players sees you performing large-scale encounters on battle tiles to determine the war's outcome. However, the most intriguing selling point is how the board game and adventure intertwine.

If you've ever wondered how to make grand-scale battles of war and destruction play out at the table, you can transfer your game directly over into the Warriors of Krynn board game for a large-scale assault and a break from the traditional combat sequences. 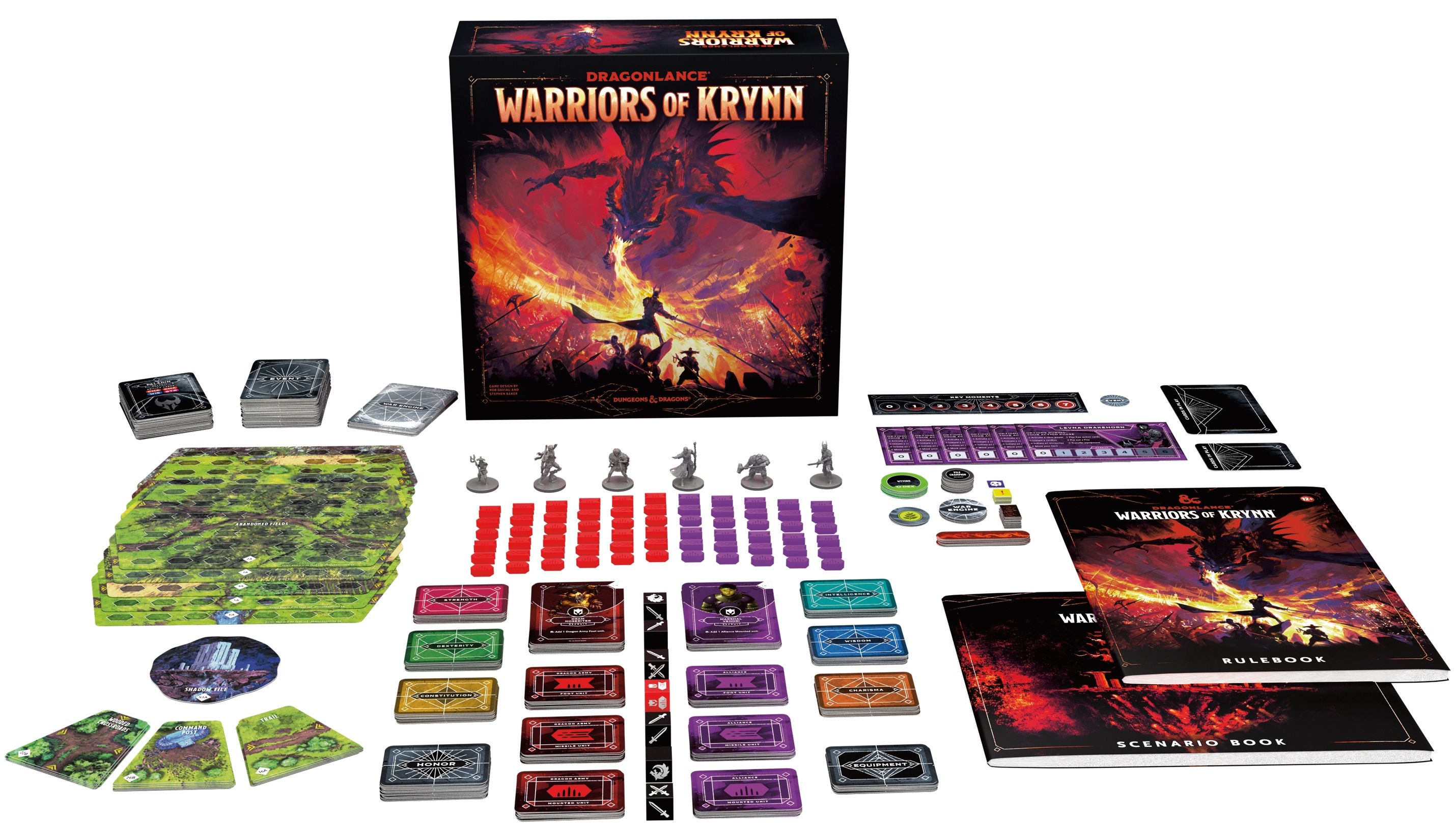 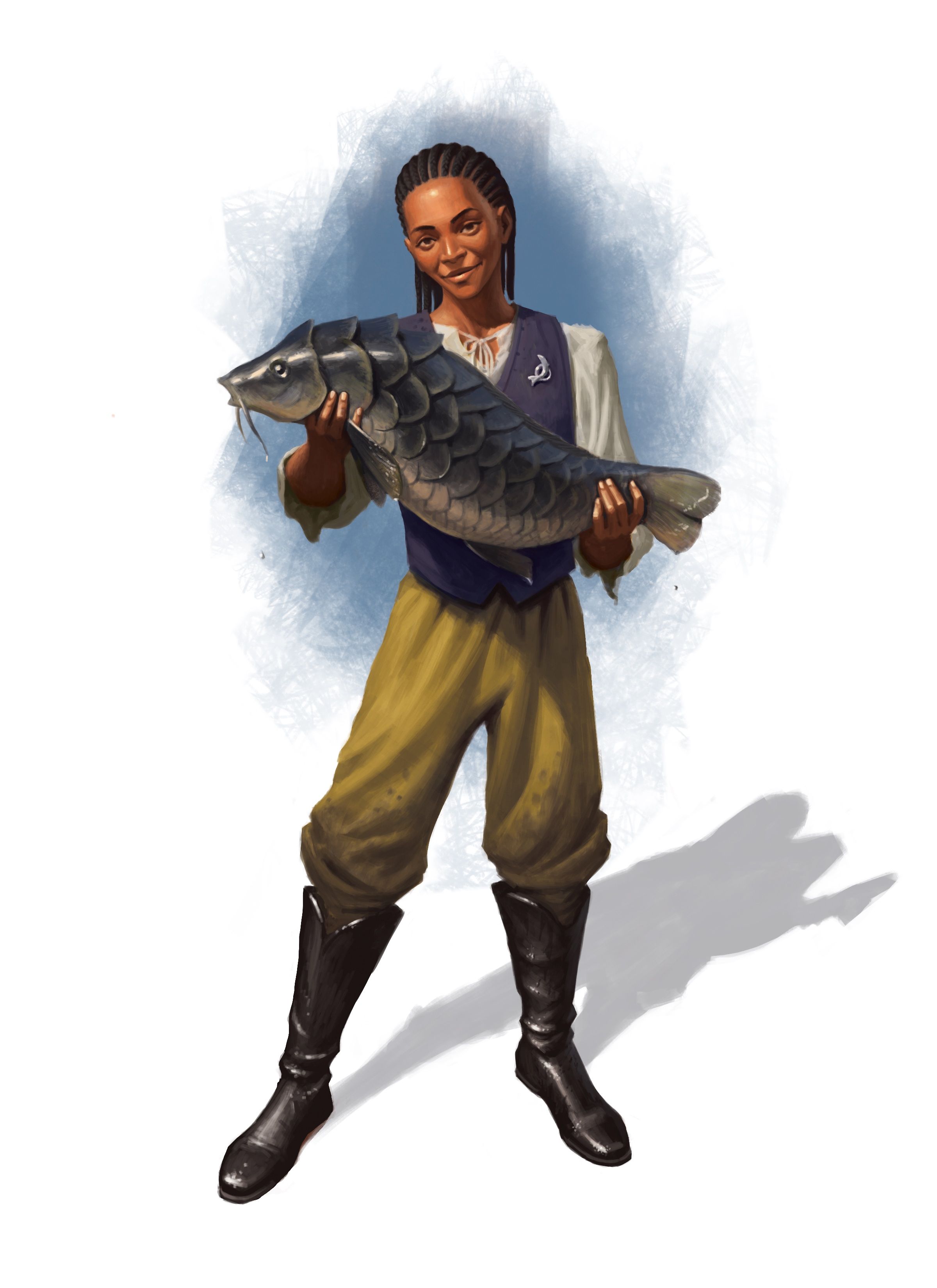 Conversely, you might meet someone you're introduced to on the battlefield later in the adventure. Imagine killing an enemy in the board game only to then realize the impact their absence will have on the campaign. Both experiences run parallel to one another and provide an intriguing way to handle war in a game that usually focuses on micro conflicts in its battles.

Admittedly, when I first saw the board game, I was a bit skeptical. While I'm used to legacy games and the excitement they bring to the table, Warriors of Krynn seemed a bit overwhelming with its rules and underwhelming with its execution. You'll be shaking the enemy, making sure you have more units in the line than the dragon army, raiding tombs to gain equipment, using separate custom dice (d6, not d20) to buy actions, and checking on your character's stress levels. It seems like a lot of rules to supplement your already running D&D game, and was a bit boring. Nothing was new enough to warrant a purchase; the problem is you've probably already created a way to handle large-scale combat at your table within the 5e rules. However, when I understood how the two products would work together, I appreciated how original the idea was. What sold me was both products' potential to elevate your campaign into something more. 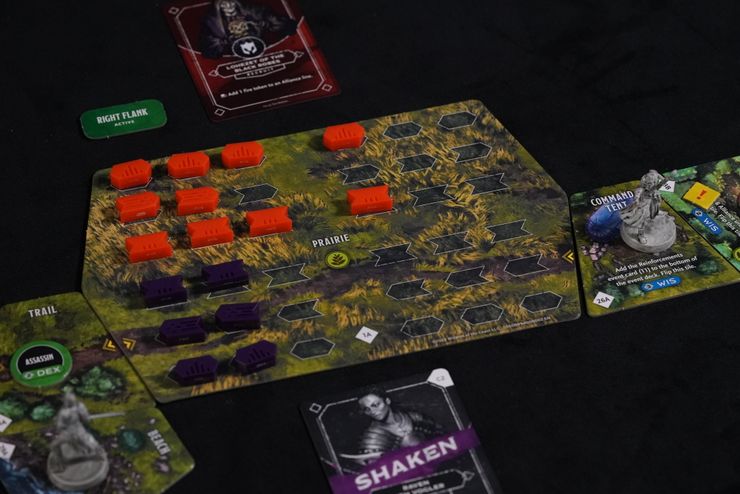 Creating a supplement that parallels your adventure is a novel idea. This combination removes the mundanity of small-scale conflicts and the frustration of inventing new ways to represent large-scale battles that are manageable and feel impactful if you haven't figured this out yet. A board game that allows you to bring in your created character and extend their playability beyond the books and your mind is exciting. Taking your character into a tangible war situation with real stakes, knowing that this board game will affect the future of your adventure, will make each battle an intense situation where the life of the character you're attached to is on the line.

This is where I started to change my mind about how useful the combination would be. I could already picture how my players would be more invested in this game than in other board games, and I could imagine the personalities of their characters being reckless as they attempt to play the game the way they battle in the adventure. It's easy to imagine how that'll affect the war in ways none of us will have planned for. They'll quickly discover that separating the party can be the death of an entire town or result in the invasion of a dragon army, possibly killing their favorite NPC when we transition back to the adventure. 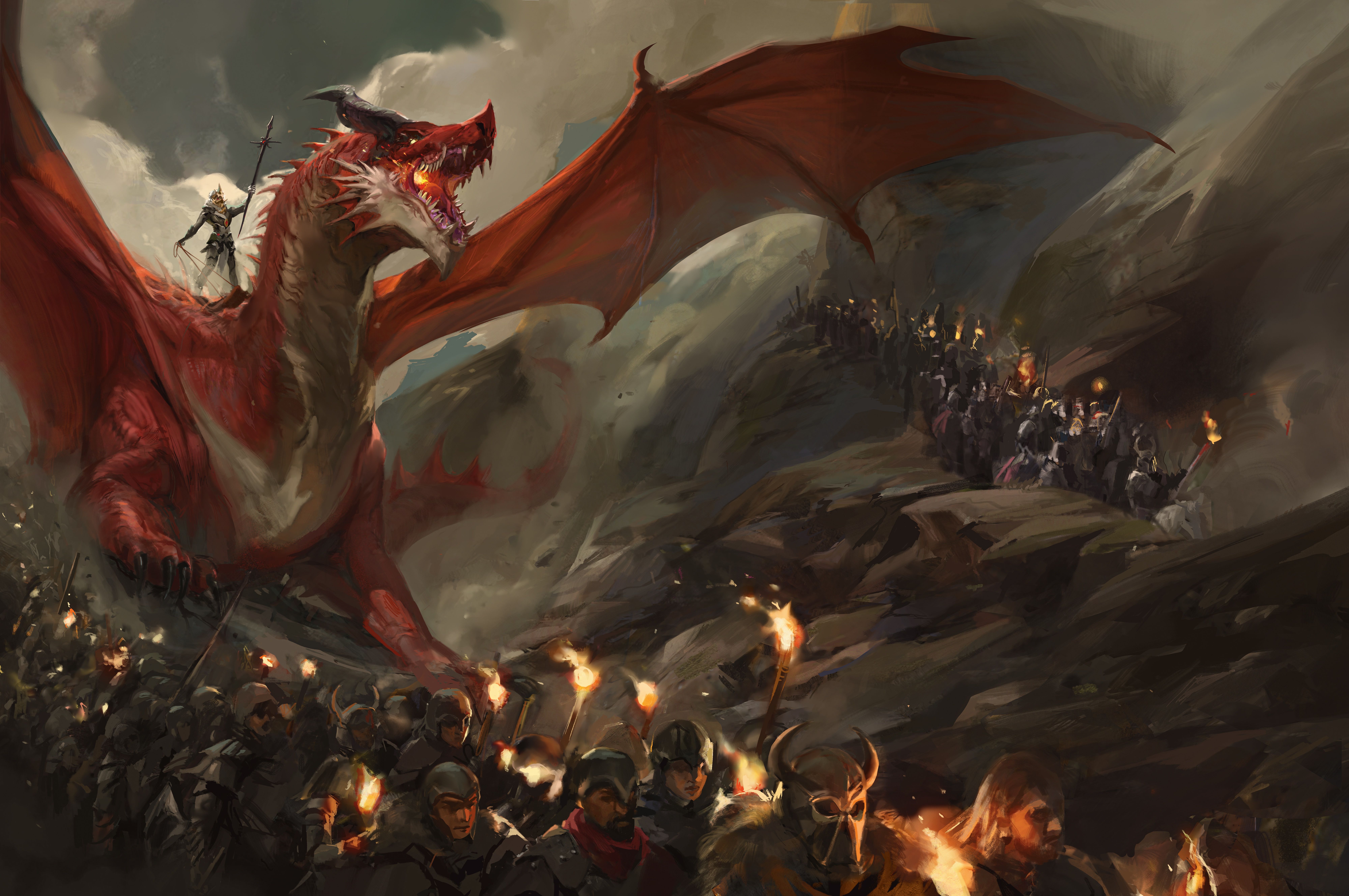 Most of the time, when we expect world consequences in D&D, it's for small-scale decisions affecting the world in ways we may not immediately recognize. With Warriors of Krynn, we already know what's at stake. The unpredictability and scope bring a new element of intrigue to your campaign – it's no longer just relying on your character skills to create a desired outcome. The fact that the DM doesn't control this combat, and can't flub rolls for the players to succeed, and the fate of the war and NPCs of the world truly falling out of your hands made me, as a DM, enthusiastic for what’s to come. There’s a certain air of predictability when it comes to D&D; no matter how hard you try to make player choice matter, you know the end of the story and how the situation should play out. I can’t wait for forever-DMs like me to finally be part of the unpredictable action, taking a seat as a player and watching the story unfold, not knowing the outcome. Everyone at the table will finally feel that sense of immersion and collaboration instead of the wall that’s usually between you and the DM.

There's also so much lore here to consider, and if you're familiar with Krynn, you can embellish or place this campaign in a timeline where you have so many ideas to pull from. The board game has all 12 D&D classes, giving you a familiar starting point, with bonuses on tiles for each class. This'll convey that feeling of ensuring each player character and class gets to shine for their unique abilities.

DMs can also use the opportunity to bring the board game to life in ways that wouldn't otherwise be possible. Using the scenarios to flesh out the enemy characters and bringing those battlefield experiences back to the adventure game affects how they react. You're given the unique opportunity to roleplay through the board game, providing villains with motivations and creating seamless transitions between the experiences to show how smoothly they fit together. 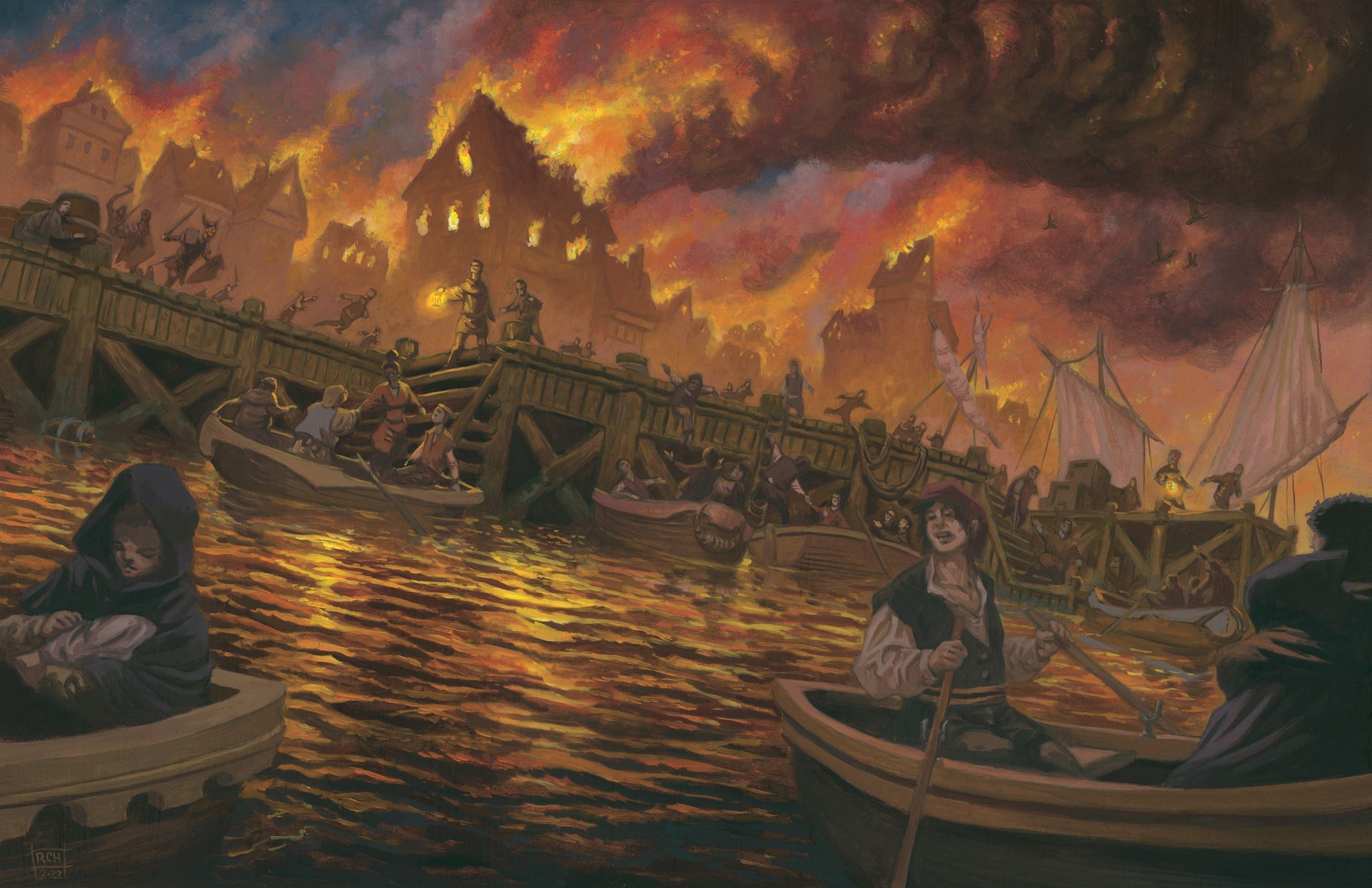 One of the issues with some of the officially published adventures is that they're too linear, or they'll sometimes feel like players need more choice in what they can do. Strixhaven didn't provide more than a few adventures and activities sprinkled throughout the book. Journey's Through the Radiant Citadel continued to have two-sided conflicts with few in-between choices, some of which only matter a little in the overall theme. With Dragonlance, it looks as if Wizards of the Coast is genuinely attempting to make the experience grand, providing players and dungeon masters with an adventure that spans multiple forms of media, turning a familiar setting into a brand-new experience that makes consequences finally matter.

I've been convinced by the potential of what these products can do together; only time will tell whether I'll be sorely disappointed or gushing about how much fun I've been having.

Dragonlance Shadow of the Dragon Queen and Dragonlance Warriors of Krynn will release on December 6. Digital early access through D&D Beyond will be available on November 22.

Mass Effect: Where To Find All The Turian Insignias

The Last Of Us Part 2 has gone gold, story will not be changing

Another Pokemon Go Makeup Event Announced For This Week

Octopath Traveler: Champions Of The Continent – How To Get The Battle Tested Sword