Blacktail starts out with you exploring a dream world. You’re taught how to shoot a bow and craft arrows before your dream eventually turns into a nightmare. You awake from the nightmare shortly after, but Blacktail never loses this dreamlike feel. You’re immediately dropped into a lush and vibrant forest, a childlike drawing of the sun hanging above you, and tasked with tracking down your sister. After hunting a deer for some food, you find a hedgehog struggling to reach an apple in a tree – the game’s first moral choice.

Morality isn’t a new concept that gaming has tried to tackle. In fact, you could argue that stories surrounding moral choices are overdone in the industry, making Blacktail’s attempt much bolder. Everything you do in the world has a result that swings your morality meter one way or the other, be that knocking down a beehive or giving the aggressive bees inside a flower. It’s these moral choices you’ll need to be aware of, as your journey through Blacktail differs depending on your actions.

That being said, morality doesn’t really affect the result of Yaga’s search for her sister in any meaningful way, at least in the game’s opening hours. Having played through Blacktail’s short preview twice to see how your moral choices affect the story, it’s the journey that changes while the destinations remain the same. The people you meet differ depending on how many hedgehogs you’ve killed or blackbirds you’ve saved, but the game struggles to give its morality system any meaning outside of minor gameplay tweaks and a handful of skills. Blacktail could lead up to a climactic choice in the long run, but both moral paths led me to the same goals and the same boss fights – both lead to the same game.

Thankfully, the journey itself is a delight, and exploring Blacktail’s world is a joy made all the better by a talented group of voice actors bringing the forest to life. Characters are few and far between, but speaking with them is one of the game’s brightest highlights. Whether it be the small, evil mushroom Slippery Jack, or the constantly confused insect Mr. Larvae, there’s a wide range of personalities to be found, and it made exploring more enjoyable knowing there might be another strange little creature waiting around the corner. 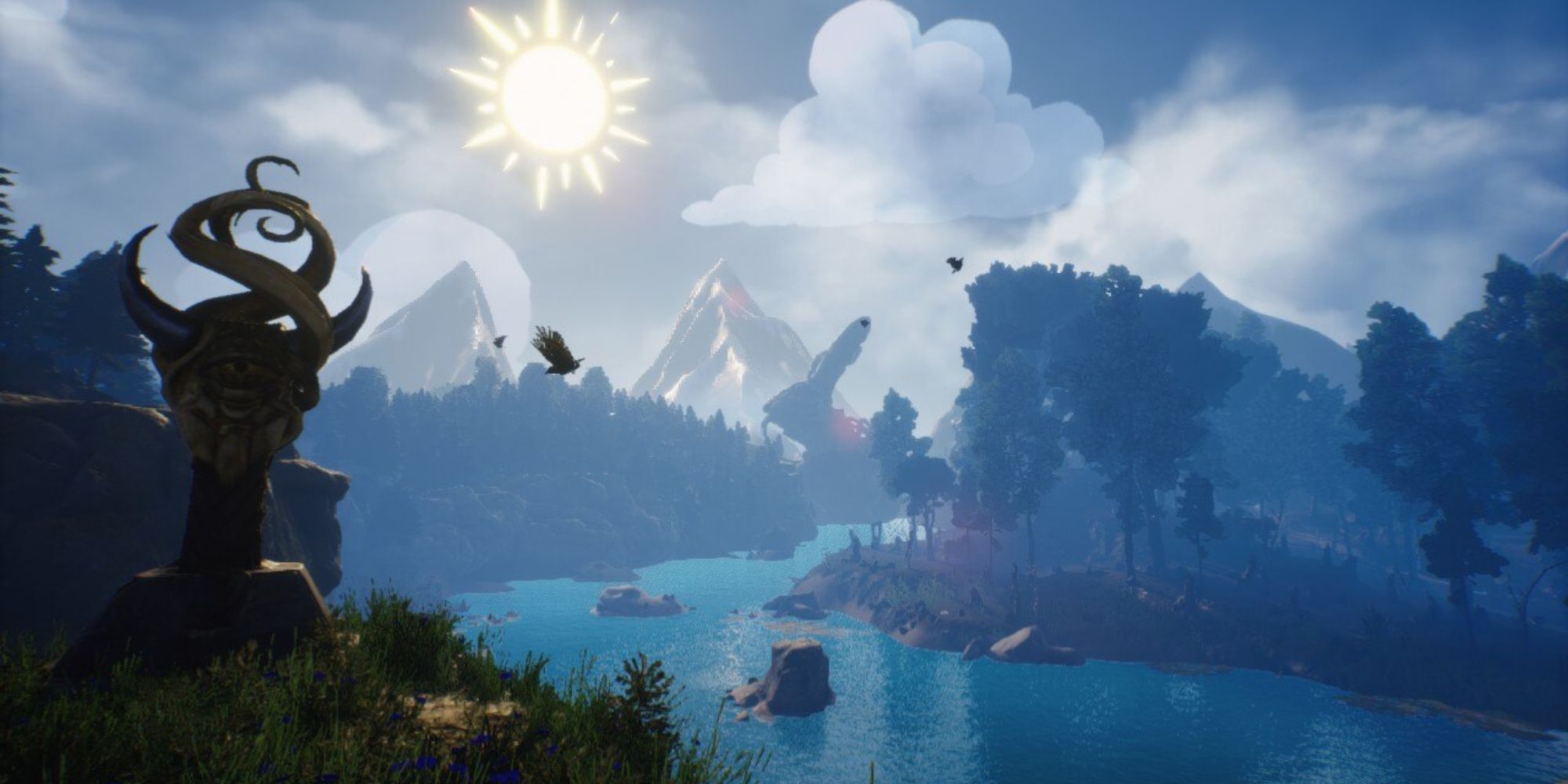 Blacktail also likes to reward keen explorers by hiding collectibles and resources in caves and secret glades. These resources can be used to acquire skills from the game’s skill tree, which can only be accessed via a cauldron in a location called The Hut. Each skill grants passive buffs like increased draw speed for your bow or extra points of mana for your spells, but having to trek to the nearest fast travel point each time you want to upgrade yourself is a pain, especially if you’re low on health or crafting materials.

These resources are also usually guarded by the denizens of the forest that you’ll need to take down with your trusty bow. Firing off arrows from a distance into unaware creatures is very satisfying, and there’s plenty of room for different types of ammunition or interesting skills to shake up combat later down the line. Unfortunately, there’s almost too much emphasis on ranged combat, as you’re almost defenseless when enemies get up close. 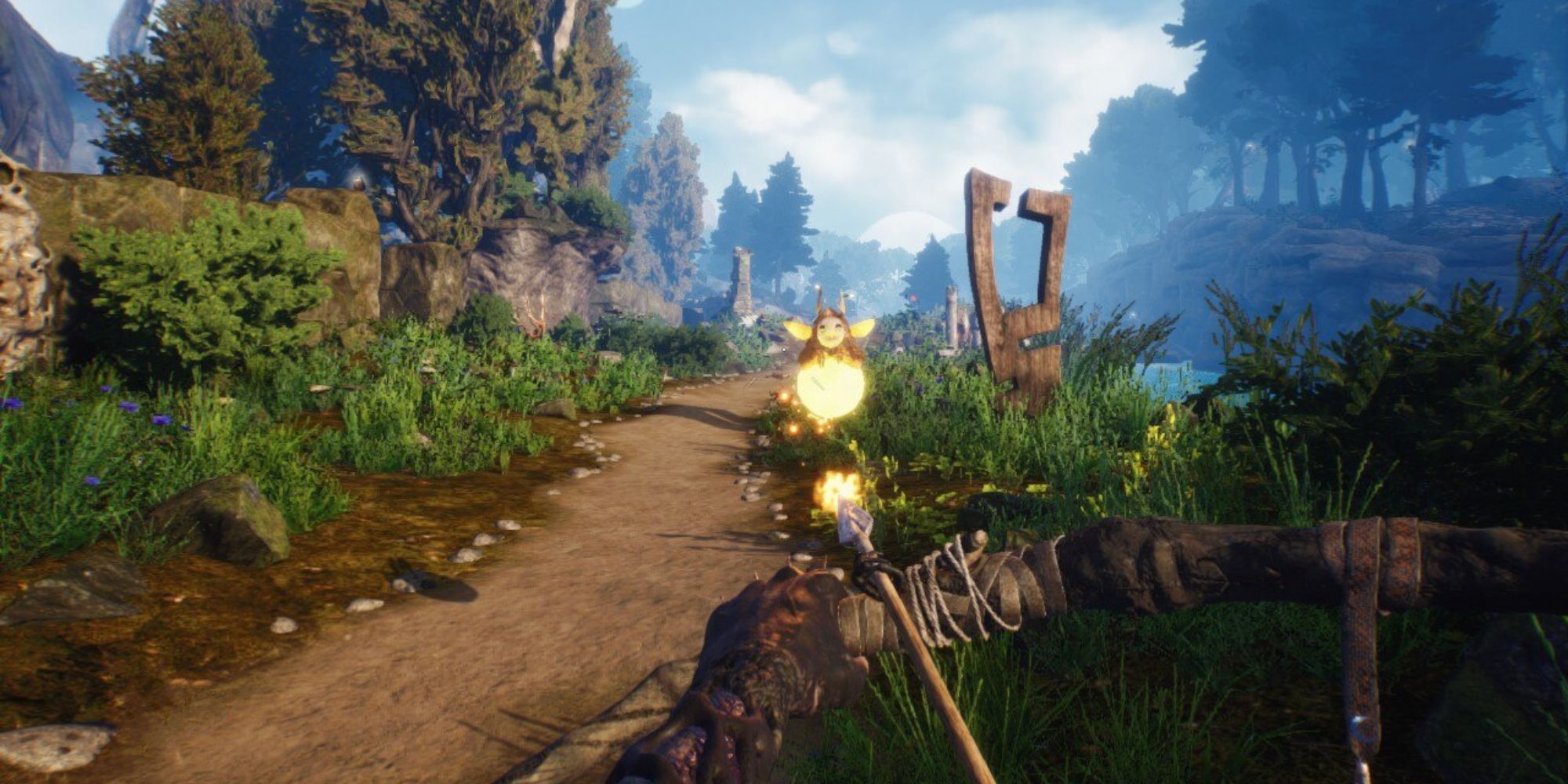 There’s a handful of evasive techniques you can pull off to get out of harm's way, but I couldn’t help but wish for some sort of a damaging melee attack. All you have at your disposal in the game’s opening is a spell that trips up charging foes, but you do receive a broomstick later on that distracts enemies long enough for you to get some distance. I only got to use this mechanic during one fight before the demo ended, but it did make me hopeful that combat may evolve significantly more in future areas.

In the end, I was quite disappointed that my time with Blacktail ended when it did. It has a world that’s fun to explore and a story that, while held back by a morality system that hasn’t yet proven its worth, was pulling me along quite nicely. It’s a satisfying romp through a fantasy forest full of weird little storybook creatures and evil talking mushrooms. What’s not to like about that?

If you’re still looking for a digital LED infrared no-contact thermometer, here’s one on sale