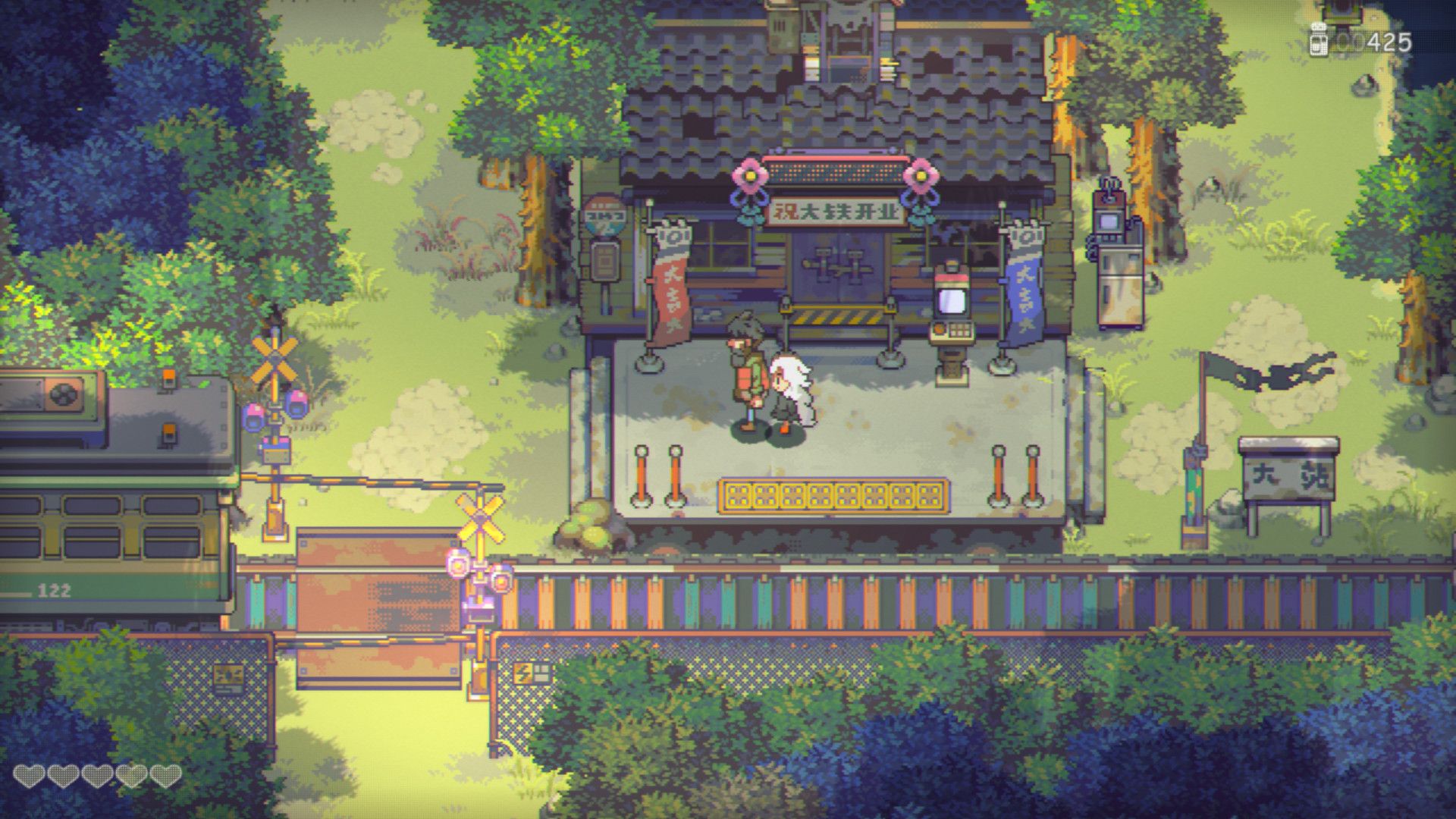 A new indie game tries to combine two of Nintendo’s most iconic franchises, using some of the best 2D graphics ever seen.

Back in the mid-90s, at the start of the PlayStation era, it seemed like 2D graphics would quickly become obsolete, a forgotten evolutionary step on the road towards photorealistic visuals. And for a long time that was the case, with any subsequent game that dared to feature pixel art graphics instantly dismissed for being hopelessly old fashioned. Things only began to change with the rise of indie gaming in the mid-2000s, a path which has led to a game like Eastward being in contention for the best-looking game of 2021.

Along with its hand drawn artwork and character designs, Eastward is an almost flawlessly beautiful game, drawing on many obvious Japanese influences, most obviously EarthBound, and yet still having a unique style all of its own. Despite the 2D, overheard viewpoint some of this is down to modern technology, in terms of the higher resolution and features like dynamic lighting, so this looks much better than anything that was ever possible in the 16 or 32-bit era.

Considering it was never a hit when it first came out (and was never originally released in Europe) EarthBound has had a surprisingly influential legacy, even if most people are probably most familiar with it via Smash Bros. As a turn-based role-player EarthBound is far from the only influence on Eastward, though, with the game also owing a large debt to the 2D Legend Of Zelda games. Eastward looks far better than either franchise ever has but the real question is whether it plays better than them too…

Eastward has two protagonists, who you can switch between whenever you want, with the mute John and the extremely talkative Sam coming across very much like a homage to Joel and Ellie from the first The Last Of Us. The plot is surprisingly, and purposefully, aimless for a long period of time, as the duo attempt to escape the miserable post-apocalyptic world they live in and find freedom on the surface.

Unfortunately, there’s an immediate disconnect between how well animated the characters are, and how much that implies about their personality, and the overwrought, cliché ridden dialogue. At times it almost seems like it’s trying to outdo Disco Elysium in terms of how much text it can regurgitate onscreen, with even seemingly minor conversations going on forever, for no good reason.

Just like EarthBound, enemies are all extremely silly, from flying, two-legged pigs to man-eating plants and frog people. Unlike EarthBound though you don’t fight them in turn-based combat but real-time, with John employing a range of melee and ranged weapons, starting with a frying pan, and Sam utilising her psychic powers to help him, with her ability to freeze them in place being especially useful. The combat is clearly inspired by Zelda, and like everything else looks gorgeous in action, but it’s ultimately very simple.

While John takes the lead in combat, Sam comes to the forefront when puzzle-solving, which, as you’ve probably guessed, is also inspired by Zelda. Or at least a Fisher-Price version of it. There’s a lot of blowing up obviously fragile walls with bombs and messing around with switches, but as with the combat there’s little substance or originality to any of the obstacles.

Eastward also has lots of mini-games to punctuate different moments, and while none of them are very complicated the rafting, baseball, and cooking events offer a welcome change of pace. There’s even an entire game-within-a-game called Earth Born, which is a highly addictive roguelike dungeon crawler that looks and plays like an 80s era Final Fantasy.

It’s not entirely retro though as you can retain newly recruited characters between runs and buy ‘Pixballs’ at random before starting. These are essentially play-to-win, gacha style microtransactions, but if Eastward is trying to make a point about their use in games with real money it doesn’t come across clearly.

Given how simple the combat and puzzles are the only time the gameplay really comes alive is during boss battles, where the idea of controlling two different characters with very different abilities suddenly threatens to become interesting. Whether the whole game was meant to be like this or the boss battles just accidentally hit upon the game’s true potential isn’t clear but it’s a shame to see things only really shine during these moments.

It’s the storytelling that really lets the side down though, as it plods towards the conclusion. It’s frustrating not just because you get sick of the fact that nobody can ever get to the point, but because the pacing is very poor, with dungeons and other action set pieces existing as oceans of fun in a sea of unfunny skits and side quests.

To make things worse, towards the end, the story goes completely off the rails in a tiresome attempt to get all post-modern and serious. It could’ve worked but the plot loses itself in multiple digressions and ends in a highly unsatisfying manner, with too little resolution.

A lot of work and effort has clearly gone into Eastward but the only unequivocal success is the visuals, with their gorgeous Metal Slug-esque animations, stunning attention to detail, and great use of colour. The graphics are fantastic but nothing else about the game comes close to deserving that adjective. And yet, at least for the first half, it’s still worth putting up with everything just to experience the graphics in all their glory.

In Short: The 2D visuals are absolutely stunning, but the simplistic action and pretentious storytelling undermine what could have been a true neo-retro classic.

Pros: Some of the best 2D graphics and animation ever seen in a video game. Combat is simplistic but entertaining and there are certainly moments when the characters are too.

Cons: Wordy, grandiose script and poorly paced progression saps all the momentum out of the game and underlines the shallow gameplay.

No Man’s Sky: What Is Deuterium And Where Do You Get It?

The DeanBeat: The game industry rolls with the punches of the coronavirus