Goat Simulator 3 is a technical marvel. It’s endlessly explorable, every item interacts with one another, and almost everything on the map interacts with every item. The mayhem I got up to during a demo at Gamescom is a true testament to the devs’ talent and passion, as I solved puzzles using the game’s creative mechanics, and annoyed the hell out of all the other players.

So why is it that after a half hour of messing around as a troublemaking goat, I don’t really feel the need to pick it up again? I appreciate Goat Simulator 3 for what it is, especially for doubling down on the silliness that put the first entry on the map, but no matter how many item combinations I tried out, it’s all the same joke, again and again. Sure, Goat Sim 3 is padded out with a bit more than its predecessor, but it doesn’t stop it from still having a pretty limited appeal, and not one I’d recommend to anyone who was thinking of playing solo.

The very nature of a game where you run around as a goat with very little direction was always going to be a bit limiting. Rag dolling and carrying things around with your tongue is fun and all, but it’s hard to imagine that this will be enough to sustain more than a couple of game nights with my mates. And that impression stayed with me throughout the demo. 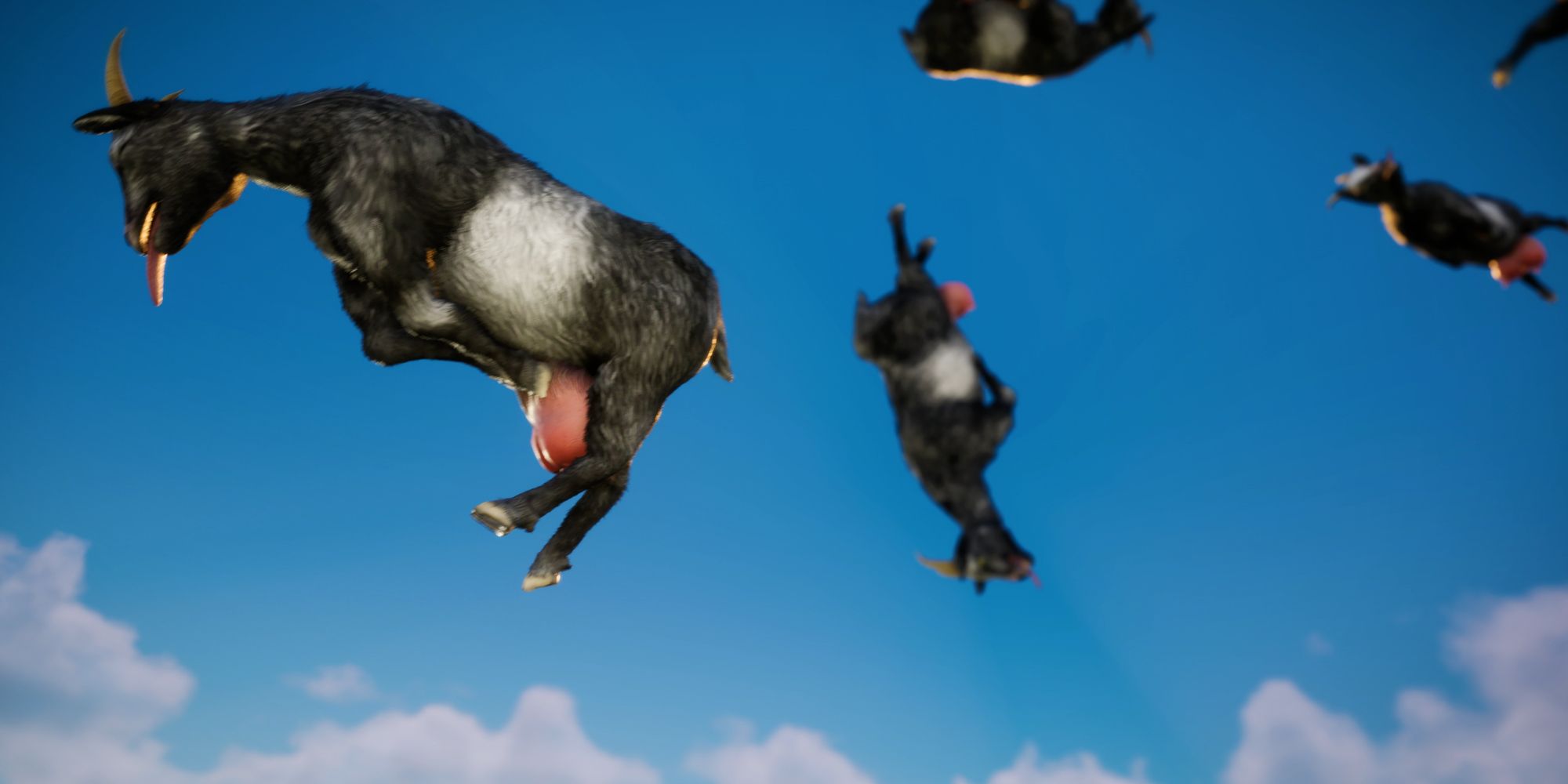 Experimenting with the items was great, until I found the one that let me launch NPCs into the air, then I just stuck with that one. Everything else felt dull in comparison. It was the same story when I managed to find a way to plant a beanstalk that grew every time I yelled at it. I proudly stood atop my creation, ascending hundreds of feet into the sky with each ‘bah’. I then jumped down and fell to the bottom as soon as I realized there wasn’t a whole lot to do up in the sky. At least there’s no fall damage.

There was more success with the minigames, at least. During my demo, we messed around with Car Derby, which while looking like the dullest game on the list, was a heap of fun. Driving around in a car driven by a bright pink goat had a smile on my face throughout, and the mechanics were surprisingly solid. You can blast through almost everything on the map if you’re in a vehicle, which is the best way to get around the game’s clumsy mechanics, as weaving away from hazards would be a nightmare. The final game will have a bunch of other modes to choose from too, such as King of the Hill and Prop Hunt, which will make for some very welcome variety. 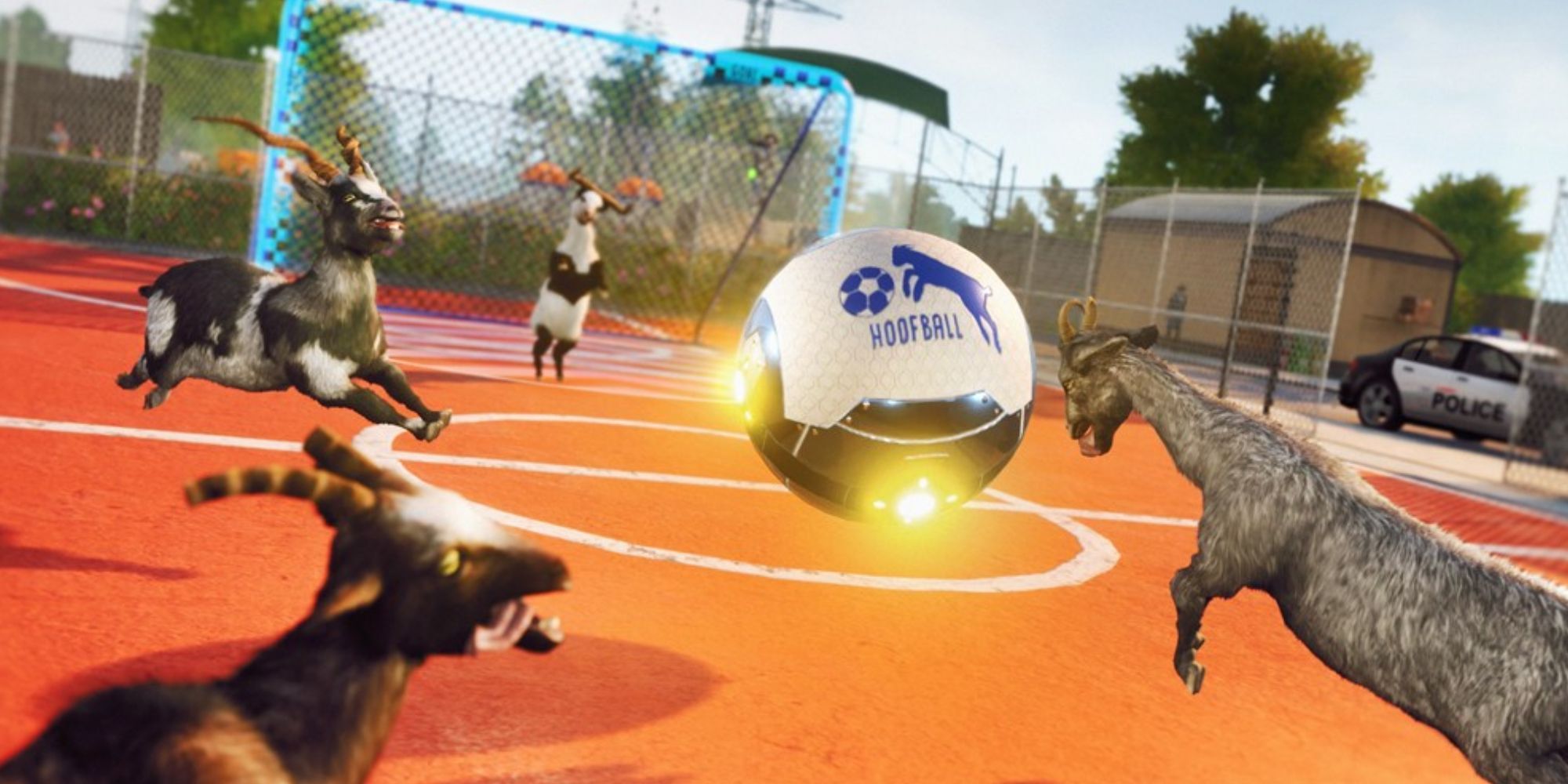 Another thing Goat Sim 3 nails is that feeling of playing a game with a friend during a sleepover as a kid – and not just because of its painfully 2000s minigames. As I was wreaking havoc at a gas station, I noticed the police and ambulance arrive. So of course, I started attacking them too. It brought me right back to playing co-op Fable 2 back in the day, where a mate and I said we’d do the story together, but just ended up slaughtering an entire town again and again. I’m not eight years old anymore though, and would now find the Fable 2 massacres pretty dull. Take from that what you will.

What it all comes down to though, is that Goat Simulator 3 is exactly what you’d expect from a game called Goat Simulator 3. Well, not really, because there was no Goat Simulator 2, so it’s not actually the third one. But still, it is (mostly) what it says on the tin. 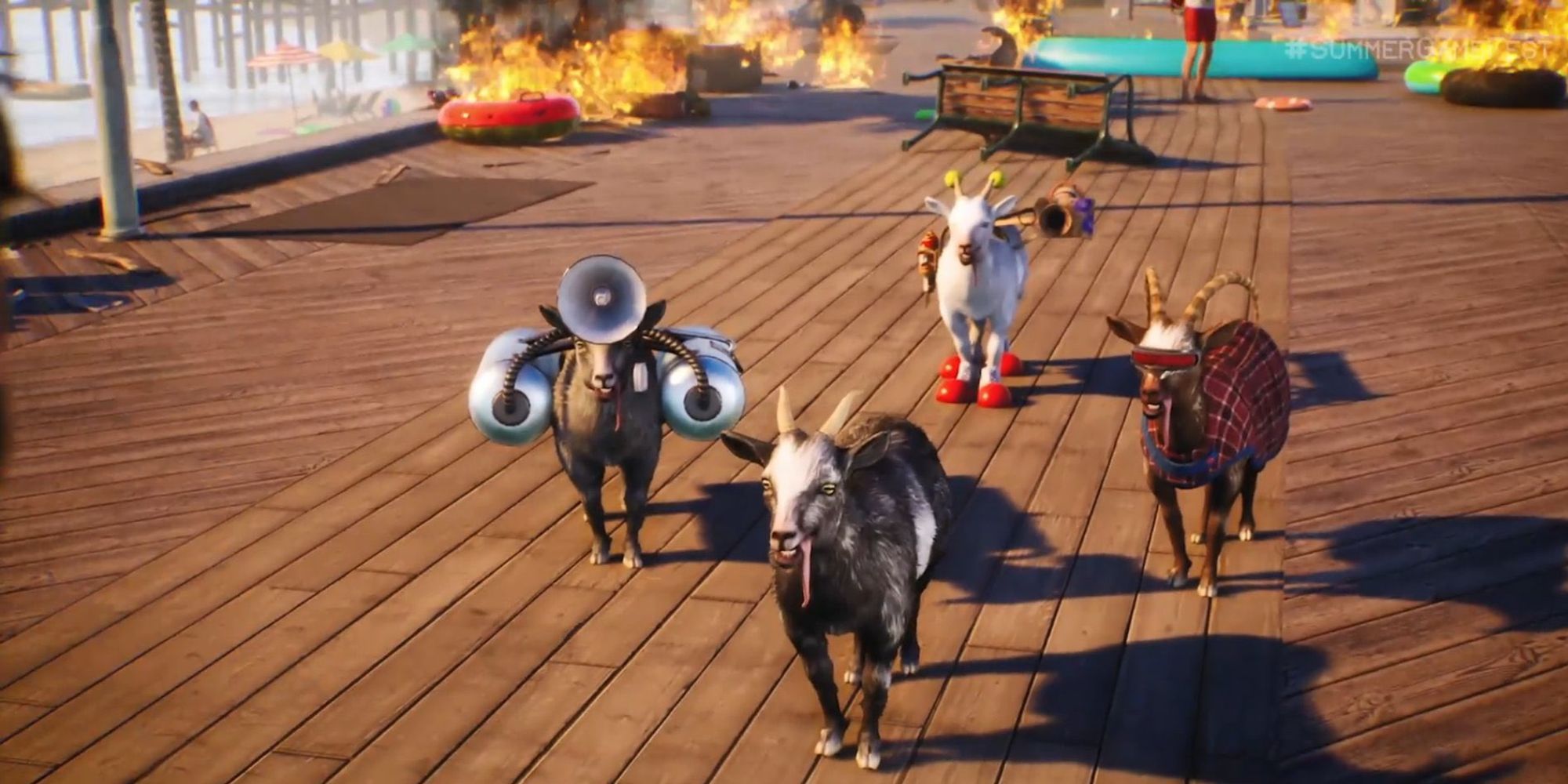 Most importantly, it’s an impressive showcase of the devs’ skills – I just wish those skills were enough to keep me coming back for more. If you had a laugh with the first one and think I sound like an utter bore, then I’m happy to report that you are going to adore this. It’s a lot more polished, but somehow even more chaotic. There are more guided activities to do to entice your pals who are (like me) on the fence, enough so that you could get them to play a few sessions with you before they tune out. Hell, there’s even a story mode about the goat Illuminati if you can get them to stay around even longer.

However, if you’re not on the hype train already, it doesn’t seem likely that this will get you on board in a hurry. It’s worth messing about in if you get the chance, or if it winds up on Game Pass like its predecessor. But for now, I’m retiring from my short-lived gig as an annoying goat. Maybe the final release will have enough to pull me back, yet as it stands, I’m not totally convinced.

Upcoming Star Wars: The Skywalker Saga Lego Sets Include Bonuses For The Game

Amouranth Has Guns, Security Cameras, And A Guard Dog To Combat Stalkers

Patrick Willems Interview: The YouTube Filmmaker On His Feature Debut, Night Of The Coconut

The Division 2 Patch Notes: Another Update Out Next Week