Halo Infinite has reached the top of Xbox's most played and free games charts.

Considering the numerous delays and backlash from fans over Infinite's graphics when it was shown off last year, it's remarkable how well the multiplayer beta is doing. Beyond issues with its progression and latest event, Halo Infinite is already looking like a return to form for the series, and we haven't even got our hands on the single-player campaign yet.

This positive word of mouth seems to be working for Halo Infinite, as it now appears as number one on both the most played and free games charts. The most played chart shows Halo Infinite at the top, ahead of Fortnite, Warzone, Forza Horizon 5, and Apex Legends. It's also ahead of giants like GTA 5, Roblox, Call of Duty Vanguard, Black Ops Cold War, and Rainbow Six Siege to name a few. It's worth noting that this position changes depending on the country. 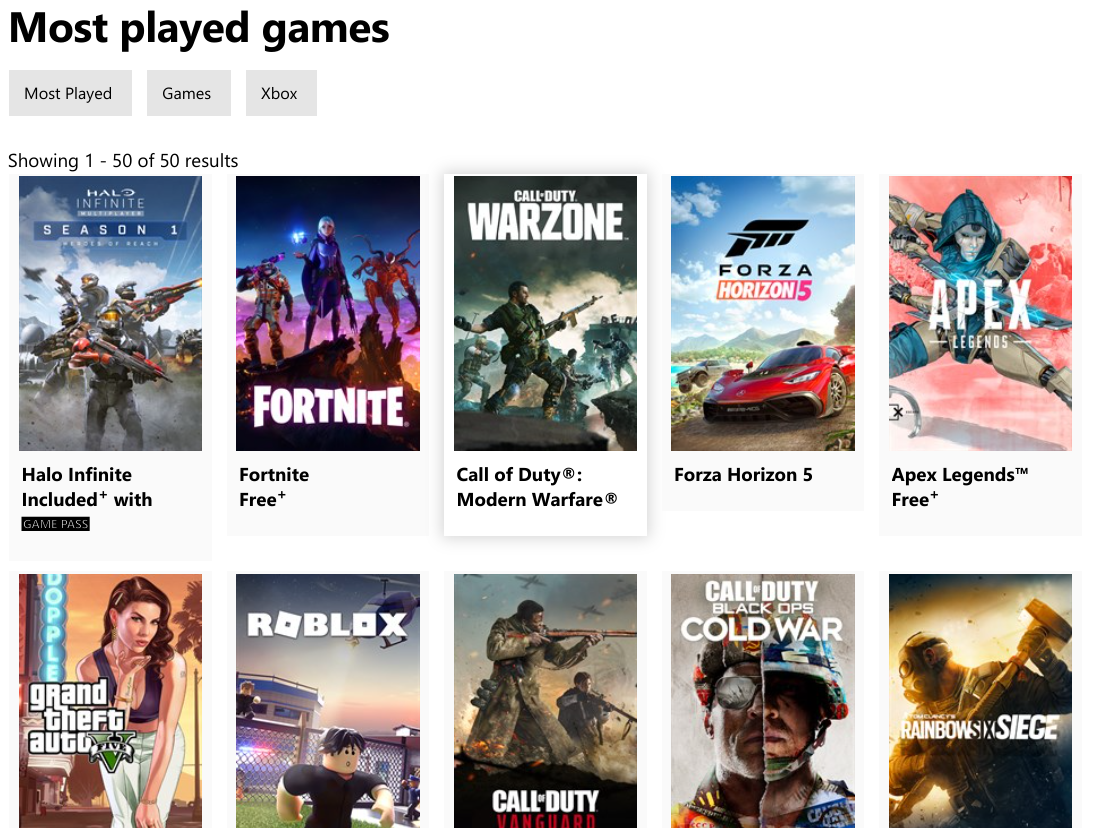 Considering how big all of these games are, it's no small feat for Infinite to reach the top whilst still only being in beta. It speaks to how well-received it has been over the past few weeks, something that is bound to get even better as 343 Industries fixes the progression system and adds needed elements like playlists.

It's not just the most played chart that Halo Infinite is topping. It's also on top of the free games chart, which lists all of the games on Xbox that are free-to-play. Halo Infinite is at the top of the chart, just ahead of Call of Duty Warzone, Asphalt Legends, and Fortnite. This chart seems to be a little odd though, as Fortnite and Roblox are much further down in the list than they appear on the most played chart.

Halo Infinite is also doing well over on Steam. Steam Charts reveals that Halo Infinite is the 11th most played game on the service right now, with 81,000 current players. Considering most players will probably be on console, that's another impressive number. We're thinking Halo might be back.