While you could spend hours brewing the perfect deck, one of the most popular ways to play Magic the Gathering is drafting. A mainstay of prelease events, drafting is a quick and easy way to get a game going, is a great way to get introduced to a new set, and all it requires are a few players and some draft booster packs.

It can be a bit confusing at first, though, and so going into your first draft can be daunting. Here's everything you need to know about drafting. 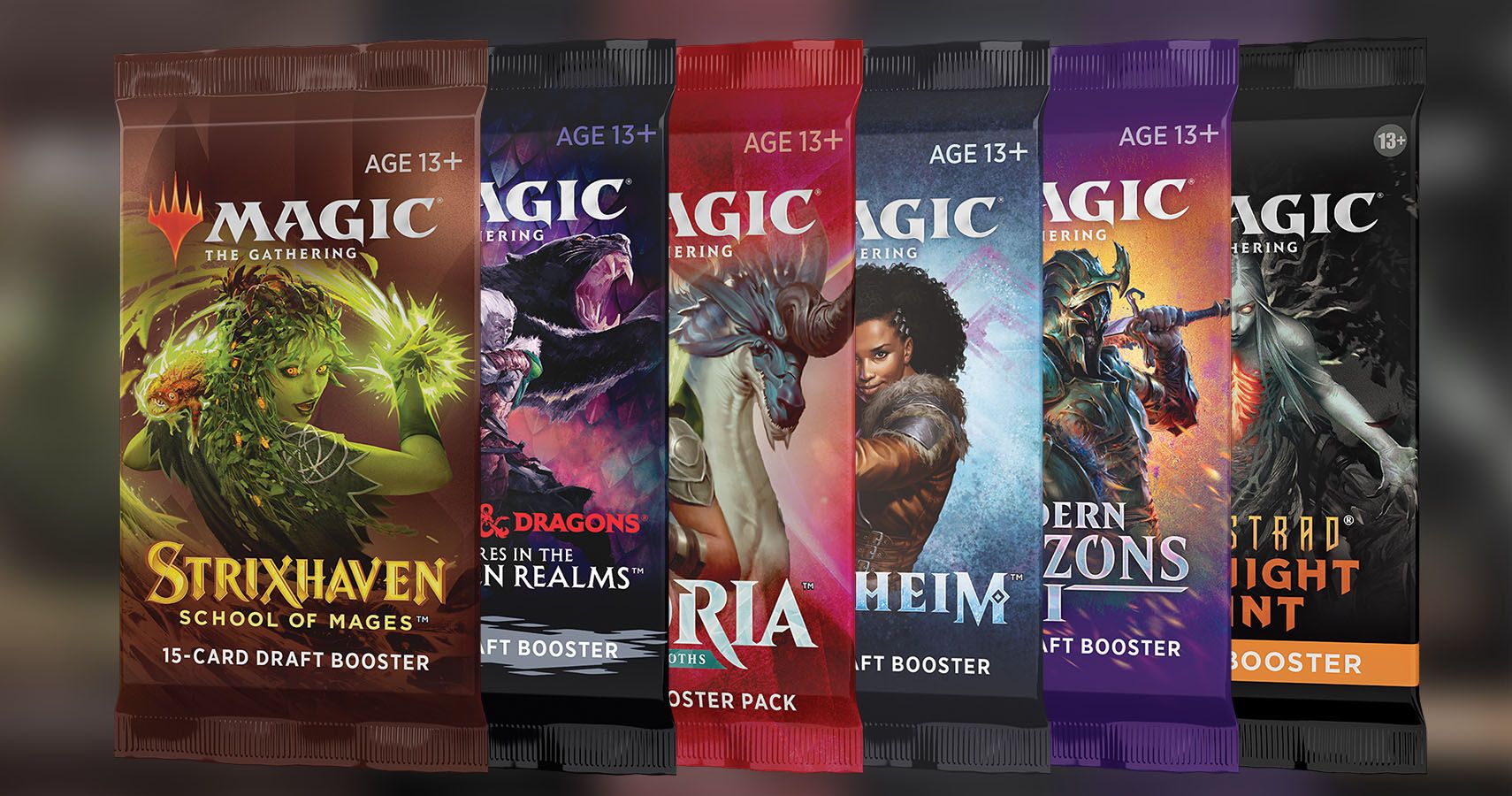 Drafting is a kind of limited format, which means it uses a smaller card pool to make decks on the day, rather than having people construct their decks at home and bring them in like you would with Standard or Commander.

Specifically, draft uses the cards found in draft booster packs. As the name suggests, these boosters are specifically made for drafting, and are specifically calibrated in card number and power level to have an optimal drafting experience.

Unlike a constructed format like Standard or Modern, the minimum deck size is smaller in draft: you're encouraged to make a deck of 40 cards total, including basic lands (which should be supplied to you by the event organiser). While you could go over that 40 card minimum, doing so isn't recommended to ensure your deck is as focused in on your chosen strategy as it can be.

Most of the time, a draft will use booster packs from the same set – for example, an Innistrad: Crimson Vow draft, or a Modern Horizons 2 draft. This is because each set is seen as its own limited format, with different drafting archetypes designed for throughout. There are also entire sets specifically made for drafting, such as the Conspiracy sets (which include a special cards that specifically care about drafting) and Innistrad: Double Feature.

If a draft uses booster packs from different, unrelated sets (like one from Kaldheim, one from Ikoria: Lair of Behemoths, and another from Shadows Over Innistrad), this is known as a chaos draft. Chaos drafts combine lots of mechanics that weren't intended to be played together in a limited environment, and can range from hilariously broken to difficult to play. Despite this randomness, chaos drafts are so popular that Wizards released Mystery Boosters, which are reprint sets featuring cards from all across Magic's history, to facilitate them.

The third way of drafting is if your host has constructed a Cube. A Cube is effectively a custom-made limited environment, comprised of at least 360 cards hand-picked for the drafting experience the host wanted. Each of these cards are then put into their own 15-card piles and treated like any other booster pack. Cubes can be a lot of fun, and are reusable in a way booster pack drafts aren't, but they can be very complex to set up and might have more glaring imbalances than other types. You're also probably going to have to hand these cards back at the end of the evening, while booster pack drafts tend to allow you to keep them.

Draft is very similar to another limited format that sees lots of play at prerelease events, Sealed. The main difference is that, in Sealed, a player opens up their own booster packs and can use any card from them for their deck. Draft, on the other hand, shares the booster packs around in a 'pick' system – you have to make quick and careful decisions, or else an opponent might take a card you wanted. 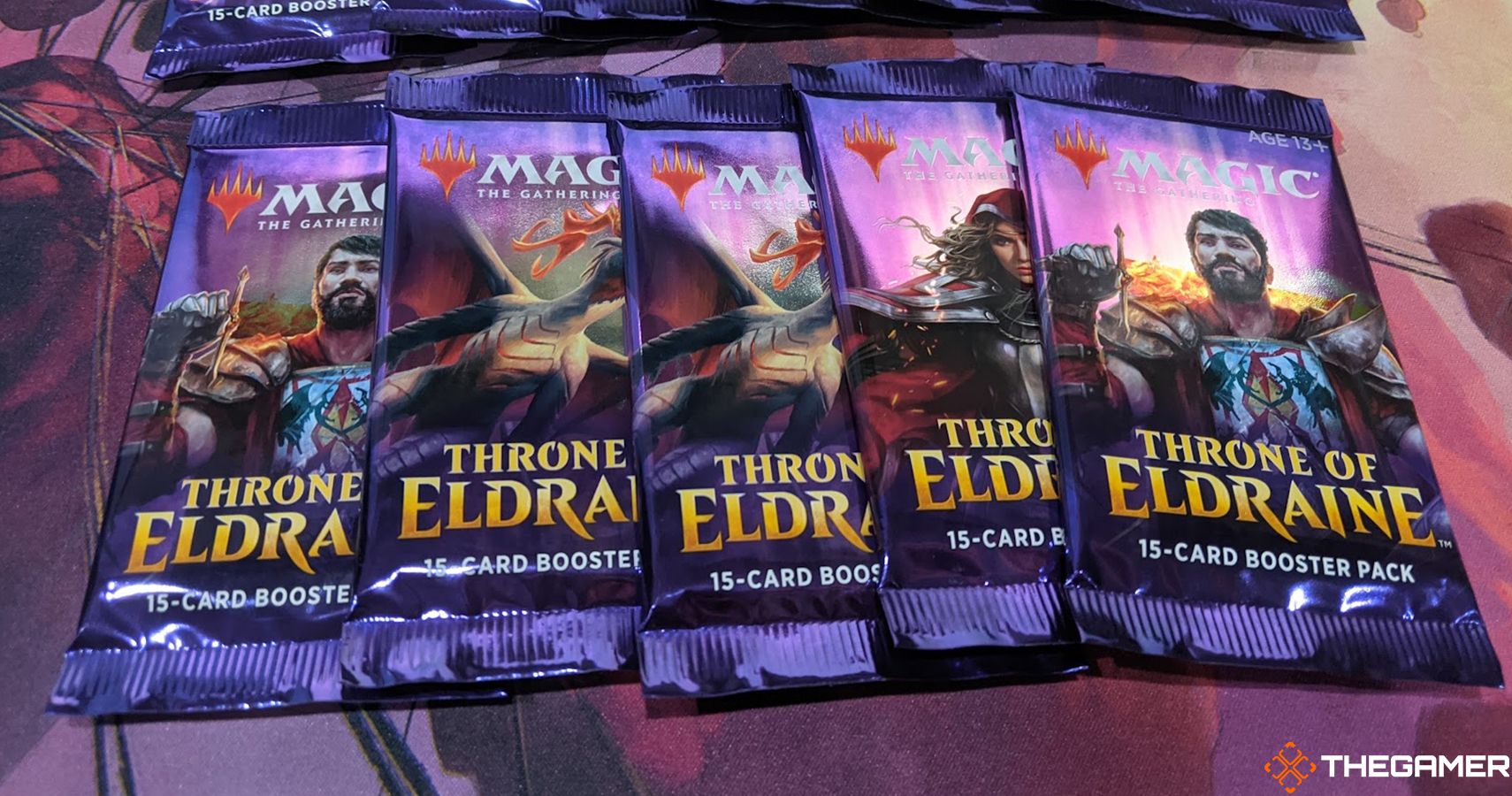 There are a few different ways of drafting, depending on how many players are involved. On the whole, though, the most popular style requires eight players who each have three draft booster packs each.

To begin, all eight players sit around a table and open their first booster pack. They're allowed to then look through the entire pack, and pick one card from it (unless told otherwise, like in Commander Legends where you pick two instead). This card is then put face-down on the table in front of them, and the rest of the pack is passed to the player on their left. You must take a card, even if none of them fit the kind of deck you were aiming for.

Once everybody has picked their card and passed their packs around, you can then look at the 14 cards left from the pack handed to you, and you can pick one. This process is repeated until everybody's first packs have been completely exhausted, meaning by the end of the first phase of the draft, you should have 15 cards face-down on the table. Before opening the second pack, you're allowed to look again at the cards you've already selected and identify what you're aiming to get next.

For the final round of crafting, open your third booster pack, take a card, and pass it to your left again. By the end of the draft, you should have 45 cards that may or more not fit into whatever strategy you were hoping to build. 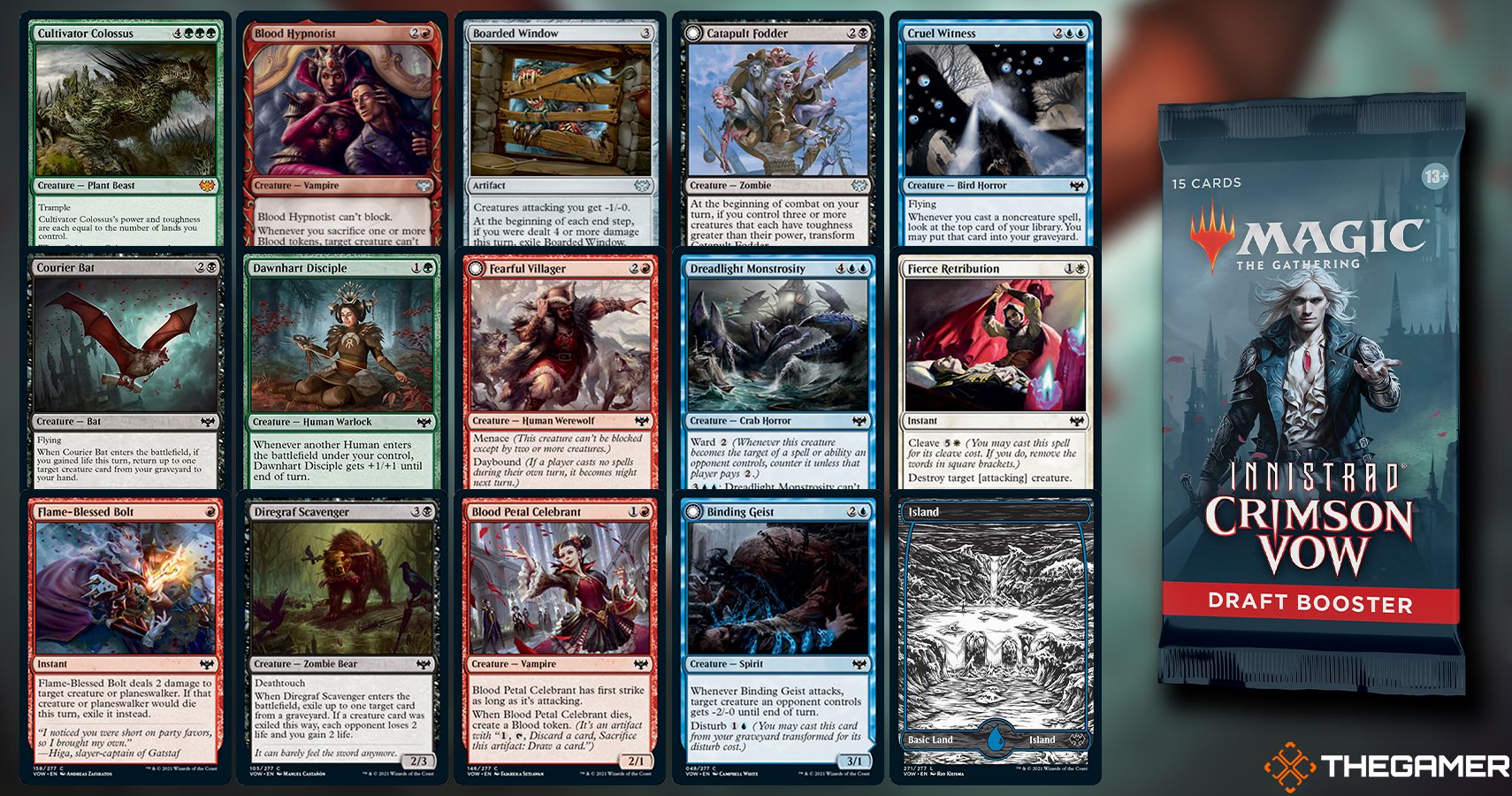 When staring down at a 15-card booster pack during a draft, and having no idea what to pick, BREAD is a really useful acronym to remember which sorts of cards you should be prioritising. 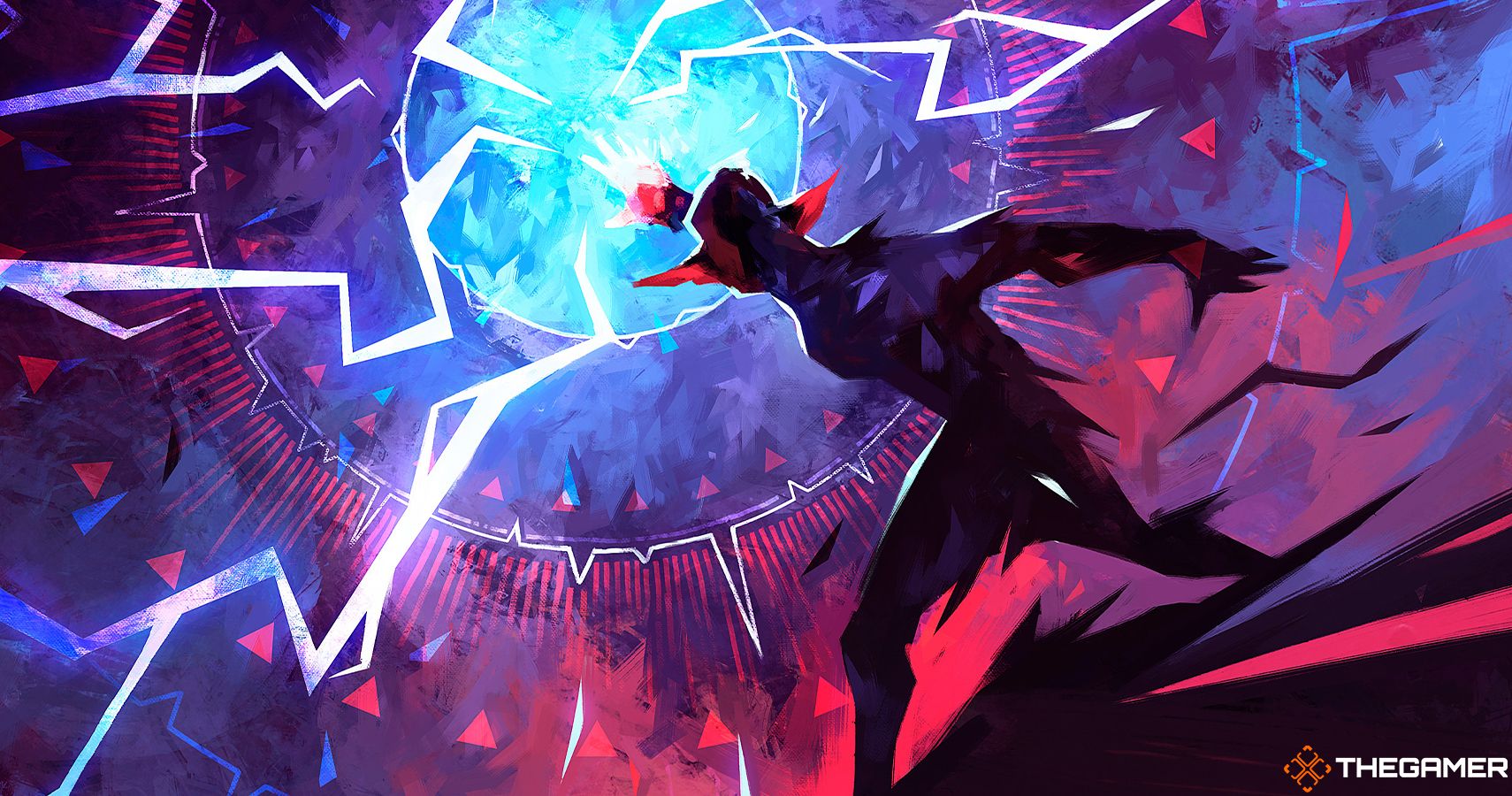 Now you've drafted your cards, it's time to turn them into an actual deck.

Fortunately, you don't have to use every card you've drafted in your deck. Decks are expected to be a minimum of 40 cards, including basic lands, and with 45 cards to pick from there are going to be a lot that get left out. You're looking for around 23-24 cards from the ones you've just drafted to put into your primary deck, alongside 17 or 18 basic lands that you should be supplied with.

One thing to keep in mind when building your deck is its mana curve. This is important in constructed formats, but it's especially important in draft where your deck size is so much smaller. Mana curves are where the mana value of each creature card fit into a nice bell curve, ensuring you have the right number of lands to cast them at the right time (also known as 'on-curve'). Assuming a 40-card deck, an ideal approximate mana curve should be:

Unless a set has been specifically made with it in mind, like Khans of Tarkir or Streets of New Capenna, you're heavily encouraged to not use any more than two colours in your deck. While most decks of this size can incorporate two colours, any more and you're running the risk of diluting your strategy while simultaneously struggling with an inherently limited mana base that will predominantly be driven by basic lands.

If you're playing on Arena, everything will be decided for you. All you need to do is queue up and you'll be playing against other people who have drafted in no time.

For tabletop, how the eight players involved in the draft organise themselves is decided by the organiser.

The standard style is a Swiss tournament system, where players are paired off and win points based on how many games they win. Nobody is eliminated, meaning you should be able to just keep playing until the event is over in around five to seven rounds.

One round is generally played as a best-of-three, with each player free to swap cards in and out of their sideboard between each game. Once a player has won or lost, their points are noted down and they move onto the next free opponent.

In terms of the actual Magic played, all the normal rules of Magic apply. It's a one-on-one game where each player has a starting life total of 20, draws seven cards, and follows all the usual Mulligan rules. In a lot of ways, drafting is one of the 'most pure' forms of Magic, giving it its popularity.

Fall Guys Season 2 Will Allow Players To Randomize Their Beans

PlayStation Plus Games For July 2020: Last Change To Grab 3 PS4 Games For Free

My favorite gaming mouse is the Logitech G Pro Wireless