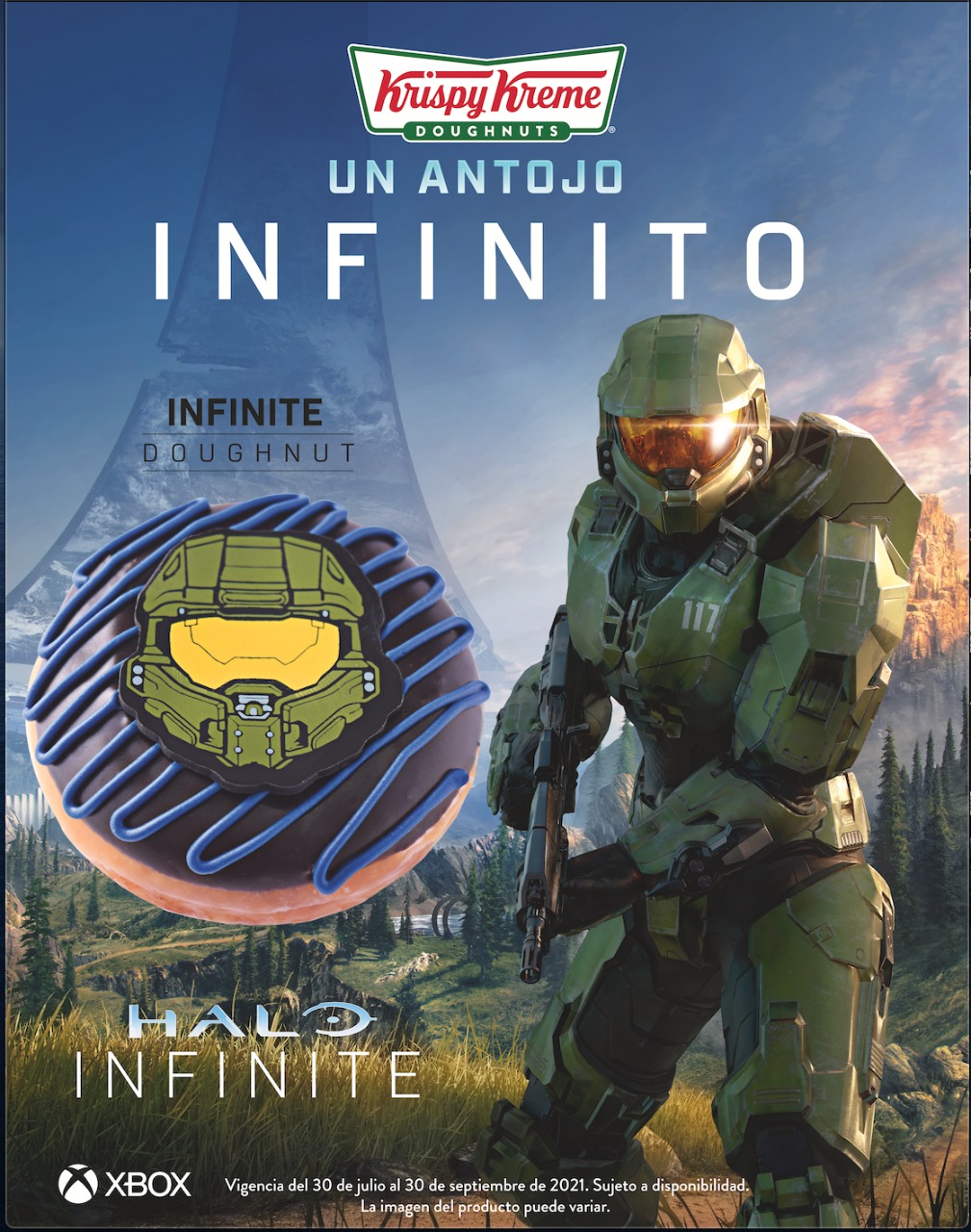 A Mexican ad for a Master Chief themed Krispy Kreme doughnut seems to have accidentally given away what month Halo Infinite will launch.

The reason there are so many leaks nowadays is that if anyone makes any mistake, in any country, the internet will know about it within seconds. It certainly didn’t take long for anyone to notice that the Mexican Twitter account for Krispy Kreme seemed to say more than it intended about Halo’s release date.

The text below reads: ‘Why wait for November if we can start the festivities now? Xbox Mexico and @MexKrispyKreme celebrate 20 years of the Master Chief with a special edition Halo Infinite donut. Available July 30.

The mistake here is that Halo Infinite has not announced its release date and that seems to be the only thing that the mention of November could be referring to.

As you can see, there’s no date, so it’s possible Krispy Kreme is just guessing, but for any social manager trying to keep their job a slip-up in revealing inside knowledge seems more likely than just blindly making up a release window.

Microsoft has implied that the reason it hasn’t announced a date yet is because it’s waiting to see when Call Of Duty will come out, so that there’s a reasonable amount of space between the two.

However, that may have been complicated by the recent industrial action at Activision Blizzard, which is likely to have slowed production of the game and made it even more difficult to complete on time.

Otherwise, November is looking pretty empty at the moment, with the only currently scheduled non-Nintendo releases being Microsoft’s own Forza Horizon 5 on the 9th and the Xbox Series X/S and PlayStation 5 versions of Grand Theft Auto 5 on the 11th (Battlefield 2042 is mid-October).

The lack of a release date had led some to worry that Halo Infinite might be delayed into 2022 but the technical tests starting this weekend seem to suggest that it’s still on schedule for this year.

As for Krispy Kreme, this isn’t the first Xbox themed doughnut they’ve unveiled, with the ‘Nexus Level Doughnut’ available from Monday, August 2 and coming with the chance to win an Xbox Series S.

Somebody’s Ripped And Torn Through Doom Eternal In 31 Minutes

Overwatch Mobile Game Reportedly In The Works Alongside Overwatch 2