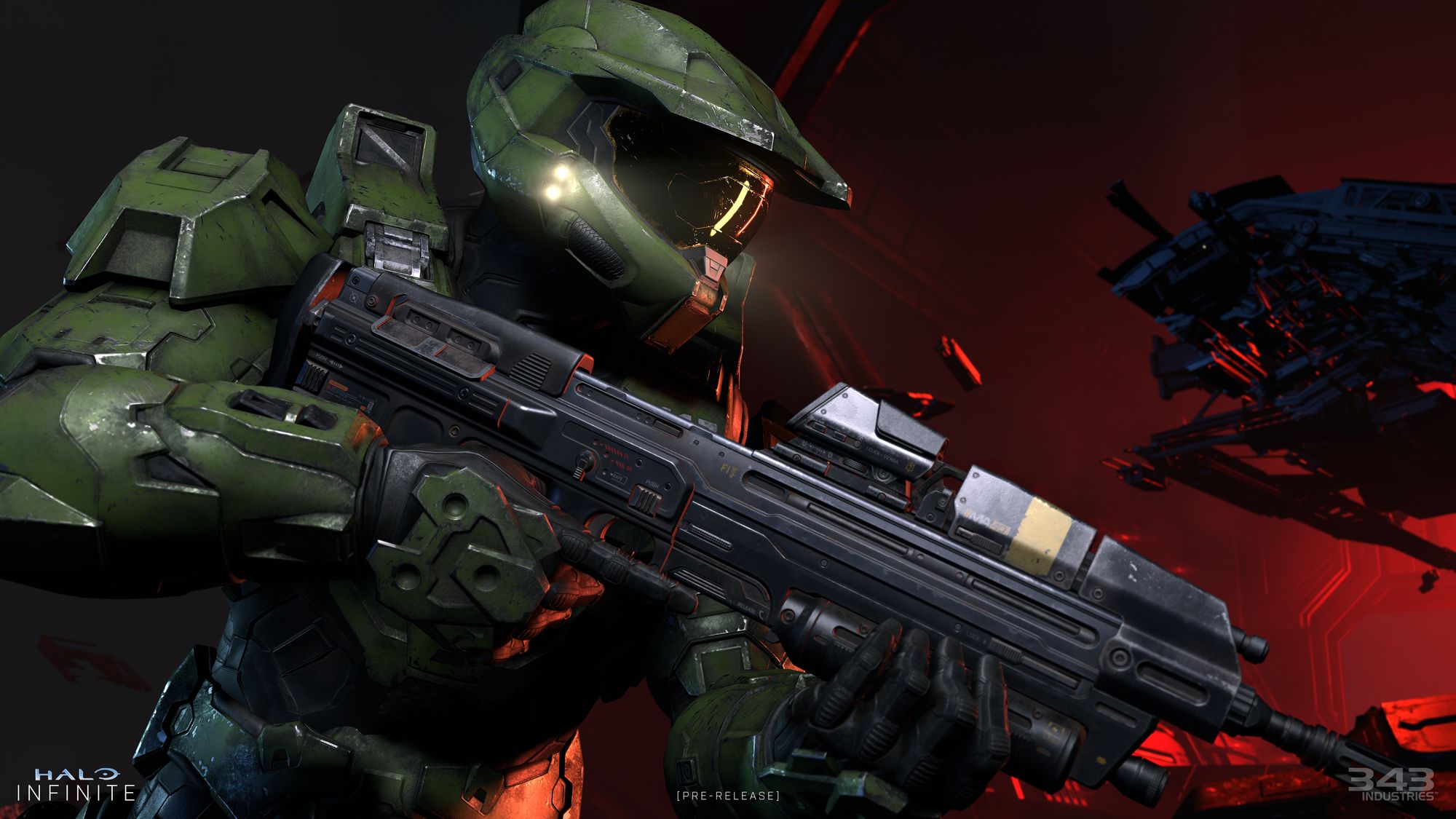 GameCentral plays through the first few hours of Halo Infinite’s story campaign and reports back on the long-awaited return of Master Chief.

If you have an Xbox or PC, and even the slightest interest in Halo, you will have already played Halo Infinite’s multiplayer beta, which got a surprise launch earlier in the week and proved to be an instant hit. That’s an important first step for a game that Microsoft desperately needs to be both a critical and commercial success. Although perhaps that isn’t quite the right term if you assume most people are going to play via Game Pass. What Microsoft need is a game that both reviews well and is popular with ordinary gamers, and for that they need the single-player to be good too.

They got off to the worst start imaginable with the gameplay reveal last summer, with the game being delayed until now in order to fix things. The main focus of the ridicule was the graphics, as personified by Craig the Brute, and having now played the final version of the game we can confirm they’re no longer a laughing matter. They’re not going to win any awards, and they’re not as good as Forza Horizon 5, but Halo Infinite now looks like a perfectly competent, modern first person shooter, with zero bugs and silky smooth gameplay even in Graphics mode.

There’s some obvious pop-in of ground terrain and nothing we’ve seen so far has the draw-dropping effect that the original Halo did 20 years ago, but Halo Infinite looks fine and plays well and that’s certainly not the impression it gave last year.

We’re not allowed to discuss the story and the very beginning of the game, but the basic gist is that Master Chief is alone on Zeta Halo (there are lots of the giant space structures dotted around the galaxy) with his only ally being an AI companion that is not Cortana and a dropship pilot who provides fast travel once you get to the surface. He also whines endlessly about wanting to go home and we’re already desperately hoping he gets killed at some point early on.

Developer 343 Industries (it’s over a decade now since Bungie worked on the franchise) has clearly studied the original Halo: Combat Evolved with great care and so the first level of Halo Infinite is a linear fight through the grey sci-fi corridors of a spaceship. It’s obviously meant to evoke the beginning of the original game, with similar enemies and similar weapons.

If you’ve played the multiplayer then you’ll already have formed your own opinions about the action, which is purposefully old school while still allowing for faster movement than the earlier games. The gunplay tries to replicate Bungie’s games, complete with the emphasis on satisfying headshots, but for our money it’s still not quite as good. Especially compared to Destiny 2 it still lacks a certain sense of weight and momentum, but it’s only off by a small amount and is certainly in the upper echelons of first person shooters.

As well as all the familiar elements there are new additions, most obviously the fact that Master Chief now has a Batman style grapnel. In what we’ve played so far it’s very rarely essential to get around but it does help enormously in making even the linear corridors of the opening level seem more like a sandbox.

A major set piece in the bridge of the ship, for example, involves several decks that you can zip between as and when you please, while the grappleshot, as it’s called, can also be used to briefly stun enemies, which is especially useful for the Jackals and their shields. Once you make it out into the outdoor areas it’s even more useful but it’s great to have at every stage of the game, with the more vertical level design clearly having been made with it in mind.

It might sound a bit gimmicky but the grappleshot is an excellent addition to Master Chief’s repartee, managing to make the game feel different while still maintaining a traditional look and feel. This includes the infamous repeating architectural of the Forerunners, which is in full effect once you reach the Halo and remains as divisive as ever. We can’t say we were ever fans but it’s an iconic part of the franchise now and so far, at least, it isn’t overused.

The relatively brief section in the Halo’s interior leads to one of the game’s big milestone moments, where you emerge out onto the surface and get to see the open world area above. 343i are very insistent about not calling this an open world game but it definitely does have open world areas in it. Not especially big ones by modern standards but still massive enough to require fast travel and the use of vehicles and FOBs (forward operating bases) to get around.

The first set piece is excellent, as you emerge unexpectedly from a lift to battle the startled array of aliens that scramble to take you down. You can just stay where you are and conclude most of the fight from the lift exit, but you’re free to use the entire compound to act a little more tactically – using buildings for cover, clambering over rooftops with the grappleshot, and generally attacking the enemy from whatever direction they expect least.

Halo has always had small sandbox areas like this, but it all feels much more open-ended in Halo Infinite, especially once you capture the initial base and use it to plan your next move. At this point the map inevitably fills with Ubisoft style icons, tempting you off the golden path in order to liberate more FOBs and take down named enemies who harbour special weapon variants.

Other side quests are more unique, with an early one involving a vehicle scrapyard that’s powered by four giant generators which you have to take down while defending yourself from a constant stream of reinforcements that drop down from the sky. It’s a tough battle – the game’s default difficulty isn’t hard but it’s not a pushover either – and your very welcome reward is a Scorpion tank.

The next story mission involves trying to rescue a captured Spartan from a different enemy camp, one which also has several ordinary human soldiers held captive outside it, who if liberated will join in the fight with you. It all ends with a boss battle against an invisible Elite, who’s there to show off a new gadget that can reveal the location of hidden enemies.

What we played lasted for around three hours and was thoroughly entertaining, if relatively unsurprising. If you’ve seen the latest trailers and played the multiplayer you’ll be able to picture exactly how it all works, with the grappleshot being the only completely new idea.

The open world approach is new for Halo but it’s a fairly generic concept for modern games, and while there’s a faint whiff of real-time strategy elements, in terms of collecting new vehicles and weapons from FOBs, it’s really nothing more than you’d see in Far Cry and the like.

Other new-but-not-really elements include the ability to upgrade various equipment, like the grappleshot, your shields, and the threat sensor by collecting ‘Spartan Cores’ in hidden locations. There’s also a resource called Valor, obtained by completing side quests, that allows you to unlock new vehicles and weapons.

Overall though this is, very purposefully, still the Halo you remember. Tickling your nostalgia glands is a major priority for Halo Infinite and it does it very well, with set pieces and locations that are similar to but not identical to what you’ve previously seen.

There’s no shame in that as long as the game adds in enough new elements as it continues but that we cannot discuss at the moment. How effective Halo Infinite’s campaign will be at attracting new players remains to be seen but for those that miss the franchise’s glory days this finally begins to push it back into the top tier of format exclusives.

Torchlight 3 Has A Release Date, And It's Soon