Since 2020's Zendikar Rising, every main Magic The Gathering set has had its own tie-in preconstructed Commander decks. More than just quickly thrown-together cash-ins, these feature plenty of brand new cards for the Commander format, and are well worth picking up even if it is just to tear them apart for their new toys and old staples.

Today saw the Kamigawa: Neon Dynasty preview season finally come to a close with the full reveal of the two precons coming with the set. First, we're going to take a look at the blue and white (Azorius) Buckle Up deck, which revolves around pilots and vehicles, using the Commander Kotori, Pilot Prodigy to make every vehicle (including a very nice included Parhelion II) easy to crew and effective in combat.

This article is only going to go over the new cards debuting in the deck, but there are a lot of old winners in there as well. To see both decklists in full, check the official Magic website.

As mentioned, Kotori is the primary Commander of this deck. A 2/4 Moonfolk Pilot, she costs one generic, one white, and one blue and has two abilities.

The first is a static one, setting the crew cost of every vehicle you control to just two. Considering the deck is full of hefty vehicles like Parhelion II, Colossal Plow, Cultivator's Caravan, and Weatherlight, it is going to be very easy to keep them crewed and swinging. It gets even easier when you consider all the ways this deck can make tokens ready to crew them for you. 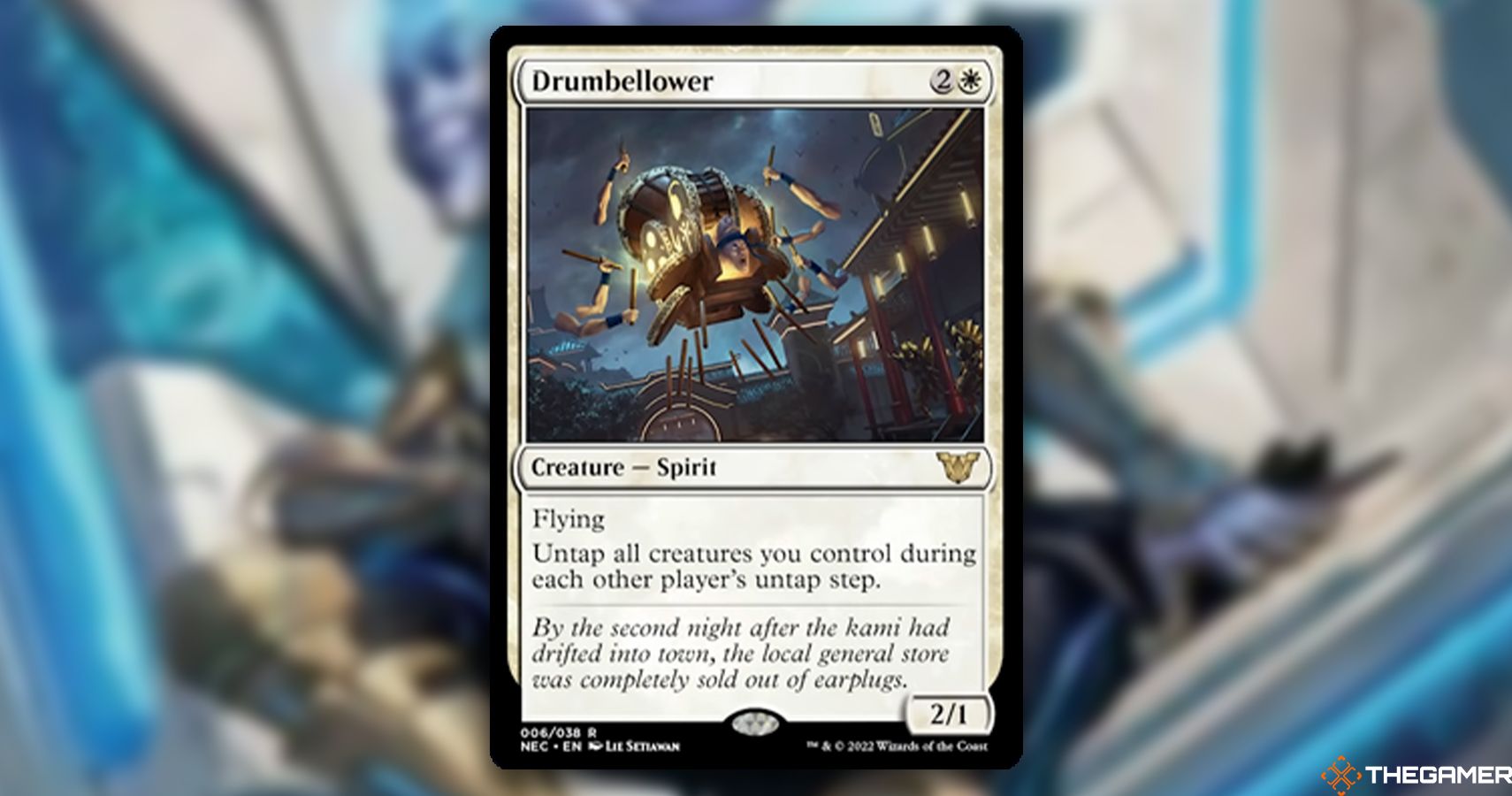 Even a slightly worse Seedborn Muse is absolutely ridiculous when it's in white, and that's exactly what Drumbellower is. You can swing with all your creatures and have them untap ready to block on your opponent's upkeep, which is great.

Or, alternatively, you can break this bad boy wide open. Mother of Runes, Empress Galina, Arcanis the Omnipotent, and Timestream Navigator in particular feel so easy to completely bust with Drumbellower. This is a definite, immediate inclusion in my Kwain, Itinerant Meddler deck. 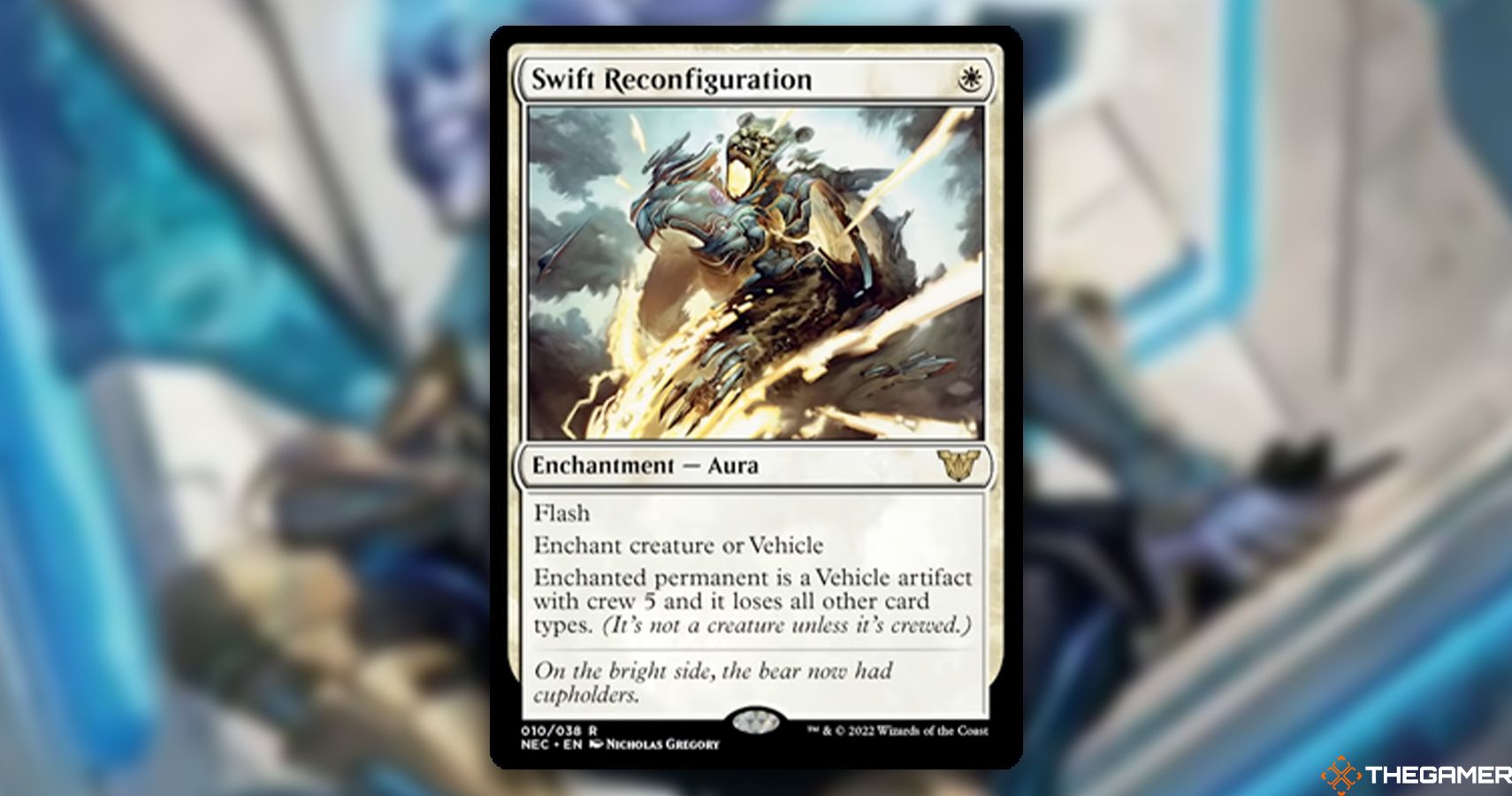 This is such a weird card, but it can be used to almost lock down a scary creature at instant speed. This is particularly good against Voltron decks. Not only are they less likely to have the other creatures needed to crew their new vehicle, but the fact they become a vehicle and lose all other card types also knocks every other equipment and aura that's already on them. 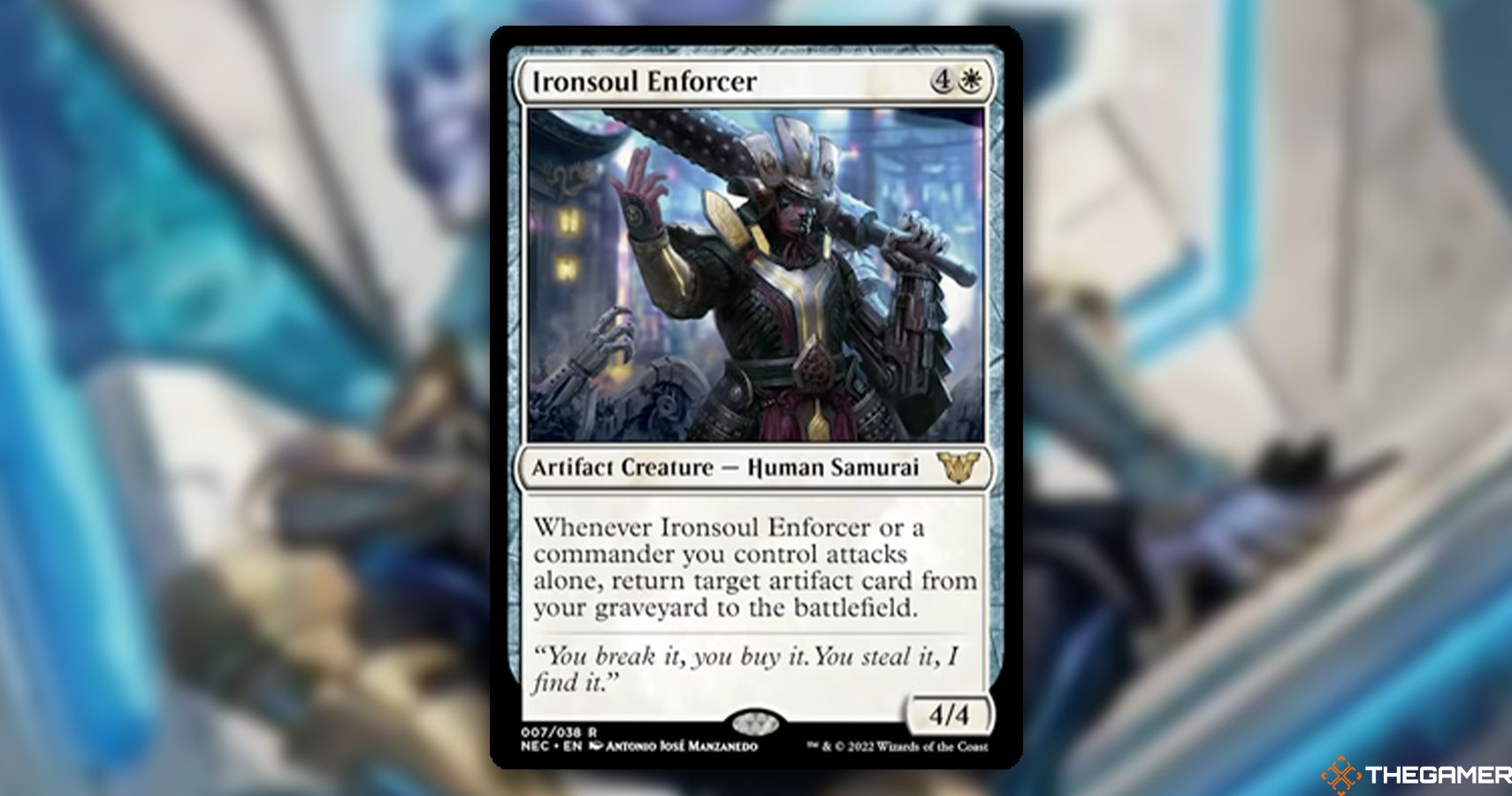 Although this deck isn't leaning too hard into Neon Dynasty's white Samurai archetype, we do get a hint of it here with Ironsoul Enforcer. Whenever it or your commander attacks alone, you return a target artifact from your graveyard to the battlefield. It's a bit like Heiko Yamazaki, the General, but instead of attacking with any Warrior or Samurai, you don't have to pay for artifact you bring back. 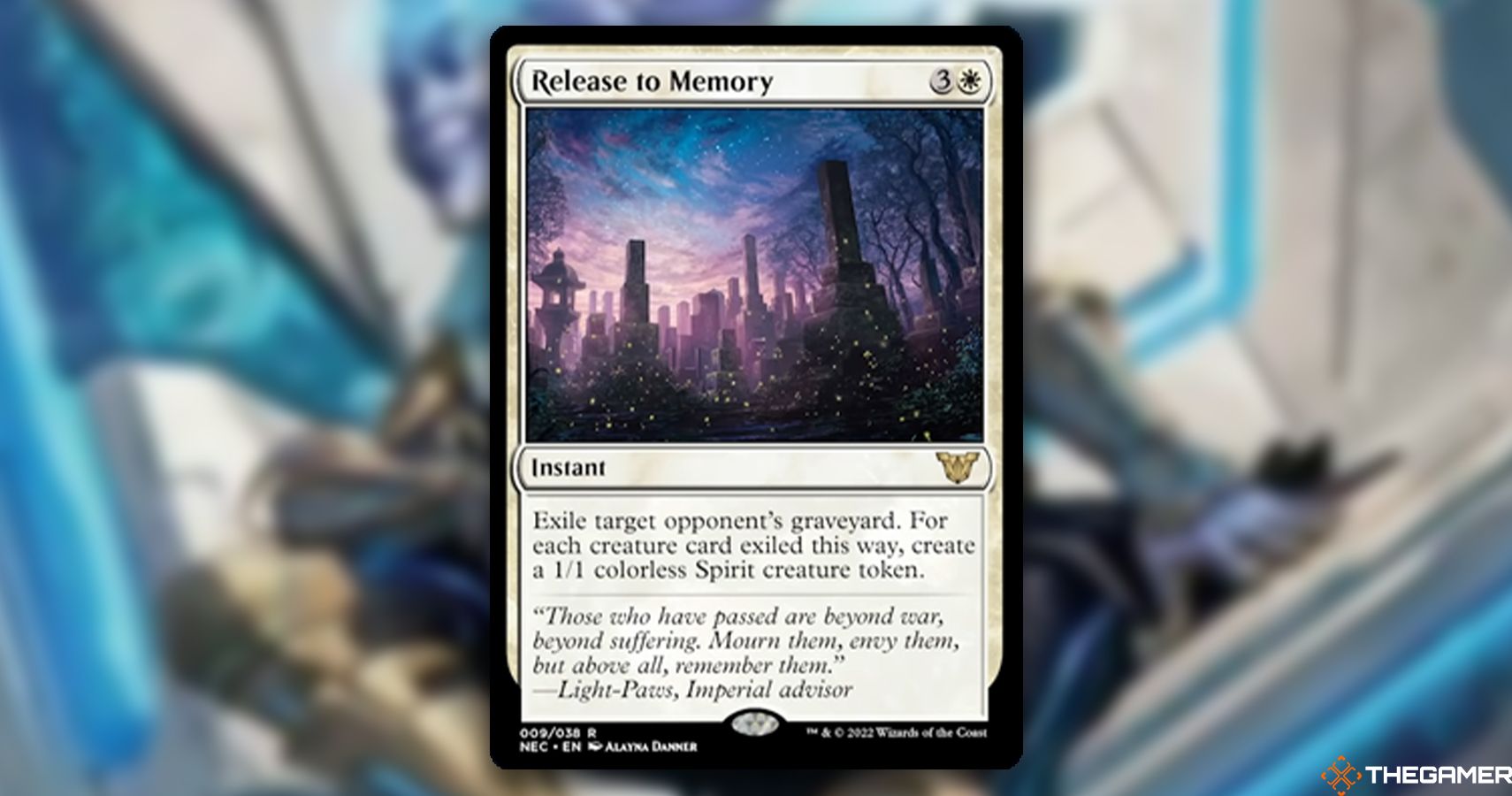 Instant-speed graveyard hate is always lovely – this is a Tormod's Crypt that nobody can see coming. It making loads of spirit tokens ready to crew your vehicles is a great extra as well. 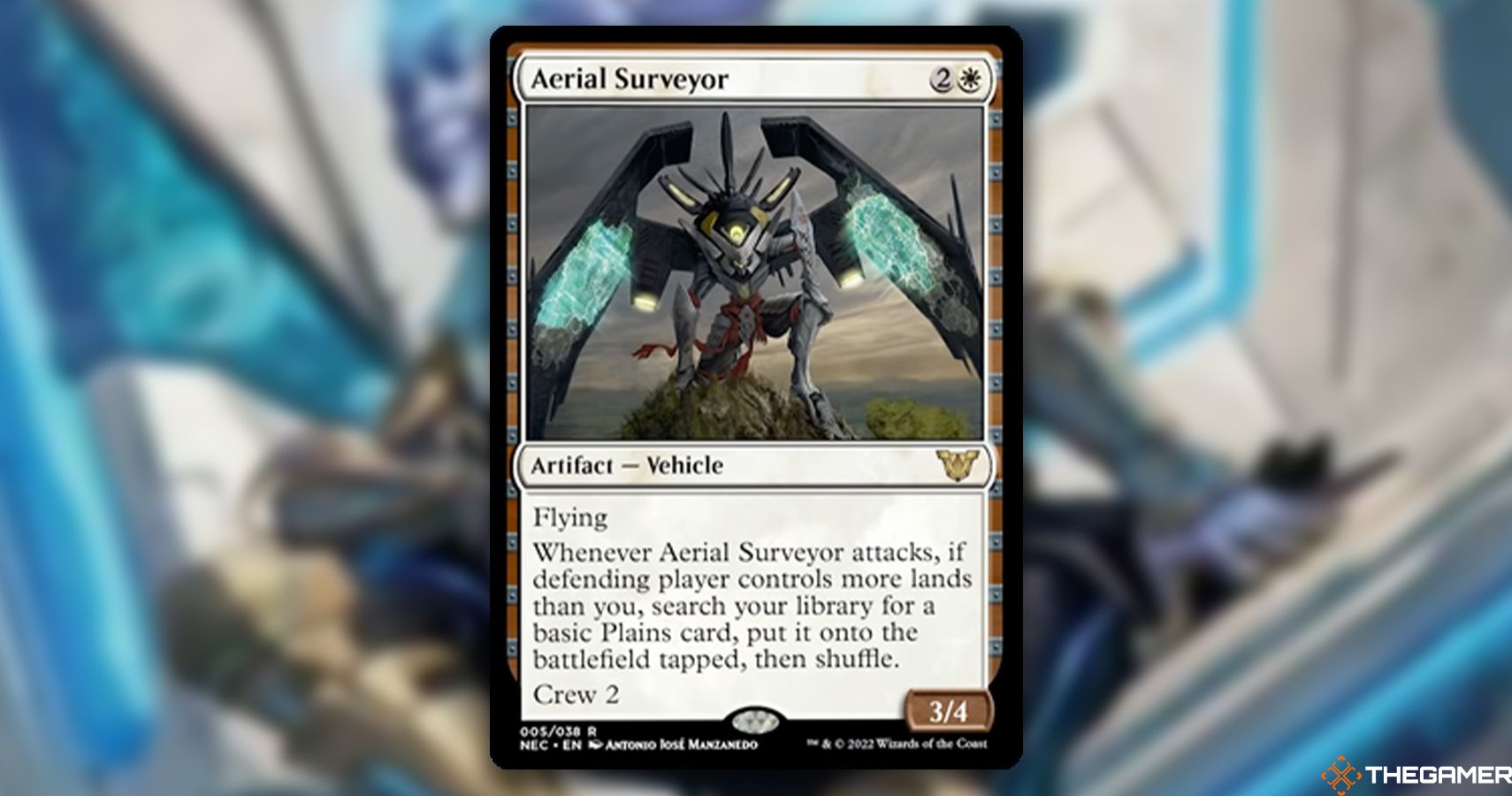 It isn't precisely an Archaeomancer's Map or Keeper of the Accord, but Aerial Surveyor is still great ramp in the right deck. A 3/4 for three mana isn't too bad, either. 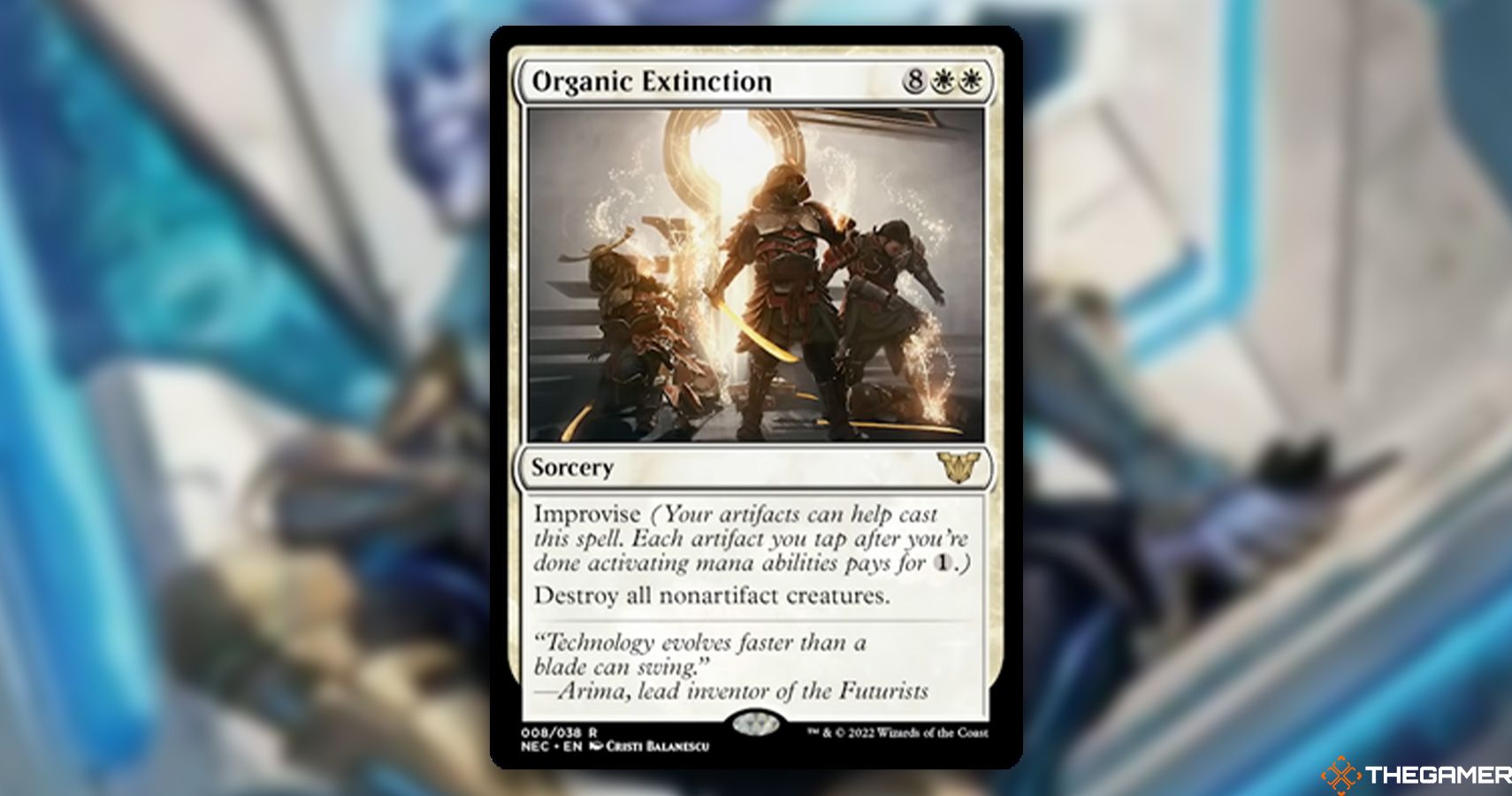 A new contender for the "Most Metal Magic Card Name Ever" award is Organic Extinction. A new board wipe that doesn't destroy artifact creatures will be very powerful in this deck, and with Improvise even that ten mana value isn't too daunting. 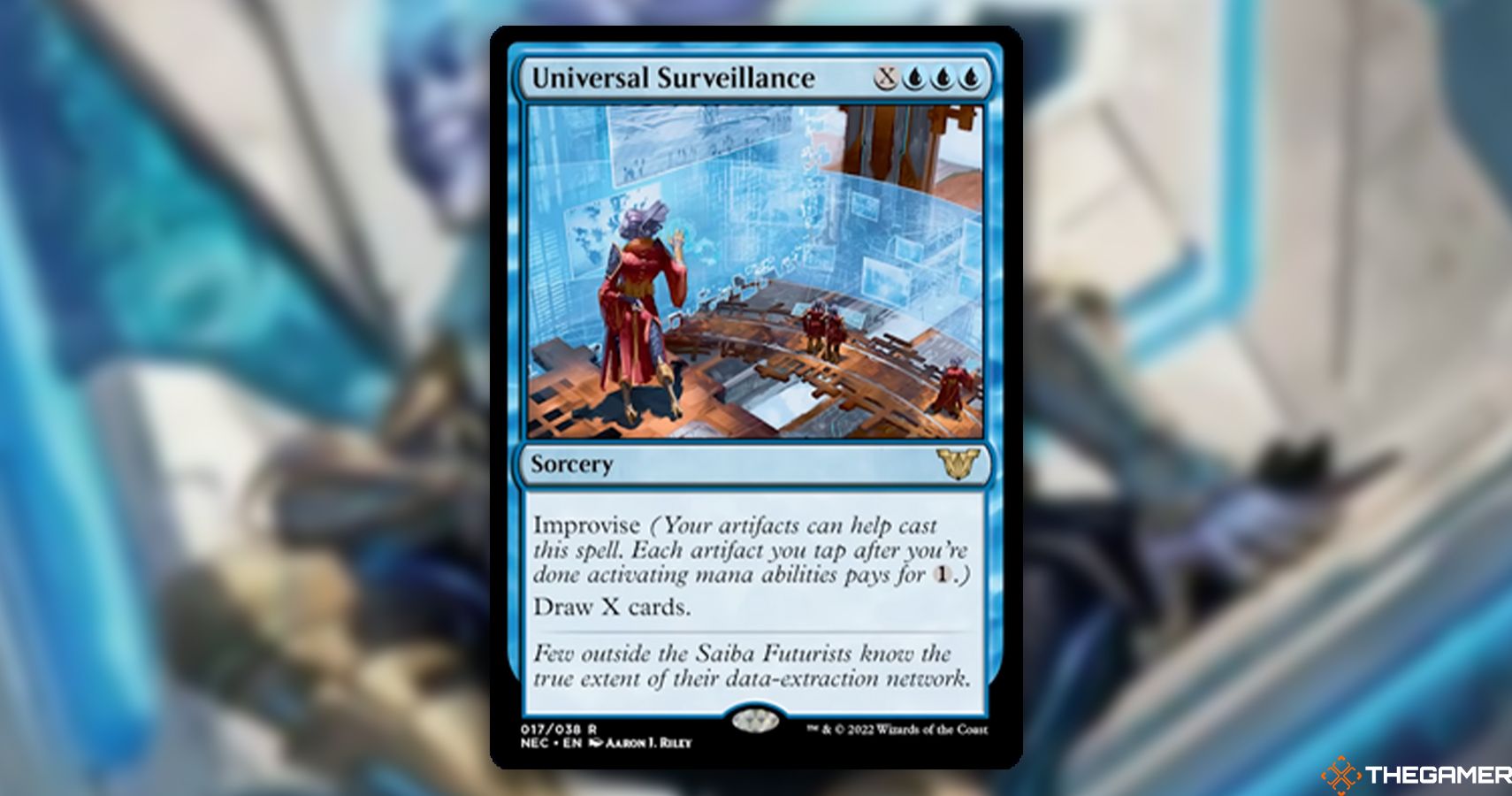 It's nice to see Improvise return, especially when all those artifacts can be tapped to give you an obscene amount of card draw. It's only at sorcery speed, which is less good, but this could still clutch win you a fair few games. 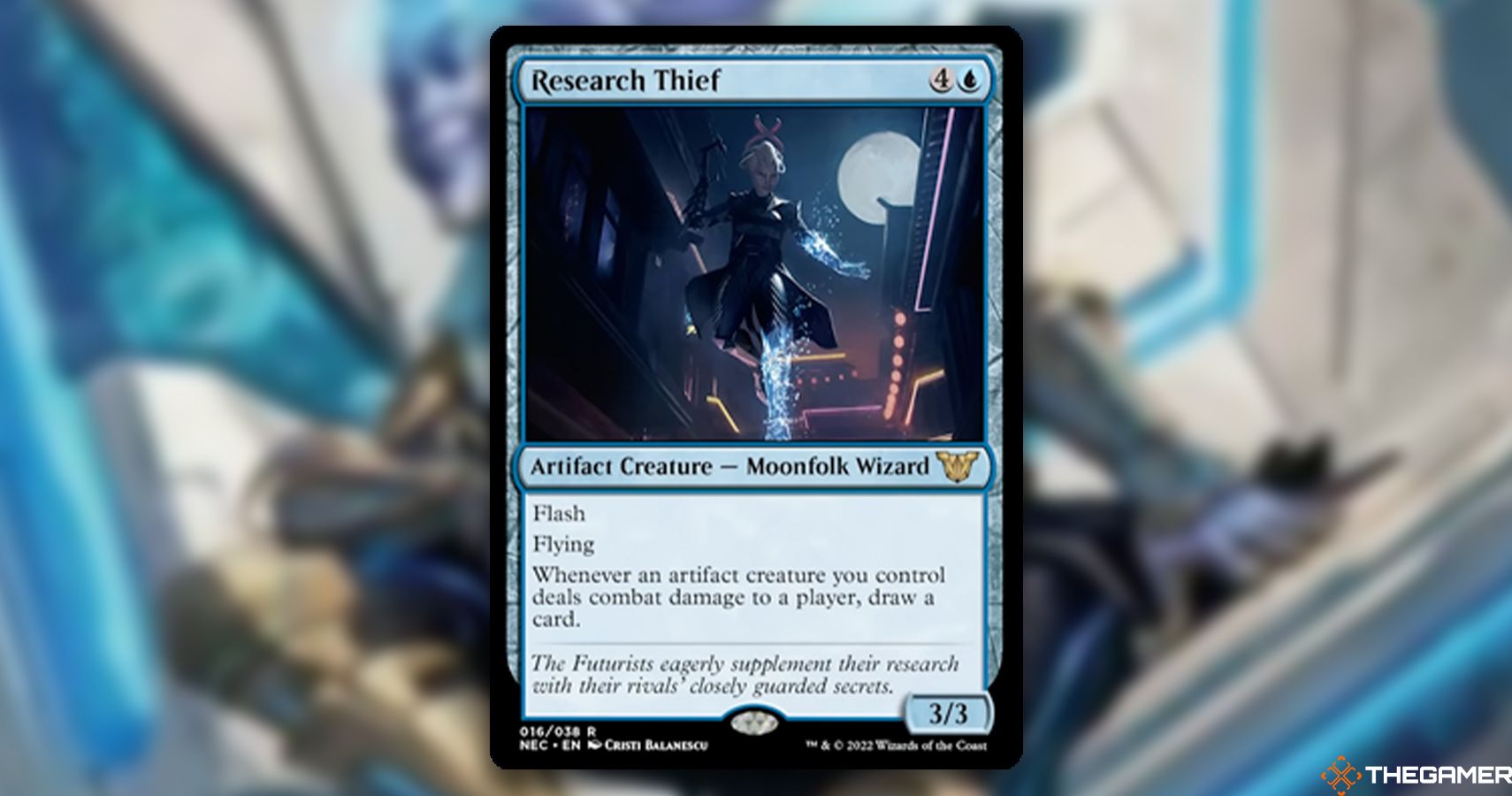 Flashing this in after your opponent has declared no blockers to your artifact creatures could give you a nice amount of card draw, but a 3/3 for five mana just isn't all that good. 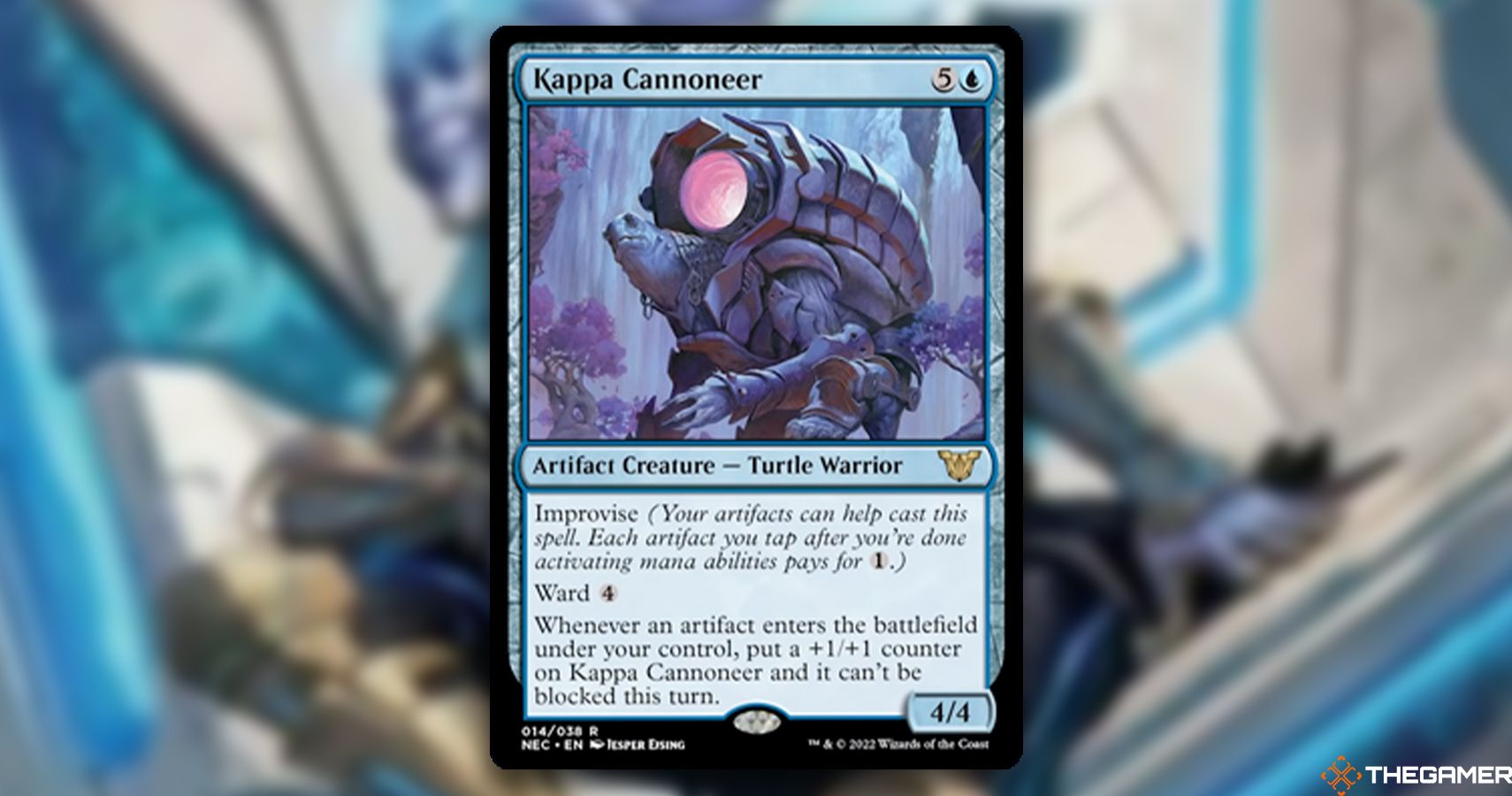 It's Blastoise! A really, really scary Blastoise! It can be Improvised in to circumvent the five generic and one blue casting cost, has ward four to stop anyone messing with it, and becomes bigger and unblo9ckable whenever an artifact enters the battlefield under your control. This could well be one of your main beaters in this deck. 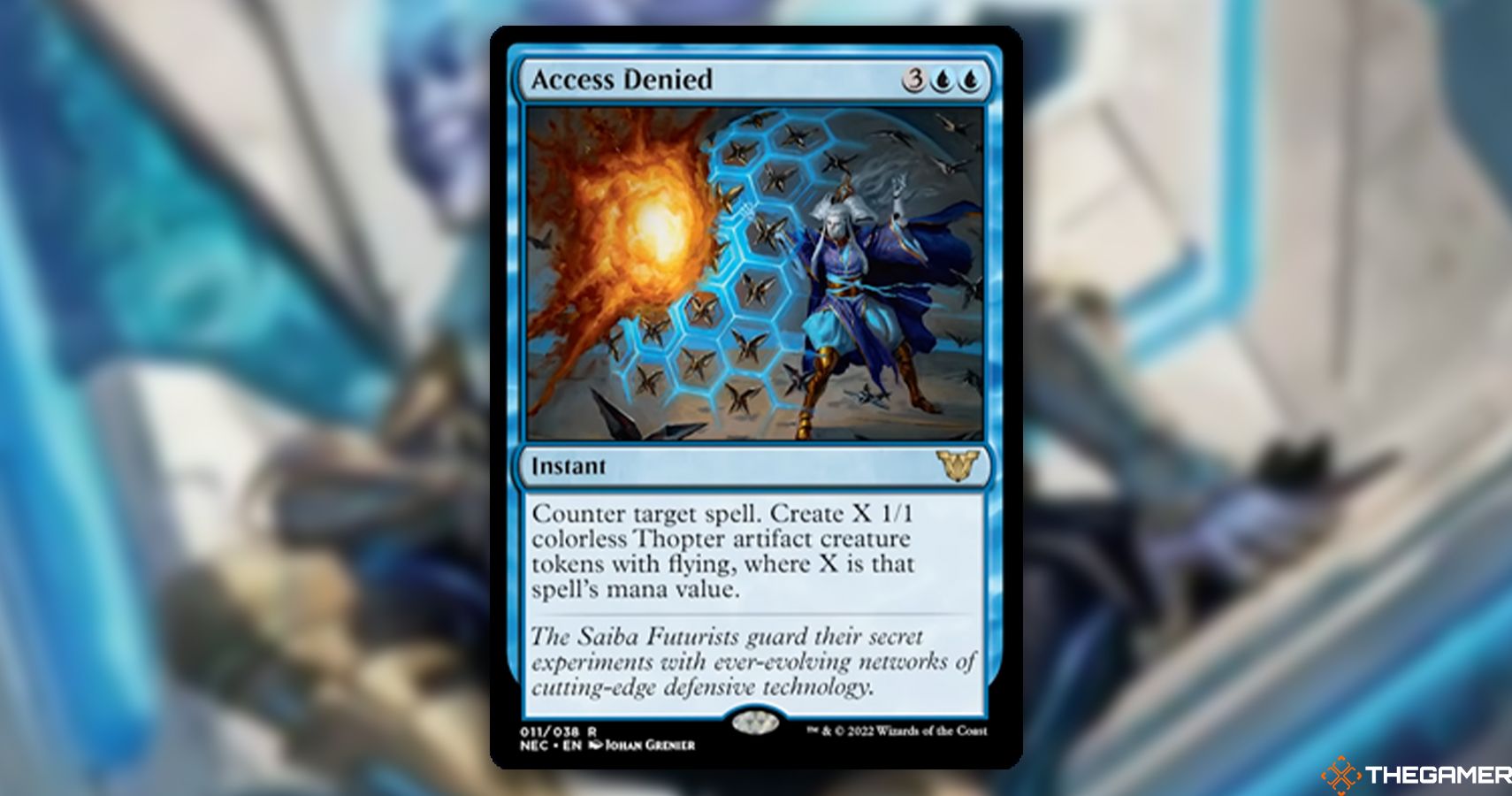 This… just isn't worth it. In a format where even the three-mana counterspells are considered too expensive, having a five-mana one that would make on average about three or four Thopter artifacts doesn't stand out. 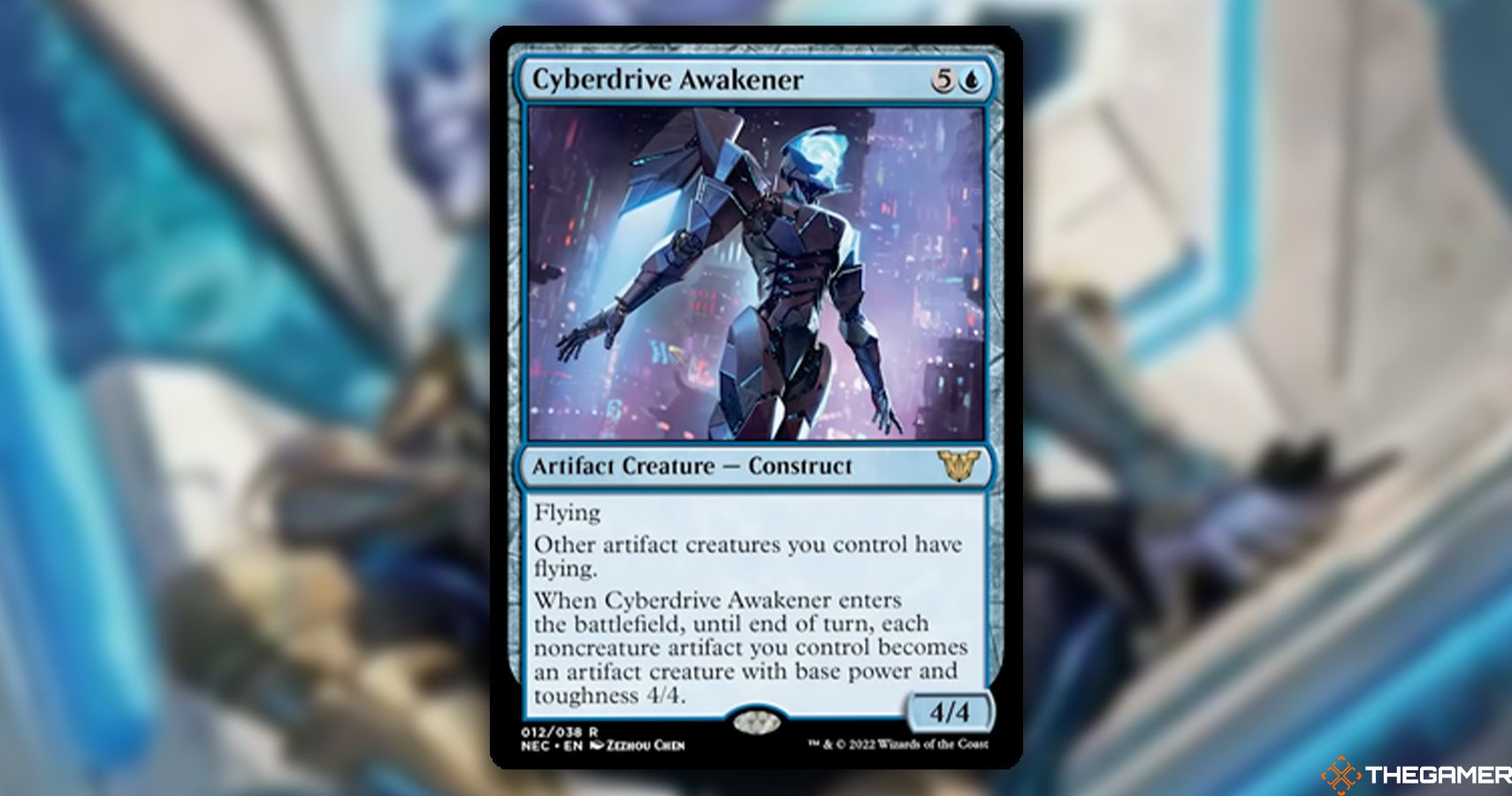 The art on this is possibly the most straight sci-fi we've had in the entire of Kamigawa: Neon Dynasty, and it's awesome. The ability is fantastic as well, as turning all your artifacts into 4/4 fliers could be a game-winner. Just make sure you sequence this properly if you have bigger artifacts you're planning to crew, or else they may be smaller than you'd like. 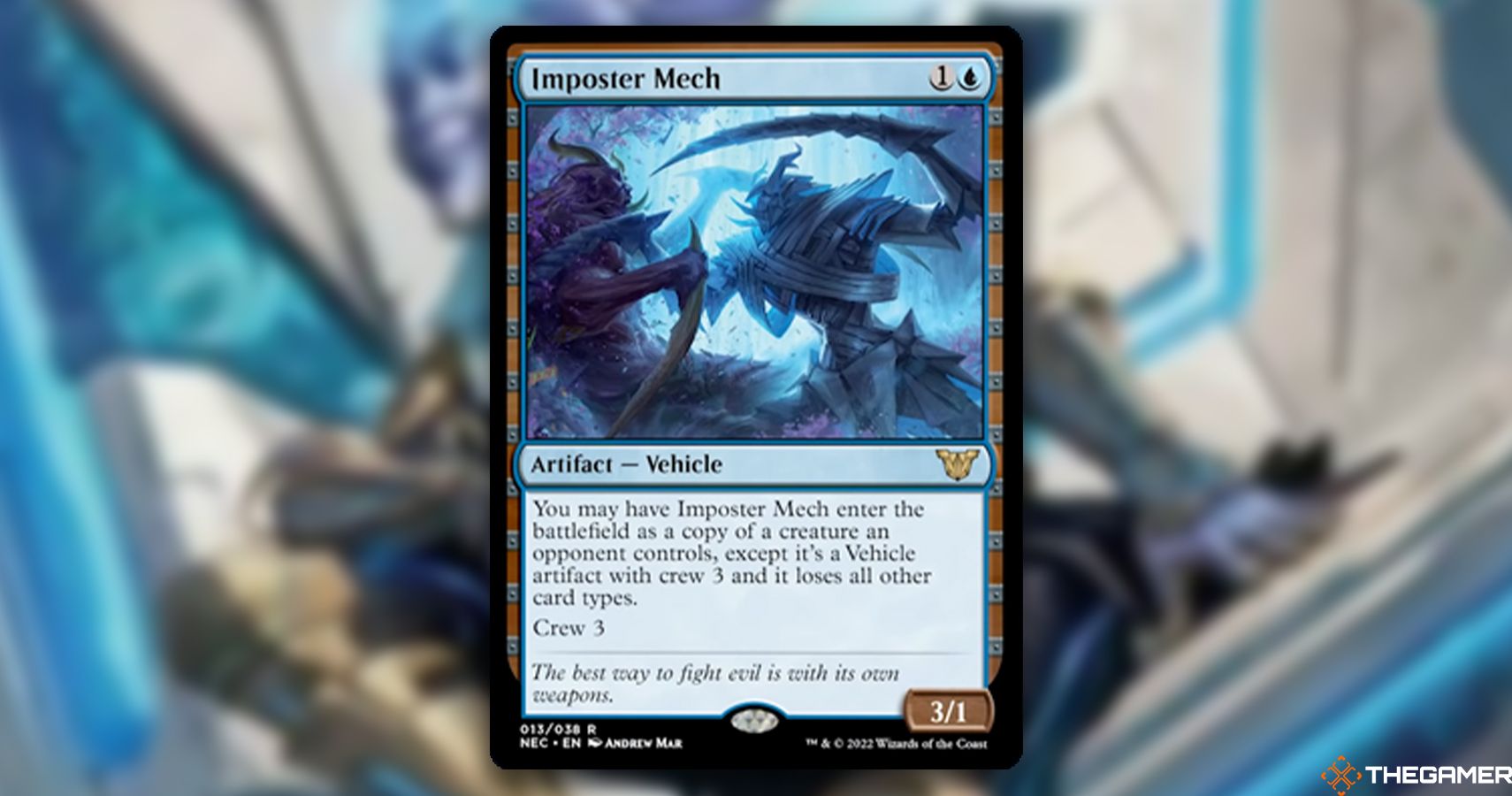 Imposter Mech is fascinating. It enters the battlefield as a copy of any creature, but it's a vehicle and a crew cost of three. The flavour's impeccable, and effects like this are always popular in Commander.

Each deck has one mono-coloured alternative Commander hidden in there, and for Buckle Up it's Katsumasa, the Animator. It's an interesting card, as we don't often see noncreature permanents get +1/+1 counters like this. He's also got a really nice mana sink ability to animate as many artifacts as you can afford.

The Azorius alternate Commander of the deck is unique in that it isn't a creature, it's a vehicle. For one generic and tapping it, you can draw cards and make Pilot tokens to crew its hefty eight crew cost.

Of course, it normally wouldn't be allowed as a valid Commander because it's a vehicle and not a creature. To fix that, the card itself explicitly states that it can be used, which is the first time we've seen this wording outside of Planeswalker cards like Tevesh Szat, Doom of Fools and Jeska, Thrice Reborn.

Shadow Man Remastered Gets An April 15 Launch Date On PC

Animal Crossing: How To Back Up Your Save Data