Hot Brass is a top-down shooter where you and three others are put in the roles of SWAT team members and tasked with resolving complicated scenarios like kidnappings and robberies. Contrary to how you might play other games of this nature you’re expected to act like real police and not run in guns blazing.

It’s currently in beta and we were invited to take a look at an early build. Hot Brass could turn into an interesting crime-solving experience, but this police force still needs some basic training to get into shape.

Beware The Circle Of Justice! 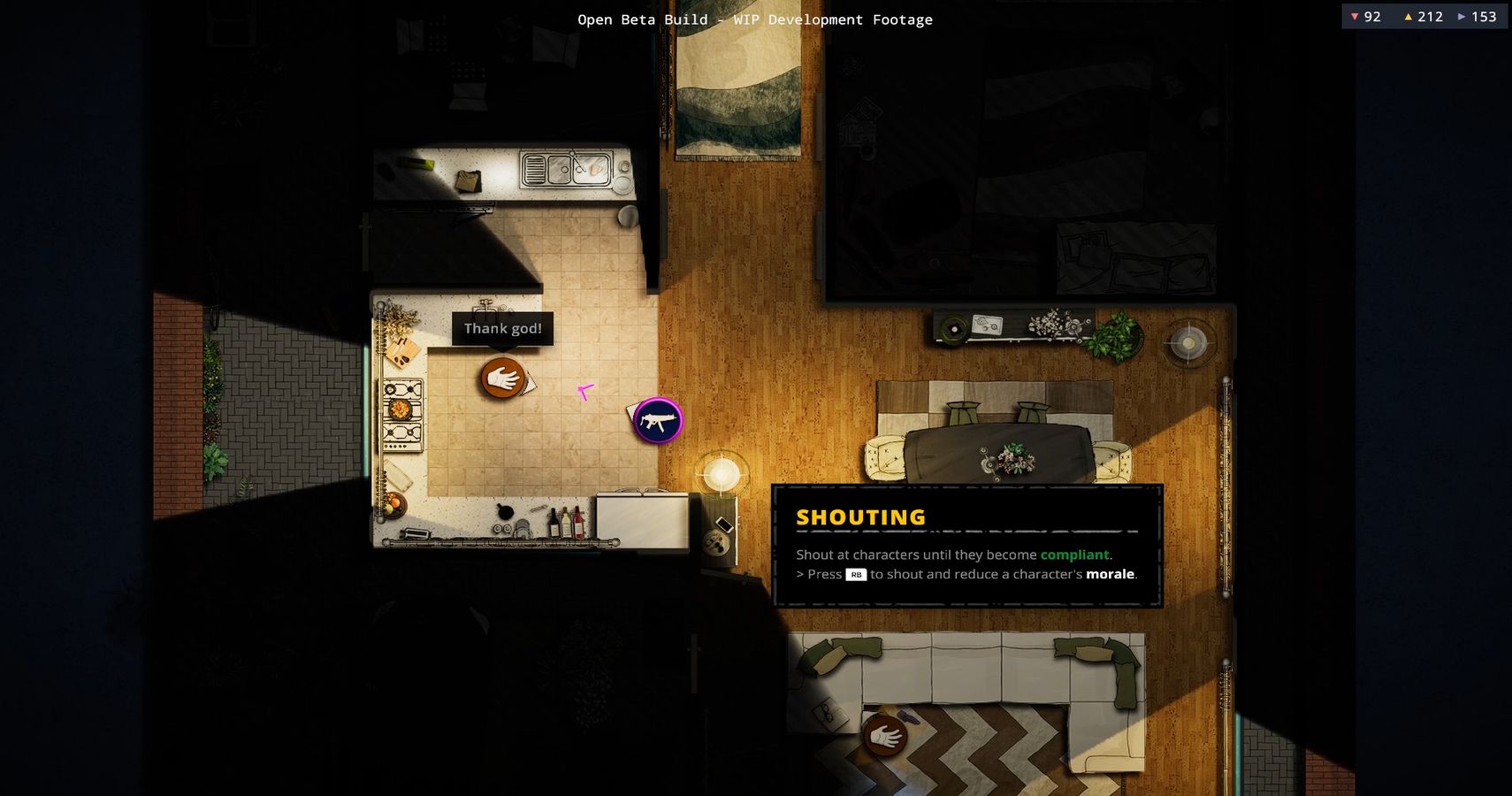 The most striking thing about Hot Brass is its strange art style. While the levels look relatively normal, you don’t control anything that resembles a human being. Instead, characters are giant neon circles that are supposed to represent the player. This was likely done because it’s cheaper to program moving shapes rather than design and animate character models that run around. But aside from being a good way to save some money, it does provide Hot Brass with a rather unique look. 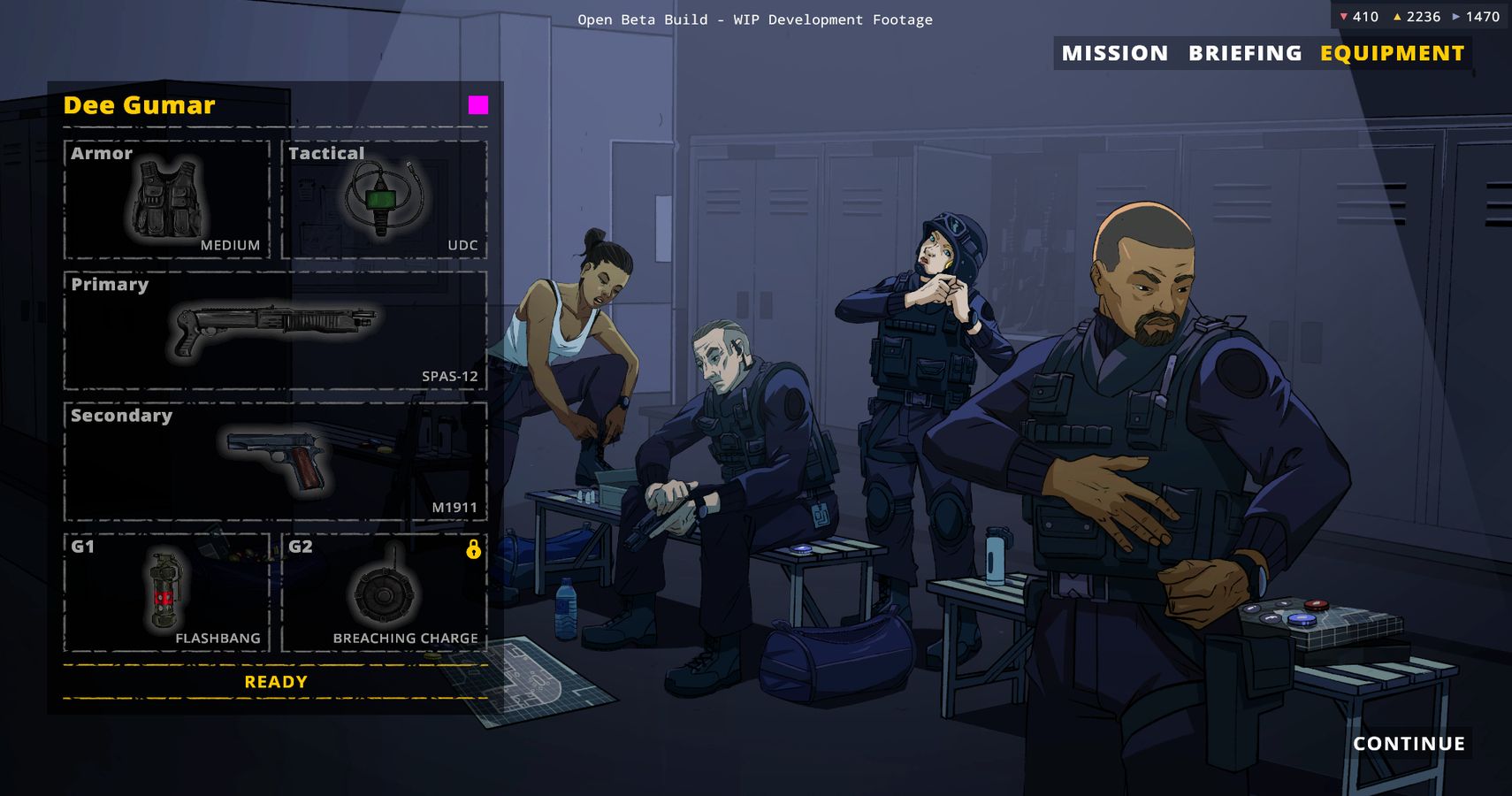 It brings to mind the old SWAT games from the 2000s. Those were some pretty intense titles that required teamwork to get everyone out alive. Hot Brass will likely involve some coordination to get the optional results out of a mission. However, finding some teammates is not especially easy at the moment.

Since the game is still early in development, the player base isn’t particularly high. There were some sessions available online, but they required passwords to join. As a result of a lack of open lobbies, I was unable to play the game with a team, which meant I had to go in as a one-man army to defuse situations all by my lonesome. The option to go in solo is viable but much more difficult than going in with friends.

I’ve Had It Up To Here With Your Rules! 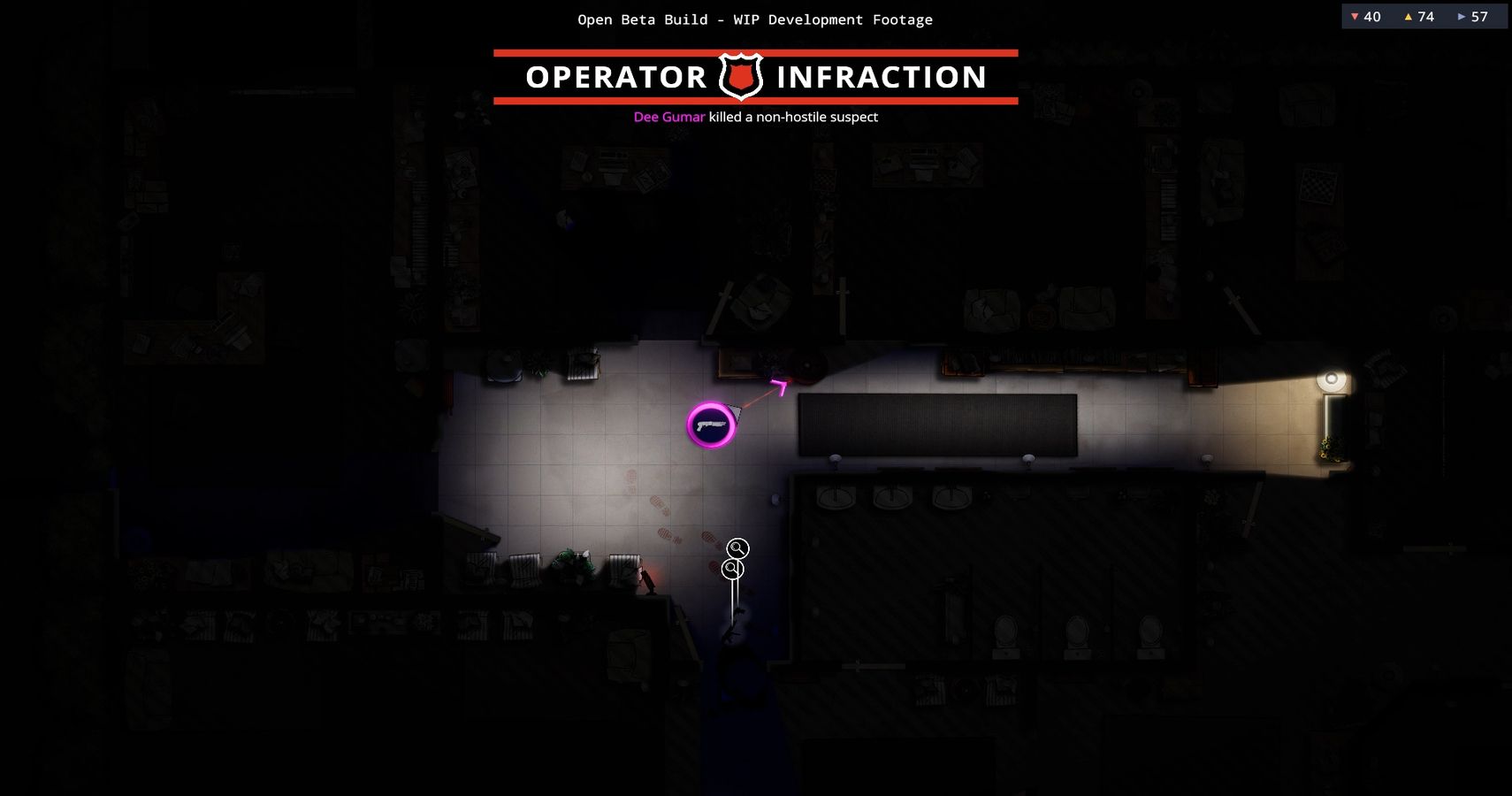 A typical gameplay session of Hot Brass starts with everyone choosing their loadouts and then deciding the best way to get inside. There’s the option to barge in but that’ll likely get you a face full of lead. Teammates can use a camera to look under the door for bad guys or search around the premises for other points of interest. There are also some stealth elements as footsteps make noise and flashlights attract enemies. Silently making your way into the house without drawing suspicion from the baddies inside seems to be the goal.

As law enforcement officers, players can’t simply enter a building and open fire on whoever they see. Doing so will earn an infraction which instantly fails the mission. It’s a requirement to give them a chance to stand down and then use lethal force if that fails. That’s done by either stunning them with a gadget or taser, or essentially shouting them into submission, which seems like a silly way to subdue a criminal. Once they’ve had enough of being barked at they’ll throw their weapon away so they can be handcuffed.

The problem with this mechanic is that it can take several shouts to convince a criminal to give up and that can sometimes lead to the player getting pumped full of bullets. This creates a kind of Catch-22 issue with Hot Brass. One might enter a building, shout at an enemy and then get promptly murdered. But you need to shout at them before lethal force is authorized otherwise you’re shooting an unidentified assailant and that counts as an infraction. This might be easier to handle with a full team since they could work together to shout and shoot or use a flashbang to stun them. Since I was all on my own, this made the game feel incredibly frustrating as I was either getting obliterated or earning infractions for being too trigger happy.

It might be easier if you had a better chance of surviving a gunshot wound, but you can only take one or two hits. It seems like you can duck behind objects to take cover but it’s hard to tell what counts as cover. The levels can hard to navigate around, especially when they’re dark and you’re trying to sneak in.

However, the developers are up front at the start with a warning about how the difficulty is still being adjusted and this is meant to be played with other people. Considering that this is a beta build it’s hard to fault them for things being too hard at the moment. That said, the infraction system could probably stand to be a little more forgiving. As of now, taking out an enemy who’s pointing a gun right at you can fail the mission if you don’t scream that you’re on a SWAT team first. 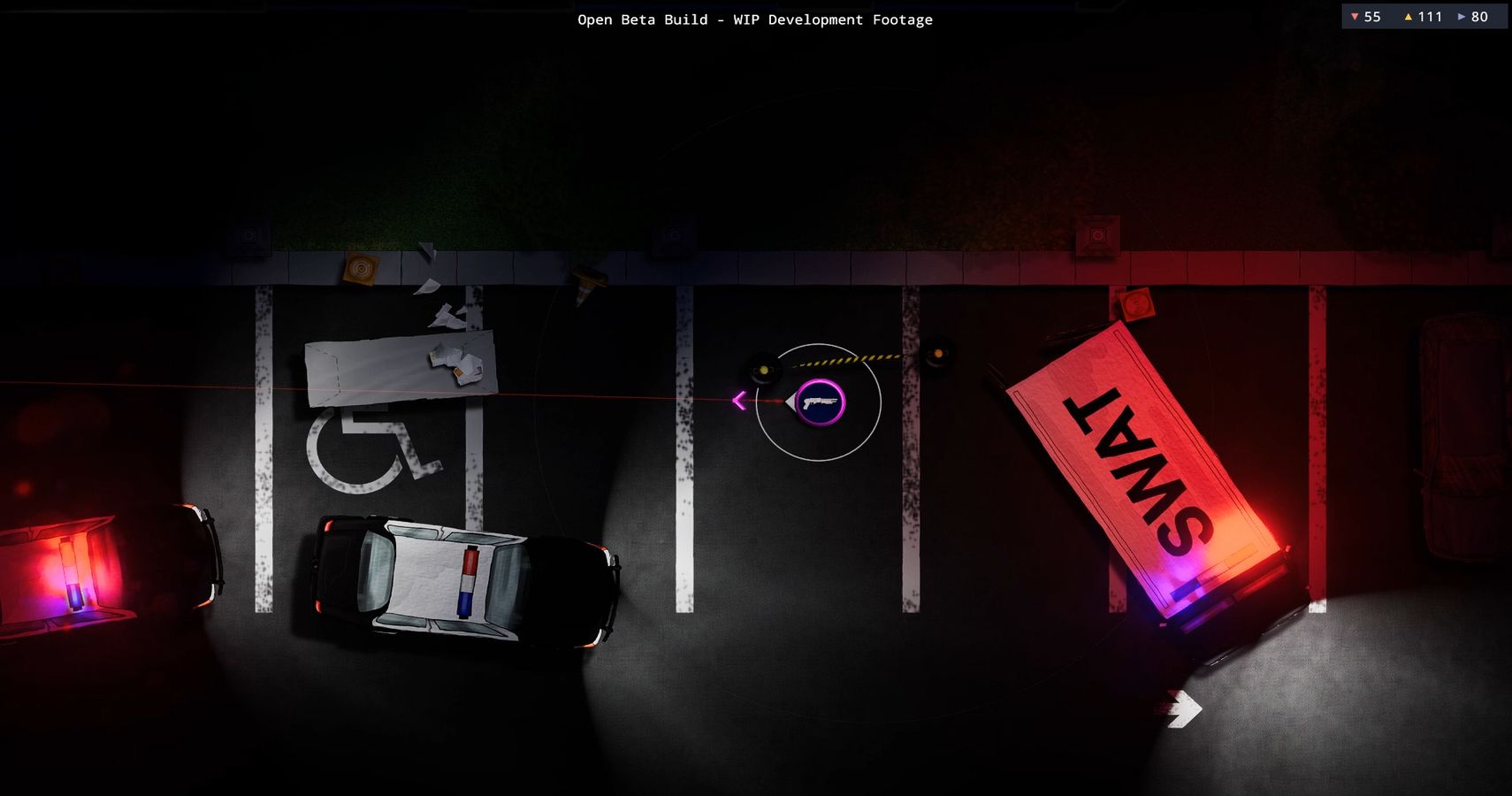 Finding other people to squad up with isn’t a simple process right now and that hurts the experience of Hot Brass. It’s likely that since this is a beta the player count is still pretty low, but if this is intended to be a team-based cooperative game then it needs to be easier to find like-minded players. You can play it locally with others, but considering that there are many who lack extra controllers or players, the online matchmaking is going to be key for Hot Brass‘ success.

Hot Brass has an interesting look and a lot of potential. It just needs to adjust its difficulty to be more manageable and work on its online experience. If they can get that sorted out, then this could turn out to be a fun tactical adventure for you and your wannabe cop friends.

Dodging Will Help Resident Evil 3 Feel Like An Action Game

Horizon Zero Dawn Addresses More Of Its Crashes On PC With Patch 1.02