The Witcher 3 is full of curses, and Geralt of Rivia faces a wide range of foes, from greedy gangsters to mythical creatures with terrifying, and deadly, designs. 20 hours into my playthrough, however, I realised that his most fearsome foe is no beast or baron, but a being capable of wreaking terrible curses upon his head, and charging him for the pleasure. I am, of course, talking about the barbers of The Continent. Their curses? Haircuts. The price? Unthinkable. Or ten crowns.

I didn’t even realise there was a barber in Novigrad until I stumbled across it while helping out Dandelion on one of his interesting adventures. Before now, I’d assumed that The Witcher 3’s customisation boiled down to Geralt’s attire and nothing more, as is often the case with named protagonists rather than games where you create your own character. But no, a barber can give your hair a trim and shape your beard, for a very reasonable price, too. What I didn’t realise, however, was how cursed these haircuts would be.

I opted for something a little radical at first, asking the kind barber for a short back and sides, with a ponytail for good measure. He didn’t question my decision – it was one of the options on his menu of styles, after all – and presumably chatted my ear off about his holidays in Velen or something while the camera faded to black. As Geralt came back into focus, it was already too late, and the barber and his infernal scissors had done their worst. 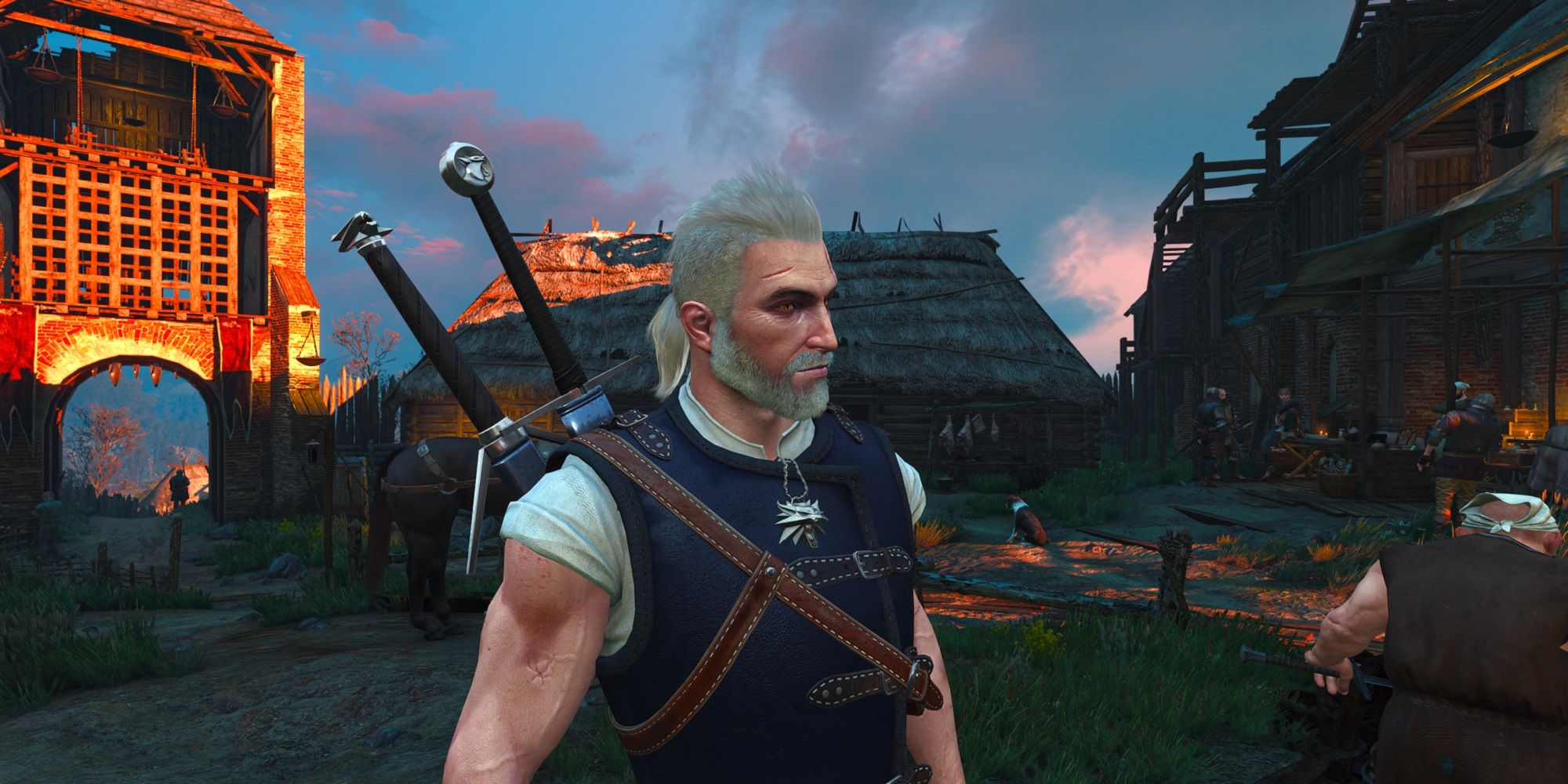 I scanned the options again, and (incorrectly) decided that none of the options would revert Geralt to his classic look. I liked what the barber had done to his witcher’s beard, but the hair was unforgivable. The things I wished I could do with my steel sword in that moment were unthinkable, and I couldn’t risk bestowing upon Geralt another derogatory nickname. The Butcher of Barberken? Not today.

And so, Geralt went about his business around Novigrad and Velen with what I can only describe as the worst haircut I have ever seen. It doesn’t help that The Witcher 3 seems to think it’s perpetually windy, and the short strands of hair in his spiky quiff thing going on atop his forehead were constantly rippling and standing on end, even indoors. 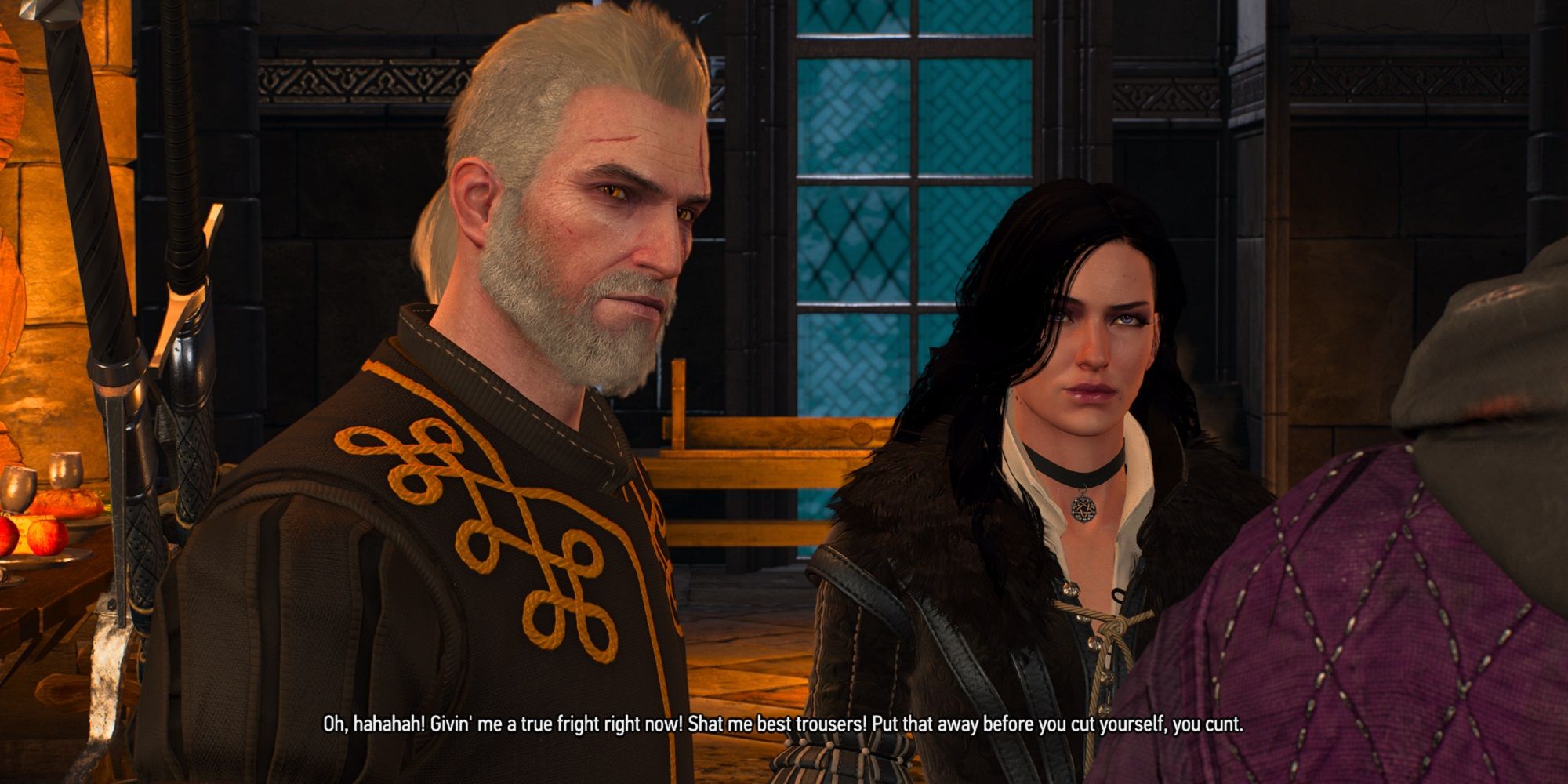 I couldn’t bear to look at cutscenes, and I was amazed when I finally got to Skellige that Yennefer recognised Geralt at all, let alone wanted to take him back to her hotel room for some unicorn shenanigans. She actually commented on how she liked the beard, but said nothing at all about the hair. It doesn’t take Sherlock Holmes to deduce what she thinks about Geralt’s new trim.

There’s another barber in Skellige, however, and I approached him with the hope that he would have a different array of haircuts available. Unfortunately, he did not. Skellige style clearly borrows a lot from the capital. However, I did come to the realisation that I could reverse Geralt’s curse for another ten crowns. The barbers may not be completely evil, after all. However, as iconic as Geralt’s half-up, half-down ‘do is, I didn’t fancy going back. After persevering so long with an atrocity of a haircut balanced upon his bonce, I let Geralt experiment a little longer. 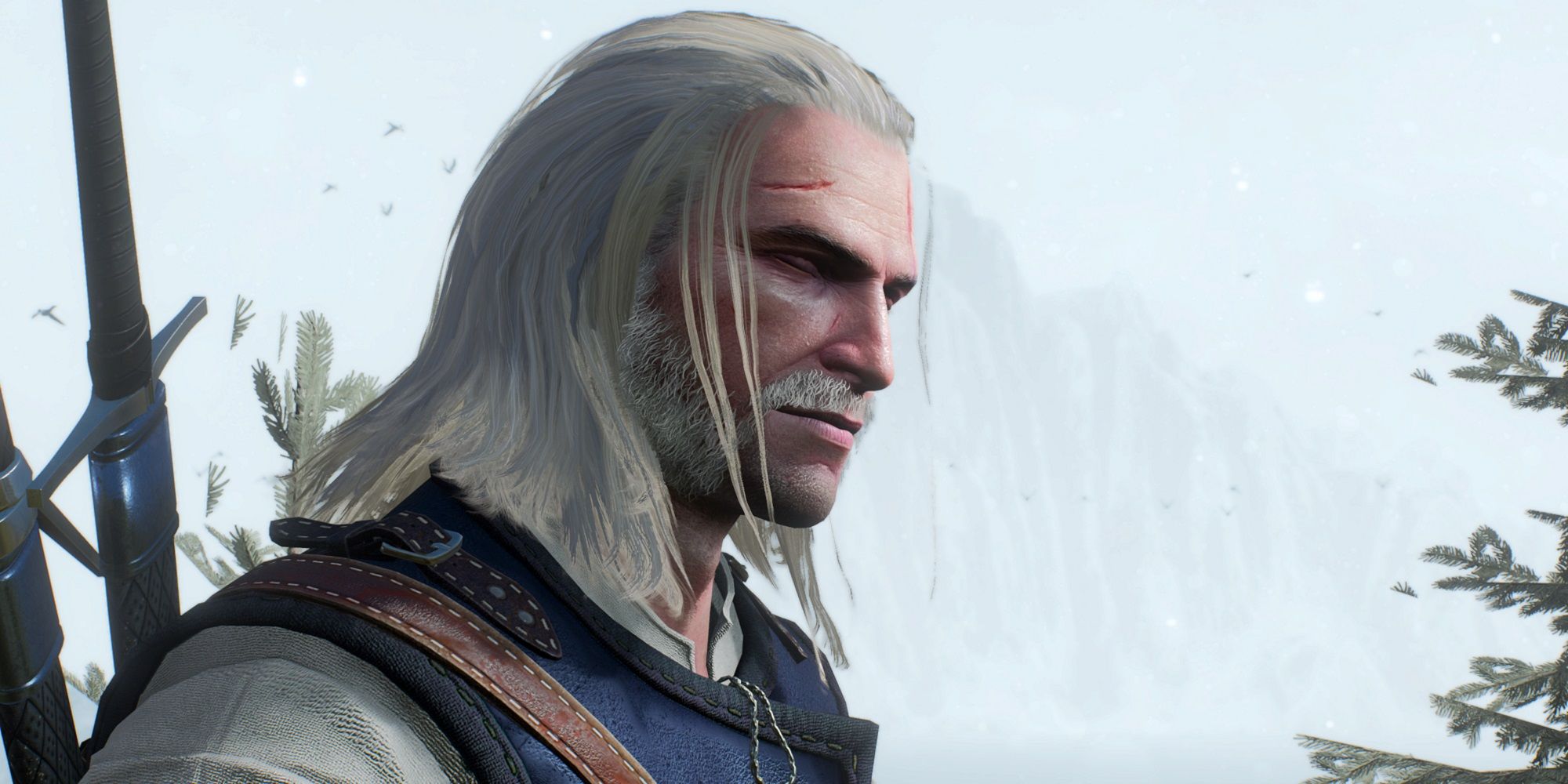 Skellige barbers must have trained in Ban Ard, because somehow this unassuming man coaxed a good nine inches out of Geralt’s grey locks, leaving him with a far more becoming shoulder-length trim. To round out the mid-life crisis effect, I opted for mutton chops, too. Knowing that the barber could always revert Geralt to his classic, box art trim, I was far happier to flick more and more crowns at him to try out different looks. This wasn’t a curse, it was a blessing, and both Geralt and I are now climbing snowy mountains and taking on giants with confidence and pizazz.

While I wouldn’t suggest anyone go for the short back and sides slash ponytail combo, leaning into the meagre customisation that Geralt has available to him really pays off, and makes this witcher your own. My Geralt focuses on his hand-to-hand combat abilities, ignores alchemy completely, and can’t leave a cry for help unattended. He also has mutton chops. Get over it.

Players Are Losing Their Minds Over The Puns In Animal Crossing

Wildermyth review: There’s no other game quite like it