The Mass Effect Legendary Edition is out and fans both old and new are exploring the galaxy as Shepard with their crew members.

Of the many aliens in the franchise, the Krogan have one of the most tragic and interesting histories. Unlike humans in Mass Effect, they are a race that did not build up to space travel, but were discovered and “uplifted” by Salarians. However, due to their culture of war and competition with high birth rates, they were later kicked down by both the Turians and Salarians through the genophage, which drastically lessened their birth rates.

Being a race of multiple companions in the franchise (such as Grunt and Wrex), there is a lot already known about the Krogans and their culture. However, there are still mysteries some fans want answers to.

7 What Did Tuchanka Look Like Before Their Resources Dwindled? 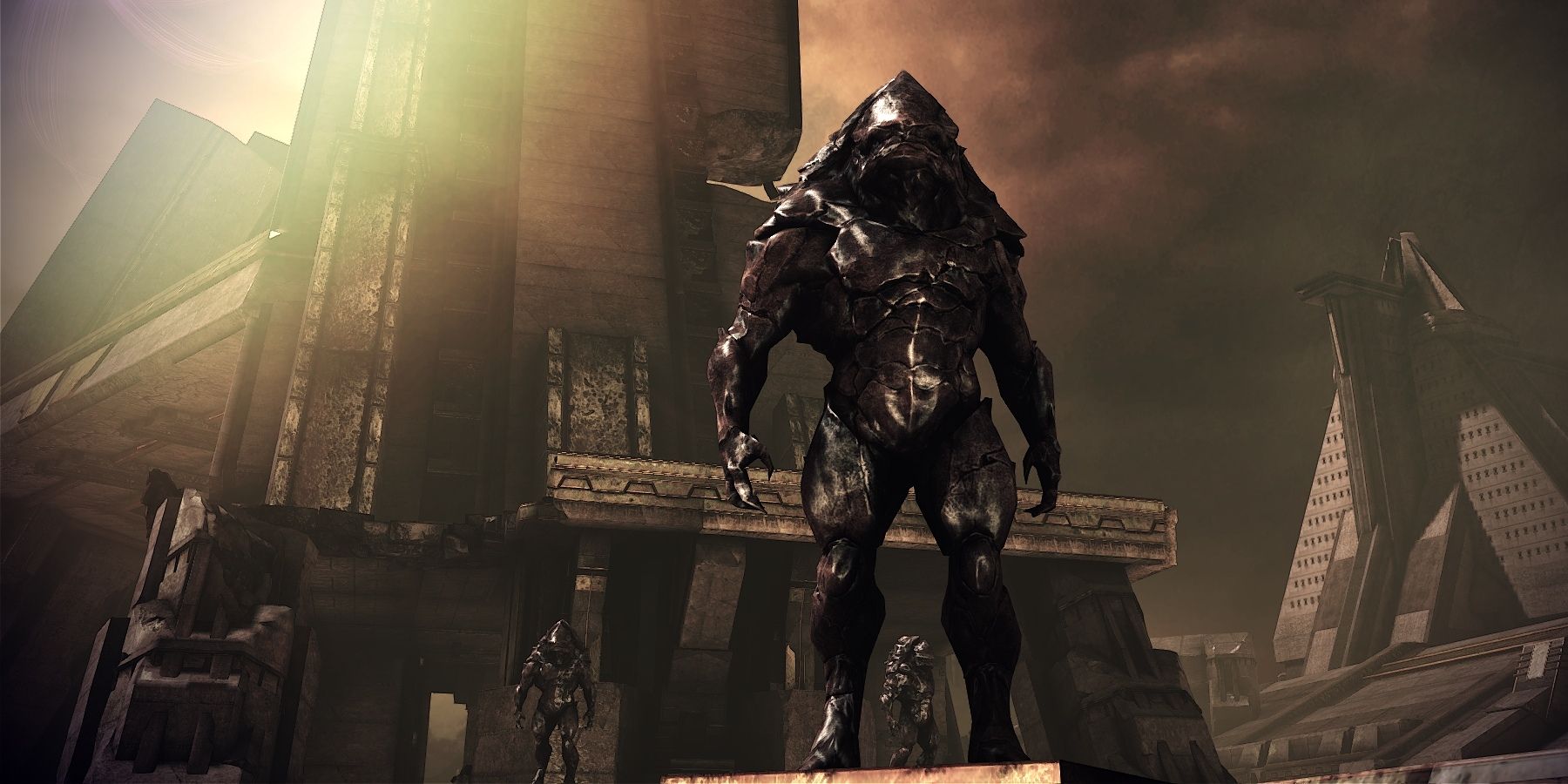 Tuchanka was not always a wasteland. Apparently, Krogan actually developed a lot as a society in terms of culture, art, and technology. All of these societal fancies were thrown away though, as the Krogan got too populated and had to constantly compete for resources.

This ultimately turned their planet into a wasteland of war. Fans only see little remnants of what their ancient society looked like through its buildings and statues. It makes one wish we could have seen Tuchanka when it was most prosperous.

6 How Will The Krogan Fair After The Reapers Are Gone? 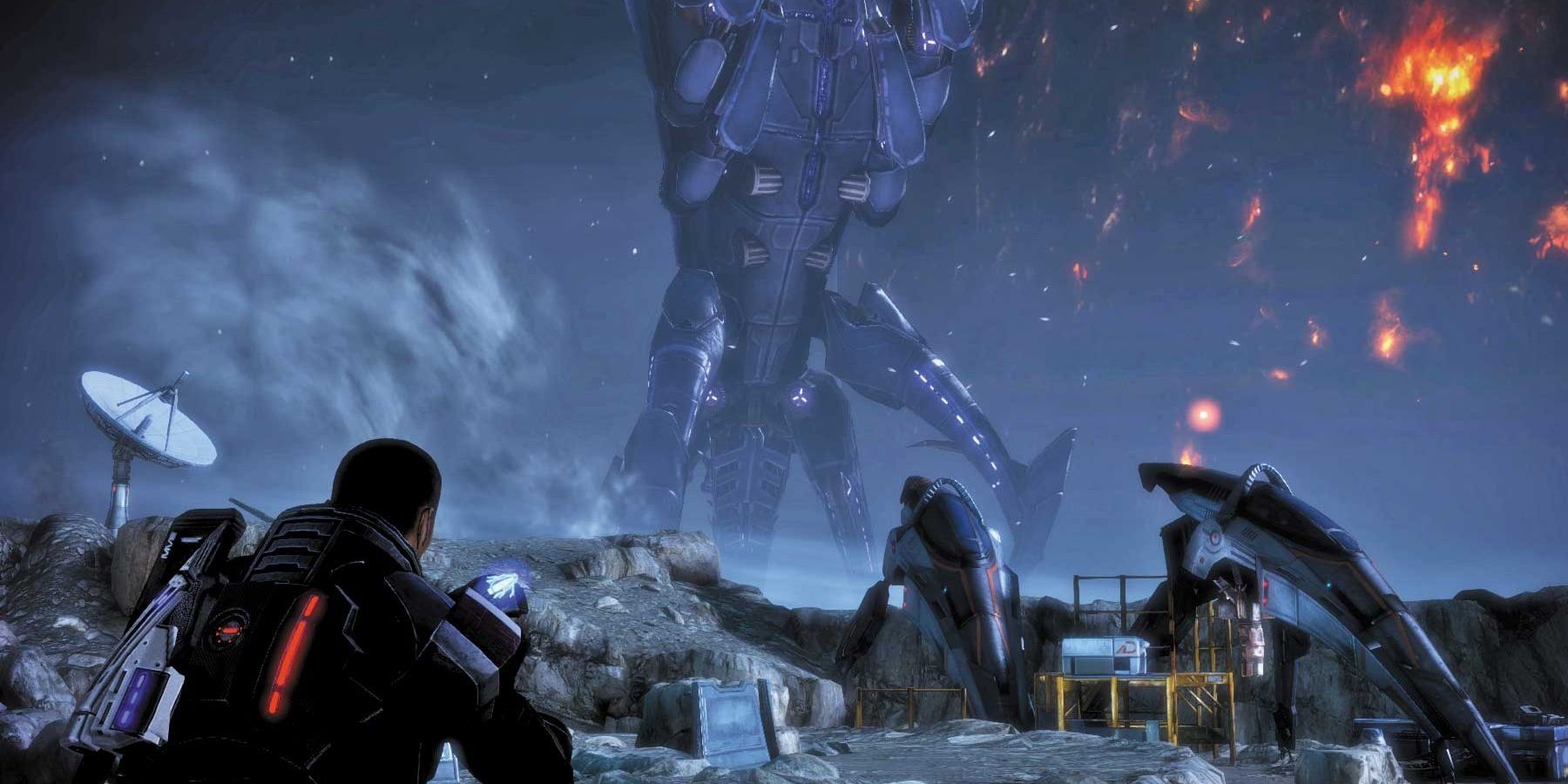 The ending to the trilogy was met with a lot of mixed feelings among fans. A big question was what will become of the Krogan. Shepard does get the option to help cure or keep the genophage going, and even more of their fate is affected by what ending Shepard ultimately chooses in the third game.

Some details are unveiled in the updated epilogue. However, there are still many unknowns. If the genophage is cured, will they have more of a political voice in the future? Will they isolate themselves? Will the population settle or skyrocket? Is the solution truly long-term?

5 If They Ever Made Their Own Ships, What Would Those Look Like? 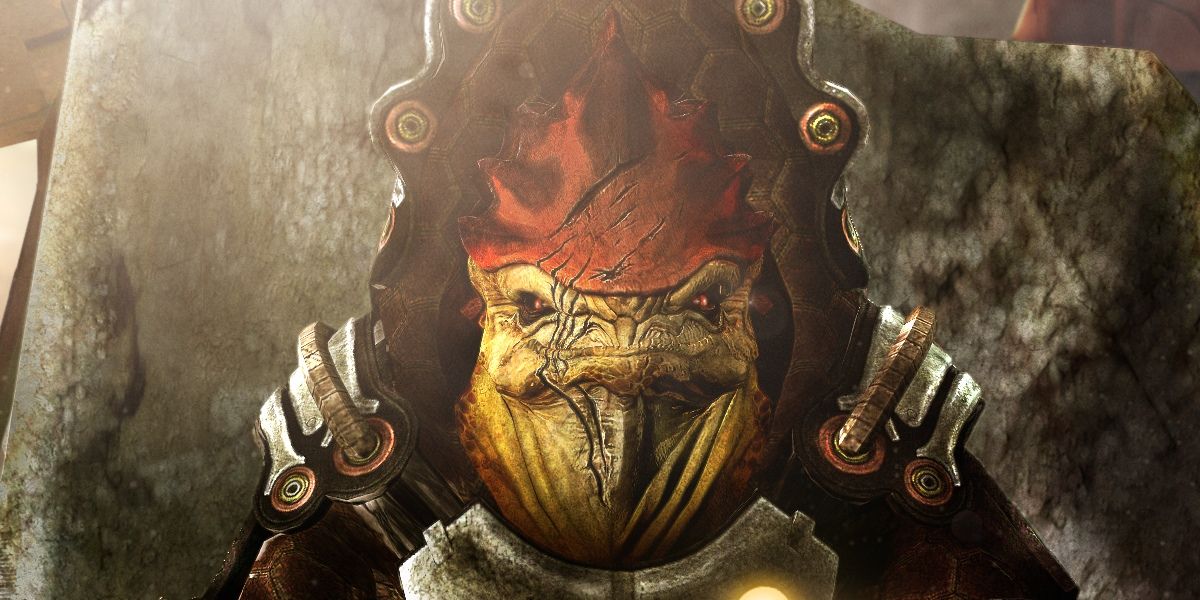 A unique fact about Krogan is that since they were discovered by the Salarians, they did not really make any of their own spaceships and high-tech weapons. They simply adopted the tech.

If tech was never adopted, what would Krogan spaceships look like? What high-tech weapons would a Krogan make? Few to no Korgan are scientists (as they all love fighting), but what if there were, and what if they built spaceships? How would their attitudes and culture reflect into their ship design both on the outside and inside? 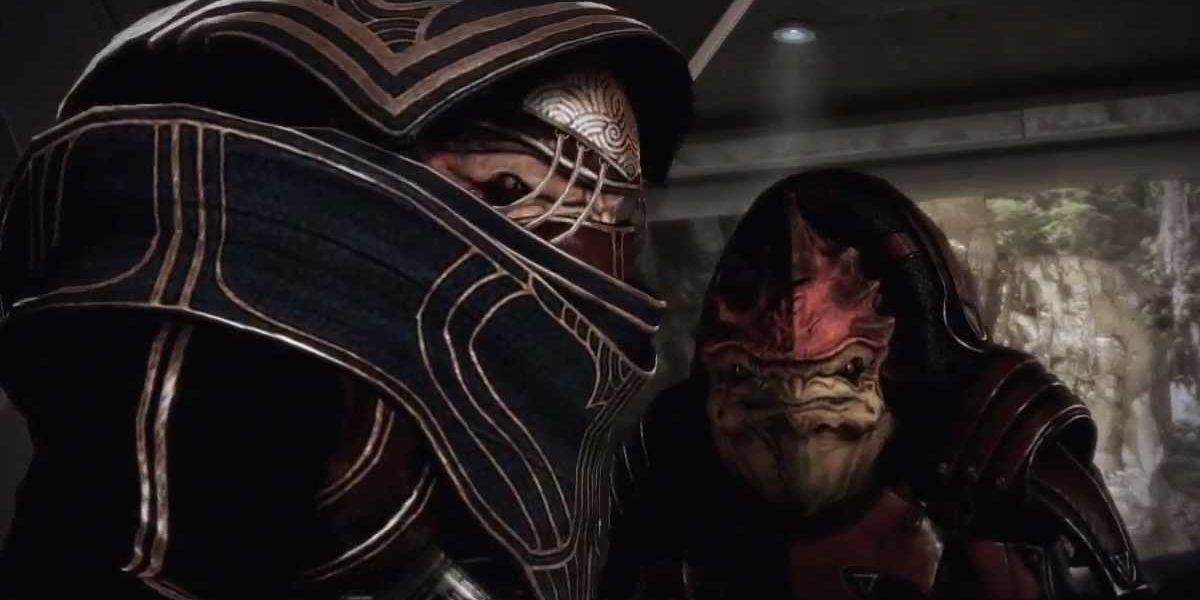 Gender segregation is big in Krogan culture, especially after the genophage. Fans actually did not really meet a female Krogan until the third game. Eva was a very fascinating and powerful character to chat with, but she is only one example of the women in her culture.

Female Krogan have their own camps where they live and raise others. Shepard gets to go to a male-only camp, but never female. It would have been interesting to see the differences between the two with our own eyes.

3 How Many Clans Are There In All? 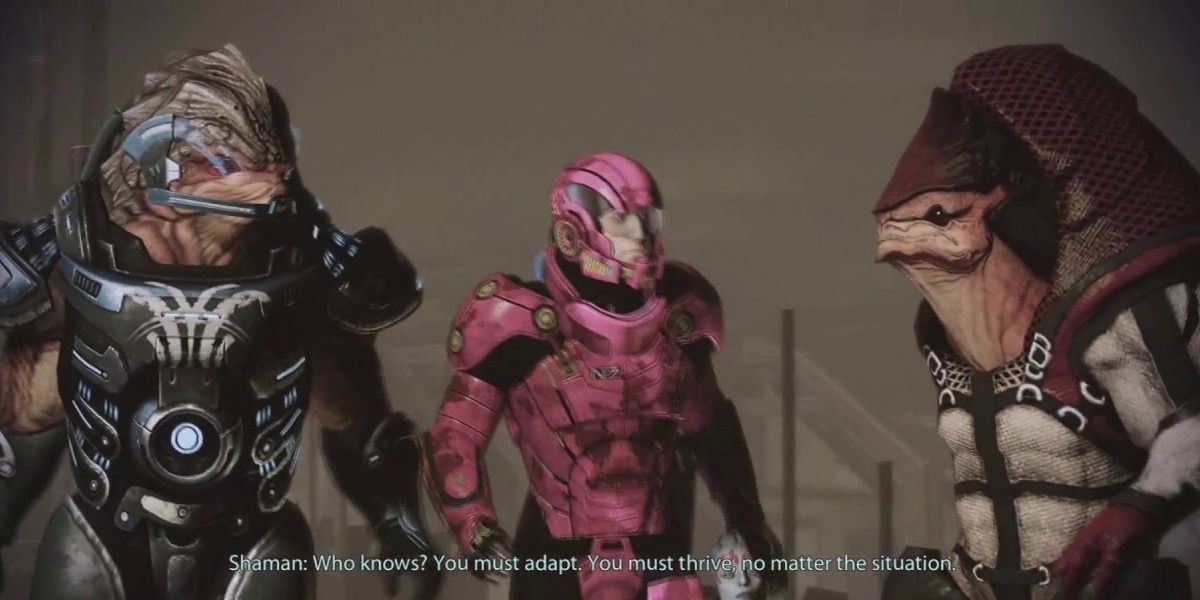 All fans really know about Krogan clans is that there are a lot of them. It is never mentioned exactly how many but there are over 20 clans named in the series. Few are explored or spoken to outside of Clan Urdnot, Clan Weyrloc, and Clan Nakmor.

Every clan has its own traditions and rules. So it does make one wonder what sort of quirks and differences the clans have from each other. Another matter entirely is the size, how many members does each clan have anyway? 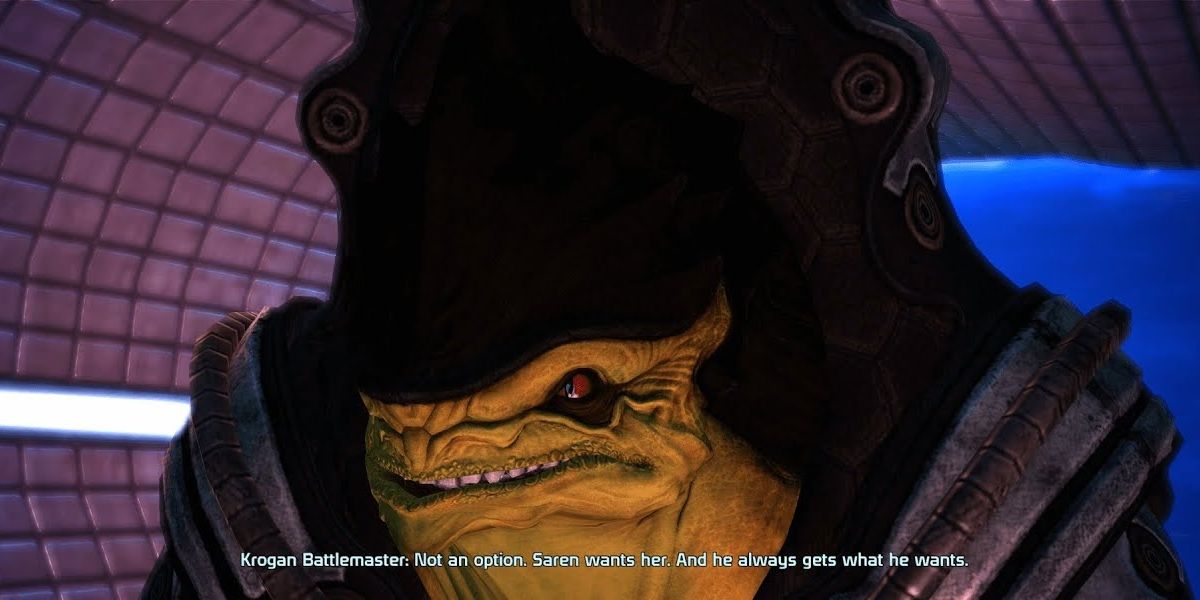 Aliens in Mass Effect do not really speak English. Within the lore, everyone has a universal translator in their Omni-tools. So, most to all of the words aliens say to humans are just immediately translated. This is all revealed in the Mass Effect DLC, Bring Down The Sky, in a codex.

So it is easy to forget that the Krogan have their own language. Little is known about it, but there are some untranslatable words they say such as “ruzad,” “korbal”, and “ru’shan.”

1 When Do They Die Of Old Age? 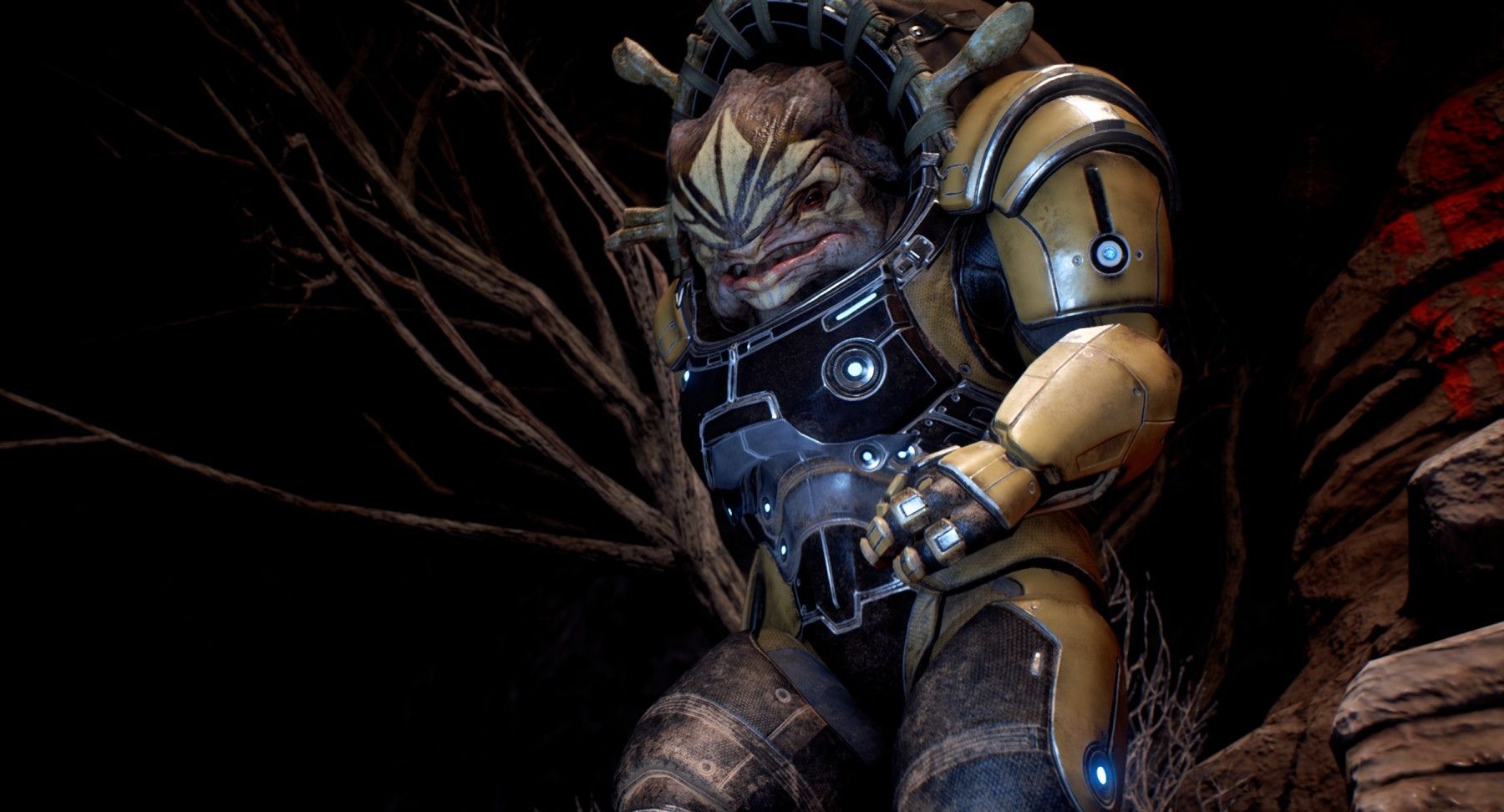 One of the greatest unknowns of Krogan is how long they live. This is because they all tend to die in battle or some other risky job. According to the lore, there is no documentation of one dying of old age.

So how long would a Krogan live if they let old age take them? They can live for over one thousand years. It’s possible they could outlive Asari if given the chance. After all, Nakmor Drack from Andromeda is revealed to be about 1,400-years-old!

A Bunch Of Amazing Games Are In Annapurna PS4 Box Sets, Out Today

Prince of Persia joins For Honor for three-week crossover