Each form in Nobody Saves The World has a range of unique abilities that can be upgraded and swapped between each form. We've previously discussed the game's best passive abilities, the ones that work in the background while you play, but now it's time to get a bit more active.

Active abilities are essentially special moves that each form can use. Although moves come from specific forms, after a few hours you'll be introduced to mechanics that let you swap these active and passive abilities to whatever form you like. There are a lot of good ones but, as is always the case, there are some that are simply better than others. These are the ones you're going to want to use the most.

Best Active Abilities In Nobody Saves The World 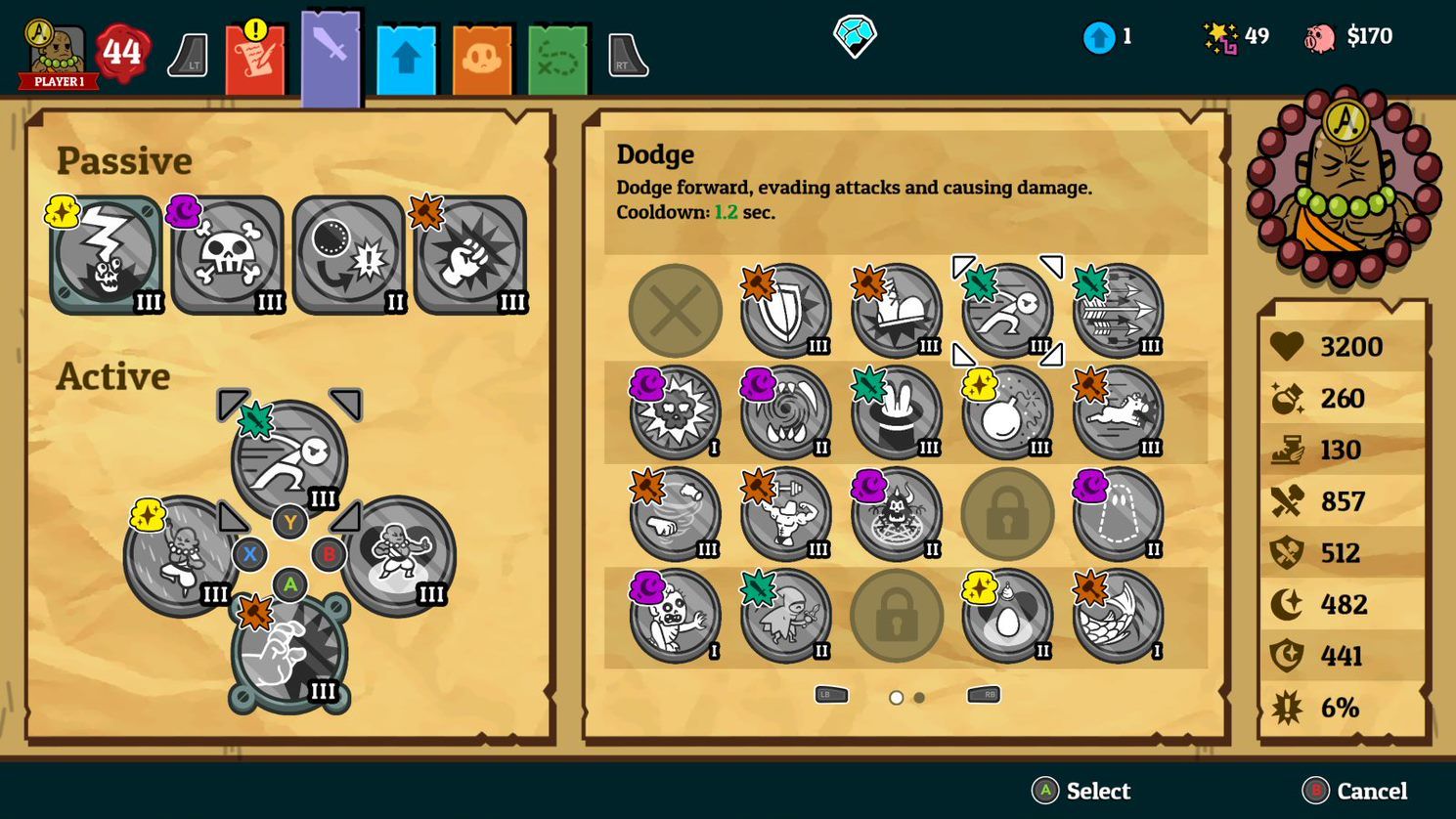 You might argue that every dungeon-crawler should come with a built-in dodge ability and sure, you're probably right, but Nobody Saves The World doesn't have one. Instead, it gives it to the Ranger and makes it a pretty essential skill.

As the name implies, Dodge lets you dive forward, but it also lets you deal sharp damage, which is one of the more common wards in the early-game. One of the best parts of the move is that it actually doesn't cost any mana at all, meaning you can use it as much as you like with only a second of cooldown. 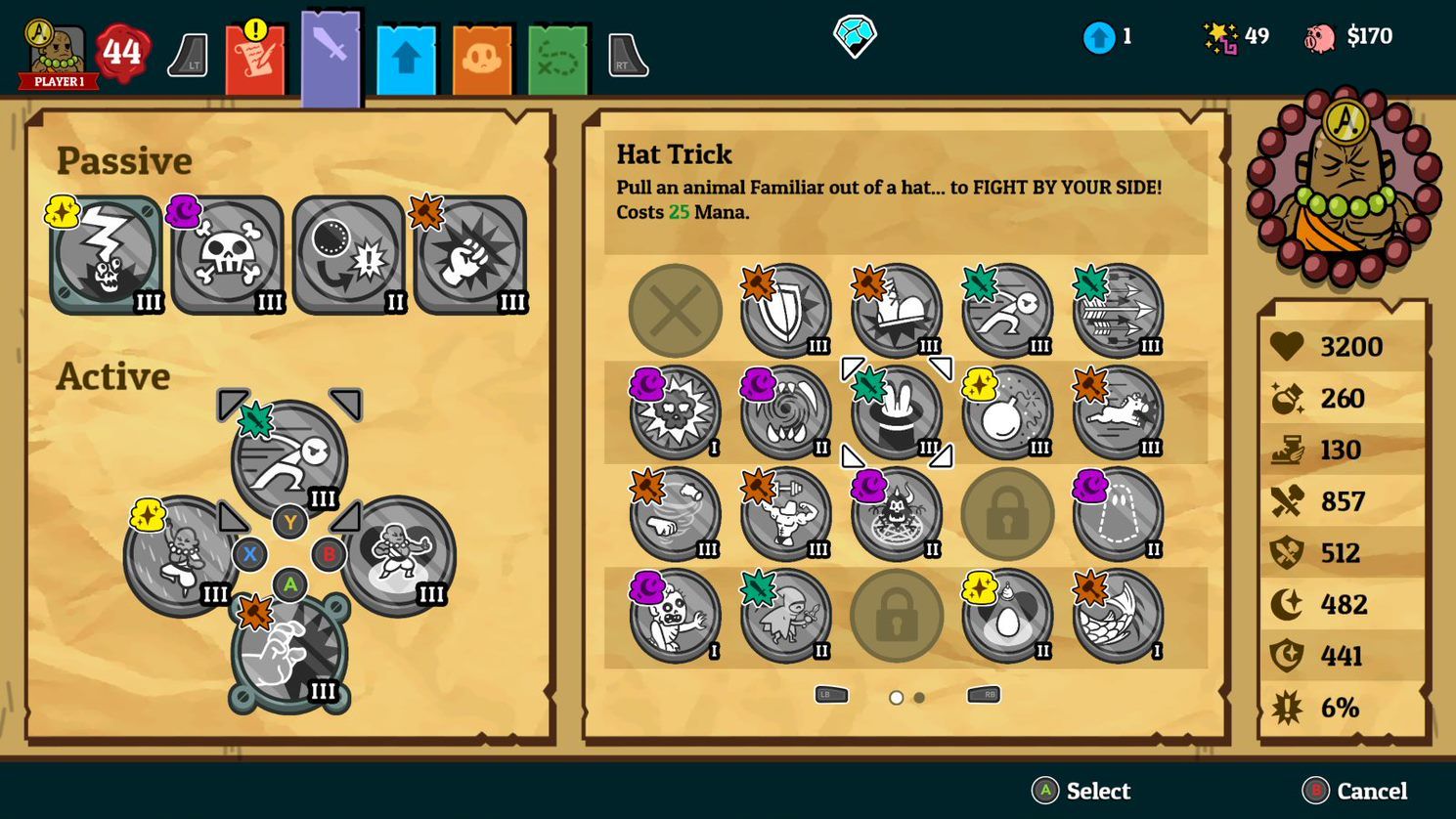 There are several forms in Nobody that let you summon familiars, but the Magician's Hat Trick is the most simplistic and reliable.

Whereas the Necromancer needs dead enemies to raise familiars and the Zombie needs to kill with a specific attack, Hat Trick lets you instantly summon followers without any hastle. The rabbits aren't the most powerful, but you've also got a chance of summoning a much stronger tiger, and when combined with the Exploding Familiar passive ability, things get very interesting. 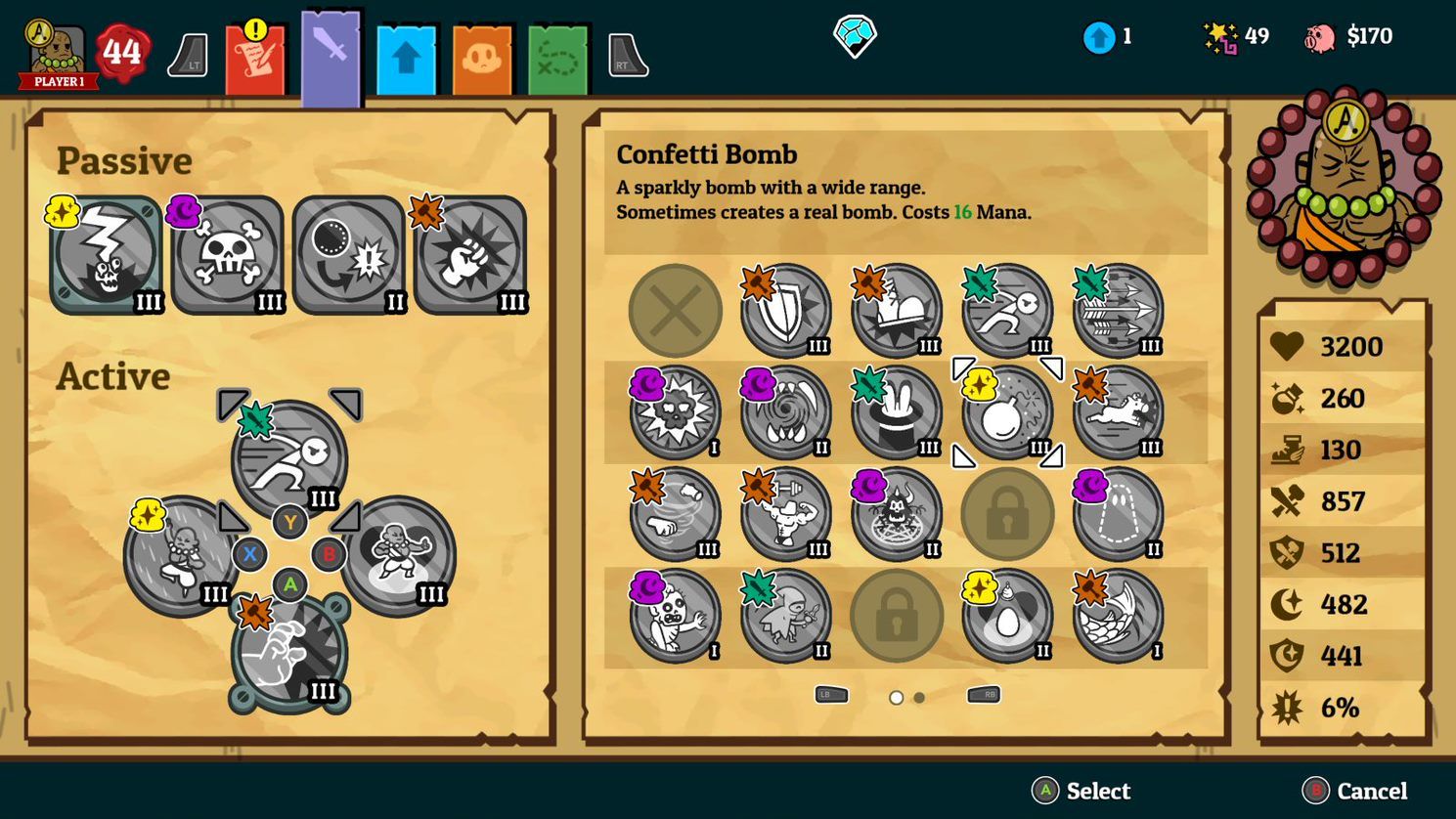 Speaking of the Magician, here's another move from their bag of tricks. This move lets you chuck out a confetti bomb that deals stun damage.

Besides being a great crowd clearer, the Confetti Bomb is one of the few moves in the game to deal stun damage, making it one of the better moves for enemies with that ward. Similarly to all of the Magician's moves, Confetti Bomb also has some luck tied to it, occasionally spawning a much bigger bomb that deals even more damage. 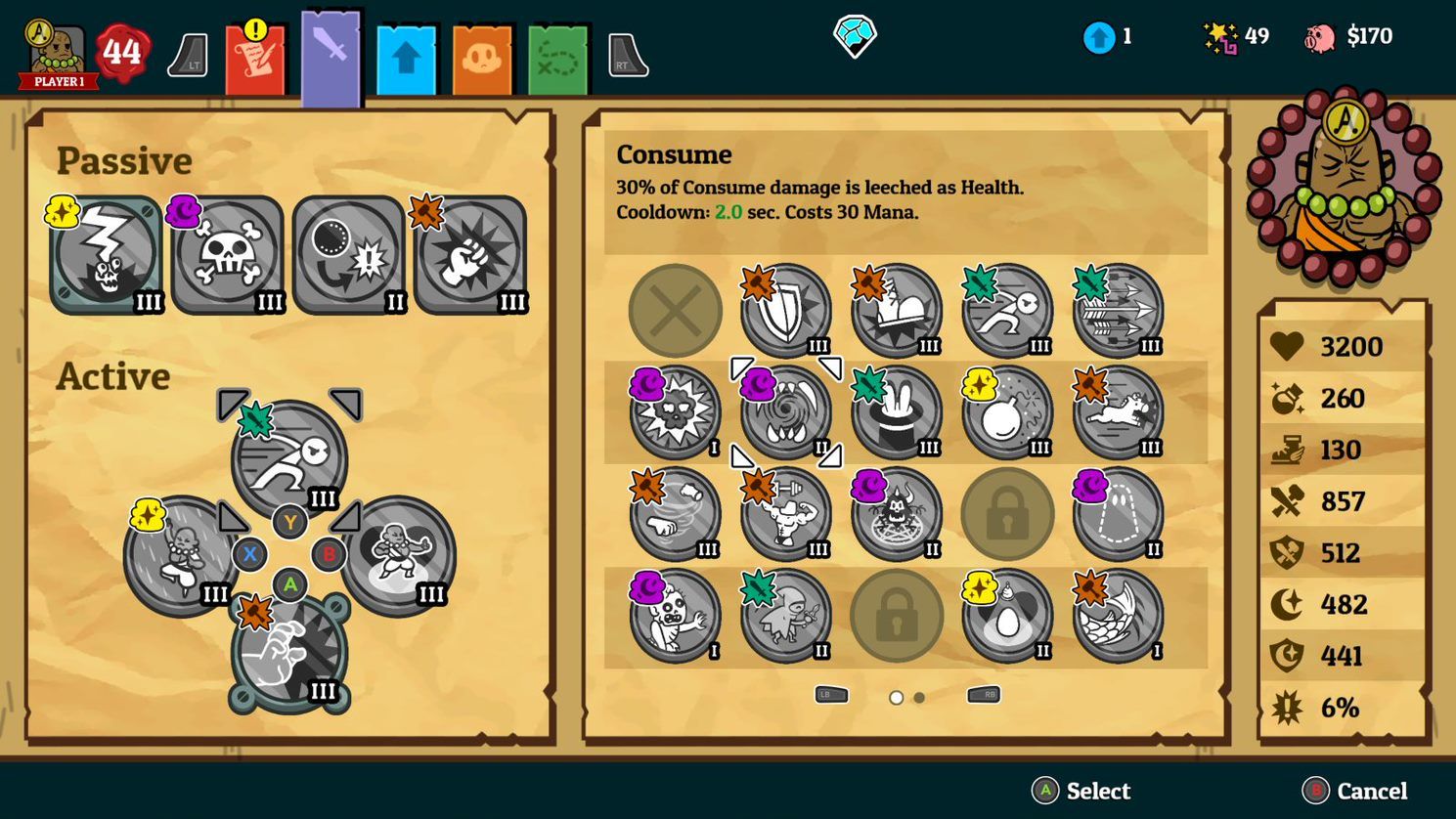 The Rat might be one of the game's earliest forms, but that doesn't stop it from having one of the better early-game active abilities.

Consume does exactly what it sounds like – it's a bite that restores an upgradeable amount of health and deals dark damage. This may sound simple but it's the second most-reliable way of healing in the whole game. Considering how early Rat is unlocked, using Consume is one of the only ways to heal until you unlock other forms. 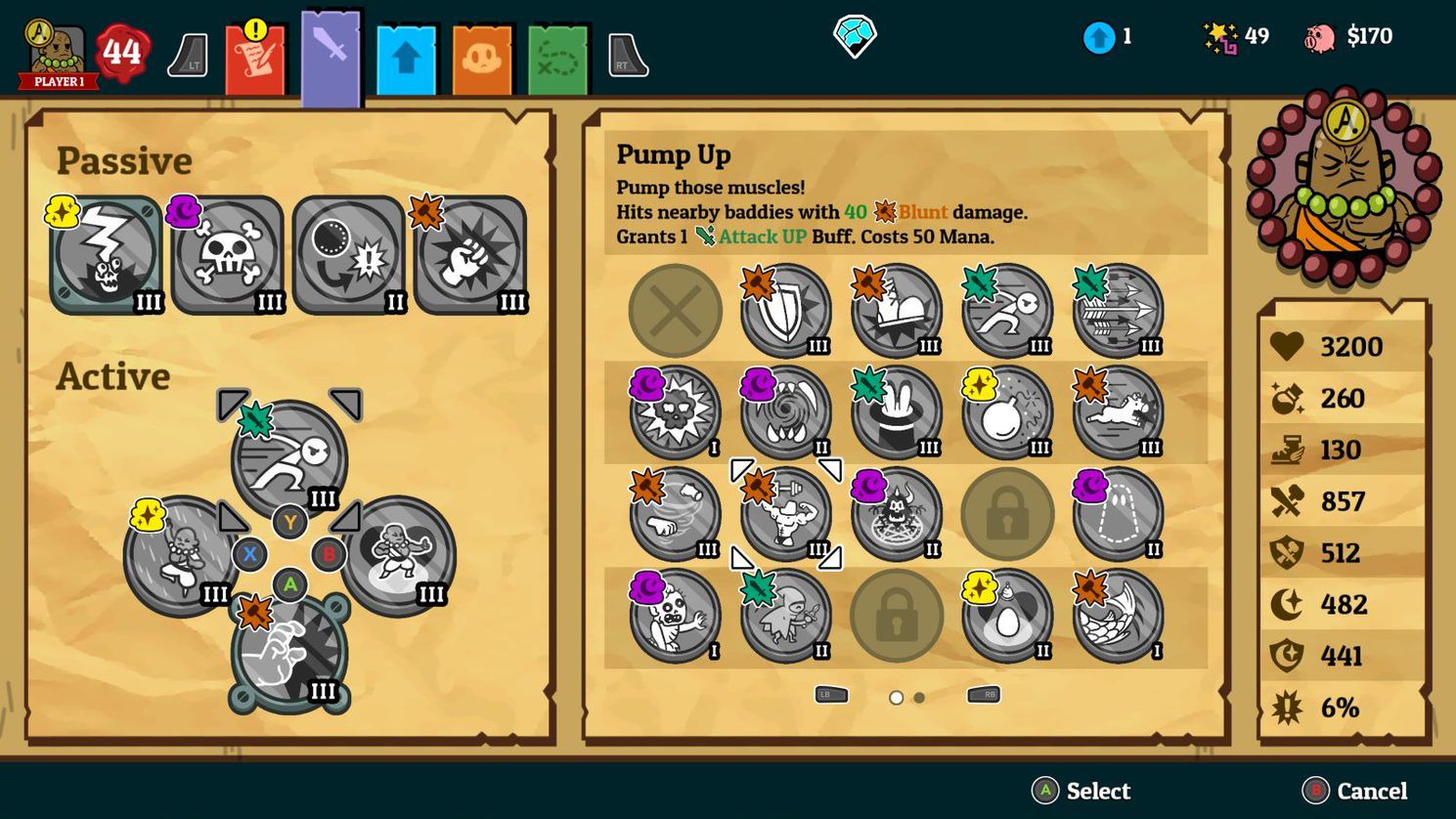 As you'd expect from a strongman, the Bodybuilder has some very strong active abilities. Although Flex is another good one, but Pump Up is the strongest of the two.

Pump Up hits nearby enemies with blunt damage but it also grants a +1 attack buff that will stack with each subsequent use. Although it's not easy to keep that up thanks to how much mana it takes, the strength bonus can be a big help in the early game. 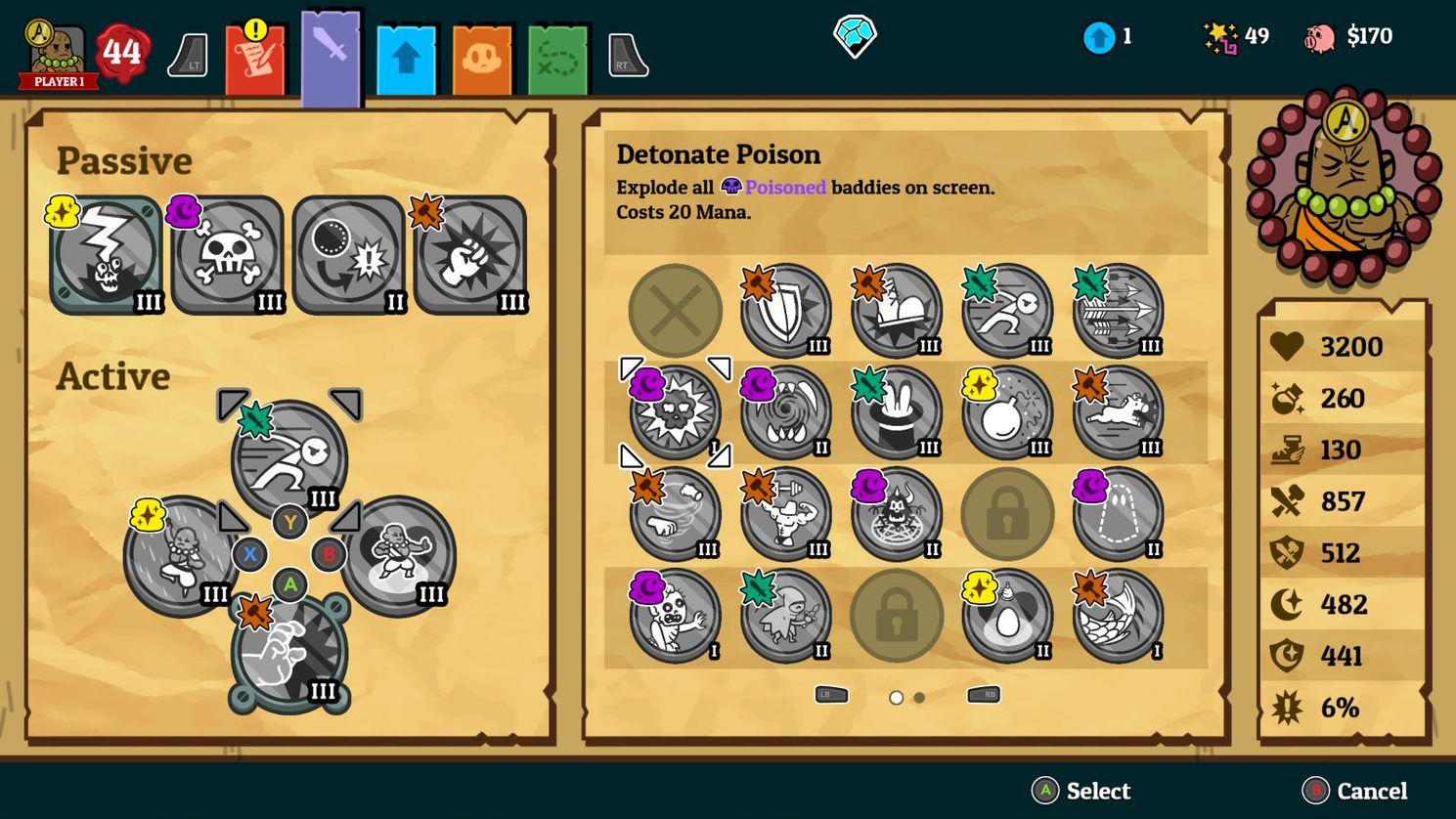 When we say that just the Rat is an early game form so you shouldn't count it out, we mean it. Detonate Poison is the Rat's second active ability and when used right it can be incredibly strong.

As the name suggests, Detonate Poison blows up any enemies who have been inflicted with the poison status, dealing a massive amount of damage. If combined with the Poison Tipped ability, it can quickly clear crowds of enemies with ease. 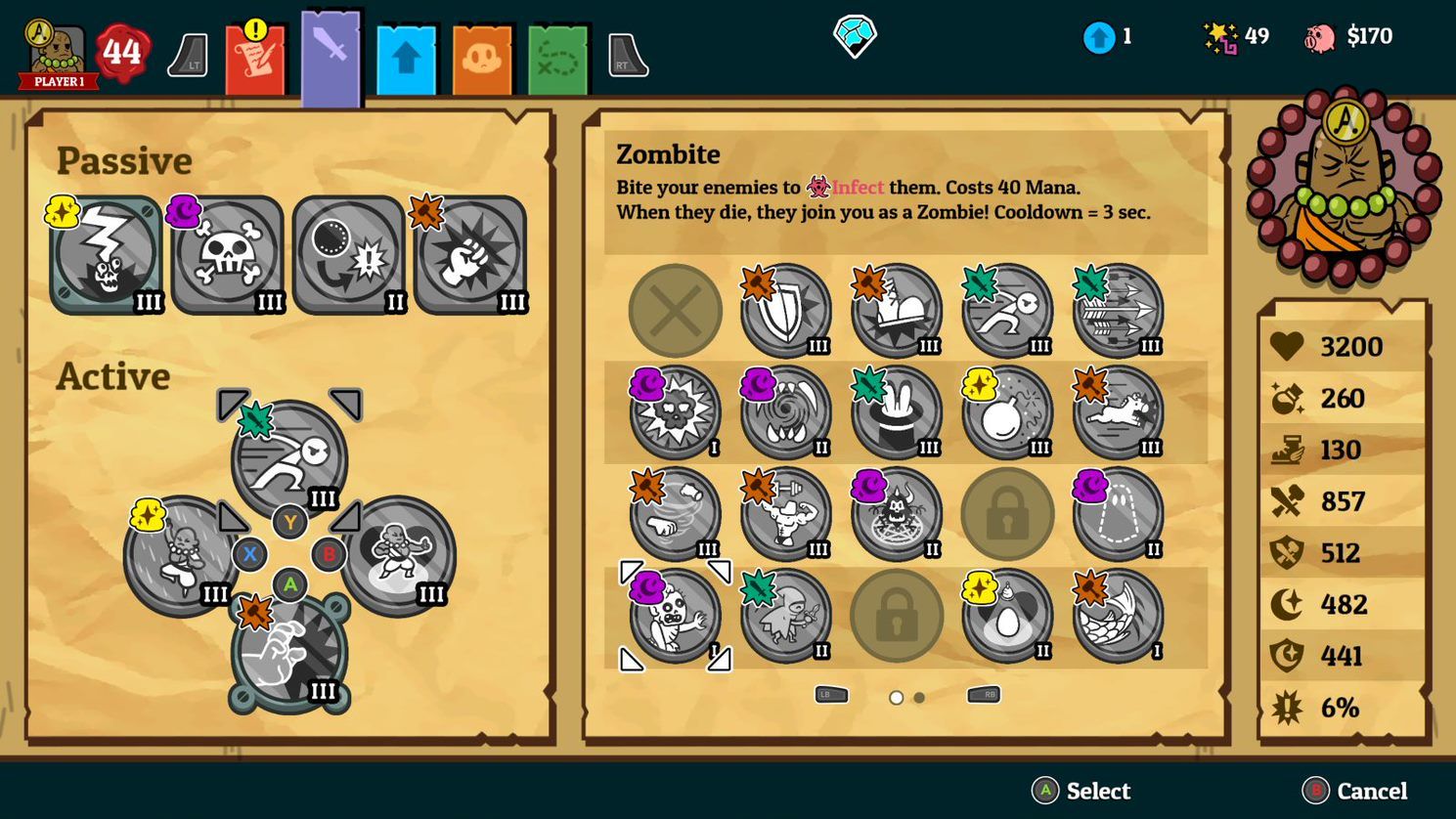 Earlier we mentioned that the Magician has one of the best familiar summoning moves in the game with Hat Trick. That's true, but Zombite is another very helpful one thanks to how much damage it deals.

Not only does Zombite deal massive amounts of dark damage but it will also turn any enemy infected into a zombie upon death. This will then transfer over to any enemies that are hit with the move by your own zombies, meaning that it can carry on massively with big groups of enemies. 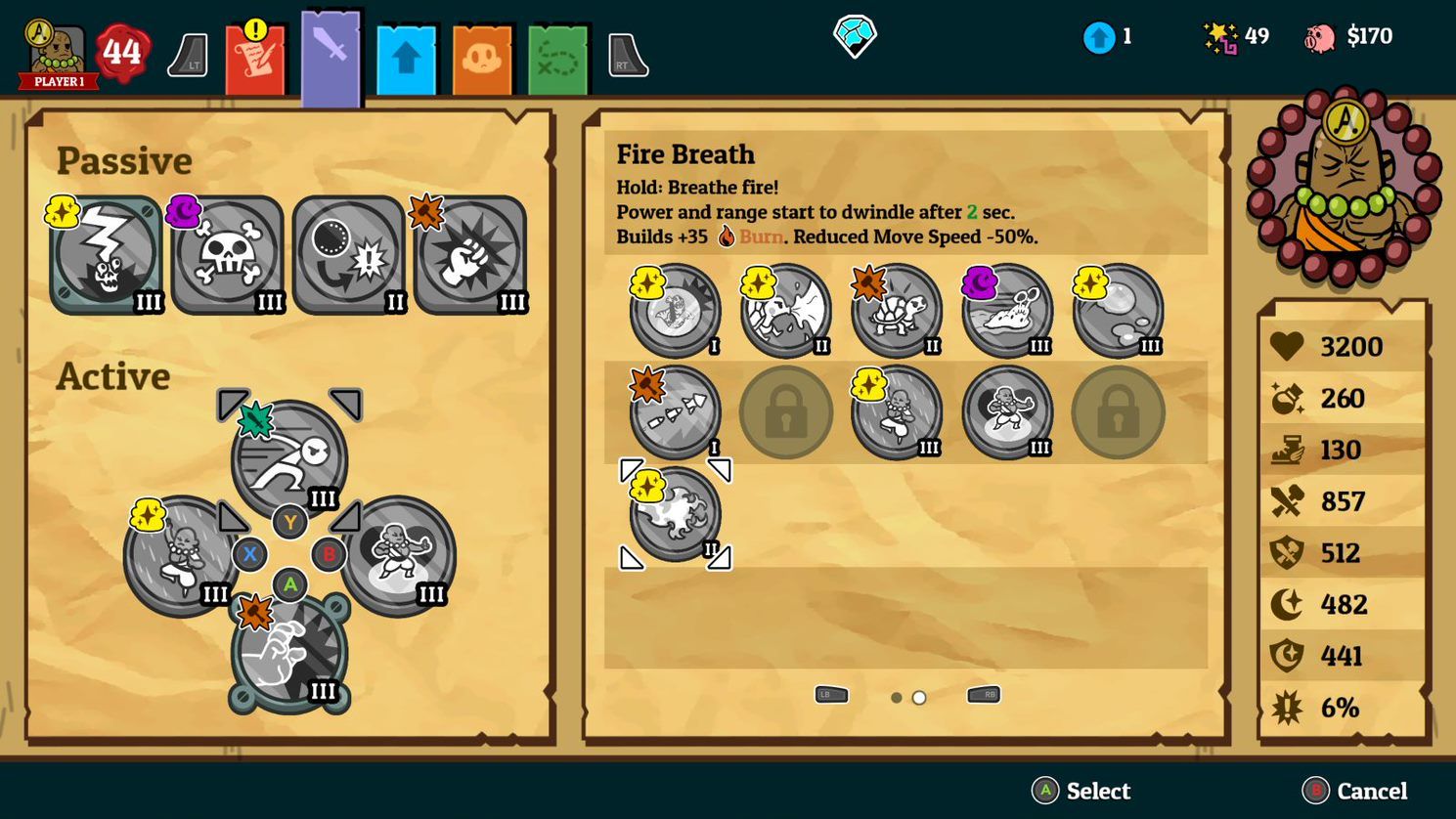 The Dragon might not be as strong as all the effort it takes to get it would imply, but it does come with a pretty sweet active ability.

You can probably guess this, but the Fire Breath ability lets the dragon breathe fire on his enemies, building up fire damage over time. Burn is one of the easiest statuses to inflict because of this move, which makes it work well with passive abilities that let you critically hit enemies with status effects. 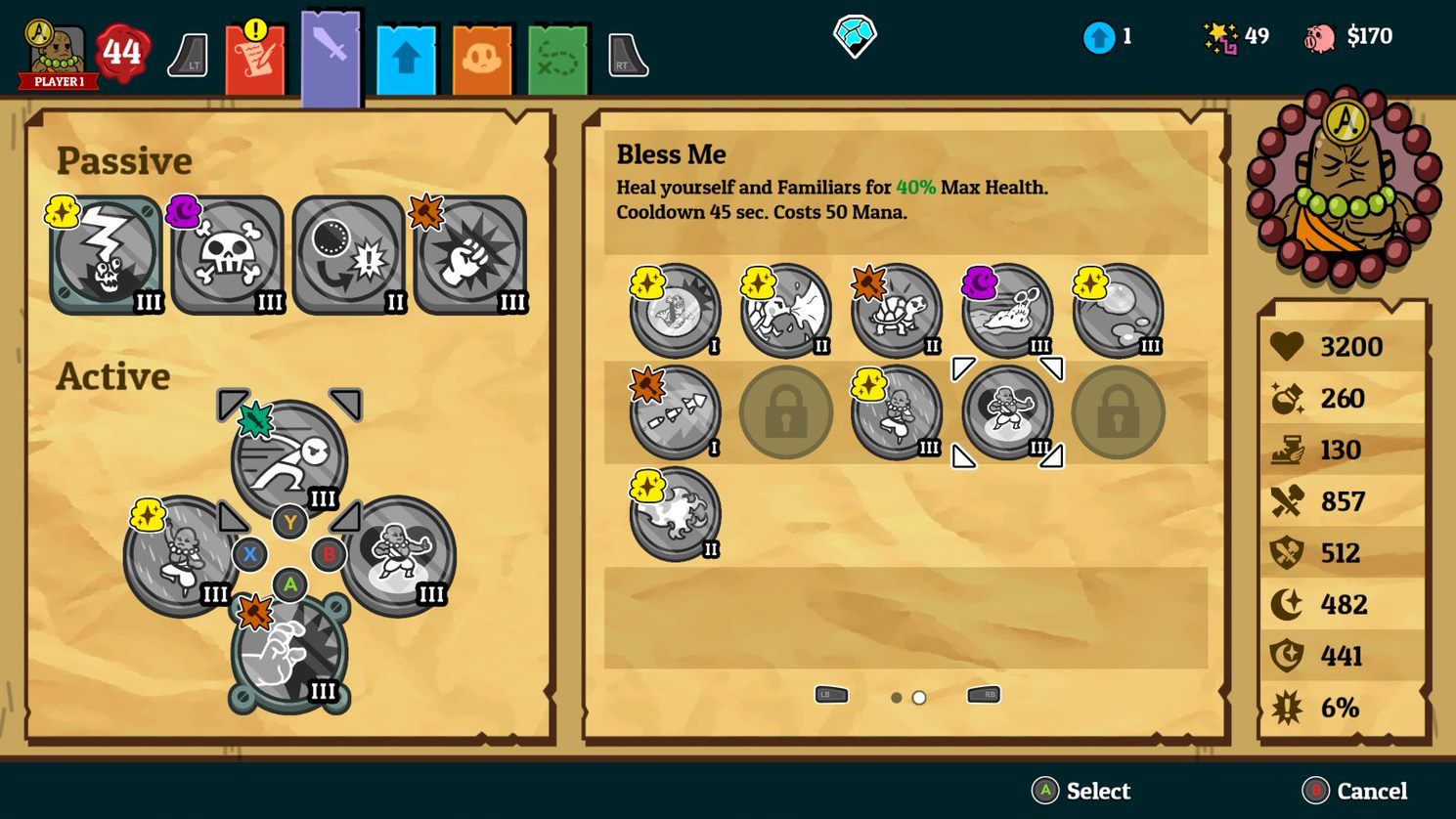 Although there are a few healing moves in Nobody Saves The World, they're mostly pretty unreliable, situational, or simply don't heal that much health. Besides Egg's Incubation, which does barely anything, the Monk's Bless Me is the only healing move that will do what it says on the tin with no fuss.

Not only that, but it heals more than half your health most of the time. It puts every other healing ability in the game to shame, even if it does have one of the longest cooldowns for a move in the game. 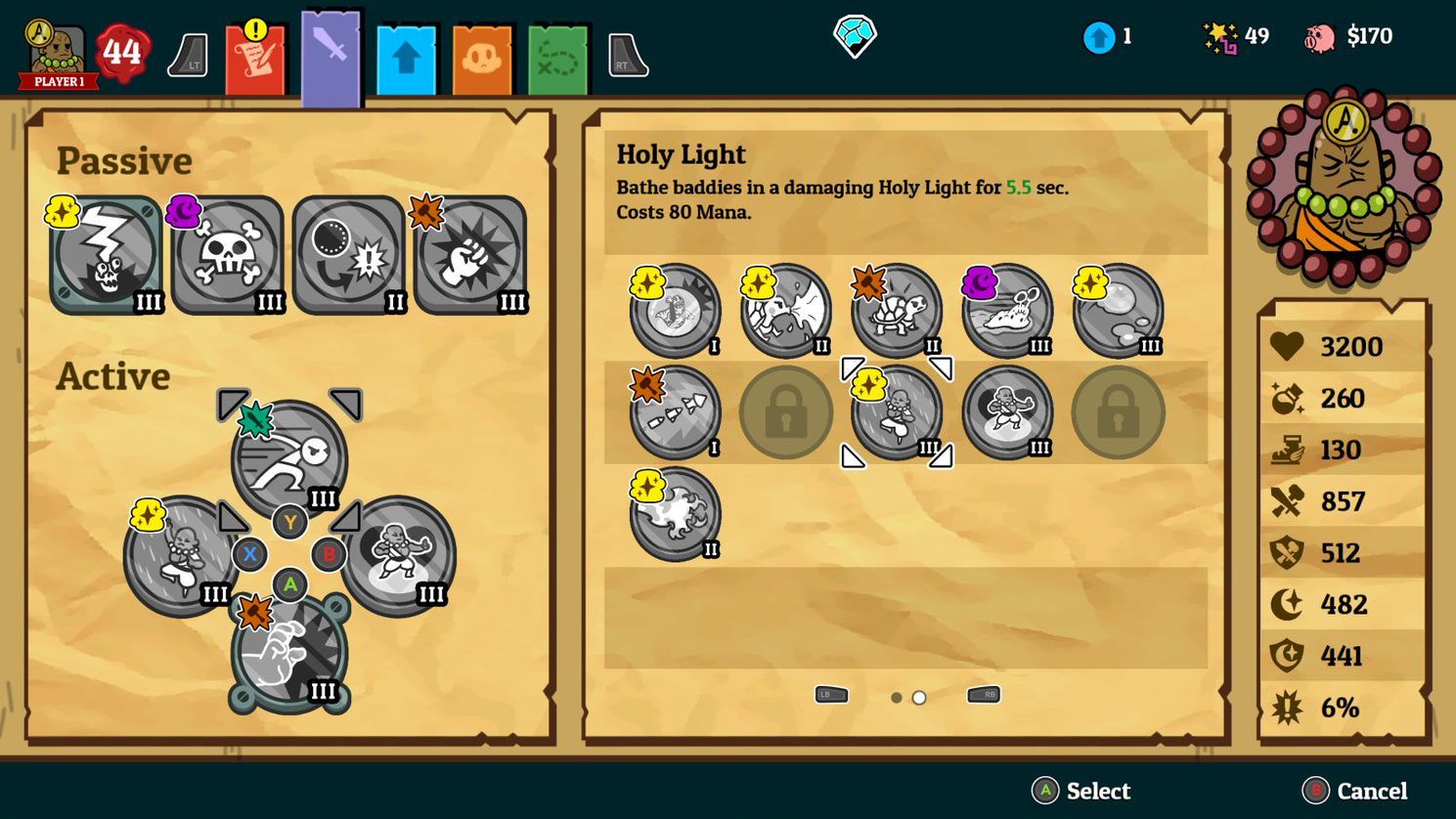 Holy Light lets you call down a room-filling beam of light that will repeatedly hit enemies and deal stun damage. This is powerful enough on its own, but when combined with the Zomnomnom and Poison Tipped passive abilities, it instantly becomes a room clearer and the game's most essential ability.