Tribal nations haven’t had the best access to the internet. But Nokia and NewCore Wireless have partnered to bring 5G wireless networking and 4.9G/LTE service to underserved communities in the U.S.

The network uses the 117MHz part of the Tribal Educational Broadband Service (EBS) radio band, made available last year by the Federal Communications Commission (FCC), to serve tribal lands with a license for broadband and wireless networking buildouts. More than 400 Native American tribes will have access to this spectrum across tens of thousands of square miles, often in remote rural areas, putting broadband within reach of millions more people.

The initial buildouts by Nokia and NewCore Wireless will reach 15,000 tribal members, many living in high-poverty areas. The companies will focus first on North and South Dakota, Oklahoma, and California. The Native American communities involved include the Standing Rock Sioux Tribe and the Cheyenne and Arapaho Tribes. The initiatives will support e-learning, telehealth, and remote work during the pandemic.

This band of spectrum is very valuable and can be used to deploy carrier-grade voice or broadband connectivity. The 400 Native American tribes received this spectrum, and Nokia is using its wireless technologies for rural broadband connectivity, such as 4.9G/LTE and 5G. The company aims to provide rapid and cost-effective wireless connectivity across large areas and the scope for multiple home and business connections from a single base station.

The private wireless network, which is based on 4.9G/LTE technology, opens the door to services such as high-speed internet for the home or business (up to 1Gbps); mobile phone options where cellular coverage is not available; and educational enhancements, such as distance learning.

The 2.5Ghz band of spectrum offered by the Tribal EBS program is mature and can be found in the majority of mobile phones, telephone switching equipment, and add-on devices in the market today. Because current networks are already designed for this spectrum, it allows new carriers to deploy services immediately — using already available hardware. Access to more than 100MHz of that spectrum is good for 4G and offers a viable transition into 5G when communities are ready.

How it came together

“In 2019, the FCC announced a new spectrum opportunity to pull back spectrum that wasn’t being used in the educational band,” NewCore Wireless GM Albert Kangas said in an interview with VentureBeat. “A large part of the country was what we call ‘white space,’ where it was not being leased to either a school or an institution.”

The Native American groups applied to take over that EBS band, which the FCC approved. As the spectrum was capable of supporting both 4G and 5G wireless service, this was like giving 400 small companies the chance to be wireless operators.

Nokia senior VP Ed Cholerton said the tech was really created to serve enterprise markets such as industrial automation. It turns out it was useful in this particular consumer market, where it could provide a combination of fixed wireless and mobile phone service.

“We felt this was the best way to move forward,” Kangas said. “We proposed this to a few of our tribal partners. And we’ve built three different networks so far. We feel that this would be a great opportunity for other tribal nations across this country to use this solution to build out their wireless network.” 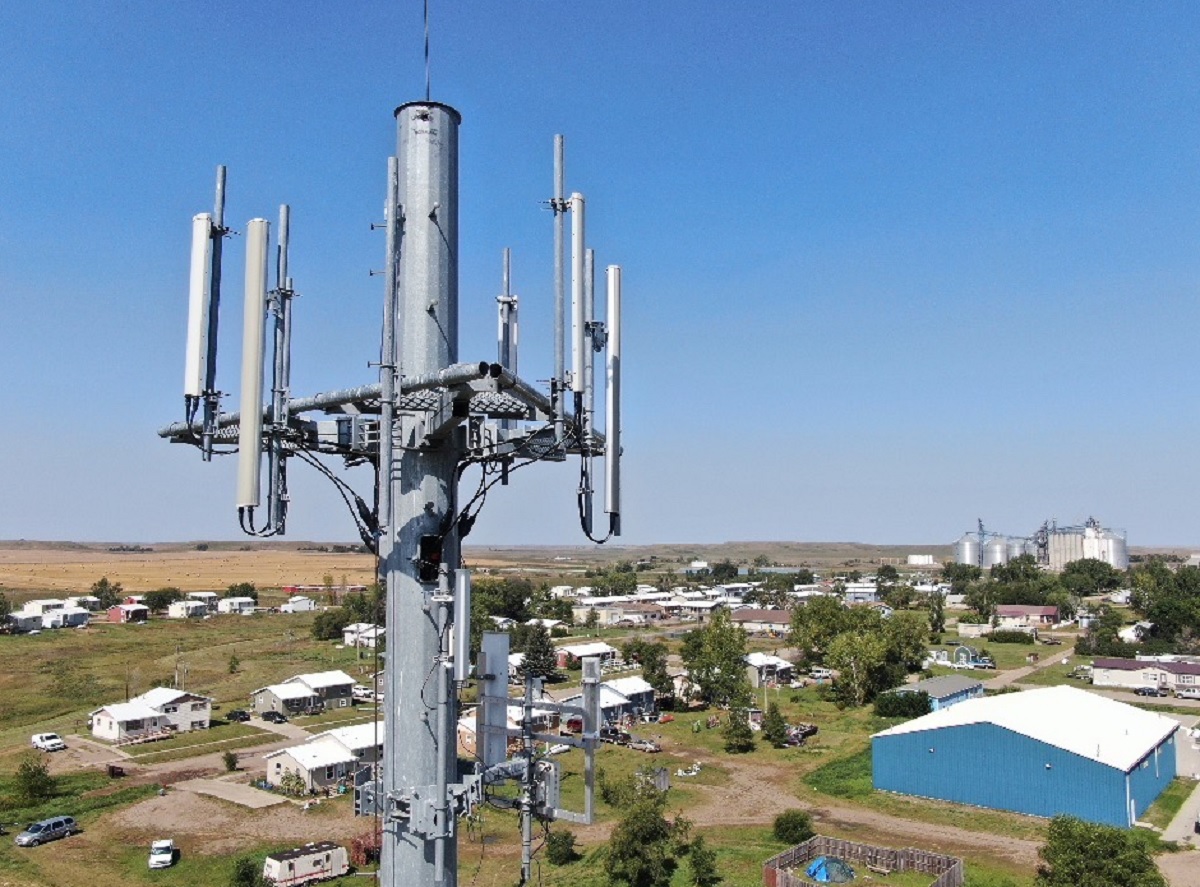 Above: Nokia’s equipment in the Standing Rock tribal reservation.

Many of the areas have standard telecommunications and networks with towers. These were built by the tribes because most commercial companies chose not to develop networks in the sparsely populated areas.

“We were in a fortunate situation, where we could utilize what we’ve already invested into ourselves,” McLaughlin said. “For us, it was plug and play. We just had to purchase equipment [like base stations and antennae], put it up on the existing tower, and then use the frequency.”

McLaughlin said not many tribes have been aggressively setting up such networks but that the project turned out to be very cost-effective. There are as many as 200 to 800 people in towns spread out across a region the size of the state of Connecticut.

“For tribal people in general, you’re starting to see a lot of people kind of come back home,” McLaughlin said. “For at-home education, it gives them an alternative. The schools are using our equipment. There is a fiber alternative, but some people can’t afford it. Some of these people are living — not paycheck to paycheck, but under the poverty level. They are finally getting connected to the internet. That’s who we are providing this service for.”

Institutions such as schools or the police departments can set up a private network and not have their traffic go out on the internet, which would slow down the network.

“Thanks to the CARES Act, there is money available to build out the networks and there is a lot of greenfield opportunity to provide coverage out there, where none existed before,” Cholerton said. “It serves a good social need as well. Tribal members do not have to rely on moving away from their community to have a good-paying job.”

He added, “We started off with this solution for enterprise customers, but it turns out to be really great. And it serves a good social need as well, in this case. Tribal nations are underserved.”

“This is another way to achieve coverage in an underserved community,” Kangas said. “We hope to be doing a lot more of this.”

MLB The Show 21 Review – A Familiar Crack Of The Bat