Recently, PUBG has had several new features added to spice up the game and entice new players, such as new weapons, maps, and even making the transition to free-to-play. One of the biggest changes is the introduction of tactical gear.

These items spawn on every map in normal matches, custom games, training mode, and sandbox mode; offering huge benefits to your scouting, healing, or carrying capacity, at the cost of a primary weapon slot. There's a lot to learn with these game-changing toys. So we’re going to cover what each piece of tactical gear does to help you enjoy a tasty chicken dinner of your own. 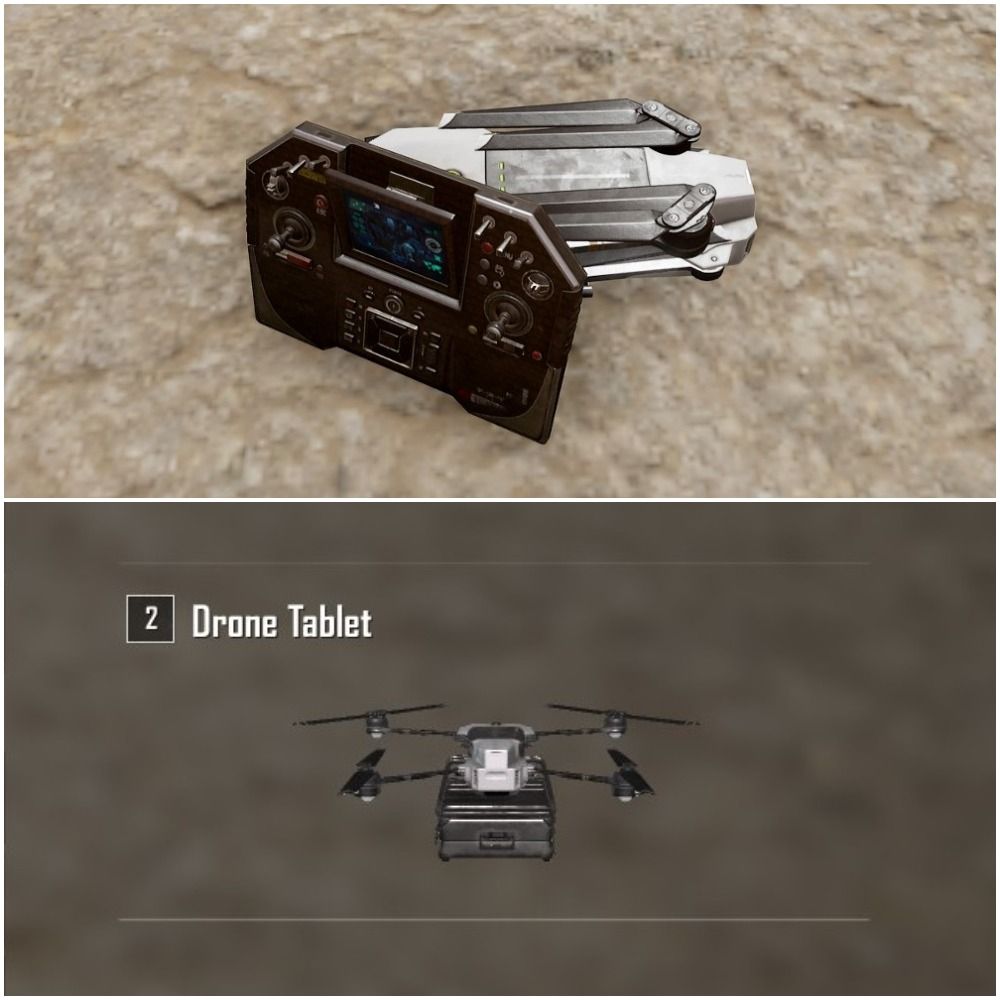 The Drone Tablet gives you the ability to gain information and grab loot from a distance, without risking a firefight.

Equip the Drone Tablet and press LMB, R2, or Right Trigger to deploy the drone. Press this button again to access the drone view.

You can leave the drone view at any time by pressing LMB, Circle, or B and the drone will hover in its current position. If you take damage, you’ll also be put back into the regular play view too.

Whilst in drone view, you cannot move your character. Instead, your inputs control the drone as follows:

It’s possible to recall the drone on the normal screen. When initiated, the drone will fly in a straight line to the point it was recalled, but it can’t avoid obstacles or go through solid objects, so keep checking its progress in case it's stuck.

You can pick up a single inventory item with the drone, such as a gun, or a pack of five bandages. But you can’t loot from care packages, death boxes, or trunks.

You can also ping with your drone as you would on the normal screen.

The drone has a maximum HP of 35 and a maximum range of 300m. It’ll alert you within 90m of its maximum range by showing signs of static, displaying a warning message, and audibly beeping.

If you go outside this range, or the drone loses all its HP, it’ll be destroyed and fall to the ground.

The drone can be damaged by:

Not to worry, you can repair the drone by retrieving it and pressing either LMB, R2, or Right Trigger (RT) with the Drone Tablet equipped.

Keep your drone moving and far from enemies to make it harder to hit, plus, make sure to tab out of the drone once in a while to check your immediate surroundings. You don't want to be caught unaware.

Keep it safe and it'll serve you well. In the late game, a small circle with an unseen drone is a huge advantage. 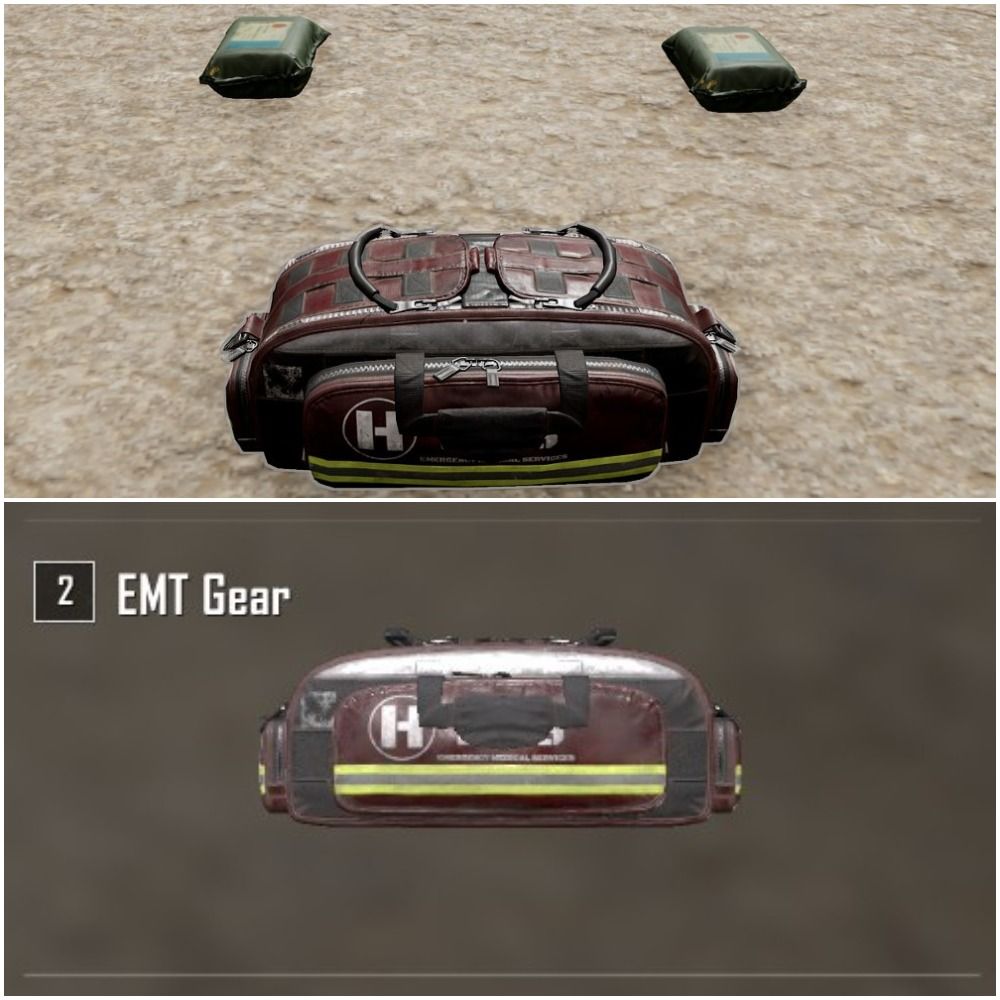 The EMT Gear increases your healing ability so you can quickly patch up yourself and your squad.

The EMT Gear will always spawn alongside ten bandages. Having the gear in your inventory, even if it’s not equipped, grants several passive boons. Such as:

However, if you find yourself in the blue zone, the healing improvements and shorter revival time will no longer apply. You can still heal other team members.

You can still heal yourself and revive downed teammates as you would without the gear, but you’ll also be able to heal damaged teammates with the EMT Gear equipped too. Spending your healing items to fix them up. The controls are:

Whilst not amazing in solos or duos, the EMT Gear excels in squads. Your fast healing skills will give your team the edge in long, drawn-out battles especially.

Make sure to have a healthy supply of smoke grenades to cover any downed squad members, or better yet, carry them to cover and then revive them.

This tactical gear is great for the early and mid-game, but just be mindful of the blue zone stripping those bonuses away. 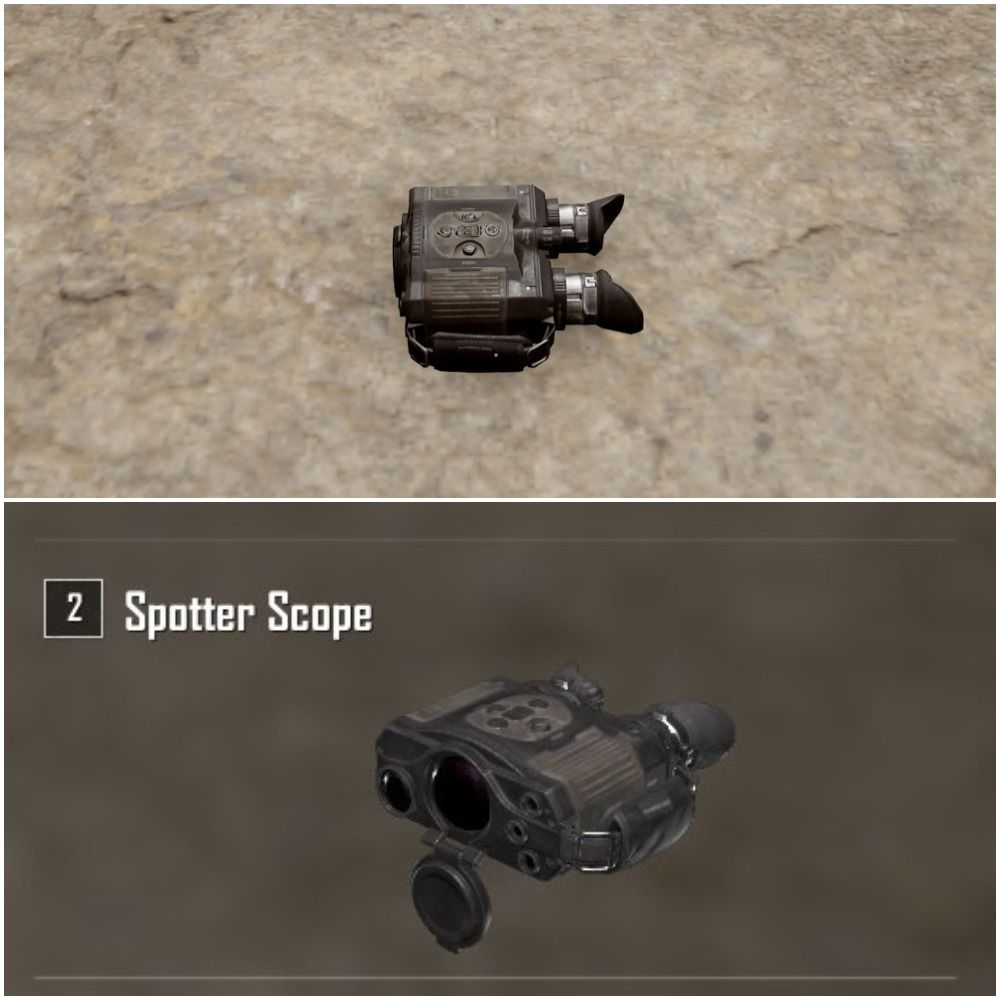 The Spotter Scope is a pair of 4x zoom binoculars with a twist, allowing you to mark enemies and find their range.

Aiming the centre cross of the scope at any solid object, including players, will give the real-time distance up to 600m (anything beyond this is shown as “??M”). You can also place pings as you would on the normal screen too.

To scan for enemies, hold LMB until the meter in the top left of the scope is full. Leaving ADS mode whilst scanning will cancel the process, meaning you’ll have to start the scan again.

You can scan as many times as you’d like, but you can’t start a new scan whilst one is in progress.

When the meter is full, any enemies in the Spotter Scope’s FoV will be marked with a white ‘passive’ marker visible only to you. This includes enemies hiding in smoke, but not enemies hidden behind solid cover.

Anyone who enters the FoV after a scan is complete won’t be marked, and any new scan will overwrite any previous passive markers.

These passive markers have no time limit, but they will vanish if the marked target goes behind solid cover — like a wall or a tree — or if you stop using the Spotter Scope.

If you tap LMB when passive marked enemies are in the centre rectangle of the Spotter Scope, you’ll change the white passive marker into a red ‘active’ marker.

Anyone with an active marker on themselves (including you) will receive a warning message on their screen. But like their passive cousins, active markers will disappear if the line of sight is broken.

The Spotter Scope is a dream pick for any duos and squad games. Find some snipers, get to the high ground, and scan like a cashier at checkout on Christmas Eve ten minutes before closing.

When you do spot enemies, find their range and let your gunners know so they can zero in their scopes for precision shooting. 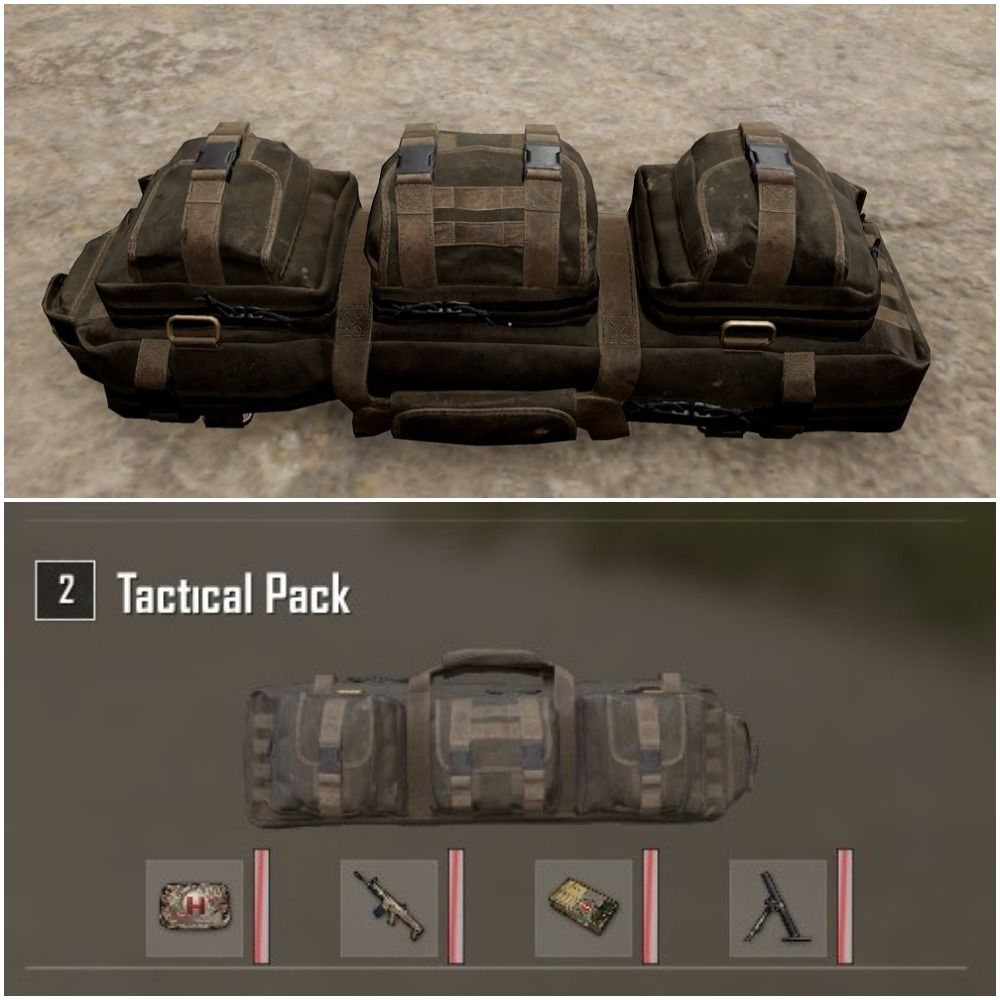 The Tactical Pack lets you carry any item in the game apart from other tactical gear. That means guns with attachments, mountain bikes, and armour are all free game.

It comes with four slots and takes both single items of any weight and stacks of an item — such as ammo — up to a weight limit of 60 per slot.

Weapons can also be stored with attachments equipped to them too. However, guns placed in the Tactical Pack are automatically emptied of their ammo.

If you have the Tactical Pack equipped whilst looting, you’ll place the item straight into there instead of your inventory.

Items in the pack are only available to the carrier, these must be removed from the pack to use them, and the Porter vehicles found on Taego cannot store a tactical pack in their trunk.

A fun all-rounder, but particularly well suited to solos. Want a gun for every engagement, extra grenades, more meds? But please remember to reload your gun after you've taken it from the bag.

Quake Finally Gets a Horde Mode