Companies use around 88 applications on average in 2020, according to recent data from Okta, representing a 6% year-on-year (YoY) increase. This figure jumps to more than 200 apps for some of the bigger enterprises out there, which can lead to a lot of “chaos, wasted time, and frustration” — something that the rapid shift to remote working only serves to magnify.

That, at least, is according to Qatalog, a London-based startup that is emerging from stealth today with a fresh $15 million series A round of funding led by Atomico to unify enterprise tools and projects, making it easier for workers to find the people and data that they need from across the myriad SaaS applications they use each day. The company had also raised a $3.5 million seed round led by Mosaic Ventures last October, which it announced for the first time today.

Founded in 2019 by Tariq Rauf, a former global product lead at Amazon, Qatalog is setting out to build what it calls the “infrastructure for modern work,” joining the dots between company directories, documents, communications, workflows, and more. At launch, Qatalog integrates with Slack, Google Workspace, Salesforce, Zoom, GitHub, Trello, Asana, Dropbox, Jira, Confluence, Microsoft Teams, Microsoft OneDrive, and Box, though it’s adding more integrations by the week, according to Rauf.

The Directory facet of the Qatalog platform enables users to easily find every person, team, and live project in the company, while displaying the connections between them all including projects that they’re working on and who they report to. 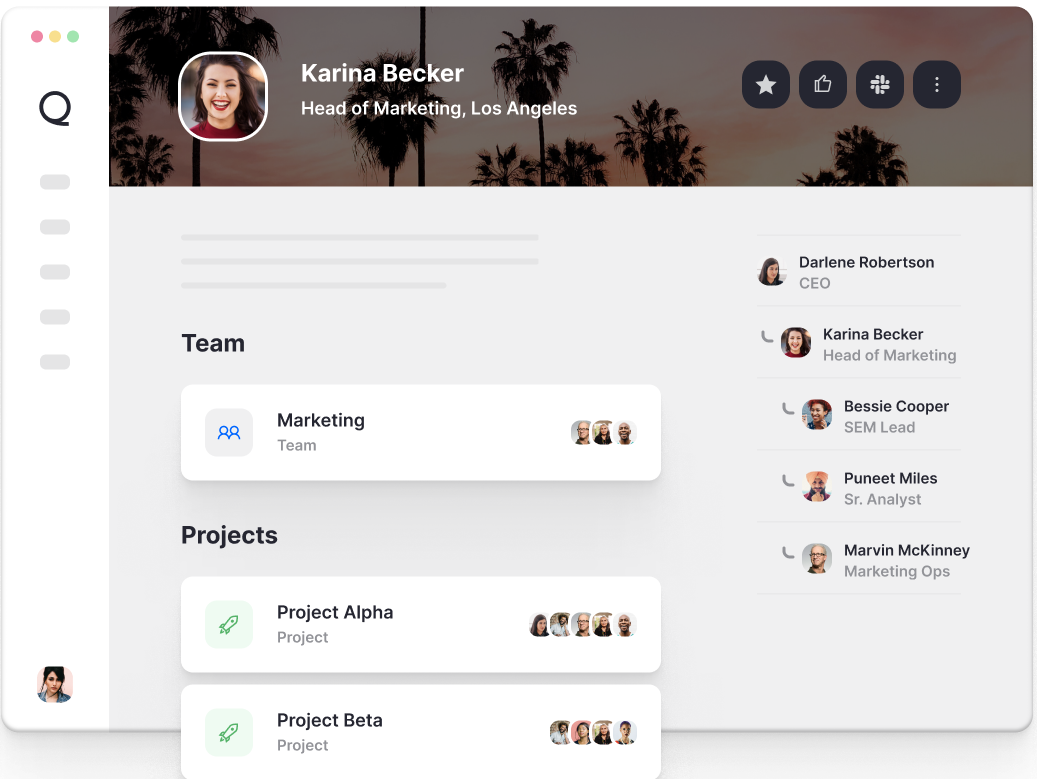 A unified search function also allows people to search for information and files by keyword from across all the tools that they’ve connected to Qatalog. 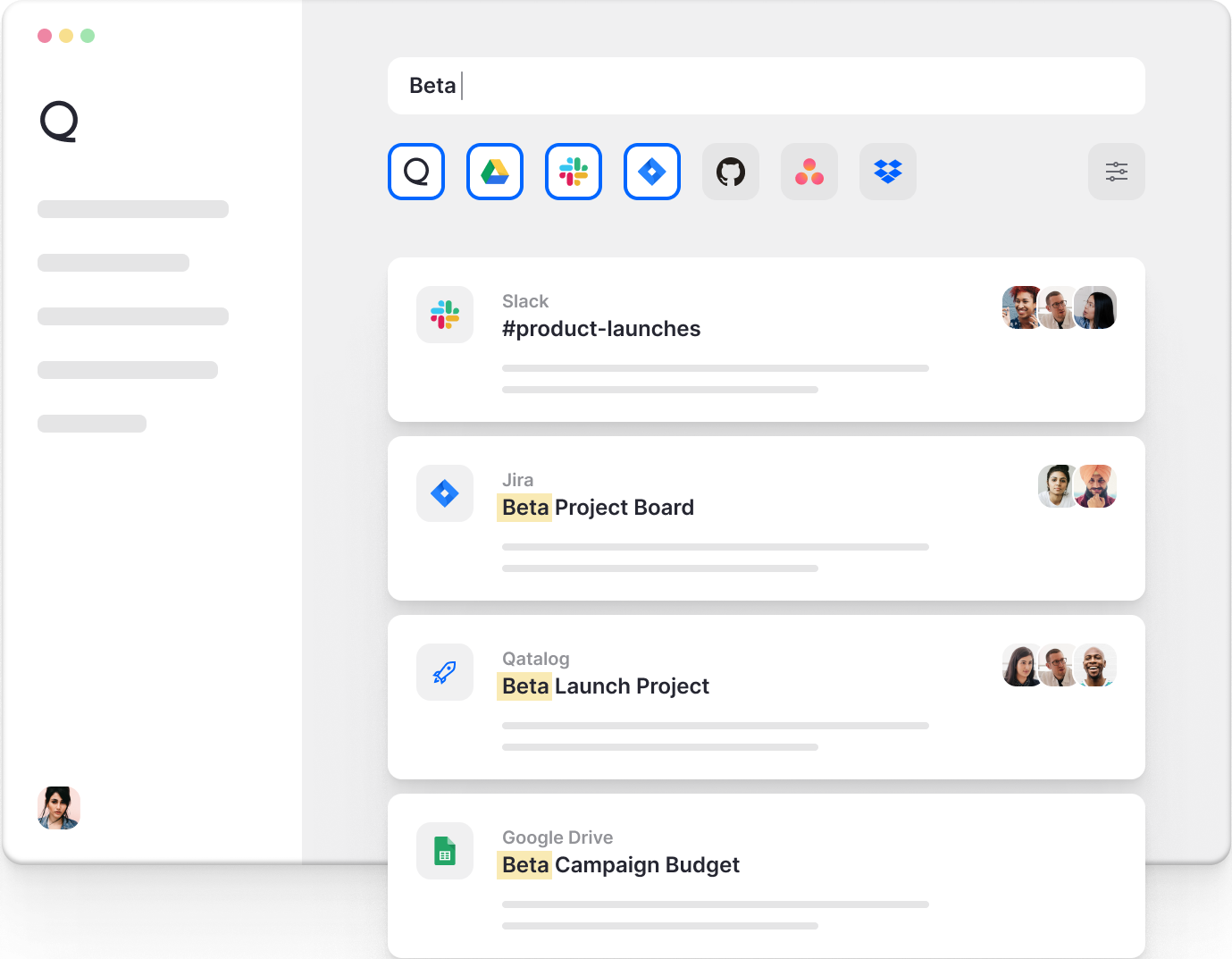 Qatalog is also designed to reduce the constant barrage of emails, messages, and thread-scrolling by allowing users to automatically share updates to specific channels or with specific people across channels.

Above: Qatalog: Asynchronous and automated updates

A core component of Qatalog lies in its ability to “automate routine work,” making it easier to document, assign, and track internal processes such as managing vacation requests or onboarding new hires. Companies can leverage templates, for example, which will automatically email a new recruit and send them a DM on Slack, serving access to all the correct documents, instructions, and paperwork needed to get the ball rolling on their first day.

“This allows you to systematise standard operating procedures in the company,” Rauf told VentureBeat. “Things that would previously require manual emails, messages, and using documentation from multiple sources can now just be assigned to a user, tracked, and all the necessary documentation and actions across services be performed in one place.” 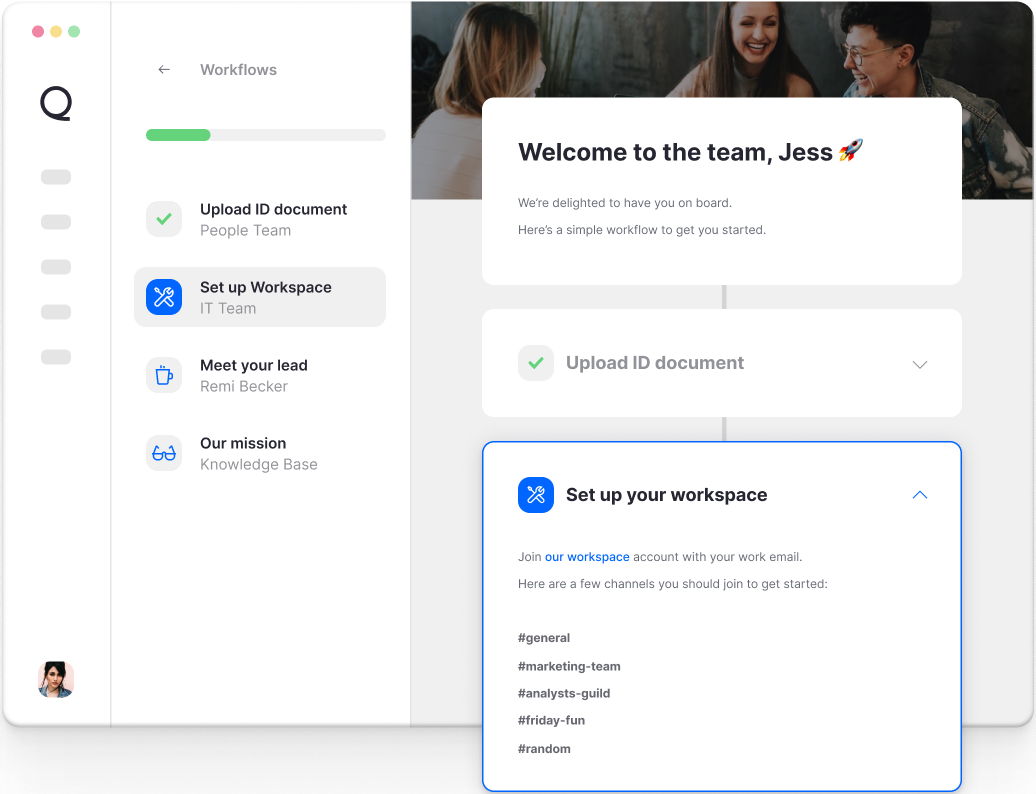 Ultimately, Qatalog is all about removing the number of steps required to glean information and organize things, built specifically with team collaboration in mind. It acknowledges that all the top enterprise tools of today, from Slack and Salesforce through to Zoom and Box, are great for their intended purposes — Qatalog just wants to be the virtual workspace where everything comes together.

For example, you could start a Zoom call with a single click on someone’s Qatalog profile page, which dials yourself in to the call and invites the person to join you via a message sent to them on Slack. Or you can schedule a team meeting while viewing each member’s available time slots, with calendar invites sent to each participant that includes a Zoom or Teams meeting link.

A little more than a year after departing Amazon to found Qatalog, Rauf has managed to secure the backing of some notable investors, including Salesforce Ventures which joined Atomico in its series A round of funding, in addition to an array of angels including iZettle CEO and cofounder Jacob de Geer.

The company said that it will use its series A proceeds to grow its product and engineering teams and double down on the Qatalog platform development.