Everybody stop what you're doing right now and go watch RRR on Netflix. 'B-b-b-but mommy it's th-thr-three hours long, and it's in a foreign language!' Boo hoo. Budget your time better. Learn to read. Evolve as a human being. Improvise. Adapt. Overcome. I will admit I only got around to watching RRR recently, mostly because of the two reasons outlined above. But now I see it as my mission to convince others to rectify their mistakes in the same way I did, because RRR is not only a great movie, it is an antidote for an increasingly stale blockbuster scene that has long been devoid of any real spectacle.

We still love spectacle in Western cinema, we just have no real ideas on how to deliver it. All of our biggest movies are just a dredge of IP soup, where the excitement comes not from what is on the screen, but who. It's why we stay for post-credit sequences, why Marvel sets up movies years in advance by dropping stray cameos here and there, knowing we will salivate over the presence of Harry Styles as Captain Boomboomshaketheroom despite no setup for who he is, what his story entails, and why we should care. We are fooled into being excited by American cinema, the mere presence of a character we recognise being enough to push beyond our limits. Tobey Maguire back as Spider-Man? Willem Defoe saying the meme line? Here's a billion dollars! Jurassic World brings all its characters back for a fond farewell, but doesn’t bother giving them a movie.

RRR does not fool us. RRR has two men tie themselves together, jump off equal sides of a bridge to save a child from a burning train, have one man grab the child, another grab a flag and soak it in the river while swinging, have them toss the child and flag across in mid-air, each catching what the other throws, before one carries the child to safety and the other wraps himself in the wet flag to protect himself from the smoke and flames. That's just one action set-piece in RRR, and not even one of the more exciting ones. There's no C-tier comic book henchmen there to set up a sequel though, so perhaps modern audiences just don't need RRR in their lives. 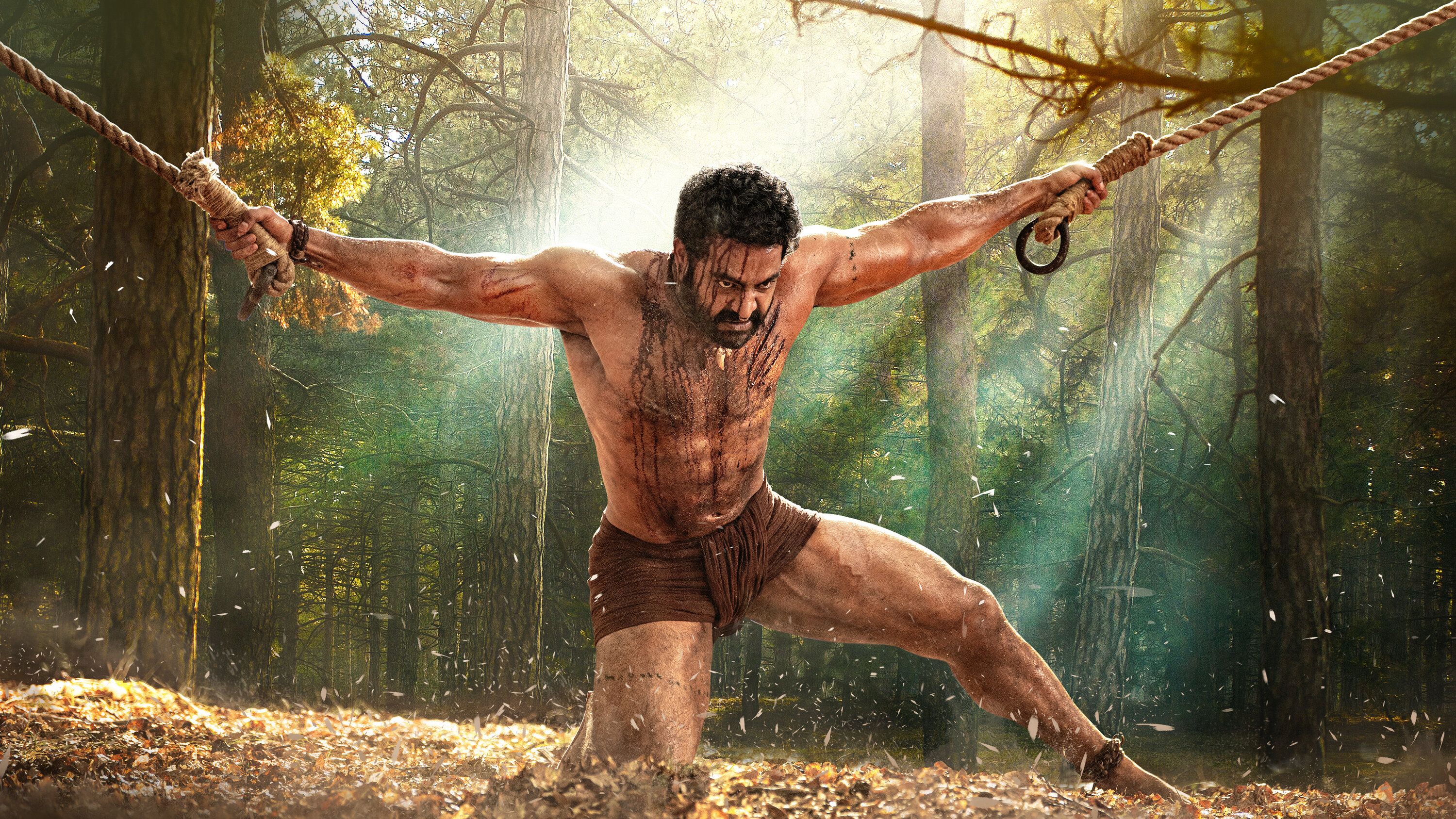 The slight irony is you could point to Top Gun: Maverick as the West's own antidote to the West's own problems. Top Gun had real stunts, with the actors in real planes, really up in the air. The scene where Rooster bangs his head off the cockpit was unscripted – Miles Teller momentarily passed out from the G-force. I appreciate what Maverick did, and with this being the first Top Gun movie since 1986, I'll also give it a pass on being IP-driven the way the other movies I have criticised are. But I'm in the minority in that I found Maverick to be shallow far too often. The plot (mildest spoilers here) sees the recruits train for a mission four times, be told it’s impossible, watch Tom Cruise do it with ease, and then go off and do it with ease themselves. It's centred around taking down a uranium plant but is aggressively apolitical, and fakes out various character deaths no less than seven times. Maverick gives us the stunts and excitement that blockbusters need, but it's afraid to say anything with them. That's not an issue RRR has.

If Maverick is aggressively apolitical, then RRR is violently anti-imperial. I'm aware of the gauche, white guilt context of being a white British person cheering on the British Empire being portrayed as villainous, but the British Empire were villains. That's just kinda that. RRR describes itself as a 'fictional story of two real-life revolutionaries', and it heavily leans into the fictional part at times – one guy catches a motorbike, spins it around his head, then tosses it away with perfect aim. It's prepared to be silly while it makes its point, but goddamn does it make it. There's a heart flowing through RRR that Western cinema feels devoid of. In interconnected universes of ever-changing stories with non-existent stakes, the point it makes so often is that it wants you to see the movie. Please. The movie. RRR does not beg for your seat in the theatre, it demands you listen to the plight of its people. It is a film made to keep us glued to the screens not in case there is a cameo that pays off in RRR 4, but because it is simply too good to turn away from. 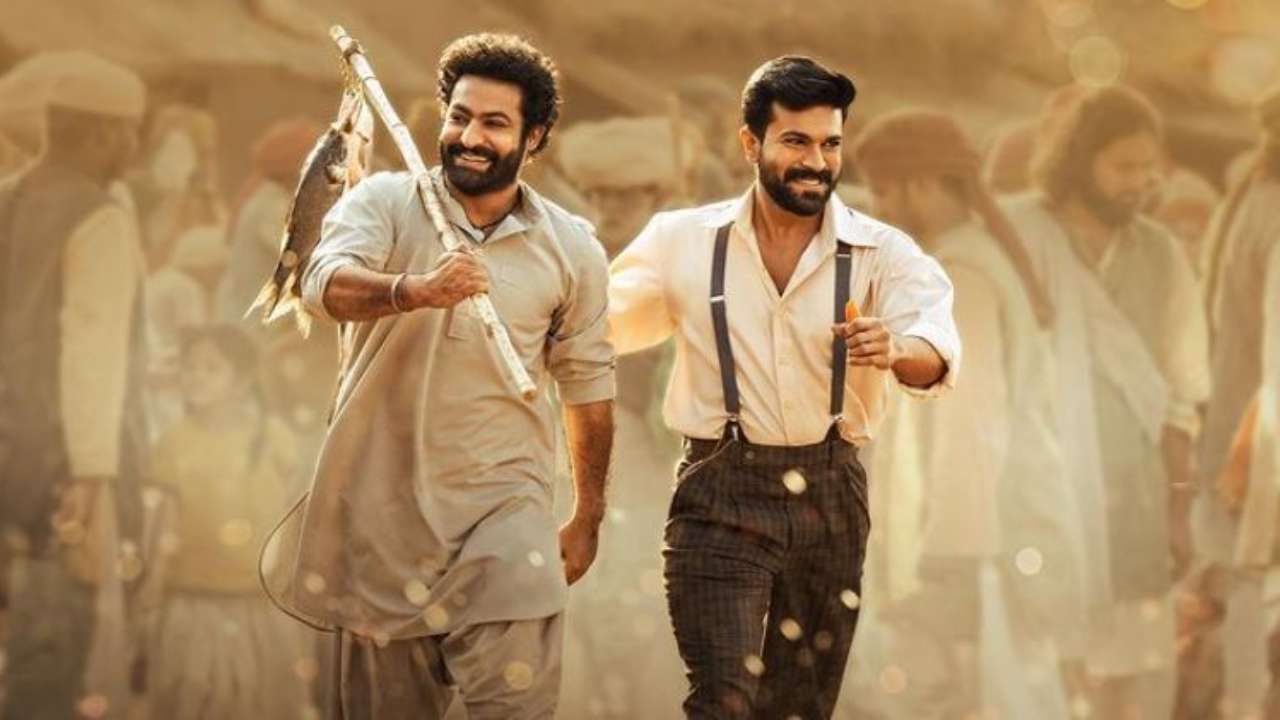 This is not to say every blockbuster from now on needs to be like RRR. That would eventually get boring too. The IP soup is highly profitable, and in my own way I enjoyed both The Batman and Doctor Strange in the Multiverse of Madness. I don't want to get rid of them completely. Plus, Indian cinema and American cinema have differing aesthetics. Indian cinema puts entertainment at the forefront, prepared at times to sacrifice believability, which is why you have a guy twirling a motorcycle around his head and several long dance sequences which are both separate from and integral to the plot. American cinema always wants you to buy into what you are seeing, which is why we see the aerial stunt work in Top Gun: Maverick. Neither of these approaches is inherently better, but with American blockbusters, especially MCU flicks, increasingly reliant on greenscreen work, it's a shame it all often looks so stale when the possibilities are endless.

RRR is a refreshing movie that adds an interesting texture to 2022's offerings. It's definitely a major contender for my picks of the year, and completely different to anything else I've seen. Its addition to Netflix, alongside its high quality set pieces, performances, and costuming, have seen it gain more mainstream attention than you might expect from a three-hour long Indian movie. Hopefully that encourages more people to check it out.

Data mesh vs. data fabric: Eliminate humans or use them more intelligently