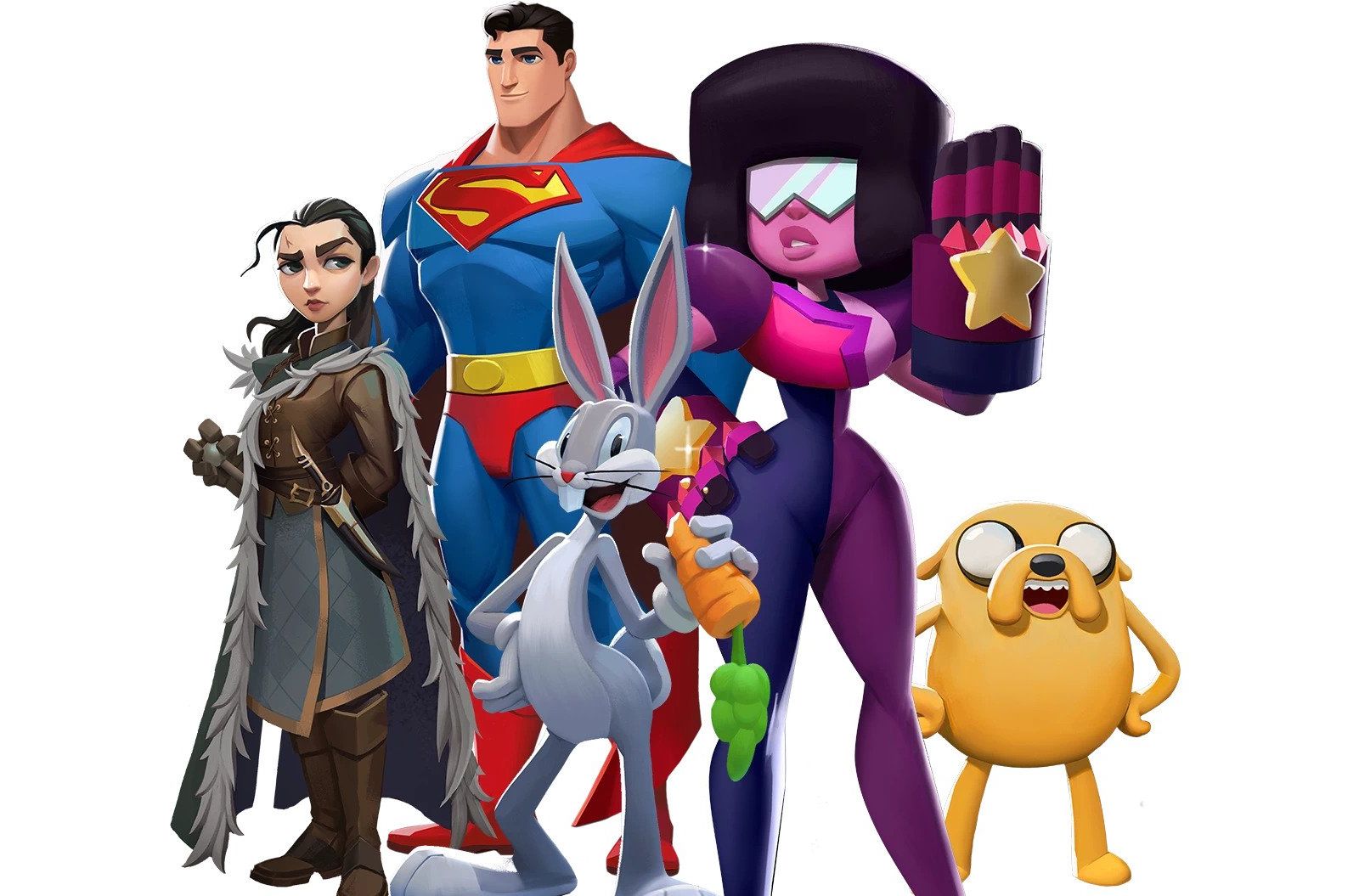 Warner’s answer to Super Smash Bros. has finally been revealed and includes Matthew Lillard as Shaggy, plus Harley Quinn and Tom & Jerry.

It’s been an open secret for a while now, but Warner Bros. has officially announced free-to-play Smash Bros. clone Multiversus, although it won’t be released until 2022.

The game will launch for Xbox One, PlayStation 4, Xbox Series X/S, PlayStation 5, and PC but apparently not Nintendo Switch, which seems surprising given the rather low-tech visuals. Although maybe they don’t want it being compared too directly to the actual Smash Bros.

The characters included are Batman (voiced by the legendary Kevin Conroy), Matthew Lillard as Shaggy, Maisie Williams as Arya from Game of Thrones, and all the regular voice actors as Superman, Bugs Bunny, Harley Quinn, Tom & Jerry, Wonder Woman, Finn and Jake from Adventure Time, and Steven and Garnet from Steven Universe.

Other characters and skins will be added over time, including original characters such as Reindog who is a cross between… well, you can probably guess.

It’s an impressive cross-media line-up but there have been Smash Bros. clones before and none of them have ever been hits, simply because they didn’t play anywhere near as well as the real thing.

You might be able to judge for yourself how well Multiversus holds up as while it’s not out this year you can register here for playtests that are starting much sooner.

We’ve never heard of developer Player First Games before, and our anti-virus software threw a fit trying to visit their website, but they’re promising that the game will offer best-in-class netcode and dedicated servers, which is an obvious dig at the notoriously unreliable online experience for Smash Bros.

Throwing shade at a game as celebrated as Smash Bros. seems unwise at this stage but if it means they’re confident in Multiversus being more than just a branding exercise then that’s actually quite encouraging.

Resident Evil 3: How To Complete The Hospital As Carlos