After you've completed The Common Thread, you're going to be given two ways to complete The Forgotten City. One of them involves "confronting the God head-on" and will task you with finding four plaques. 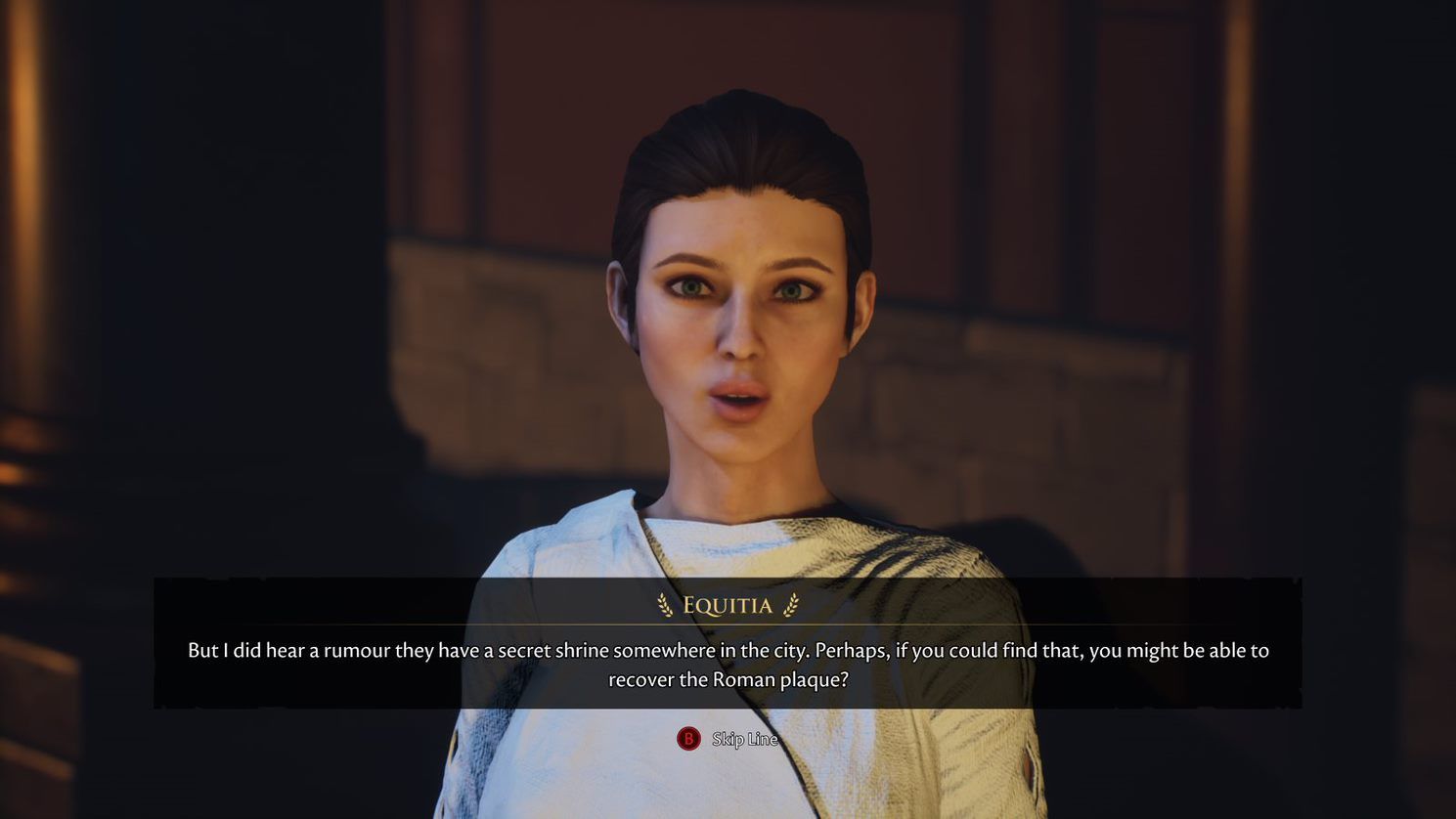 The first of these you're going to want to get out of the way is the Roman plaque. Out of the four, it's by far the easiest one to get and something you might even be able to access straight away after completing the Common Thread if you've completed one of the major side quests in the game.

Talk to Equitia about the Roman plaque and she'll tell you to talk to Rufiius about where you might find it. She'll also mention that she's heard a rumour about a secret shrine in the city, which turns out to be true.

How To Find The Roman Plaque In The Forgotten City

Let's cut to the chase of the quest right away – there is a secret shrine hidden within the city where you can find the Roman plaque. Equitia is well informed. However, to gain access to it, you're either going to need to complete the "A Thorn In The Paw" quest and cure Rufius' rheumatism, or you're going to need to get the Golden Bow from "The Gilding" quest.

If you've been keeping up with these quests so far, you'll know that they're actually from the same questline. You'll be able to get the cure for Rufius and the Golden Bow by completing "The Gilding". We've got a guide for that quest, and alternative ways to get the cure, here. 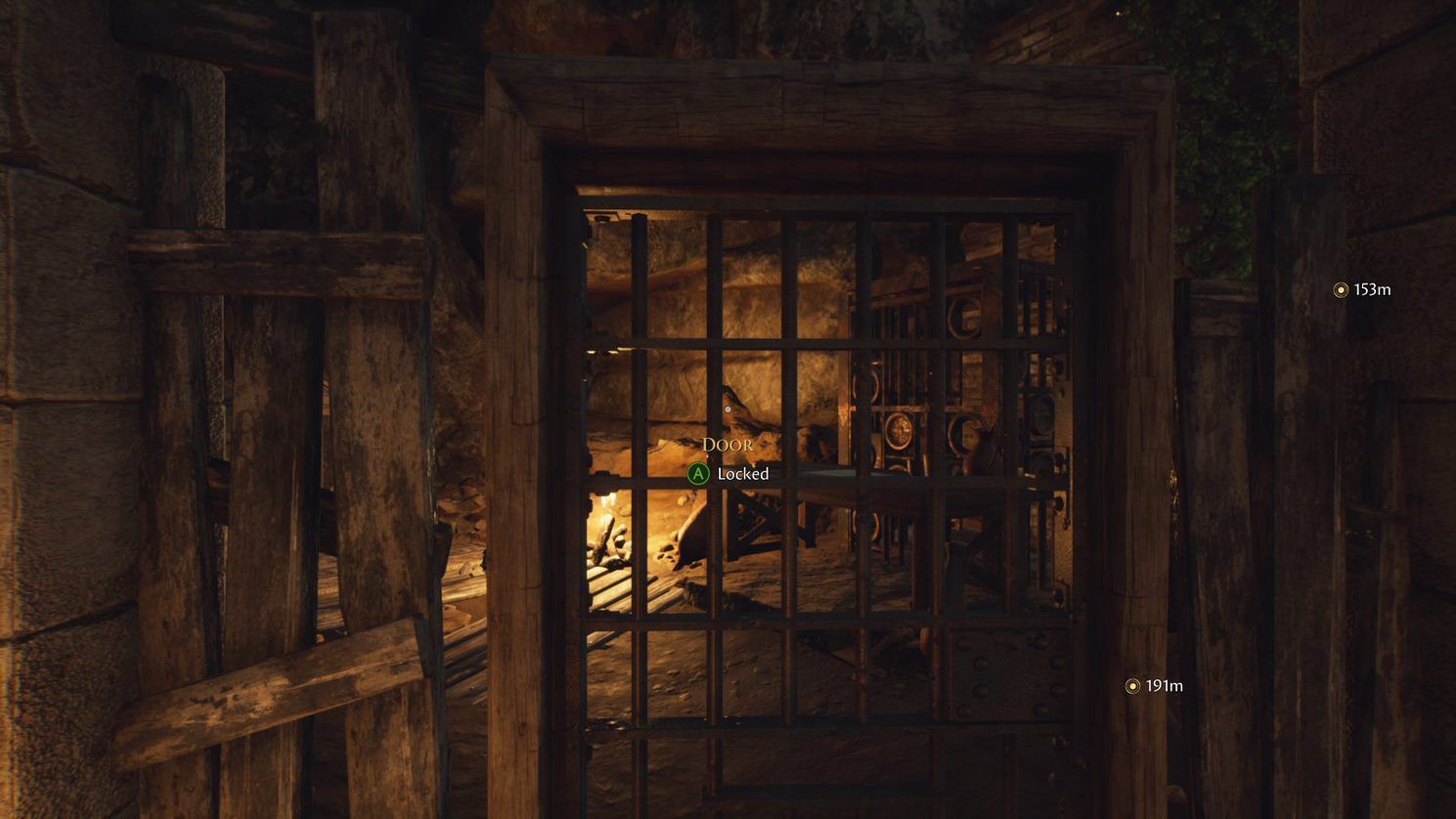 If you've got the Golden Bow, you can simply go to the secret shrine and shoot some vines to jump in and grab the plaque. To find the shrine, head past where Duli is locked up, to the left at the end of the marketplace. Keep walking to go past a theatre and go down several flights of stairs. You'll eventually reach a locked door, which is where you want to be. 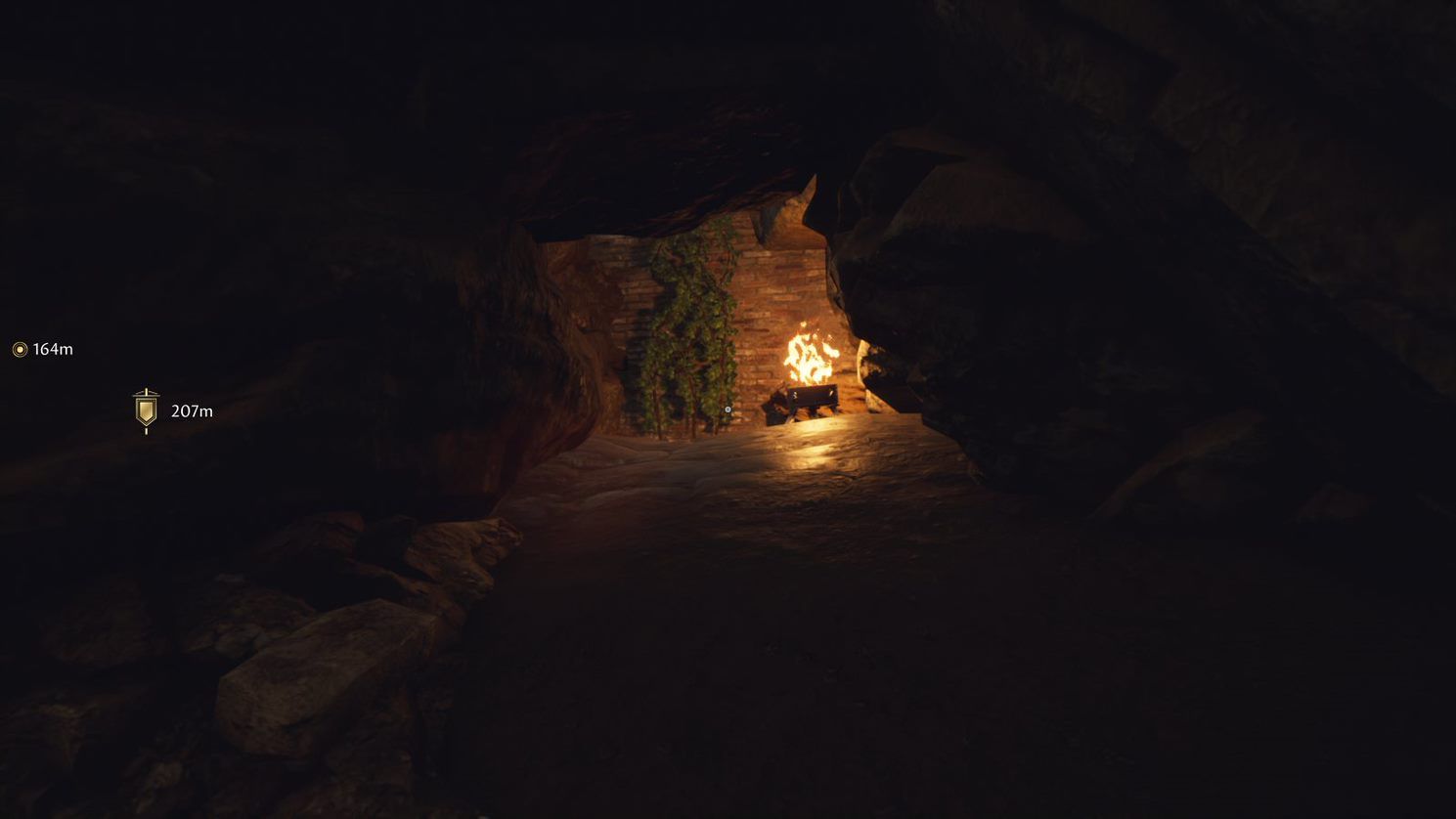 From here, turn around and then go down the stairs on your right. Keep following them down and you'll reach a cave area. Follow that cave all the way to the back and go right to go up a hill and towards a secret hole in the wall. Behind that wall is a vine that you can shoot with the bow and turn gold, allowing you to climb up it. You can then jump into the shrine and take the plaque. 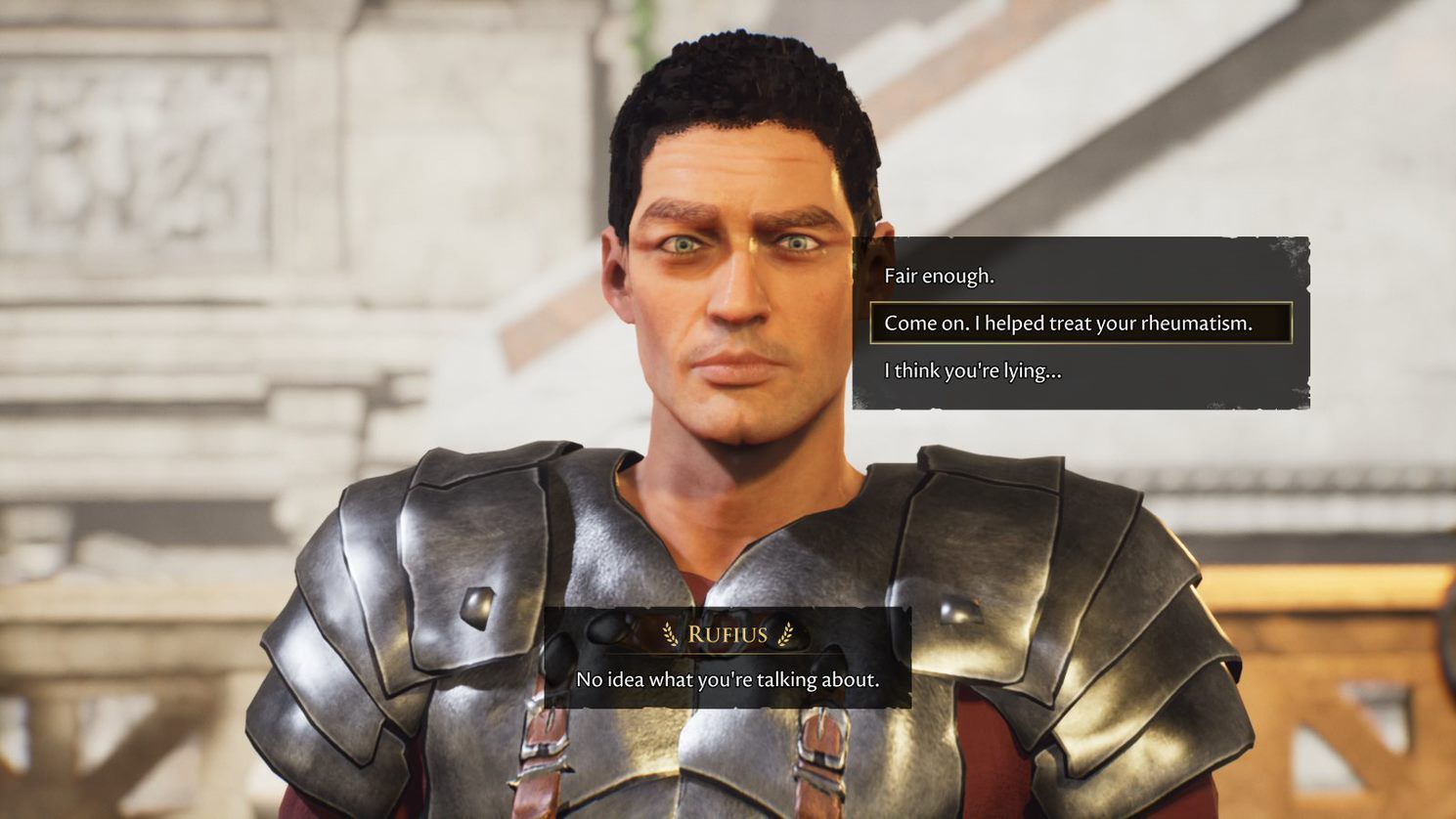 Alternatively, if you don't find the shrine through exploring you can instead talk to Rufius about where to find the Roman plaque and he'll give you the key and tell you exactly where it is, but only if you've cured him of his Rheumatism. You'll get that cure when you've completed The Gilding, or you can skip that quest and search Naevia's quarters for a key to a chest that'll then tell you the cure.

Russel Crowe Is Zeus In Thor: Love And Thunder

The Last Of Us 2 Character Is Still Playing PlayStation Vita