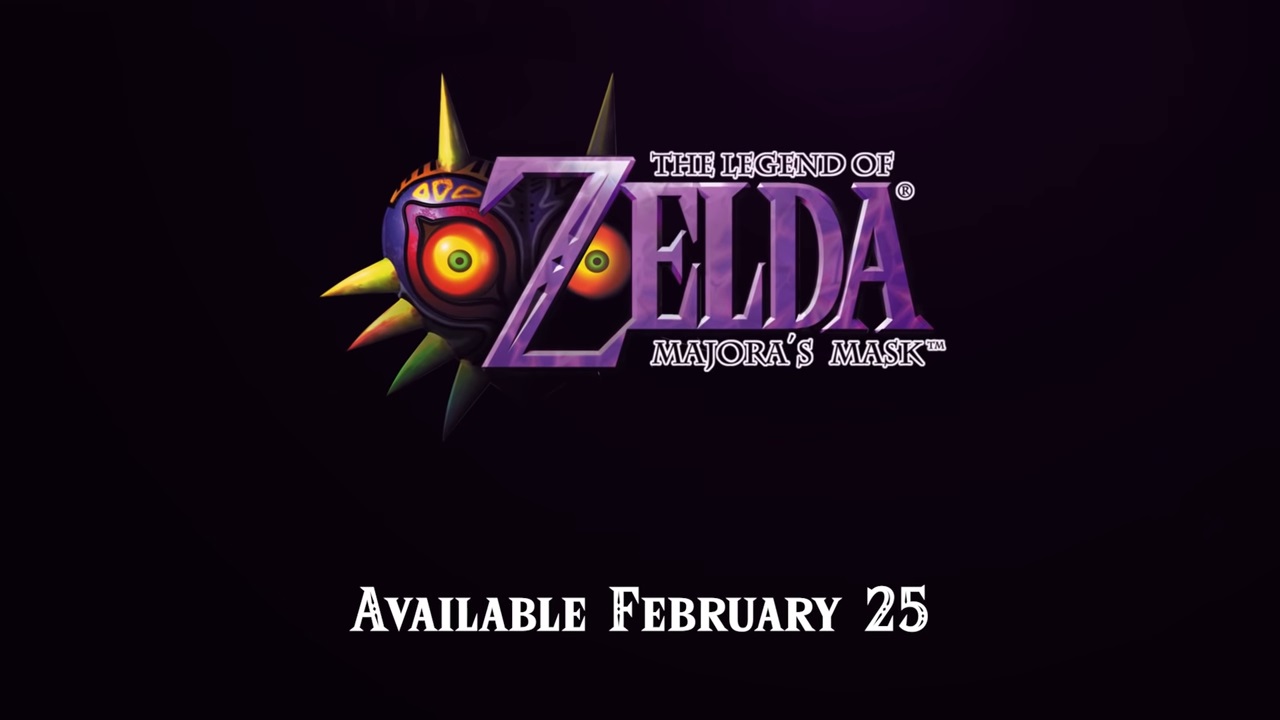 Another N64 classic arrives for the Nintendo Switch’s online service next week and hopefully Nintendo has smoothed out its emulation issues.

The age-old debate of which Nintendo 64 Legend Of Zelda game is better is about to flare up once more, as The Legend Of Zelda: Majora’s Mask is coming to the Nintendo Switch’s online service very soon.

Those subscribed to the Nintendo Switch Online + Expansion Pack will be able to play one of Link’s more bizarre and creepy adventures next week from February 25.

Originally released in 2000, as a direct sequel to the classic The Legend Of Zelda: Ocarina Of Time, Majora’s Mask was made in only one year and was one of several games to require the Expansion Pak accessory, which granted the console additional memory to run larger games.

Set in the mysterious land of Termina, a grotesquely grinning moon threatens to crash into it and destroy everything. You must travel to various temples to find the means of stopping it. However, you’re on a time limit of only three in-game days.

Using his ocarina, Link can rewind time to the beginning of the first day, resetting your progress with the exception of important items such as weapons and the mask power-ups. Temples you complete will also remain, so you don’t have to figure out a way to clear all of them in a single loop.

This being the original N64 version, it will lack the additional features added in the Nintendo 3DS remake from 2015, such as a more comprehensive notebook that charts each Termina resident’s schedule in detail and the Sheikah Stone hint system.

While it is mostly made out of reused assets from Ocarina Of Time, Majora’s Mask has always been praised for its darker atmosphere, non-linearity, and engaging side quests.

Hopefully, Nintendo will have sorted out its emulation issues with N64 games on Switch by the time it comes out. When the Expansion Pack released, fans quickly noticed how many games suffered from poor frame rates and input lag.

Since then, Nintendo appears to have begun fixing these issues, at least with Ocarina Of Time, although other bugs remain. Which hardly seems acceptable for a service that costs £34.99 a year.