VALORANT, the new first-person shooter from League of Legends developer Riot Games, goes into a closed beta period this week. The tactical shooter features a cast of characters, called agents, that are available for play. Moroccan surveillance expert Cypher is VALORANT’s eye in the sky.

Each VALORANT agent has four abilities. Two of these are basic, which are available to buy at the beginning of a round. The agents also have one signature ability, which is automatically available at the start of each round, and an ultimate ability, which must be charged before it can be used. Players can charge their ultimate by getting kills, defusing the spike, or capturing the Ultimate Orbs that are placed around the map. 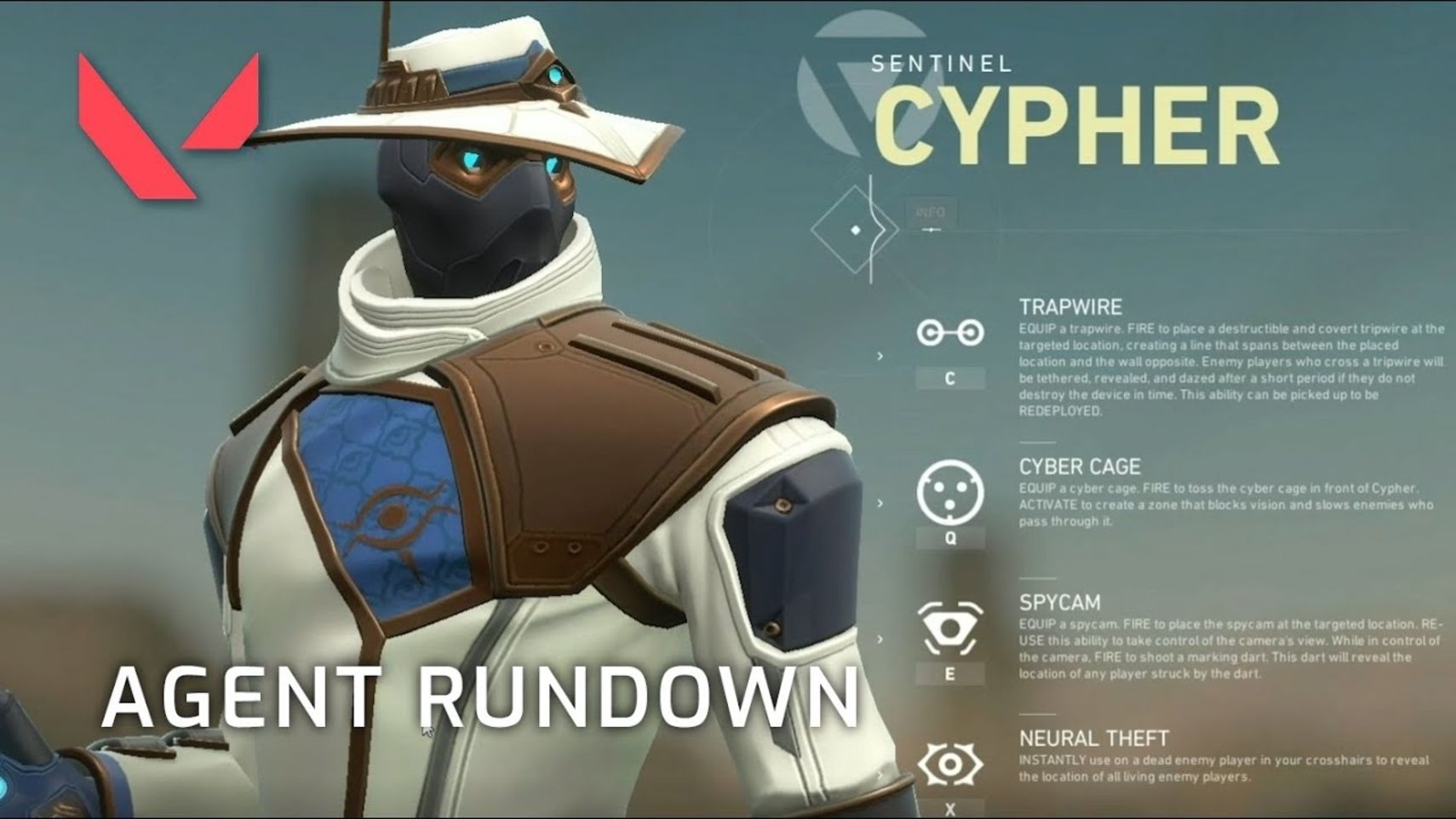 Cypher’s first basic ability is Cyber Cage, which allows the player to throw down a beacon that enemies cannot see. Upon activation, the beacon creates a cage that blocks vision and slows anyone who tries to walk through it. Sound cues alert Cypher whenever the cage is triggered, and when someone walks through its walls. Cyber Cage is available to buy at the start of each round for 100 credits.

Trapwire is Cypher’s second basic ability, giving the player a tripwire to place at the map’s chokepoints. Once placed, Trapwire will extend to whatever structure stands opposite the wall it was placed on. Should an enemy cross through it, they will be tethered, dazed, and their location revealed if they do not destroy the trap in time. Sound and visual cues can alert the enemy of the Trapwire if they take a careful approach. If discovered, the traps must either be shot down or avoided with the use of another agent’s abilities. The traps can be picked up and used again, provided they haven’t been destroyed. Trapwire costs 200 credits at the start of the round.

Cypher’s signature ability is Spycam, which gives the player a secret look into other areas of the map. The player can place Spycam on a wall anywhere on the map, and later peer through the camera to locate enemies. Once an enemy has been located, the camera can shoot a marking dart, tracking the location of any player tagged until they pull the dart out of their agent’s body. Spycam is available for use at the start of each round.

Neural Theft is Cypher’s ultimate ability. With Neural Theft, the player can put a fallen enemy’s body in their crosshair and briefly have the locations of all living enemy players revealed to them and their teammates. This ability requires seven charges, and a sound cue will alert the enemy team to when this ultimate is in use.

With these abilities, Cypher is always aware of what’s happening behind him. VALORANT is expected to fully release sometime this summer.

Pruning Trees: Why Should You Let the Pros Do the Work?