Pearl is the eighth map in Valorant and this one is based around Lisbon, Portugal within the Omega Earth. Much like every other map released, Riot has done a fantastic job in making the map feel new and unique. This time around, the developers have decided to go with a plain map design.

Valorant's maps are known for their unique features ranging from Teleporters on Bind to Ropeways on Split, Icebox, etc. But this time, they have decided to take a simple approach with a minimalist map design. This also means that Pearl arguably requires the most strategy out of any other map. The sites aren't particularly easy to breach, but at the same time, they aren't easy to retake either. 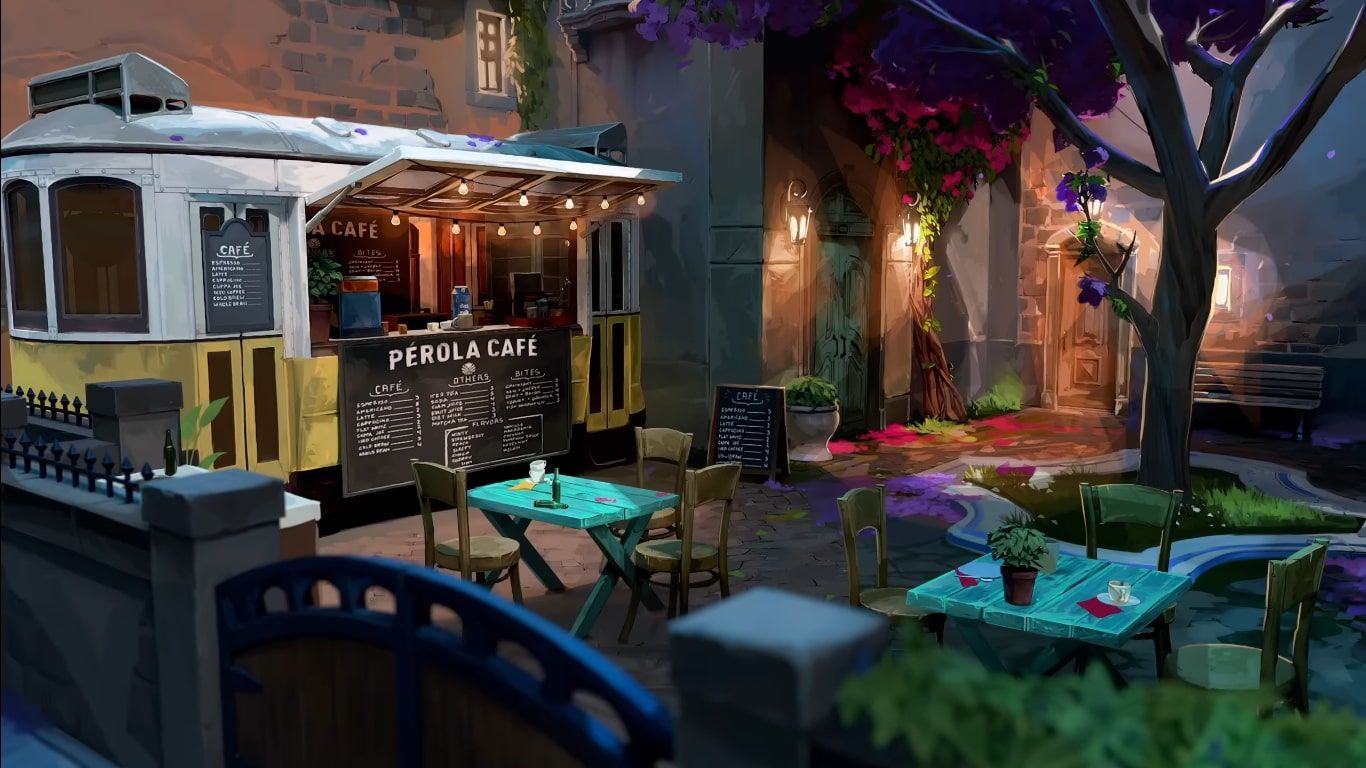 Callouts are the most important aspect of this strategically oriented game. Each map has a bunch of places an enemy can be, and you need to know the universal term for that area so you can efficiently relay the enemy's location to your teammates. Hence, learning the callouts for the new map becomes a priority if you desire to play that map in Competitive. 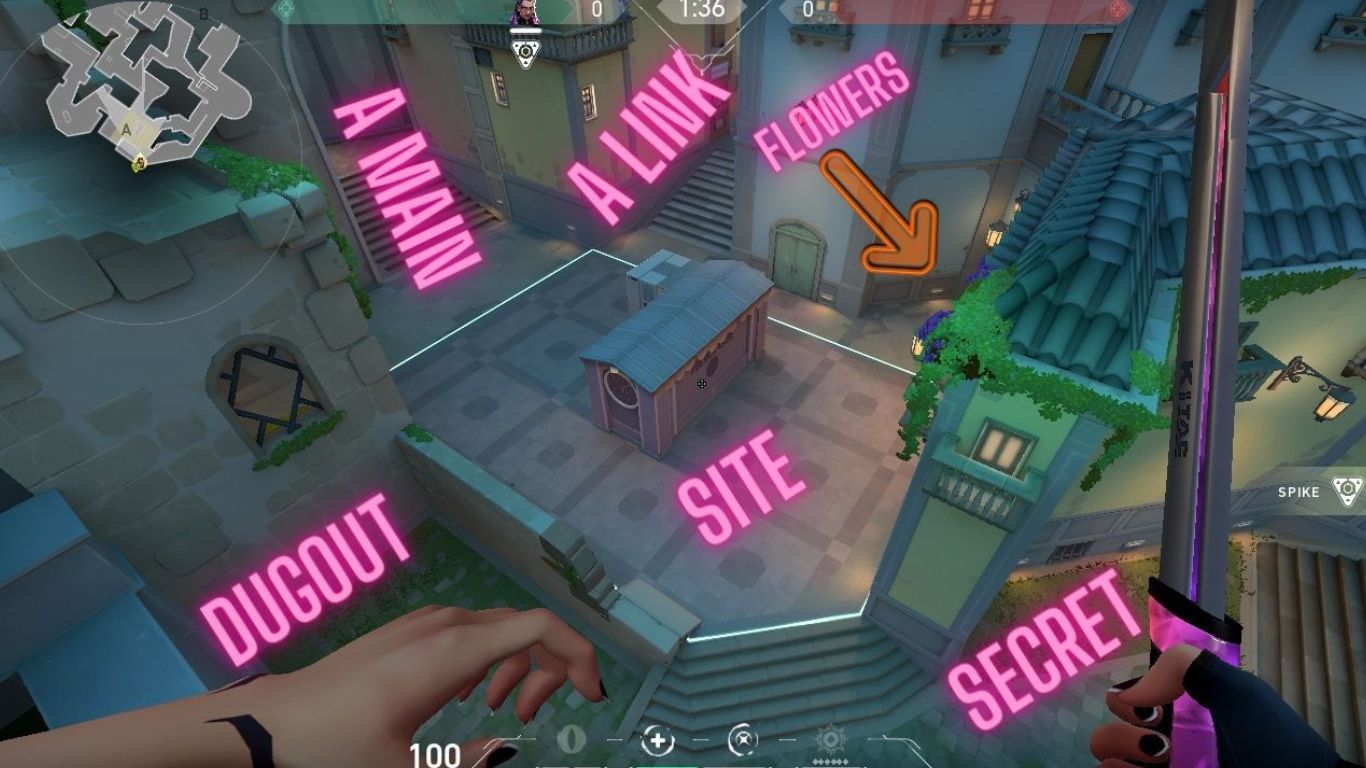 The layout for A Site is very interesting as the site itself has a lot of openings. Among the two sites, this is definitely the easier one to attack for planting the spike. There are a bunch of corners in Dugout, Secret, Flowers, A Link, etc. where a player can camp and turn the game around in some situations.

There is a window between Fowers and Secret that can deal a devastating blow if the timing is correct. The site feels open and closed quarters at the same time because of the multiple places you have to take care of as a defender. 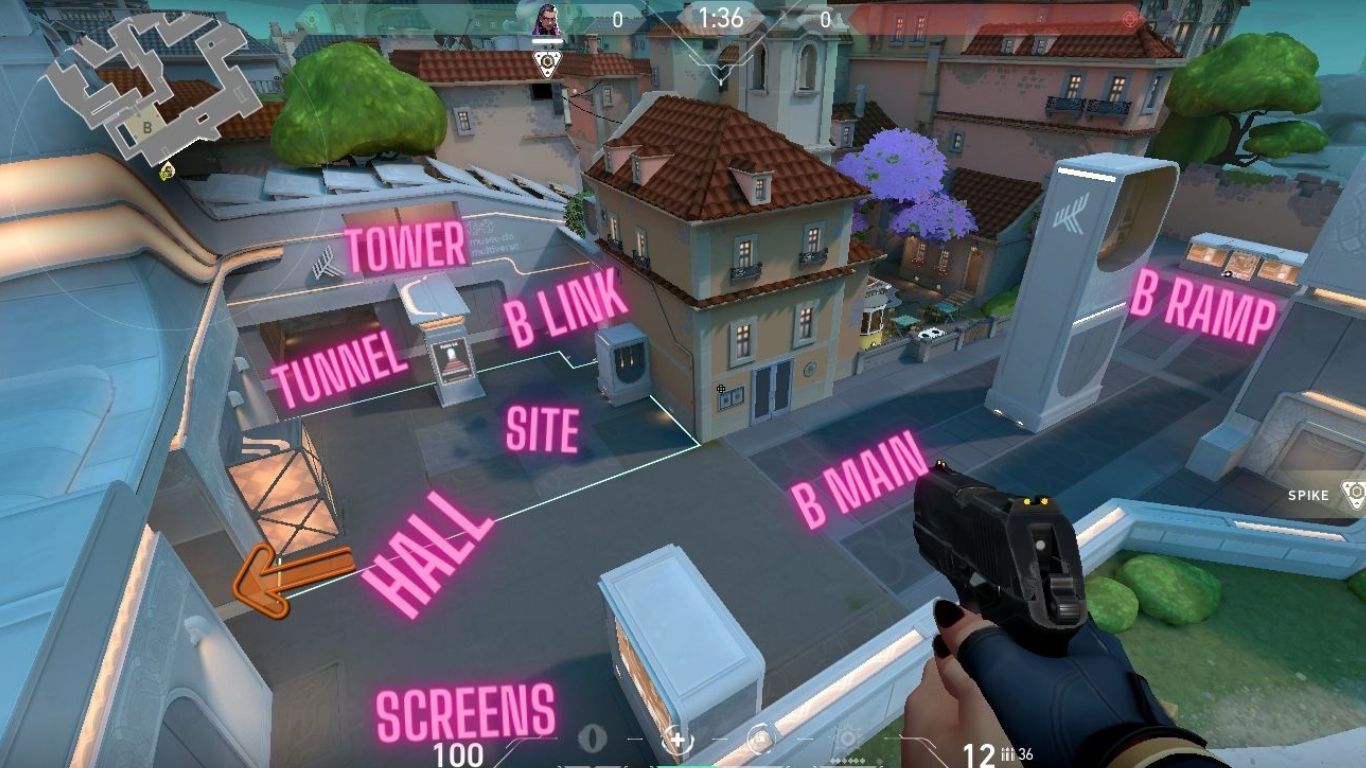 The underwater city called Pearl has one of the scariest B Sites in the entire game, at least for attackers. There is a lot you have to take care of while entering the site, especially if you try to do it through Main or Ramp. After a few rounds, the first thing you face is an Operator in the open area. Even if you manage to clear that, someone could be hiding in the corner between Main and Ramp, while someone can also peak through halls at the correct time to destroy your entire team.

Overall, attackers will either need to use a lot of utility to get into the site, or they will have to be absolute gods at dueling and have great reflexes. On the other hand, if you are able to plant the spike on this site, it becomes equally hard for defenders to retake and diffuse it, especially with lineups being in the game. 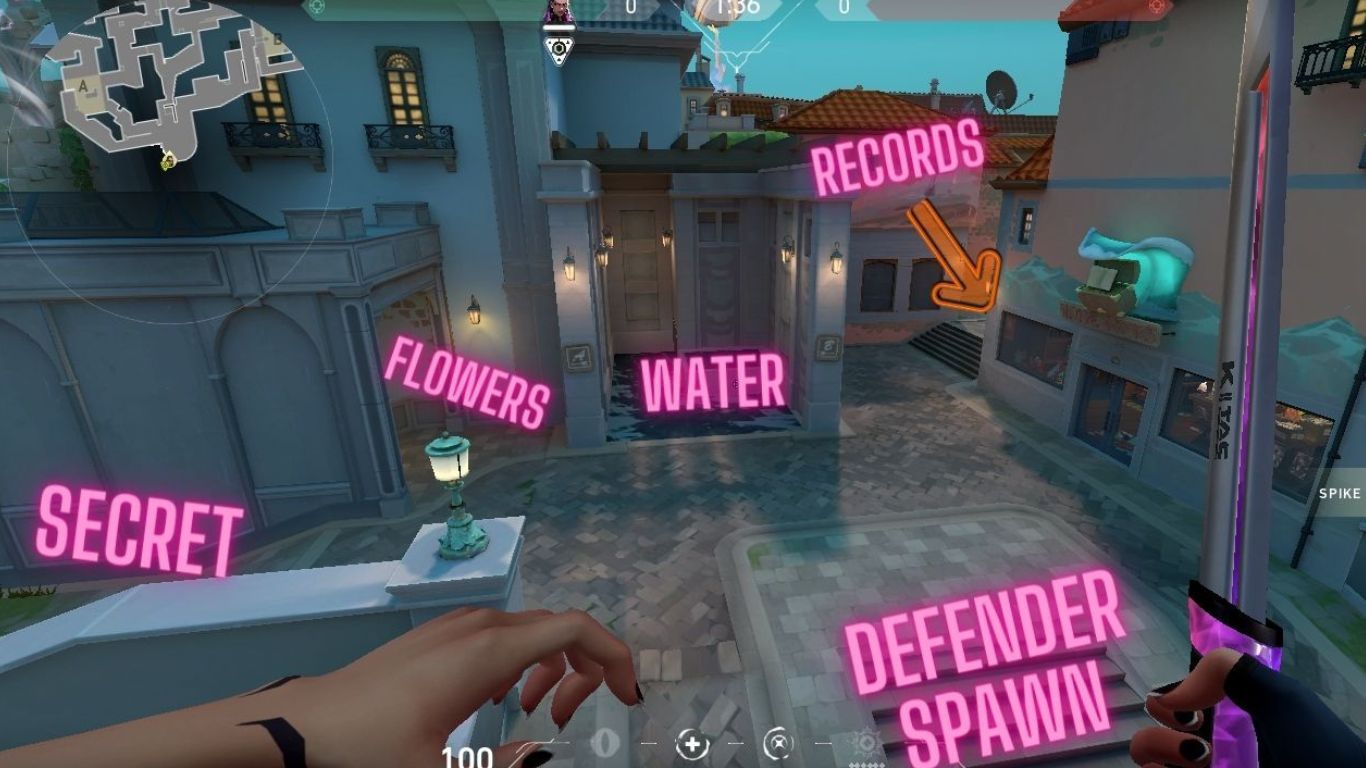 When you are in a retake situation as a defender, or if you've lurked up to their spawn as an attacker, these callouts become really important. Your job as a lurker is to stay hidden and provide as much information as you can to your team. When the time arrives, you can come out and deal a devastating blow.

Due to ease of access to mid and both the sites from Defender Spawn, Pearl feels like a small map compared to the rest. While you'd have to take a long path to reach Mid in Split, all you have to do in Pearl is go through Waters.

Mid seems like a critical part of this map as it's extremely difficult to kill a lurker once he enters this area. One of the defenders needs to always guard Mid and prevent that from happening. 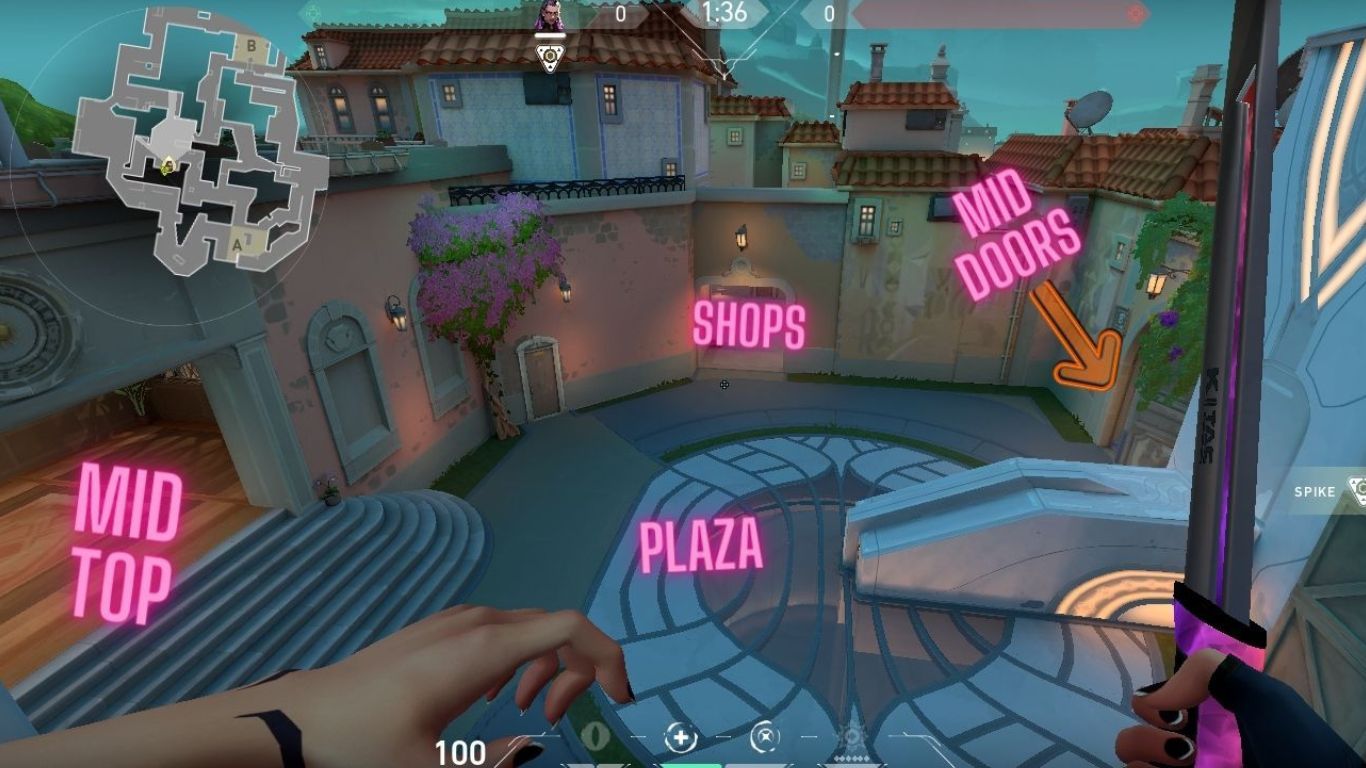 While it's much easier to get access to Mid in this map, it also has a fairly simple layout.

That said, there are multiple corners where a player from either side can hide and easily catch someone off-guard. Similar to A Site, when you're going through Mid, there are a lot of angles that you need to take care of at the same time, and it can feel burdensome.

How To Attack Site A On Pearl 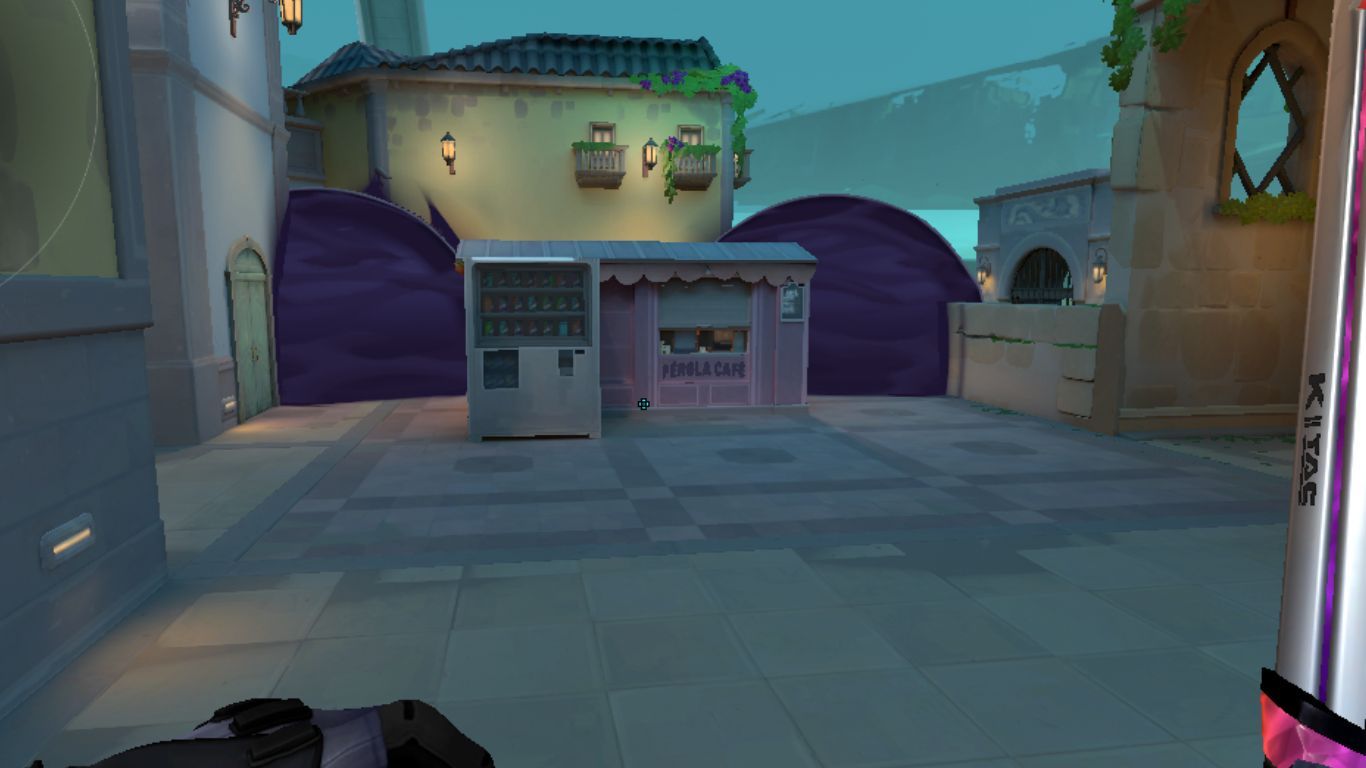 On Pearl, A Site is definitely the easier one for Attackers. As such, Defenders will have to invest more utility and teammates on this site because there is a higher chance for Attackers to go on this site. Still, even while attacking, you have to cover at least three different angles while entering the site and planting the Spike.

Once you're on the site, make sure you use some Utility to clear the Dugout. It can be one of the hardest places to clear with a normal duel. On the other hand, one Raze Grenade will either kill off the camper there or force them to leave it, after which the place is yours for the taking.

How To Attack Site B On Pearl

It can be quite challenging for Attackers trying to take control of B Site on Pearl. The map is currently heavily Defender sided on this Site. If you try to enter B from the Ramp side, you will most likely face an Operator with some other enemies hiding in the corner, screens, and Hall. 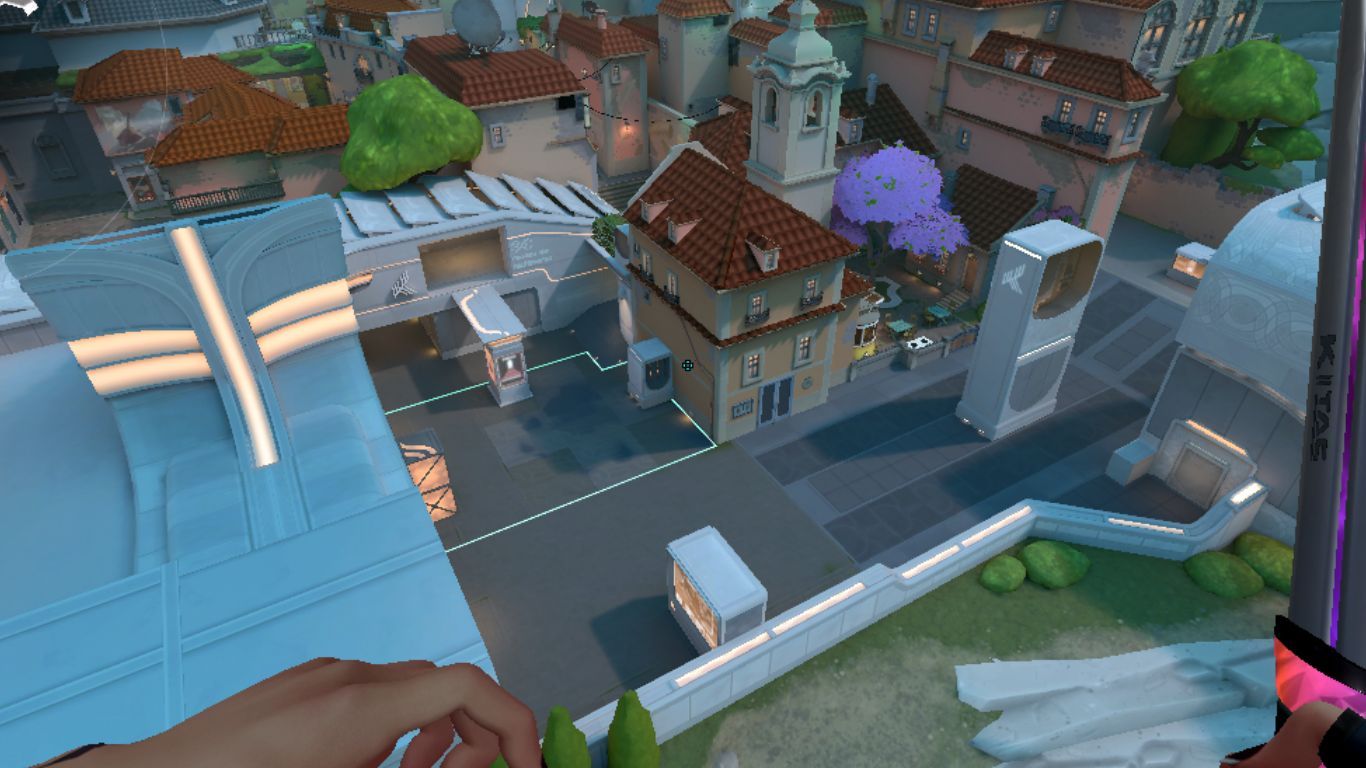 Even with the current B Site on Pearl being Defender sided, the map is still Attack-sided overall. This is due to the easy access to the entire map through Mid. As a Defender, Pearl takes the most Strategy in every aspect of gameplay, and Mid-Control is a critical requirement for a Defender.

El Shaddai: Ascension of the Metatron Is Coming To Steam

Why you shouldn’t be using AI for hiring

Minecraft: 10 Things You Didn’t Know You Could Do In The End