Vigor Season 5: Renegades comes with a leaded dose of Wild West flavor. The primary feature is the new Sawmill map and is open for both Encounters and Shootout modes. The map has about five large wooden rustic buildings placed beside a few train tracks on one side and a river on the other. Spread throughout the location are rusted train cars, dilapidated vehicles, and stacks of telephone poll-length wooden logs. The Renegades trailer shows the Sawmill during a bright, sunny day, and while heavily cloaked in fog in the evening hours.

Vigor map rotation has been improved with this update, based on a quality selection of community feedback pointing out its weaknesses. According to the official Season 5 Renegades update blog post, “there are two to three maps available for selection, rotating on a short-timer”, depending on whether or not a Featured map is presented. This will help give us Outlanders plenty of time to make any desired adjustments to our loadout and customizations, and to better prepare for the next map.

Bohemia heard our pleas for a three-player team mode in Vigor. Encounters can now be played in a Trio team, or in the new solo Lone Wolf mode. Solo players will also now see a second airdropped box, adding a new strategic twist into play as we consider which box to go after and which to let other Outlanders have. 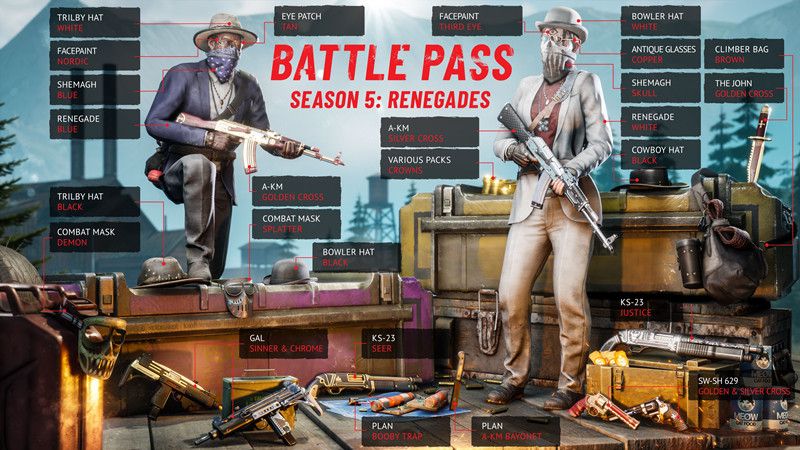 You can read the Renegades in Season 5 update details in full on the Vigor website, including info on the new cosmetics, and some new subtle changes made to the Elimination mode.

Fans paid up to £40 an hour to be Animal Crossing: New Horizons interior designe