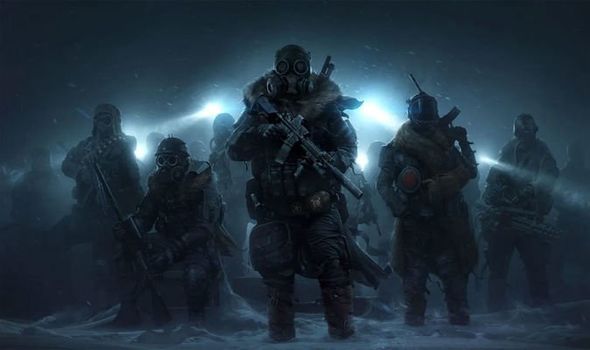 Developers inXile Entertainement has confirmed its complete launch plans for the big Wasteland 3 release across PS4, Xbox One and PC. And while we’re getting closer to the full release date in many parts of the world, it looks like there is still a bit of a wait ahead for fans. Based on the launch schedule offered by inXile, some gamers will get to start their post-apocalptyics adventures in the early hours of August 28.

And it will all depend on which platform you’re using and what time zone you live in, as other may get to start a little earlier.

The good news is that we know when everything should be going live across all platforms, including PS4, Xbox One and PC.

WHAT IS THE WASTELAND 3 RELEASE TIME?

According to inXile Entertainement, the Wasteland 3 release time has been set for 5pm PT (August 27), for Xbox One and PC gamers, in the United States.

For gamers in the UK, the Wasteland 3 release date will fall on August 28, rather than August 27.

UK fans of the Wasteland franchise will get to start playing the latest game in the series at around 1am BST, on Friday August 28.

Meanwhile, there is a different, albeit simpler, launch plan for the RPG on the PS4 platform.

According to the latest news from inXile, PlayStation 4 gamers will get to start playing Wasteland 3 at midnight local time, on August 28.

For those hoping to check out Wasteland 3 using the Xbox Game Pass, no delay is expected and you should have access to it as soon as it arrives.

Those who already have a subscription should be be able to find Wasteland 3 among the games listed, allowing you to pre-install.

This means you can skip the 14GB download on launch day and dip straight into Post-Apocalyptic Colorado.

For those wanting to know more about Wasteland 3, you can find the official game description below, courtsey of Microsoft:

“From Xbox Game Studios, available with Xbox Game Pass on day one! Wasteland 3 is a squad-based RPG from inXile entertainment, featuring challenging tactical turn-based combat and a deep, reactive story full of twists, turns, and brutal ethical decisions that will keep you hooked whether you’re a Wasteland veteran or new to the series.

“Create a squad of up to six Rangers and customize them with perks and abilities geared to your playstyle. Pre-install now, so it’s ready to play when you are.”

“In Wasteland 3, a journey of (at least) 80 hours begins with a single… character select screen. This isn’t an exaggeration; as soon as you start a new game and watch the opening cinematic, you’re immediately staring at Yuri and Spence, two of the pre-rolled Rangers you can start your adventure with.

“This is a big decision, as you’ll be spending dozens upon dozens of hours with these characters. So as someone who’s been taking these pre-built characters out for a spin, as well as rolling a few of my own.”

Loop Hero Proves That Roguelikes Are The Way Forward Now