Apex Legends has an incredibly strong story and lore element when compared with other battle royale or competitive shooter games. Sure, there’s a wild multiverse connecting every Zombies map (I think there are dragons and/or nukes involved) and Rainbow 6 Siege gives each Operator a fair backstory, but none come close to Respawn’s Titanfall successor.

Part of the Apex story’s success is for just that reason – Titanfall 2 especially was a whole campaign of lore. At its inception, Apex only had tenuous links to the mech shooter, but most multiplayer games don’t connect with their associated campaign in any meaningful way. The lore of Titanfall 2 and Apex Legends is intrinsically linked, from the same planets cropping up in each, to the main antagonist of the former creating the very Apex Games that we play in.

The two look like they will further intertwine as time goes on and Apex Legends expands in terms of both gameplay and story. However, it’s been a while since the lore made any meaningful impact on the game itself, and the two facets of Apex seem to be diverging. 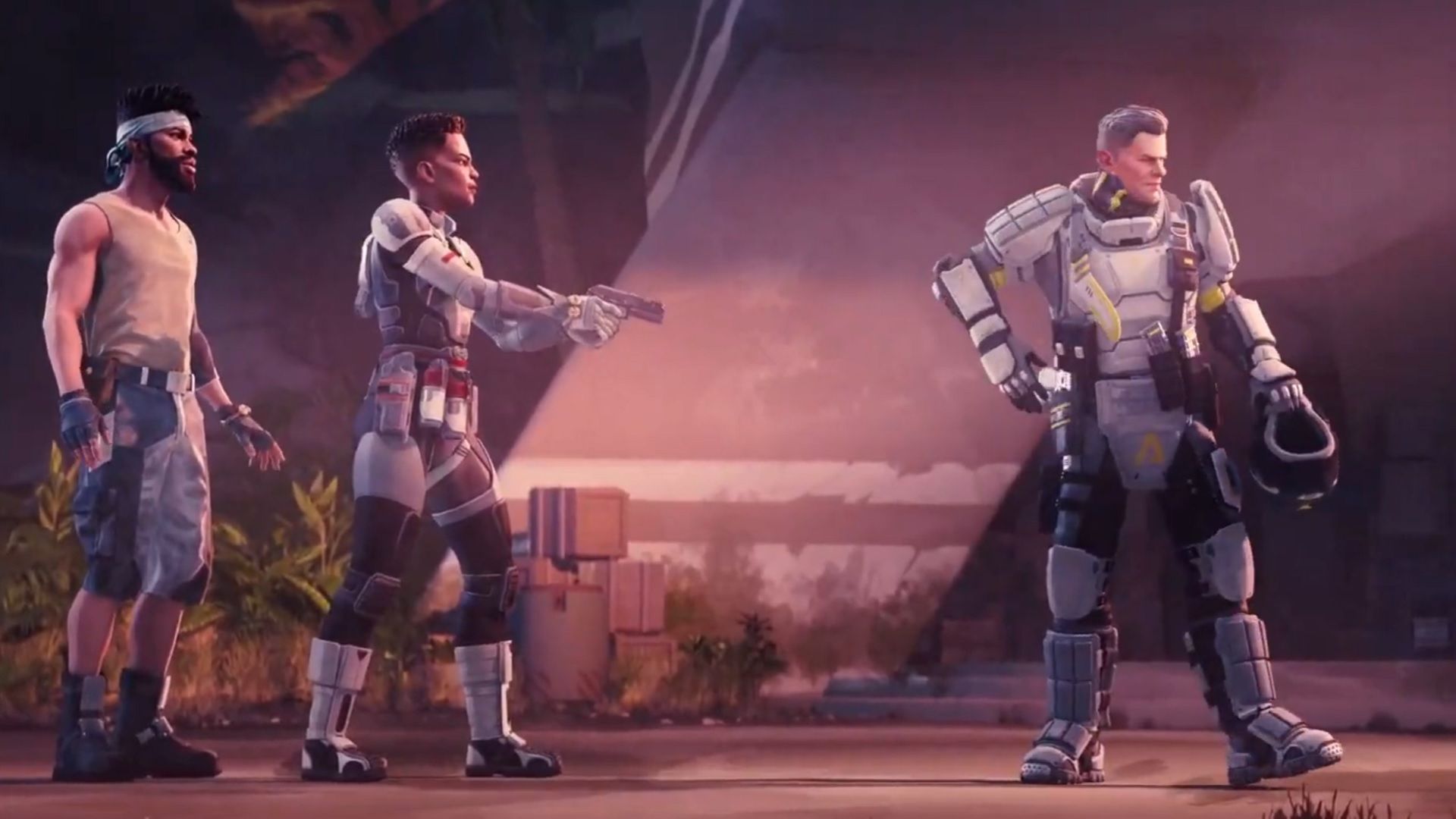 Bangalore’s Stories from the Outlands trailer is great, don’t get me wrong. Anita’s relationship with her brother has been hinted at for a while now, and it’s gratifying to finally explore. The lore trailers are always top quality animations that dive right into the world of Titanfall and give you a much more intimate look at the characters you play as in the games, and Gridiron is no different. It’s a tale of sibling love and betrayal (no, not like 12 Minutes), and helps players connect to Bangalore in new ways – this just needs to be reflected in-game as well as on YouTube. Plus, the pair of them beat a Titan Pilot in combat, which finally answers that age old question. Kind of.

But do you remember when Loba and Revenant were added to the game? Their fates have always been intertwined since the first trailer for the murder robot was released and he killed Loba’s parents in front of her eyes, but this bled into the game too. Pick them both on the same squad and they’d bicker over loot, play as Loba and get killed by a Revenant and he would gloat over your body. It felt real, like the game was an extension of the lore, and the events of each were happening in the same universe.

Then there was the Broken Skull quest, during which players attempted solo PvE missions that further expanded on Loba and Revenant’s complicated relationship. Now look at Seer, who had an incredibly cool launch trailer and has since been left alone. The curse placed on him at birth has no impact on his gameplay – or even his voicelines – and he barely interacts with other Legends in-game. Who is he, and why should I care? 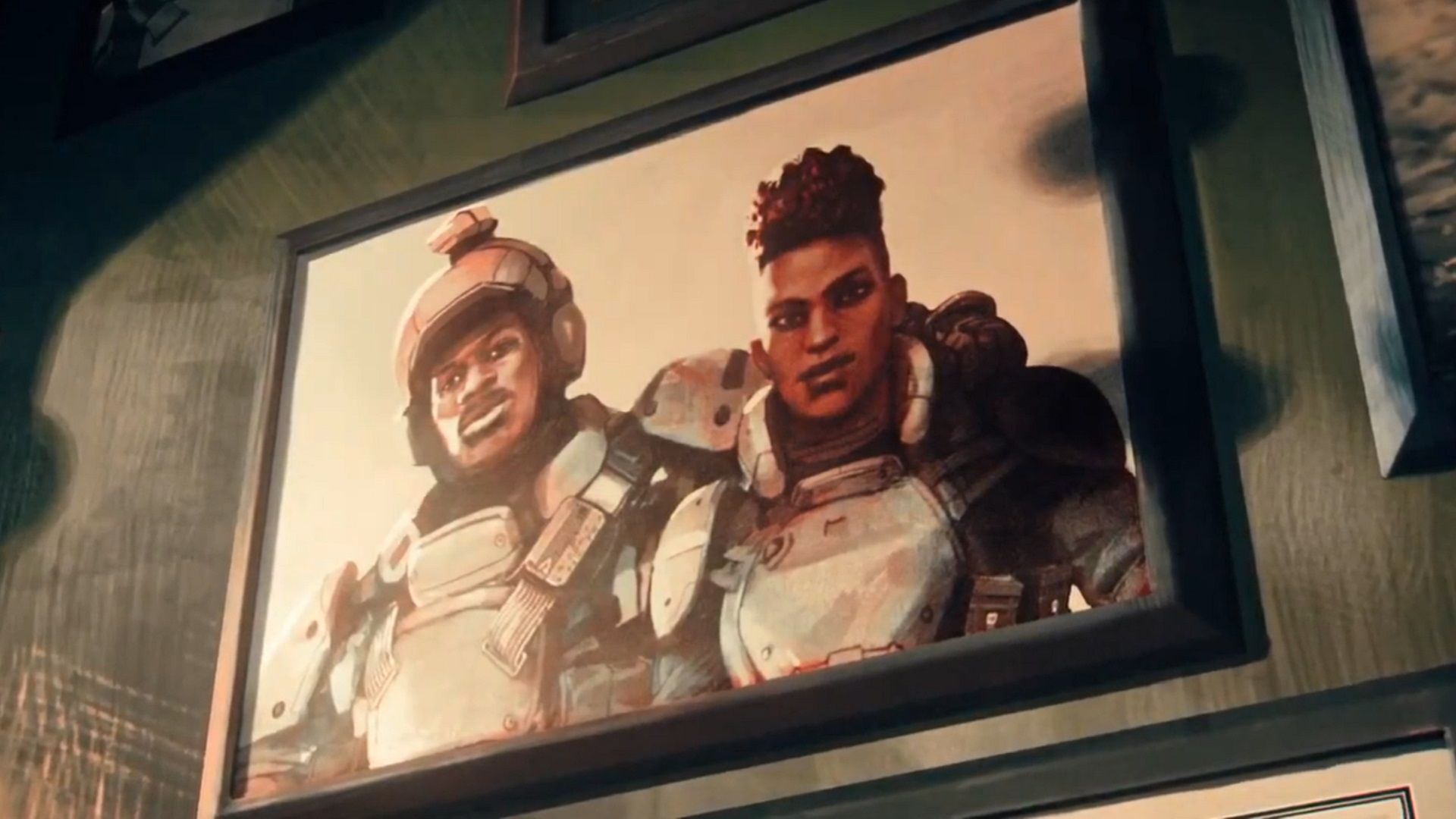 I’m not saying you can do this for everyone, but maybe Respawn should do it for someone. I don’t recall the last time any in-depth lore bled into the game like this – the voicelines between Loba, Bangalore, and Valkyrie during their tumultuous love triangle were the closest we’ve been since. It’s no use relegating lore to comics and potential TV shows, integrating it with gameplay like a single-player campaign would makes Apex Legends more than the sum of its parts.

I’m not saying I have no faith in Respawn to do Bangalore and her brother justice – we’ve already had his escape pod land on Olympus and their IMC ship crashed on Storm Point in today’s trailer, a ship which is a POI on the game’s latest map. There’s plenty of room for Bangalore’s Bangalore to interact with Apex gameplay this season, and I hope Respawn makes the most of this opportunity. The game’s characters are second to none in the battle royale sphere (and yes, that includes Fortnite’s weird bubblegum freak), so Respawn needs to make the most of the relationships between them. Let’s show Bangalore some love, and then we can move back onto Seer.

First DLC for ALTDEUS: Beyond Chronos Arrives in June for Oculus Quest

Fortnite: How to log out of Fortnite on Switch in Chapter 2?

Borderlands 3’s next expansion takes place inside a brain