Ever since Final Fantasy VII Remake was announced the question on every fan’s mind was how Square Enix was going to address Aerith’s death. It’s common knowledge that she dies halfway through the game – and if it isn’t common knowledge where have you been for the past 23 years? While we all want to see FFVII lovingly recreated piece by piece, players have been wondering if this particular bit of gaming history needs to remain exactly as is.

Circumstances have changed over the past two decades. Killing Aerith was an incredible moment when it happened originally, but now that we’re all numb to the idea of the nice flower lady getting a sword through her gut, does it really need to happen again? In our honest opinion, considering the changes and revisions that Square Enix is already making to FFVII‘s story, it actually makes more sense for Aerith to make it to the end with as few stab wounds as possible.

Back In The Old Days 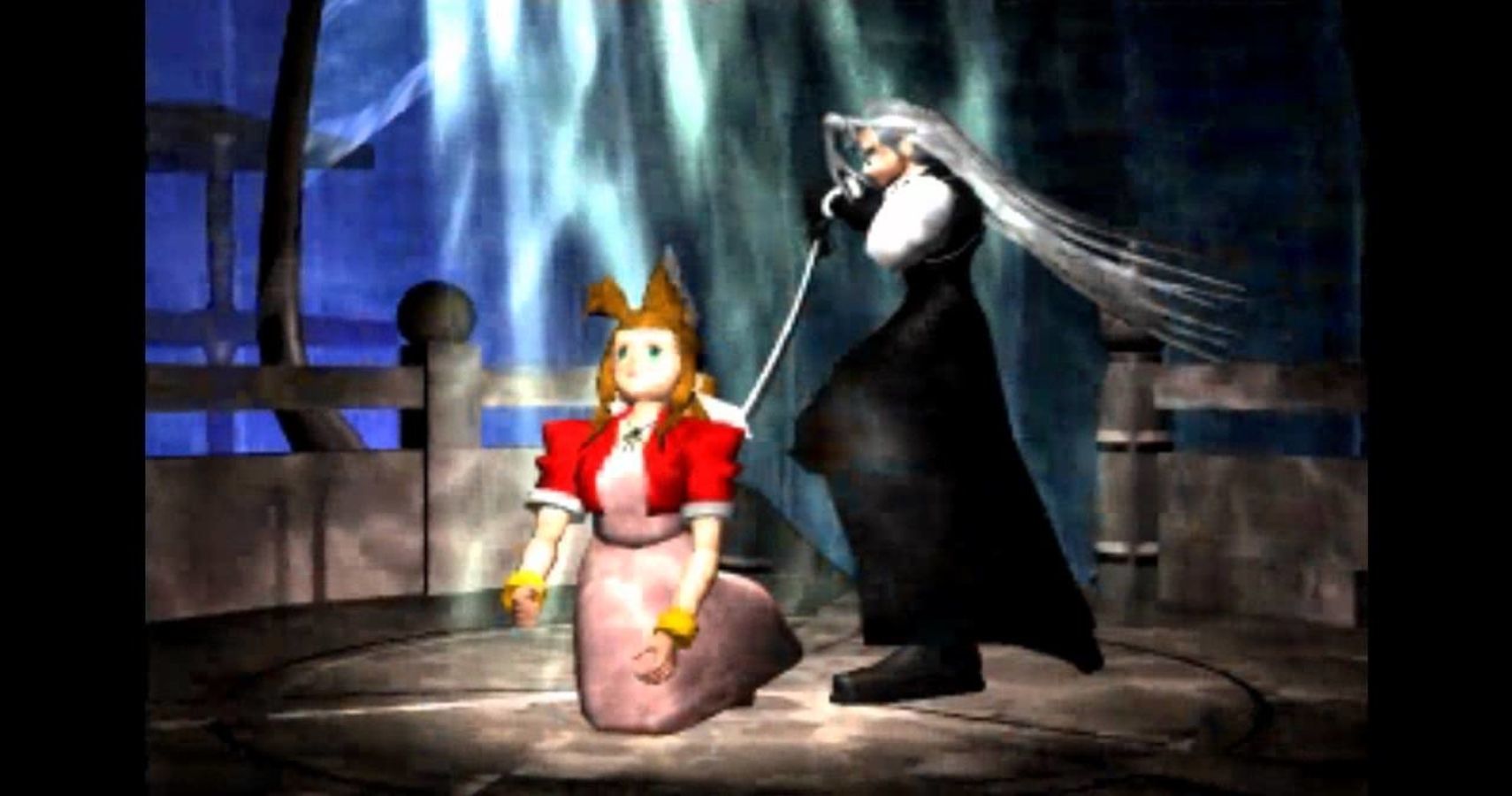 If you were alive in 1997 or played a port of Final Fantasy VII at some point, then you surely remember the exact moment when Aerith is impaled by Sephiroth in the Forgotten City. If anyone was to compile a list of the most shocking or most important events in gaming then this would be ranked pretty highly, maybe even at the very top. Nobody was expecting a main member of your party that had been around since almost the beginning to suddenly be murdered and gone forever. It was remarkable and heart-breaking at the time, however, everyone is now pretty familiar with this character’s death. Even casual video game enthusiasts are aware of Aerith’s demise and it holds little to no shock value.

So why replicate it? Everyone is aware it happened and everyone knows it’s probably coming in an upcoming episode of the Final Fantasy VII Remake series. It feels like a forgone conclusion, and frankly, that’s kind of boring. Knowing that she dies makes it hard to get invested in her character since we’re anticipating the future where Cloud dumps her body in a lake. We’re all about FFVII Remake being as authentic as possible, but this simply won’t work for the game they’re trying to make. The truth is that killing Aerith will actually hurt the gameplay and the story being told here.

Why Level Up A Future Corpse? 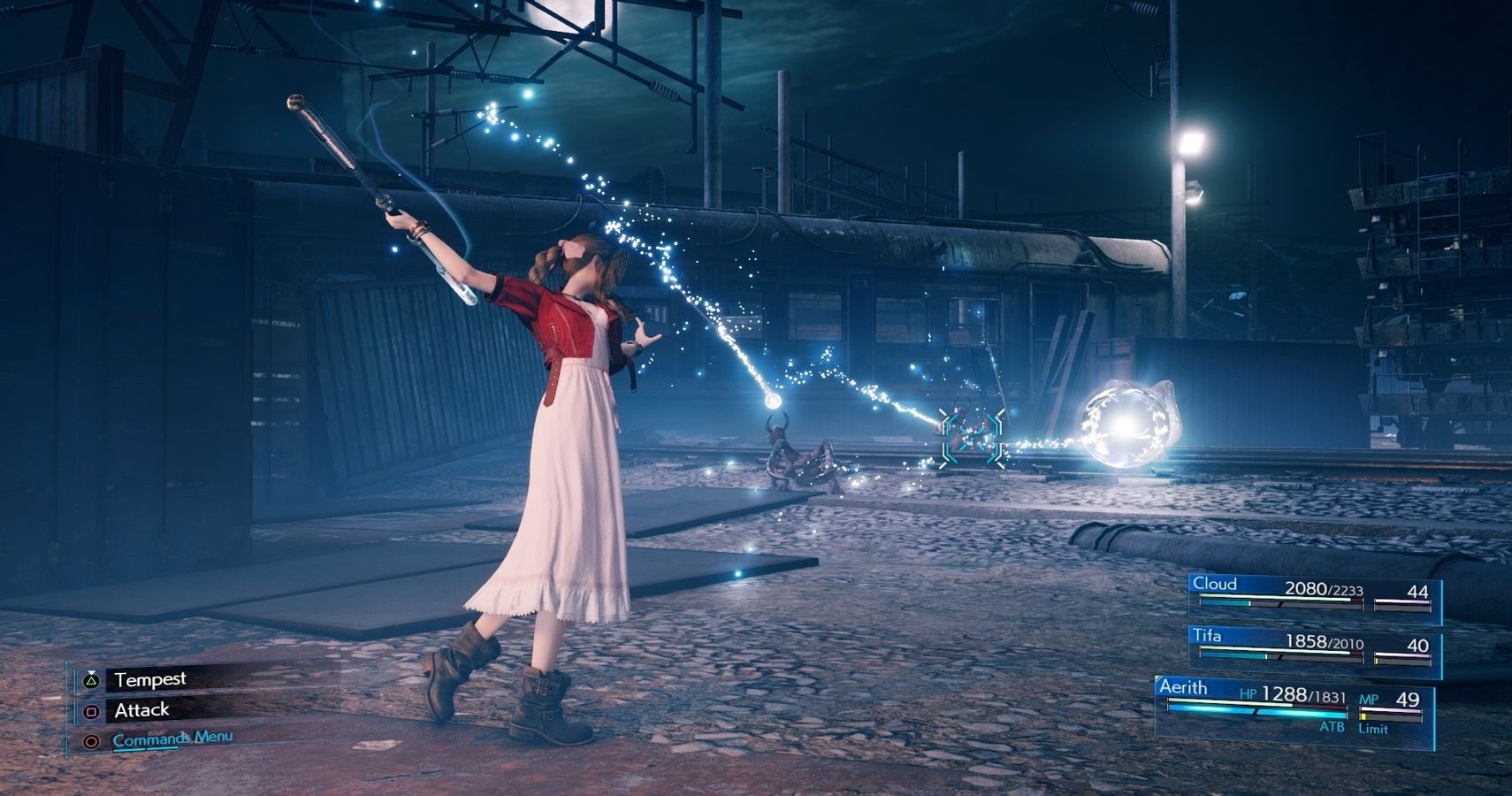 The old game was a turn-based JRPG where characters could be interchanged pretty easily, meaning that even though Aerith died we still had a whole party to switch to. FFVII Remake is an entirely different beast. Midgar used to be a small part of the game but is now a 30 to 40-hour journey. The next part will likely do a similar job of expanding different areas.

Taking Aerith out of the equation permanently means that all the skill points and abilities you spent tens of hours upgrading and grinding for with her are worthless. At least in the original version, you were caught by surprise so you couldn’t have known that getting her ultimate limit break was a waste of time. But now, why would you go out of your way to acquire any of her good weapons or level her up if you know for certain that she’s leaving this mortal coil? If we do get other party members that can be switched in and out, then the average player probably won’t even bother playing with Aerith at all.

She’s Too Strong To Be Fridged 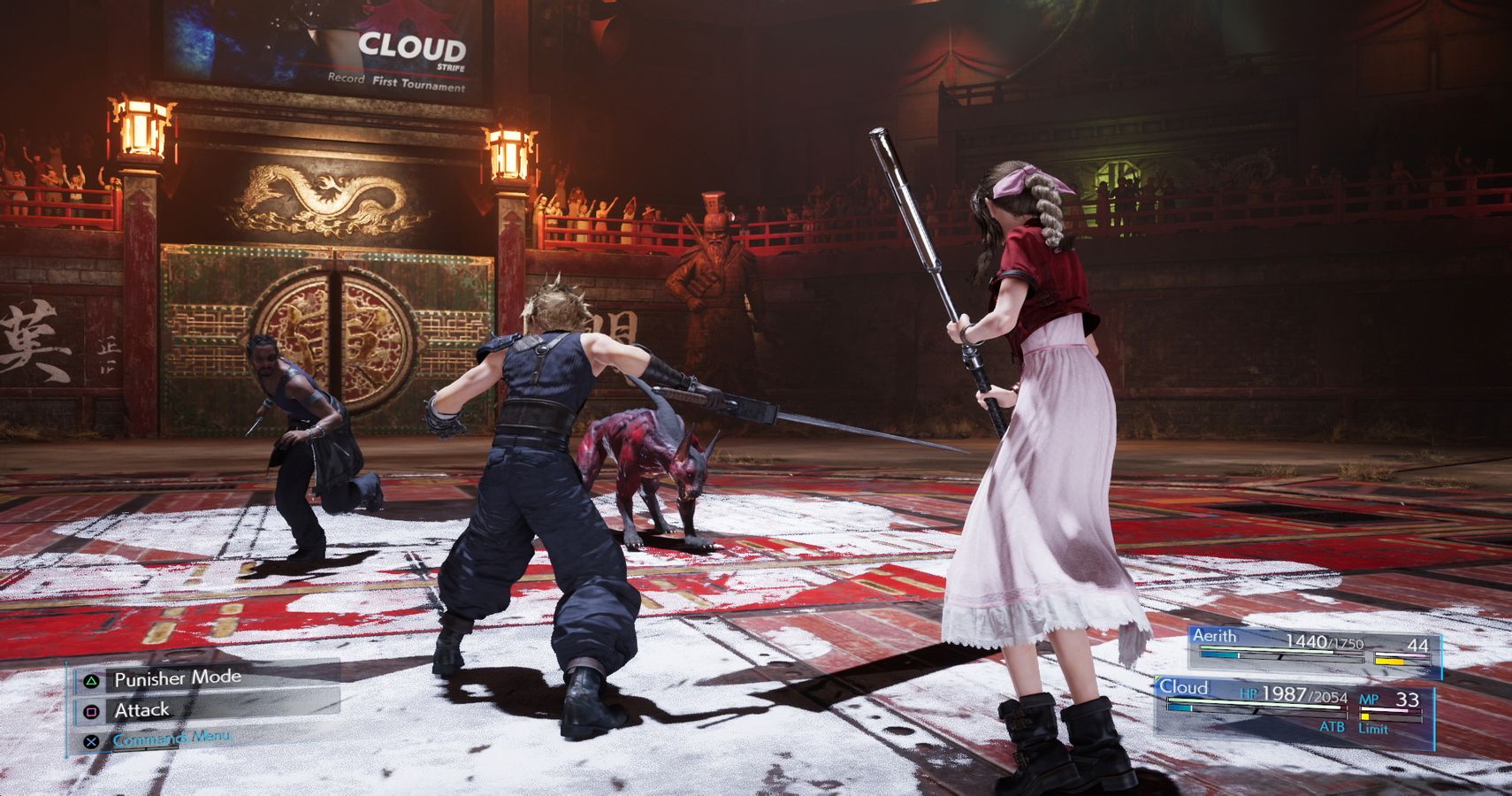 On top of that, let’s face facts, FFVII doesn’t have a ton of female characters. Sure, there are some fun NPCs like Jessie, Madame M, or Scarlett, but aside from them, Aerith and Tifa are the most important women in the entire game. We don’t know for sure what Yuffie’s role in future titles will be yet. There’s a chance she might not even be playable. If so, that means there will only be two female party members and one of them might be dead soon. We sincerely doubt that the people playing this game want it to become purely a boy’s club.

And that’s another concerning issue about FFVII. The only real deaths seem to be female while most of the men manage to survive. Wedge and Biggs of all people somehow make it out of this game alive yet Jessie is the lone casualty. Very few male characters who aren’t villains die over the course of FFVII. The notable exception may be Zach but he got to go out on a big hero moment fighting a horde of Shinra goons. Aerith gets stabbed in the back and is then dropped into a watery grave. In Remake she’s made to look nearly as badass as Cloud, holding her own fighting alongside him inside Don Corneo’s Colosseum. Do you mean to tell us that someone who could take on Hell House would go out on such a lame note? Come on.

It’s just crappy to kill off one of the measly two major female characters (not counting Yuffie because who knows what’s going on with her.) Her death feels like a relic of a bygone era where killing a pretty lady was a good way to make you hate the villain more. But do we really need any more reasons to hate Sephiroth? He’s an over-dramatic silver-haired dude with an abnormally long sword that’s planning to destroy the planet with a giant comet. Hell, he burned down Cloud and Tifa’s hometown and killed their families! It seems like we have plenty of reasons to dislike him already. We don’t need him killing women and kicking puppies to further illustrate his villainy. 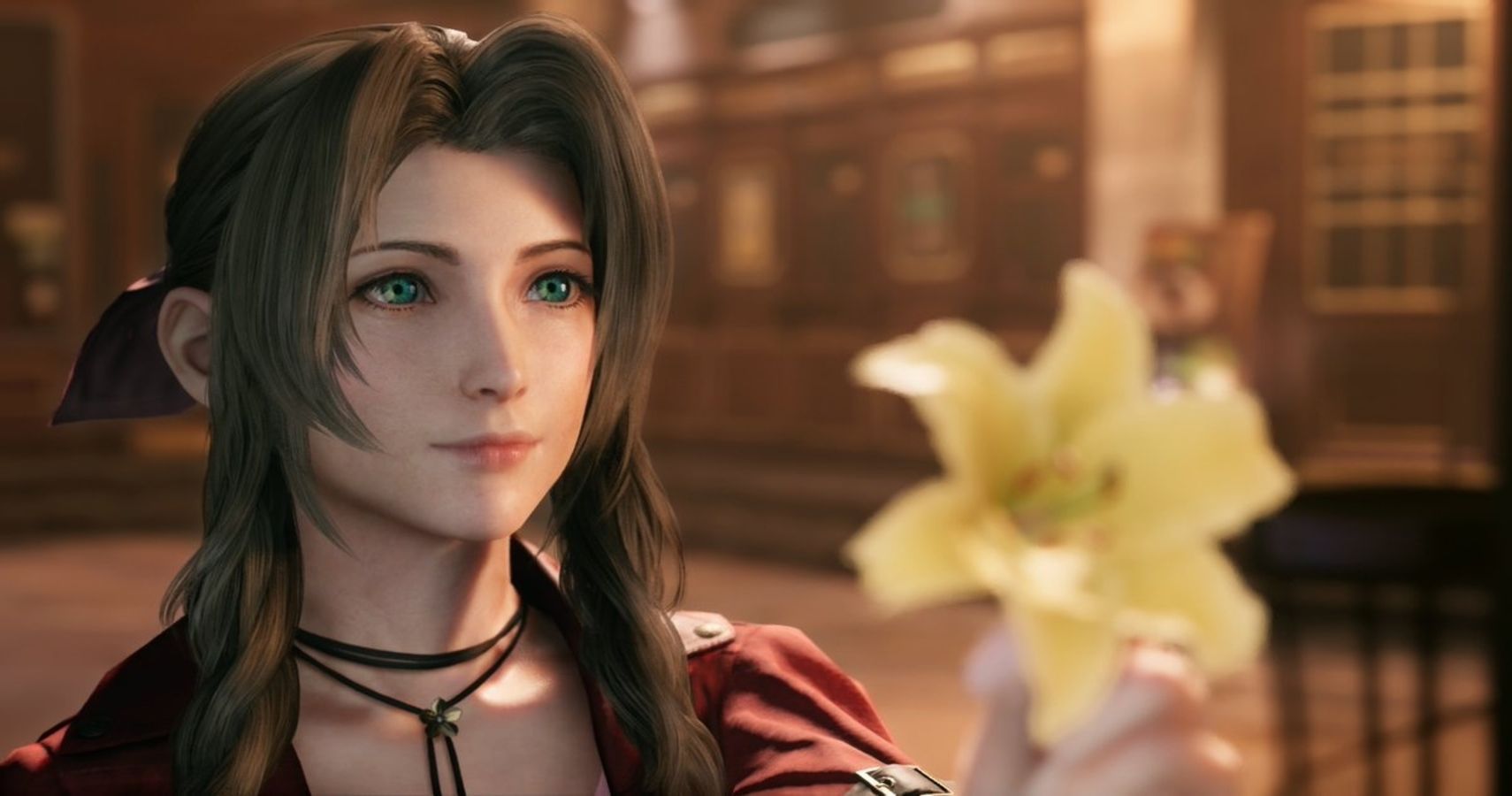 Aerith doesn’t need to die this time. What would be the point? We won’t be shocked, we won’t be heartbroken – well actually we probably still will be – and it’ll negatively affect the gameplay and story. The ending of FFVII Remake seems to imply that fate can be changed and that Aerith’s death can be avoided. It seems like the carrot of her continued existence is being dangled in front of our faces. We hope this the case and not a chance for Square Enix to swerve us.

She doesn’t need to be a martyr or another case of a female character being fridged to inspire us to beat someone up. Let her make it the end of the game so she can finish the fight by using her giant staff to smack Sephiroth in the face. Because that’s the cathartic ending that we deserve.