As it often does, the unstoppable flow of progress has engulfed Dungeons & Dragons. What was once the lowest tech entertainment you could enjoy on a Saturday night is now often augmented by technology. Most notable is the increasing use of digital character sheets. Newer players often say that they like the ease of managing digital sheets, whereas older players are used to pencil and paper. In truth, neither option is quite that simple.

For many, the argument to stick to physical character sheets is familiarity. It can take some time getting used to a new system, so many may not want to switch over when the old one works perfectly fine for them. Pen and paper is simple for those already in the know, and does not require learning a new app or program. However, there are benefits to physical sheets and the preference for them is not always a matter of refusing to get with the times.

Most people look up the official D&D character sheets when they make a character, but there are many different designs that are tailored to individual preferences. This allows players to use a layout they personally like, not just the ones that D&D Beyond or Roll20 provide. Some even make the game more accessible; character sheets have been created that increase legibility and help players with dyslexia. Others, like the Character Journals created by Field Notes, are meant to have enough room that players don’t have to rummage through the Player’s Handbook to find out what all their abilities do. 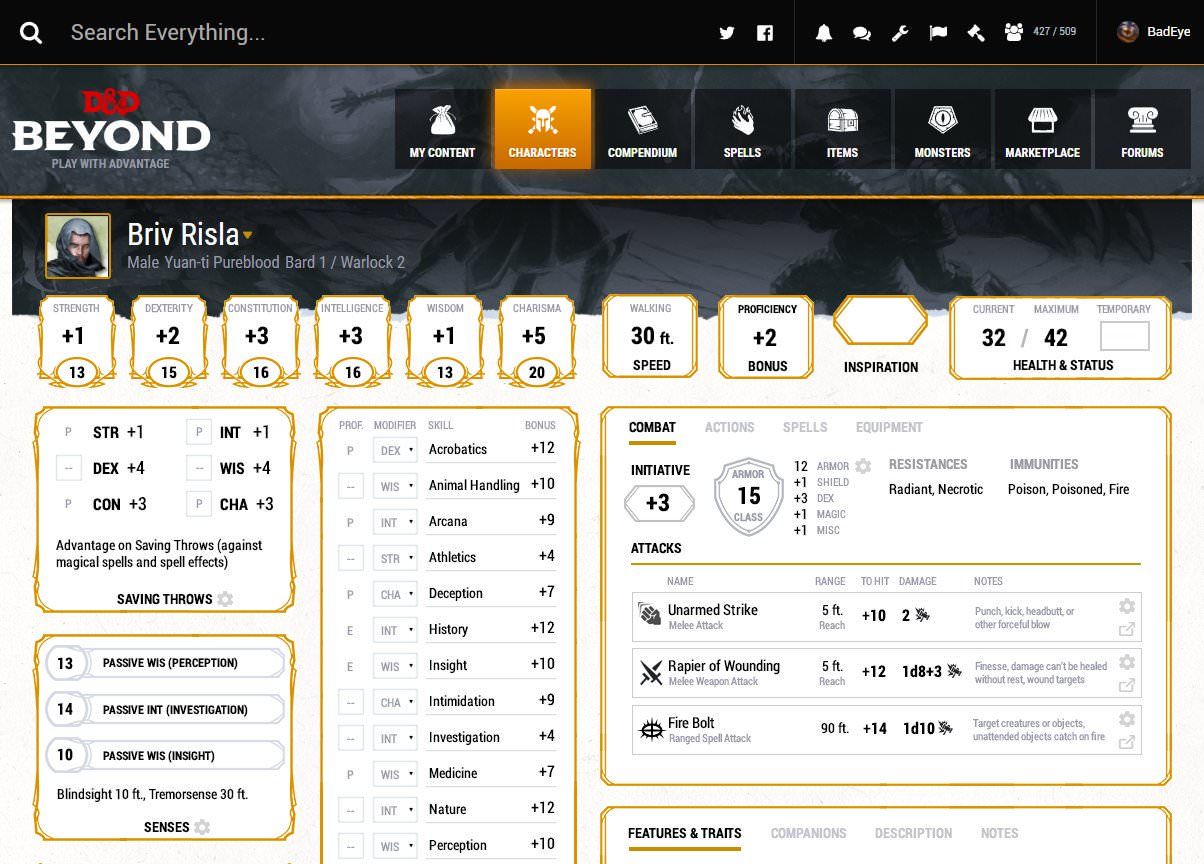 On the other hand, digital character sheets are less intimidating for new players. Even the best designed notebook can’t compare to being able to click on a spell and see immediately what it does. Especially at higher levels, when casters can have access to dozens of spells at a time, this is a very useful tool.

Players who are just getting into D&D can be wary about the reputation of tabletop RPGs being math-heavy (although D&D is far from the worst out there). Digital character sheets can lower the activation energy of character creation by auto-generating stats, and get more people playing. More players means more groups, more games, more D&D.

There are pros and cons for players based on personal preference, but players also have to consider the good of the group. Digital character sheets mean that every player must have a laptop or tablet. This not only creates issues on its own (not everyone has access to them, they need to keep charged, etc.) but also can change dynamics at the table. Having laptop screens in front of every player can take up space, and separate players from each other.

However, using paper at the table often means a lot of referencing and cross-referencing. This means that combat moves slower, sourcebooks get passed around the table, and people get bored and get up to get snacks. In addition, people can lose physical character sheets, which means that sessions might be taken up by guessing what abilities a character has until the sheet is found.

There are pros and cons for both methods, but choosing which one to make a character with is more than just personal preference. Character management and table play are both big factors in choosing the best character sheet medium to use.

Can We All Leave Blue Box Studios And Abandoned Alone Now, Please?

The Sims 4: Guide To Finding And Installing Mods