Many Animal Crossing: New Horizons players booted up their game on October 1 to find a letter from none other than the czar of Halloween himself: Jack. Players can find a portrait of the spooky character attached to this letter that can be placed as a wall decoration in their house in the game.

Some may not be aware, however, that if you put the portrait on display and turn off the lights in the room, a faint glow can be seen emanating from the painting. This little detail adds more charm and atmosphere for this season in the game. 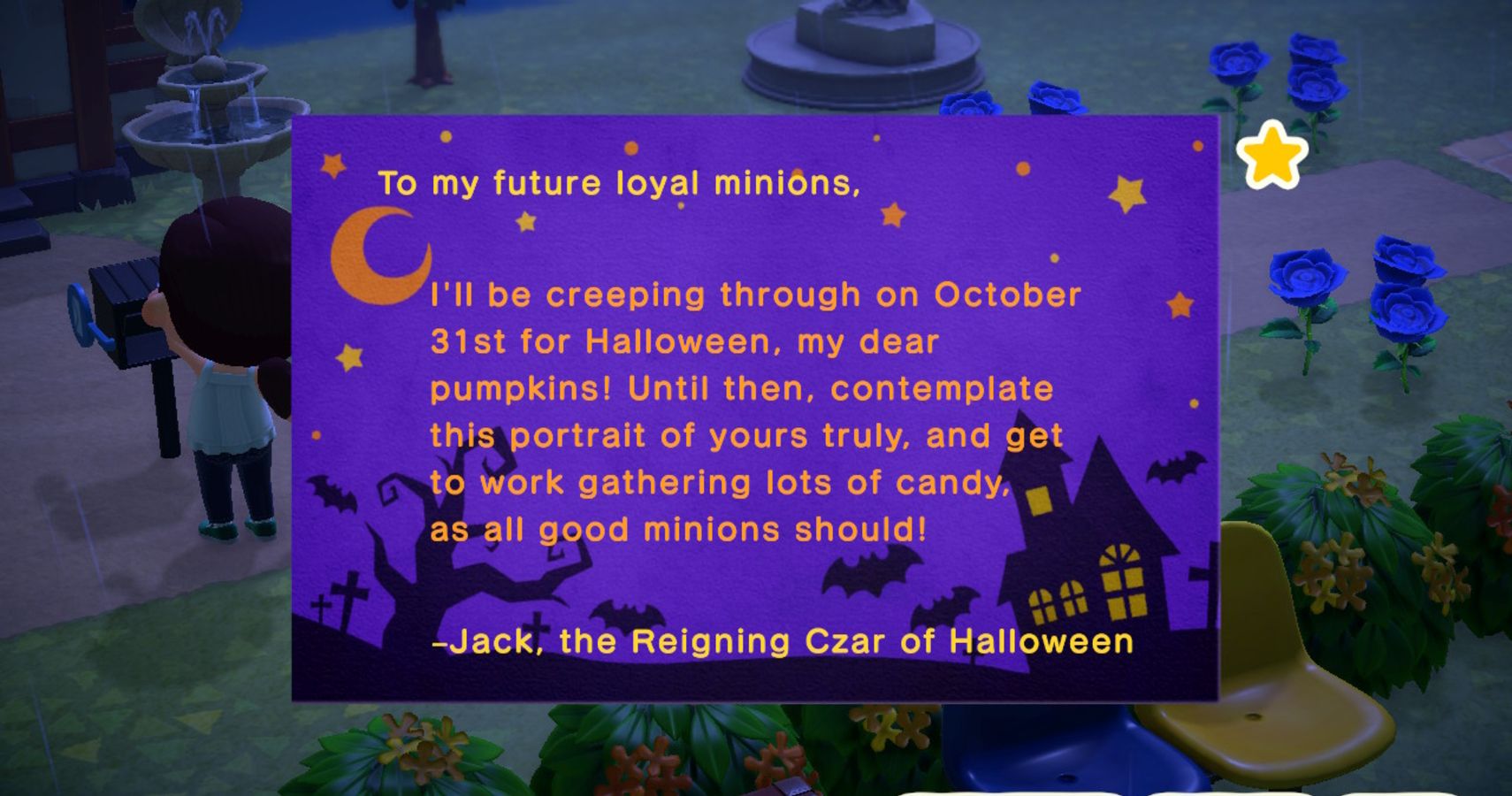 The glow-in-the-dark detailing in Jack’s portrait highlights his mouth and eyes, much like a jack-o-lantern, and more mini faces in the background sport a similar expression. The light fades in and out, adding a spooky vibe to your house’s decor.

Jack’s portrait is a nice addition to the game, not only pairing nicely with the pumpkin-themed furniture introduced this season, but also for utilizing an effect that is similar to the animated wallpapers and flooring also introduced in this installment of the Animal Crossing series. These special furnishings offer the players more customizable options and cool special effects for their house, and having Jack’s portrait be glow-in-the-dark is a great way to implement this.

For players who are afraid of the dark, or just prefer a well-light room, Jack’s portrait still glows even if all the lights in the house are on. This allows the player to still participate in Halloween with their free gift from Jack even if they are not really a fan of the more scary parts of the holiday.

The Halloween update for Animal Crossing: New Horizons is available now for the Nintendo Switch.