You’ve probably heard of Loop Hero at this point, a charmingly retroish roguelike that’s a pain in the arse in the best possible way. Despite borrowing an enormous legion of ragtag bits and bobs from dozens of other games, it feels distinctly fresh and has a concrete sense of identity. I think it’s proof that this genre – the roguelike – is the most exciting one in game development right now.

There are some core tenets to roguelikes, or roguelites if you want to be that person. Permadeath is always there in some shape or form, but there are so many spins on this that it’s as much a freedom as it is a constraint. My favourite implementation of this is definitely Hades, where dying is paradoxically necessary for progression – it unlocks new dialogue with characters and informs the entire shape of the Underworld.

There’s also usually some kind of randomization gimmick. Again, Hades does this exceptionally well with its boon system, although I’m a huge fan of how deckbuilders like Slay the Spire and Monster Train make the process of earning new cards arbitrary – you could start off with a rubbish deck but watch it rapidly metamorphose in real time as you pick up stronger cards and abilities. It gives every single run its own unique story that isn’t necessarily defined by the actual storytelling at play – it’s as much a meta narrative tied to the process of playing as it is a conventional one based on characters inhabiting a fabricated world. 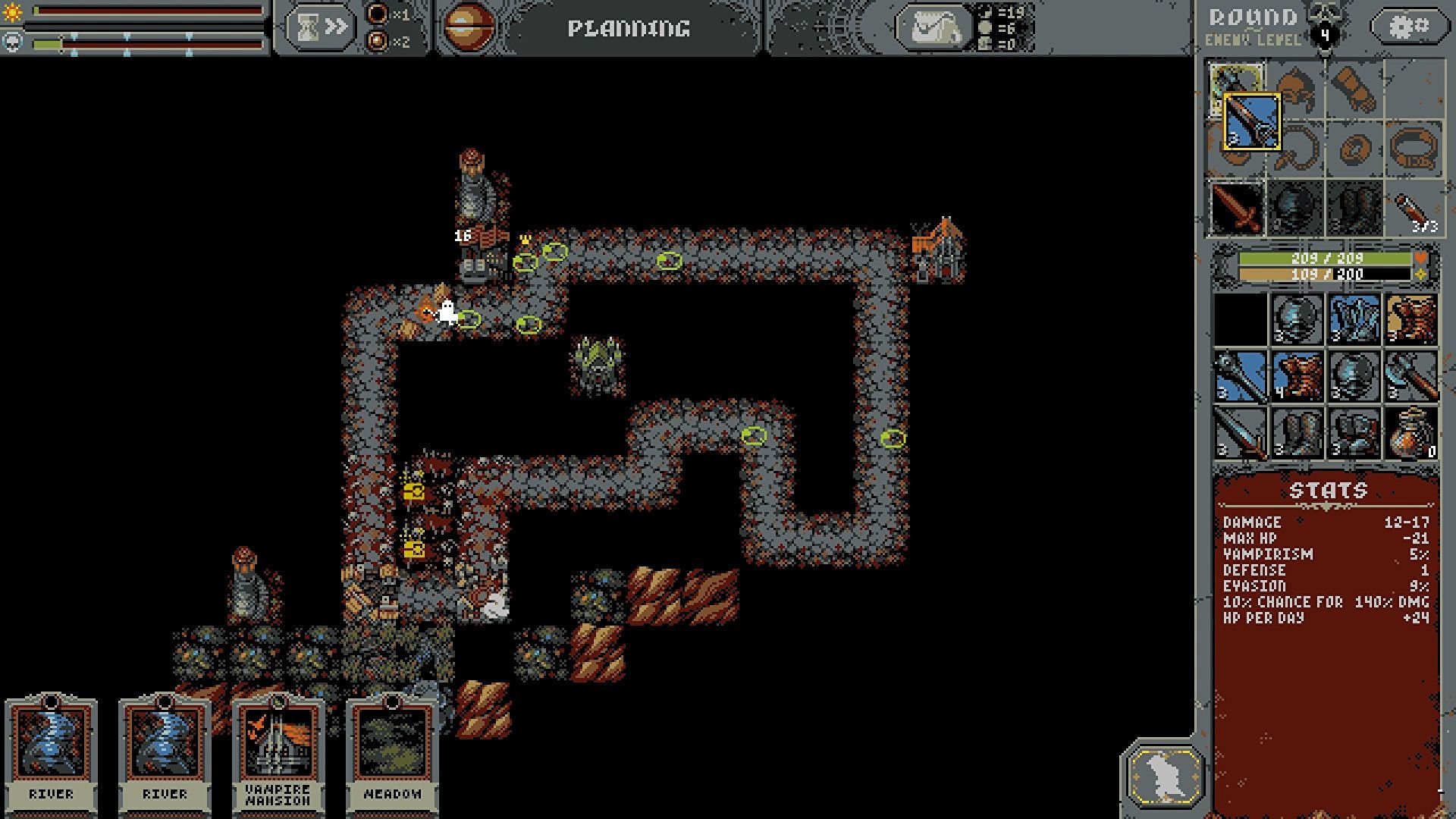 This is what makes these games so uniquely special. I’m a big advocate for the fact that a solid core gameplay loop is the key to a great game – it’s what makes massive titles as vast and varied as Bloodborne and Valheim so unanimously beloved. Even ostensibly linear games with no relation to roguelikes are usually cyclical by design – you repeat the same actions in different scenarios under the impression that something has fundamentally changed, whereas most of said changes are strictly cosmetic.

Ori and the Will of the Wisps is a great example of this. It’s not a roguelike, but it assimilates a variety of extremely airtight mechanics into a suite of skills that can be swapped with one another with near perfect interchangeability depending on your own personal approach. You can dolphin-jump through the surface of a body of water and propel yourself horizontally through coagulated muck like an industrial drill, or hookshot your way across the chasm above with a grappling hook made tangible by some sort of weird spirit energy. It’s gorgeous to look at and Gareth Coker’s suave soundtrack is stunning, but Ori is emphatically gameplay-centric to the extent that its entire world is deceptively built around that one core loop.

And then we have Loop Hero, the roguelike that acknowledges its loop with a far more discernible seriousness. The entire narrative is integrated with the very ostensible fact that it uses a precise gameplay loop to define progression. All games do this – especially roguelikes – but Loop Hero makes it special. It’s a solid game by any conceivable metric, but it’s also a game that’s bound to have an outward influence on all similar but very different games that come after it. I mean, there are traces of a roguelike formula in Pokemon Sword & Shield’s Crown Tundra Dynamax Cave. This kind of structure is regularly being co-opted both visibly and invisibly by some of the most colossal video game series in the world, although to much less effect than titles that specifically choose to devote themselves to it. 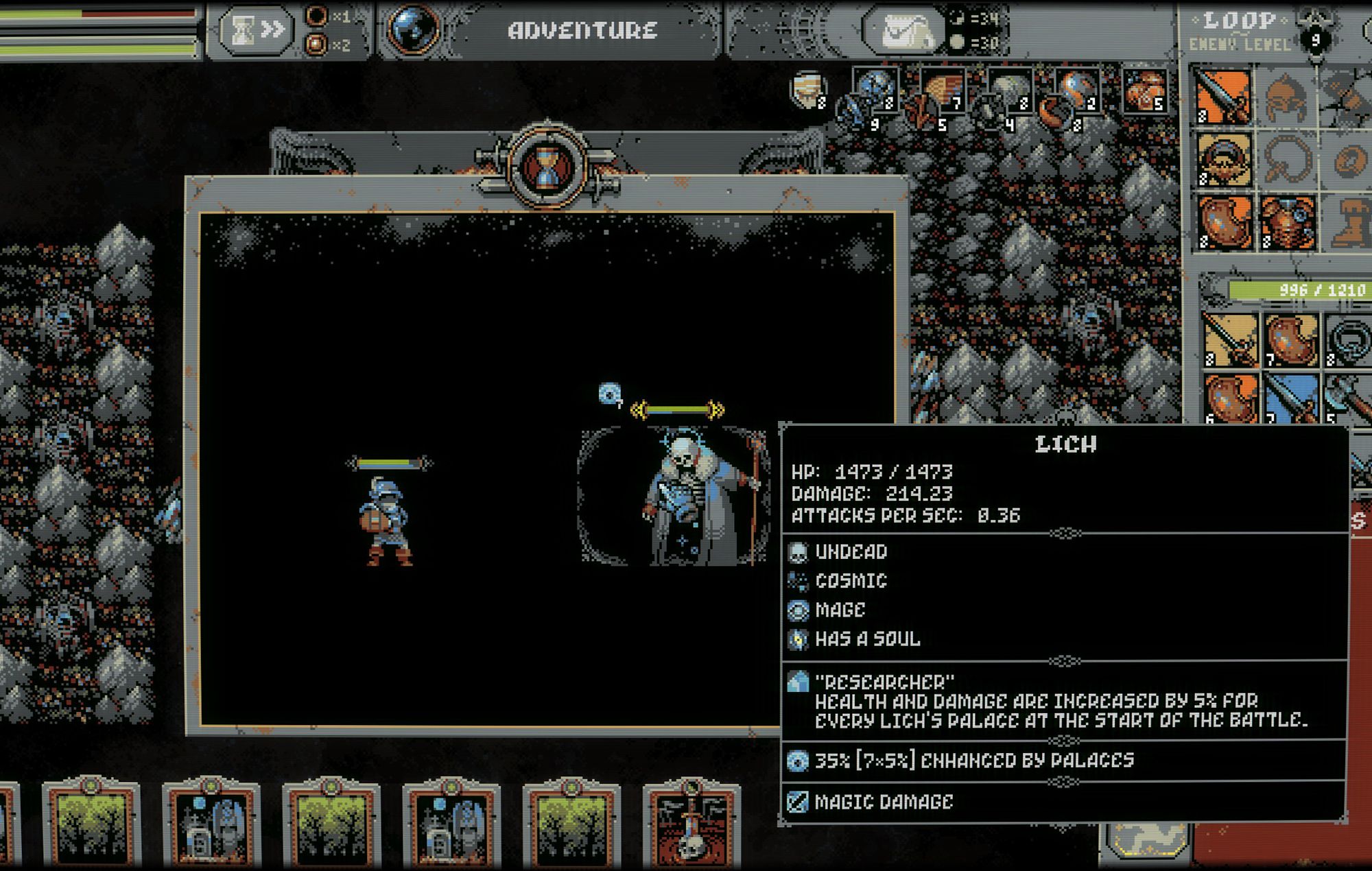 This is because of that same thing I keep banging on about – a solid core gameplay loop. If you can build a world around that, like Hades, Loop Hero, Slay the Spire, Monster Train, or any other popular roguelike, you’ve already won the vast majority of the battle. The tried-and-tested formula is already available for you to consult and iterate on, and millions of people are bound to enjoy what you have to offer once you continue doing what all four of those games did: innovate.

Roguelikes are all tied to that same structure, sure, but they’re also radically different from one another. Loop Hero has tower-defense elements while Hades features real-time action. Monster Train and Slay the Spire are both deckbuilders, and yet their takes on combat are almost diametrically opposed, particularly in terms of stage design. Hades is my favourite of the bunch, although I can’t help thinking that Loop Hero is going to have the most fascinating influence. Sure, more people will play Hades, and bigger publishers will be examining Supergiant’s bottled lightning with their most expensive magnifying glasses. But Loop Hero is the one that devs will look at and say, “You’ve got to be kidding me.” It’s a work of sheer genius, and a testament to the fact that Occam’s Razor is far more real than some people seem to believe. I can’t wait to see the roguelikes that come out this year, next year, and in ten years’ time. I’m sure they will be more than open about their loving allegiance to the principles of design best exemplified by Loop Hero.

Next: Persona 5 Only Gives Its Women Power When It’s Objectifying Them 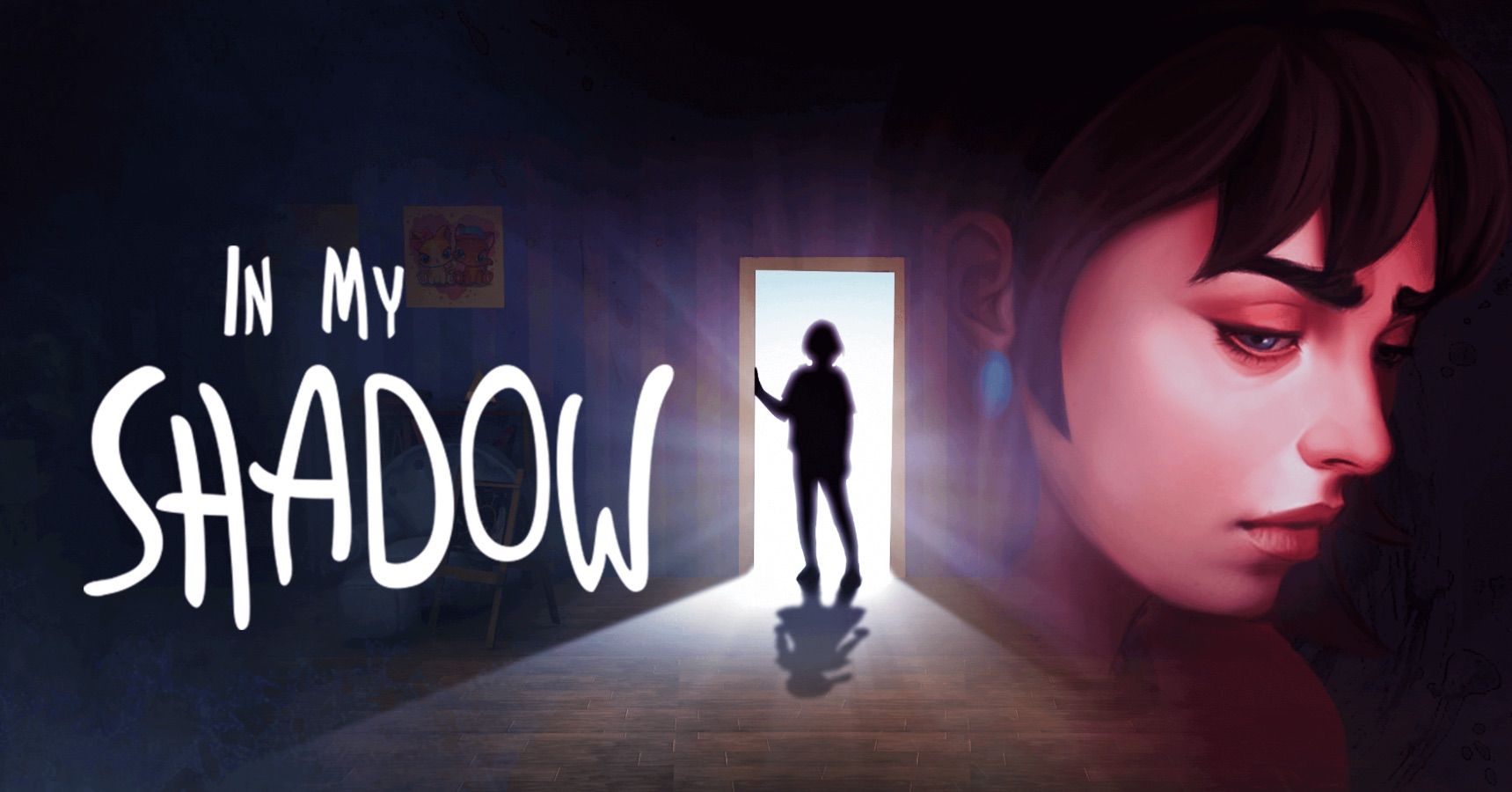 Pokemon Urshifu Guide: How To Evolve Kubfu And Which Evolution Is Better