Video games don’t need to be complicated. Sure, it’s nice to dive into a title with elaborate skill trees, in-depth inventories, difficult enemies with incredible A.I., and a well-crafted, tear-jerking narrative. But sometimes, all we really need is to sit back, relax, and punch a lot of dudes in the face.

And that’s exactly what you’re getting here. One Finger Death Punch 2 is a pure power fantasy that turns the player into an unstoppable, god-like killing machine and delivers a maddeningly addictive experience.

Time To Kill Everyone In A Straight Line! 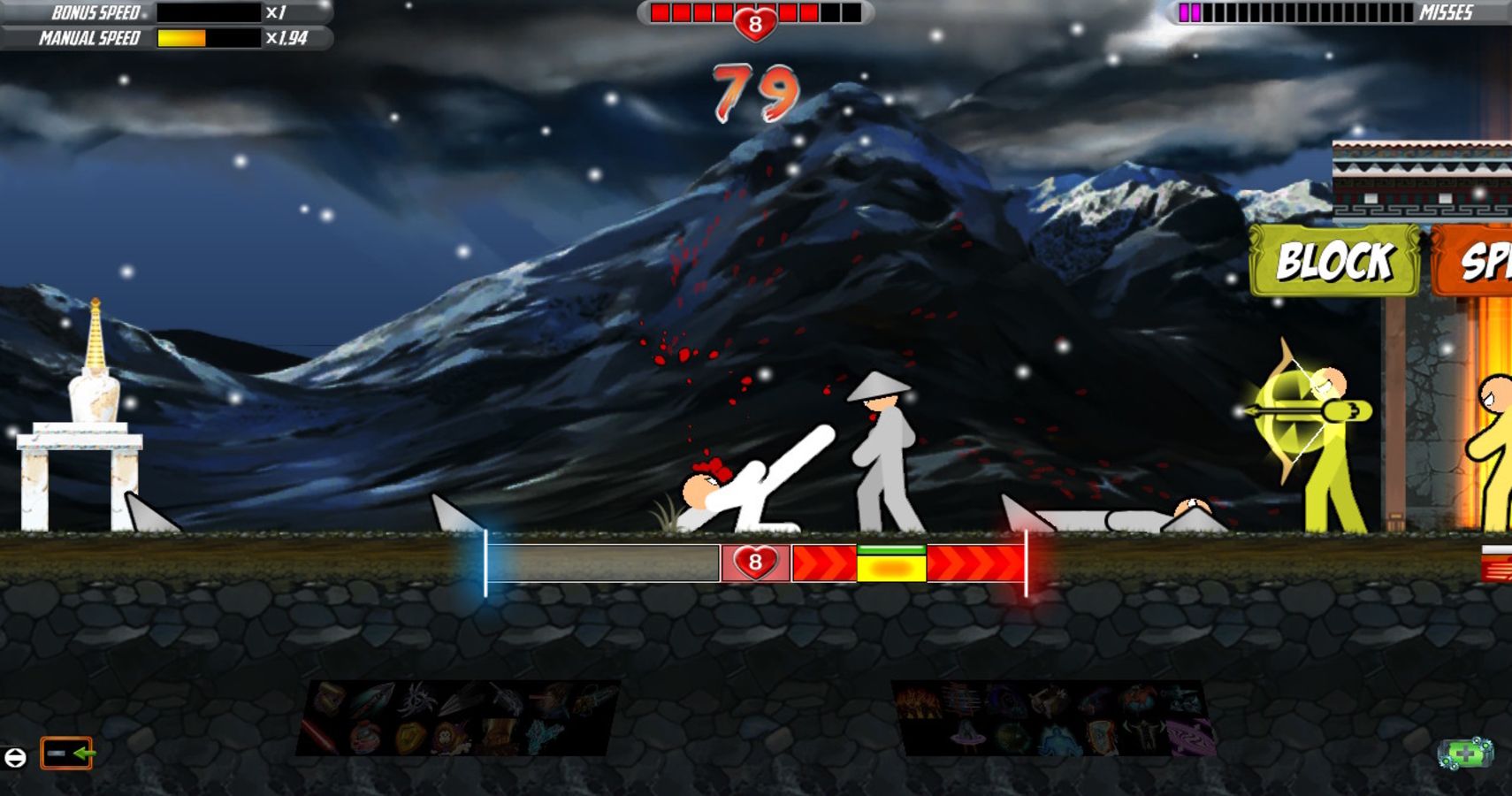 If there’s a story in One Finger Death Punch 2 it’s pretty hard to find. You’re just a rudimentary stick person who’s been trained to be a bloodthirsty kung-fu master. Why are these people trying to kill you? Why are you killing them? Who knows, and who cares? You load into the game, complete the tutorial, and set about trying to complete each of the different massive maps while your master barks at you in a stereotypical, borderline offensive Japanese accent. 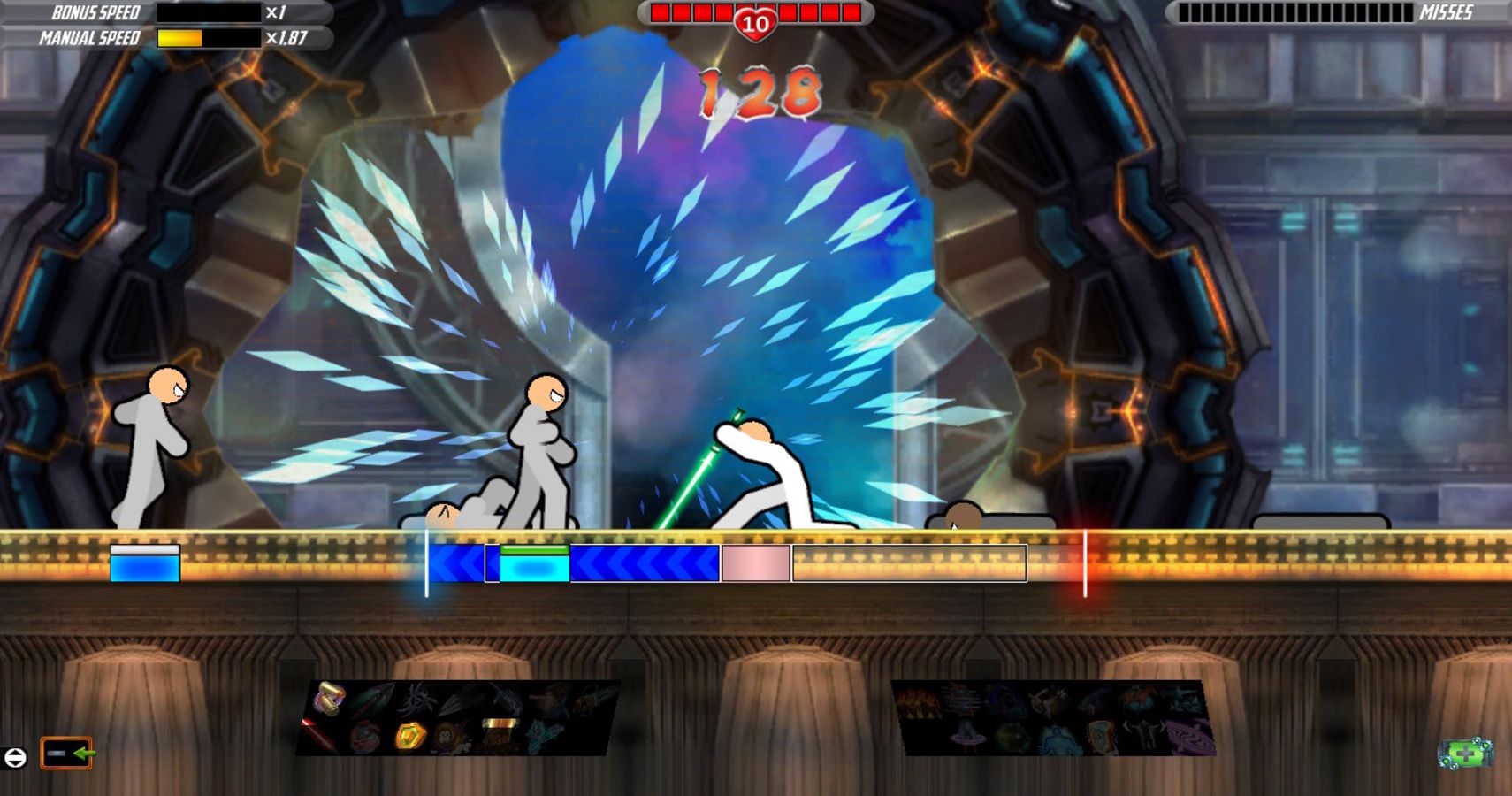 This Switch port runs without a hitch, which shouldn’t come as a shock since One Finger Death Punch 2 isn’t exactly a graphical powerhouse. The game is literally just stick people killing each other with martial arts, although the animations are solid and there are a lot of flashing colors and images racing by in the background. It looks pretty silly, but that’s part of the charm.

If there are any gamers out there who have played the original One Finger Death Punch, they may be disappointed to see that not too much has changed. The gameplay is virtually the same, and aside from some new weapons and occasional bonus rounds – one of which has you killing people on a horse(!) – this is essentially just more death-punching. However, it is bigger, better, and there’s so much goofy content thrown in that it still feels like a worthwhile use of your gaming time. Not to mention the fact that the original game isn’t out on the Switch, so if you wanted to execute gangs upon gangs of stick figure folk, then this the absolute best choice you have.

Guess You Could Say It “Sticks” The Landing 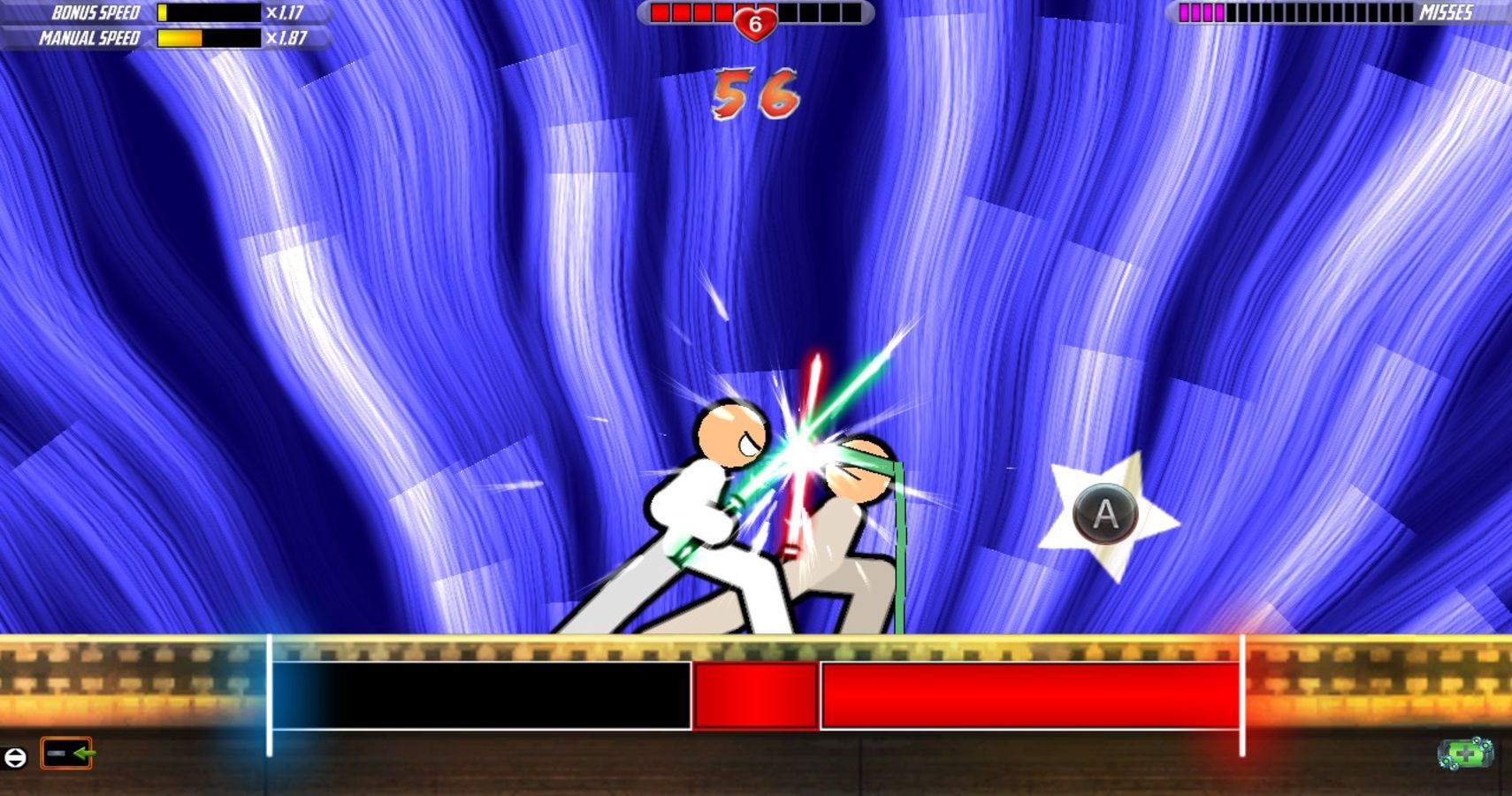 At its core, One Finger Death Punch 2 has the appearance of one of those flash games from the 2000s. It doesn’t look visually impressive and the game mechanics are so basic that it’s hard to fathom how this game could provide more than a few minutes of entertainment. But that’s the big, magical mystery of this game. It takes the idea of being a Bruce Lee-esque destroyer of worlds, strips it down to people made out of lines and circles, and creates an addictive gameplay loop that becomes impossible to put down.

One Finger Death Punch 2 may not be DOOM Eternal when it comes to looks, but it packs just as much as badassery in a much smaller package.

Tony Hawk On The Past And Future Of Pro Skater

Coronavirus: the best free-to-play games to play during self-isolation