I want to preface this review of Tom Clancy's Rainbow Six Extraction by telling you all that I played two zombie co-op shooters this week, and Extraction is by far the better game. I’m sorry, The Anacrusis. Your retro 60s aesthetic can’t compete with the Siege engine and some pretty lens flare. It’s not fair to compare the two games, really, but that’s the business we’re in. Both are on Game Pass, and if you’re having a shit January, you might as well play them, because it can’t really get any worse, can it?

Ubisoft’s take on the old genre is the latest in a wave of games trying to reimagine the magic of the zombie shooter. I’m picturing the Ubisoft boardroom (don’t try this yourself, it’s ugly in there) and I can see the pitch meeting for Rainbow Six Extraction. It has the perfect formula: tried and tested IP, microtransactions, and, this is the good bit, aliens. “These aliens, we’ll call them Archeans, and they’re like parasites. Sick? Yeah. Sick. Rad.” Despite jumping into things with pretty low expectations – I’ve been burned by Ubisoft many times before – Extraction surprised me. There’s something here. A little alien morsel. A shimmering original idea. I know. I’m shocked, too. Like a kid sticking bits of pasta and felt onto a birthday card, Extraction is a gift in the growing pile of generic co-op shooters, but it’s still far from perfect.

Rainbow Six Extraction reintroduces Siege operators and a timeworn plot – there are aliens, and they want to kill everything on earth. I will be surprised if a grizzled veteran doesn’t try and fly a spaceship into an approaching extraterrestrial threat at some point. There’s a lot of shiny cutscenes talking about alien tech and a few cheesy interactions between the operators too. I don’t have to remind you that this is Ubisoft, the studio that brought us the diabolical dialogue in Riders Republic – “Give it some beans!” The campaign consists of a series of chapters that can be played with up to three players – yes, alright, that’s a weird number and Apex already did that, and chapters in a zombie shooter have been done time and time again.

Your operators can get wounded in between runs which means you’ll need to wait before you can play with them again – alright, that’s hardly an innovation. There are SMGs and shotguns and smoke grenades. Alien nests you destroy by sticking a big knife in them. There are also weird shambling aliens that dissolve into spectral dust when you shoot ‘em. Oh, of course! How could I forget the cosmetics store, wonderfully present even in our review build? 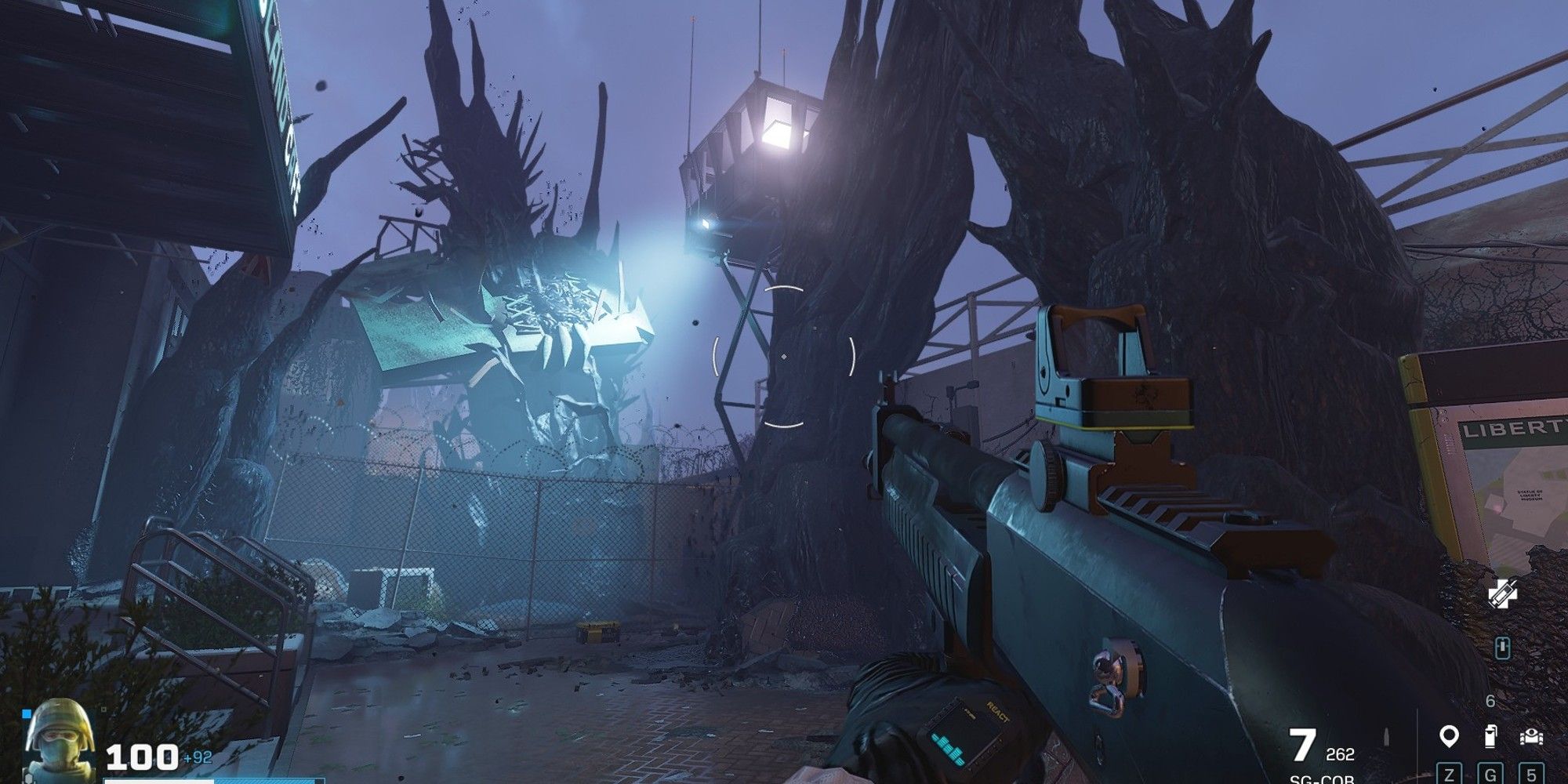 Save your yawns, these are not the original ideas I was talking about, clearly. Extraction comes together when taken as a whole. Its fusion of unoriginal ideas creates something that feels fresh, at least for a few hours. It turns out the Siege engine is pretty good. This thing is years old and still puts Battlefield 2042 to shame. To be fair, most games do. Your character’s movement is sluggish, but that adds to the suspense of peeking around corners and blasting holes in the wall to search for the next pulsating alien nest. The guns feel punchy and a lot better than anything in Back 4 Blood or The Anacrusis.

It also looks pretty damn good. I played on a mid-range PC and cruised through with max frames on ultra settings. This is what you get when you’ve spent several years refining your engine. It’s pretty flawless, even if the zombies are a little glitchy and weird and uncanny – this just adds to the sense of pervasive unease as you slowly Rainbow 6 your way through each chapter. Look, it’s not going to win awards, but it does its job dressed respectably and is very unlikely to quit halfway through a busy Saturday morning shift. We’ve all been there. 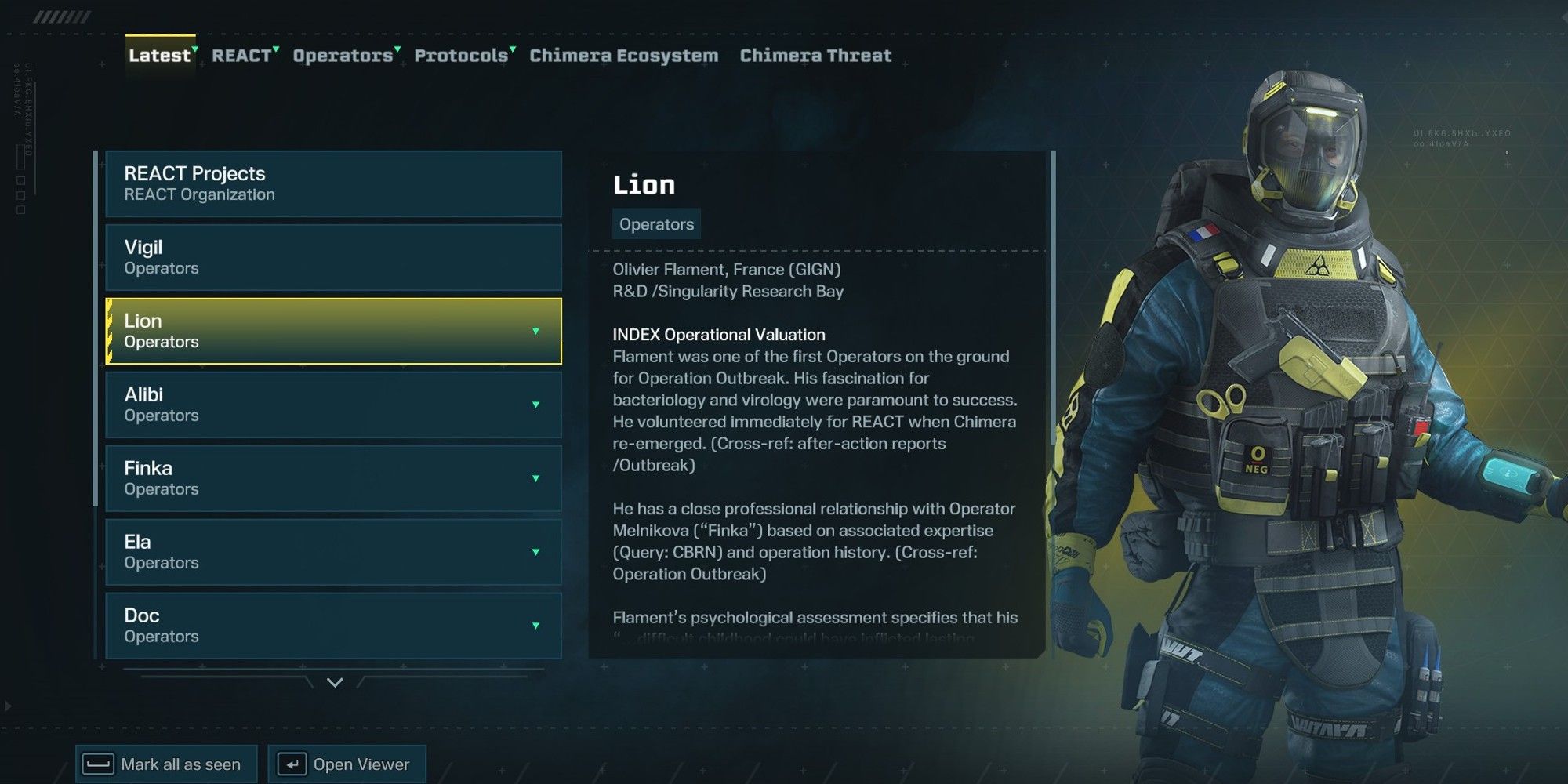 Extraction is also better when played with friends. The Operators do interact with each other – you have medics and shields, etc. etc. the sort of stuff you’ve seen before in Siege. All of this feels a bit unnecessary on the lower difficulty, but when you kick it up a notch the game gets surprisingly difficult. Like, not challenging in a fun way, but in a sort of, “That’s a lot of alien zombies – guess I’m dead” way. Just like Siege, sometimes you’ll die without even really knowing how, though it’s usually because an alien has fallen from the ceiling and one-shots you.

Is the game worth your time? Yeah, it’s worth a go, it’s on Game Pass, innit? This is where I can see Rainbow Six Extraction shine. Very dimly. If the game poses a genuine challenge and a progression system that feels rewarding over the long term, there’s no reason why this polished experience can’t retain at least a few players across the coming months. It’s not easy being a video game in 2022: you’ve got some real big hitters on the way, and if you’re not hitting hard then you’re just going to get knocked out, pretty little Siege engine and all. You alright there, Extraction? You’re looking a little woozy.

A PC review code was provided for this review.

The Rugged Queerness Of Tell Me Why’s Lake Scene

Pokemon GO Halloween 2020 Event Details, What You Need To Know To Catch 'Em All