The world before me is awash with bright neon splashes, black and monstrous reds infecting the land all around. I skate from one side of the world to the other, eliminating these insidious invaders as I bring peace to the scene once more. I don’t always understand what’s going on, but I know nothing this year plays quite like Solar Ash.

Solar Ash’s basic gameplay loop is very simple. In each level, you activate a beacon, then scan to find the source of any interference. Across early levels, there are just three sources, this number rising as the game goes on, but Solar Ash is a lot more about the journey than the destination. To describe what you do in Solar Ash misses the point a bit – the game is well aware that its tasks are simple, but the traversal and overall experience are what carries it through.

For the most part, this traversal is excellent. The world is gorgeously understated yet bursting with colour, and it allows you to adventure through it freely. While the location of each interference is marked, they are often located at the top of a tower or somewhere similar, leaving you to search around for the best route. Climbing, jumping, and grinding all offer a variety of ways to see the world, as do the two running options – measured and constant or short, sharp bursts – to keep you experimenting. 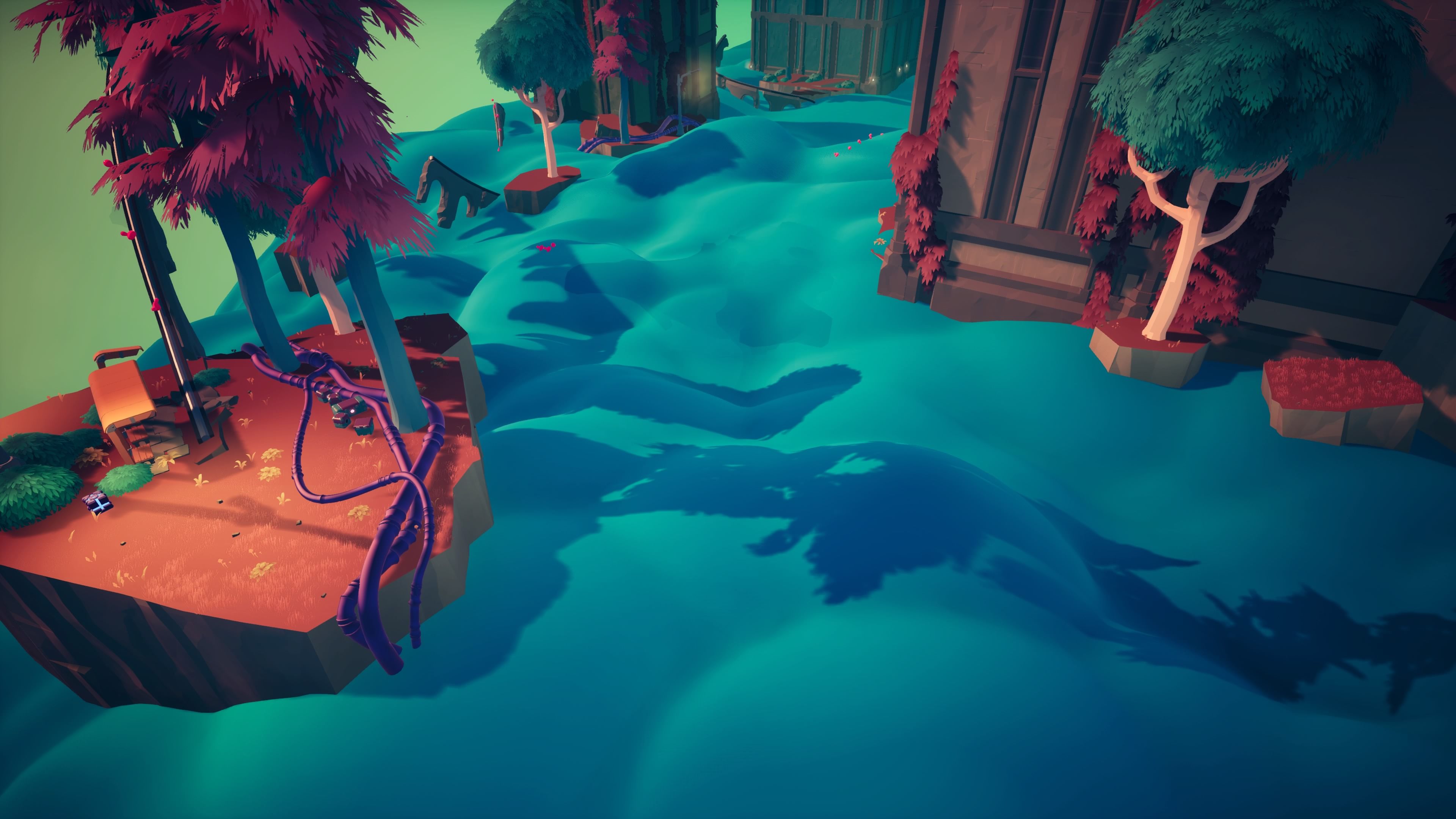 The game overplays its hand with this at times, however. One section has you running around in the dark, lighting up torches and connecting coloured nodes to make your way through. A different part has the grinding rails electrified, asking you to backtrack to deactivate the current. In both of these cases, this happens before you even start hunting for the interference, so it feels like even more of a chore – this is the part where everything is linear, so the extra obstacles can’t be out-thought, they just need to be beaten, and frankly that’s a little boring.

There are other issues with the traversal too. Once you clear the interference, you have a boss battle to deal with. This isn’t a traditional encounter, but instead involves you climbing up a black goo leviathan and hitting its weak spots in a timed order to cause damage. You need to do this three times to slay a boss, and the third time around, parts of its body will become toxic and touching them will reset the encounter to the beginning of the phase.

Considering the game is all about smooth movements and slick traversal, it’s extremely irritating how clunky these battles are. You can be flung off a creature’s back, slip off into a toxic patch, or just have a wayward fin crash into you without warning. When it comes to the interference puzzles, they feel smart, layered, and challenging. The boss battles, despite the wonderful spectacle they exhibit, just feel cheap. 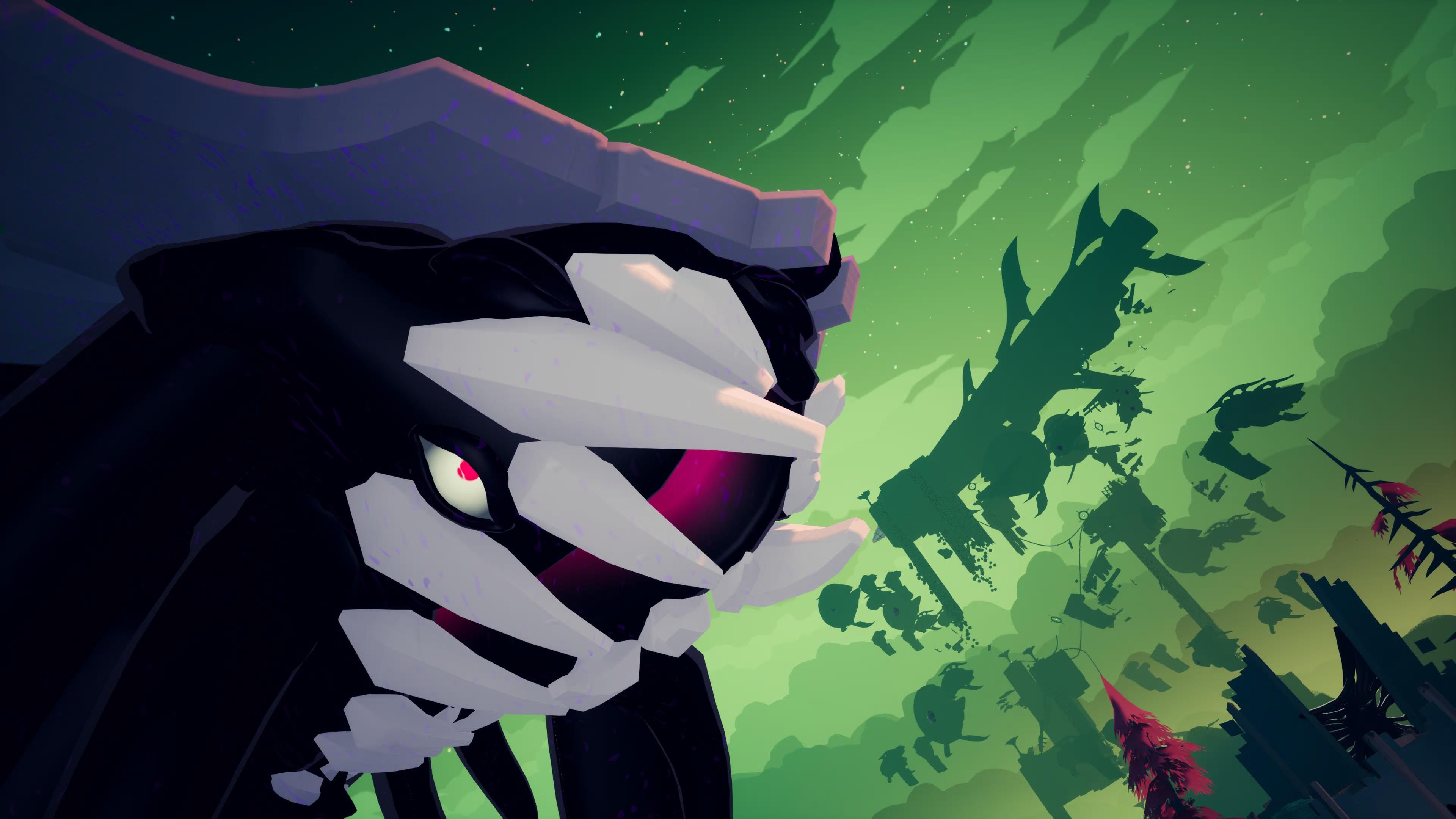 This should not take away from the raw vibes of Solar Ash, however. In fact, part of the reason the obstacles at the start of each level and the irritating bosses at the end stand out so much is because of how smooth everything in between is. The art design does a fabulous job of keeping consistent motifs – the black ooze, the red eyes, the bubblegum blue ocean – while adding flourishes to each new locale to help them feel fresh and distinct.

I haven’t spoken much about the story, but that’s because I’m not especially sure what’s going on. Every boss you defeat lights up a section of a tower, with this eventually building to the final encounter, but things are deliberately left open to interpretation. Your quest, spoken of in grand, purposefully vague terms, goes wrong at the start, leaving you trapped in a time loop zone trying to break out. All I know is every time you defeat a boss you wind up in the palm of a giant, ethereal goddess who berates you and then crushes you to dust, and like, mommy? Sorry. Mommy? Sorry. Mommy? 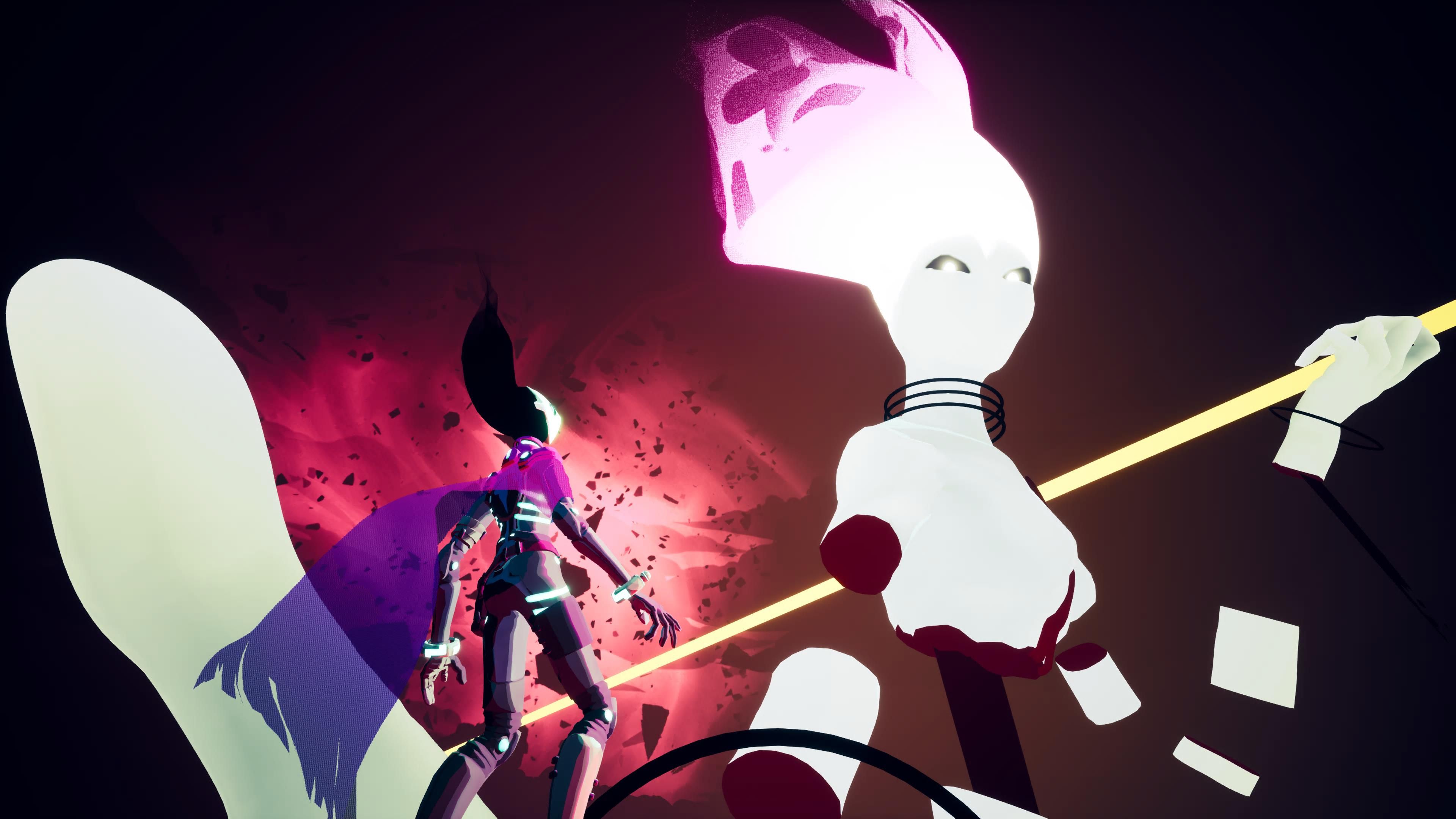 There’s some intriguing environmental storytelling to be found off the beaten path, but with no way to see where this might be beyond checking how many logs per level are currently undiscovered, it takes significant work to see them all. Even then, the game keeps things close to its chest. The open-ended narrative is a plus, not a con – but be aware that you’re going to be writing your own tale most of the time.

Solar Ash is a brilliant idea for a game ever so slightly let down by its execution. It’s a unique experience and a visual spectacle, but that can’t hide the fact it asks you to solve puzzles and fight bosses, then repeat steps one through two like most video games out there. With the boss fights a bit of a slog beneath their interesting designs, that means the gameplay loop gets old faster than it should. Still, there isn’t a game out there like it, and that means it’s worth overlooking the imperfections.

Paper Mario: The Origami King Review – Just Above The Fold

VALORANT vs CS:GO: An Early Comparison

Van Richten’s Guide to Ravenloft is the biggest, best D&D book of this generation

No, The PS5 Release Date Is Not October