After years and years of anticipation, Spelunky 2 has finally released and somehow managed to meet most, if not all, the high expectations placed on the sequel to one of the greatest roguelike platformers of all time. Just like its predecessor, Spelunky 2 asks a lot from the player. You’ll need platforming skills, sure, but also a high attention to detail, patience, and sharp decision-making abilities to conquer each procedurally-generated run. If you’re new to the Spelunky games, or want to brush up on your skills, this beginner’s guide will help you get over the initial difficulty spike.

There are a lot of basic elements that need to be understood or learned before you can even think of finishing a run of Spelunky 2. Once you get a grip on the basics, you can begin to optimize and experiment more to discover how different elements can interact in meaningful ways. There almost no progression carried over between runs outside of your own knowledge and skills, so how far you make it is completely dependent on your own abilities. 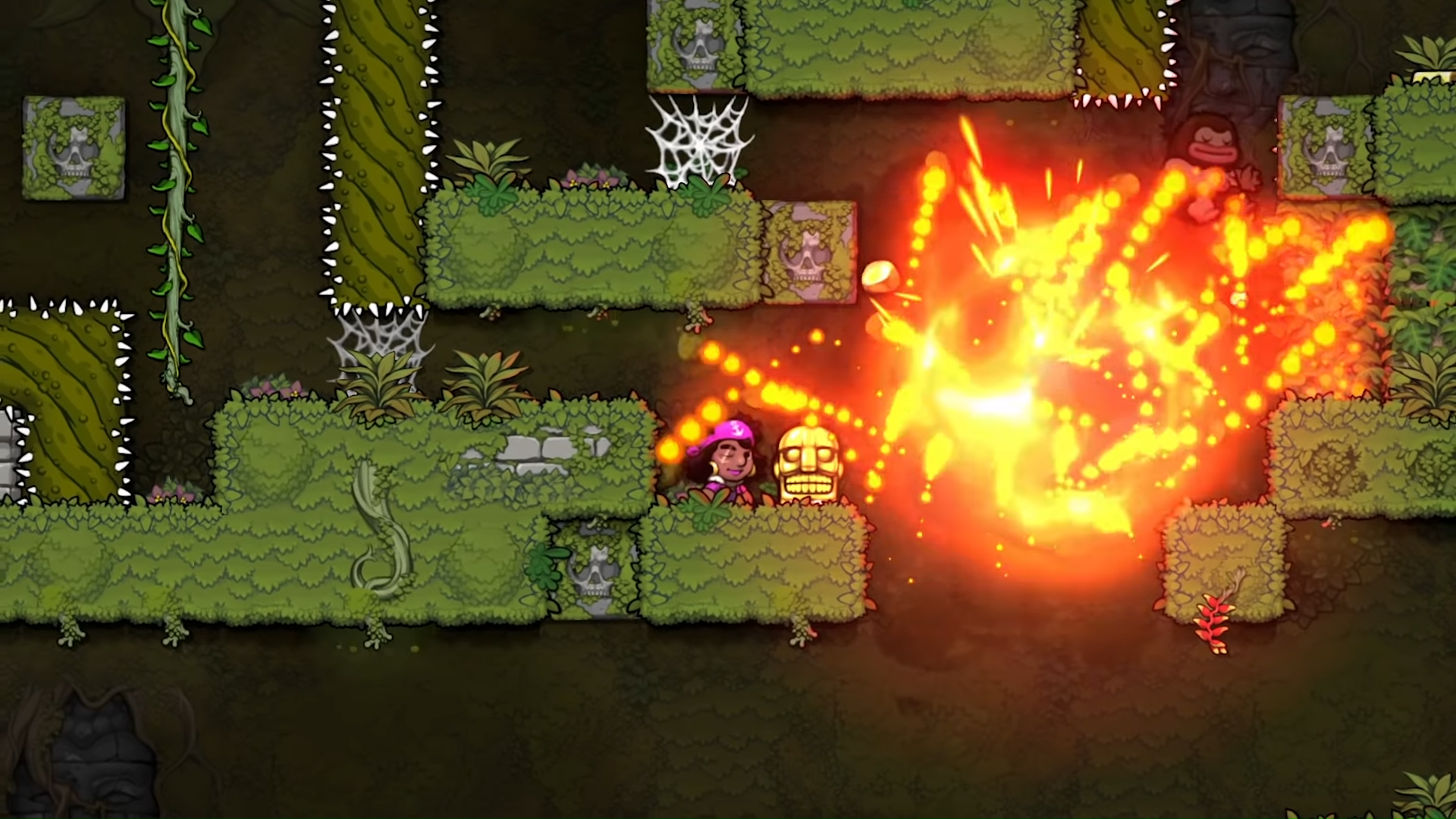 The bread and butter of Spelunky 2 are the bombs and ropes. You will begin every run with four of each, but they shouldn’t be used whenever the mood strikes you. Yes, you can find them randomly in a run, and purchase more from shops, but you’ll want to reserve your cash for better items.

Bombs are your answer to blasting your way through the environment and enemies, either to create shortcuts, pathways to treasure, or make pathways safer. You should hold back on using them on any enemy you could deal with otherwise, again for conservation reasons, but also be careful not to use them too close to yourself or a pet. Explosions don’t discriminate between friend and foe.

Ropes are shot upward to create a pathway or make an otherwise impossible jump doable. These can save your skin if you ever accidentally get caught in a dead end or pit, or if you need to make your way down a distance that would otherwise be a fatal drop. Just remember that ropes do take time to fully deploy, so you can’t just jump off a cliff and throw up a rope to save yourself.

A useful trick to note with ropes is that you can double the length of a rope by shooting a second rope in the same place as an existing one.

Rocks, pots, arrows, even enemy bodies are all able to be picked up in Spelunky 2 and absolutely should be. Not only are they useful as free projectiles against enemies, but can block attacks and even be used to set off traps. Just be careful when picking up enemies you have hit with your whip. If they have cartoon stars swirling above their heads then they’re only stunned and will eventually wake up. If you’re holding them when this happens you’ll take a hit and have to knock them out again.

Another word of caution concerns vases. Sometimes an enemy will be hiding inside them, but they won’t ambush you while holding it at least. Just be careful when throwing one in case something dangerous is inside. 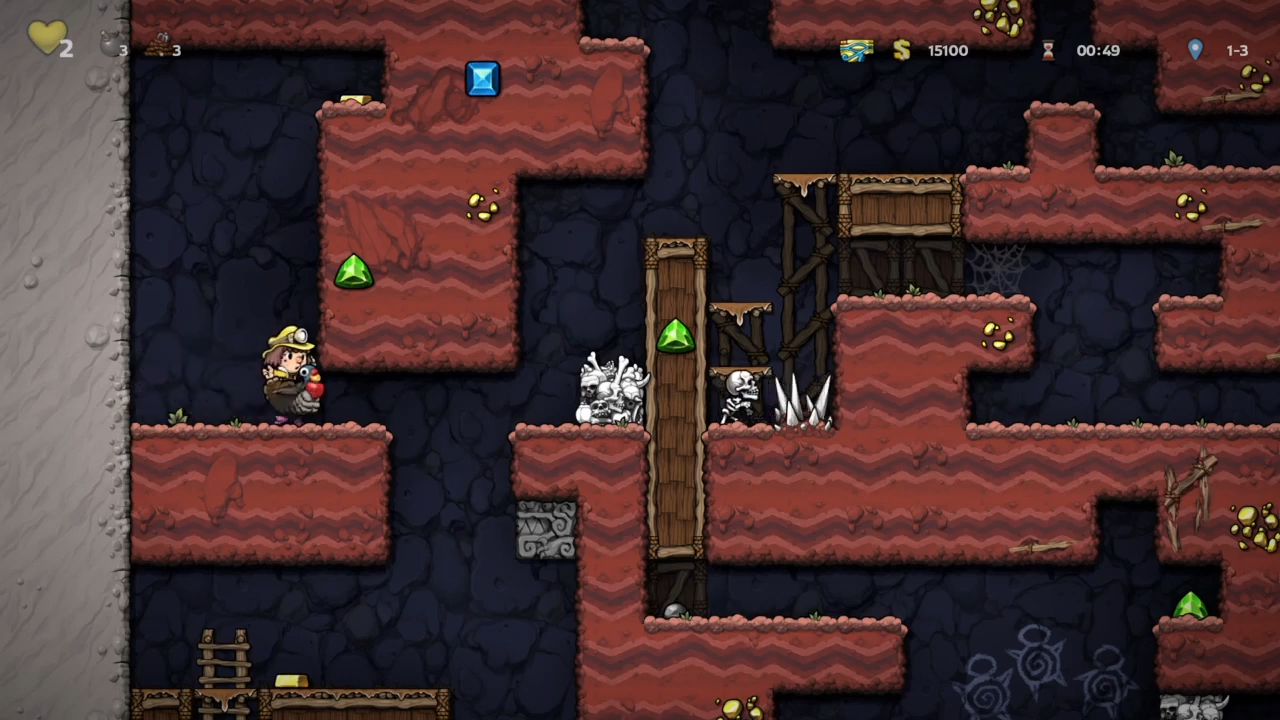 A new addition to Spelunky 2 are mounts you can ride for some extra mobility and to take a free hit. Turkeys are one of these mountable animals, but you’ll need to tame it first. To tame a turkey you need to jump on top of one and remain on top of it as it runs around the level out of your control. This can be very dangerous depending on the layout, but once the turkey has tired itself out you will have full control over it.

While riding a turkey, you can prevent fall damage by holding the jump button to slow your descent. Turkeys can also be used for a healing item in a pinch if you, or an enemy, kills it. But, try not to hurt any turkeys if you can avoid it since a certain NPC will attack you if you kill or hurt any of the turkeys in their pen. 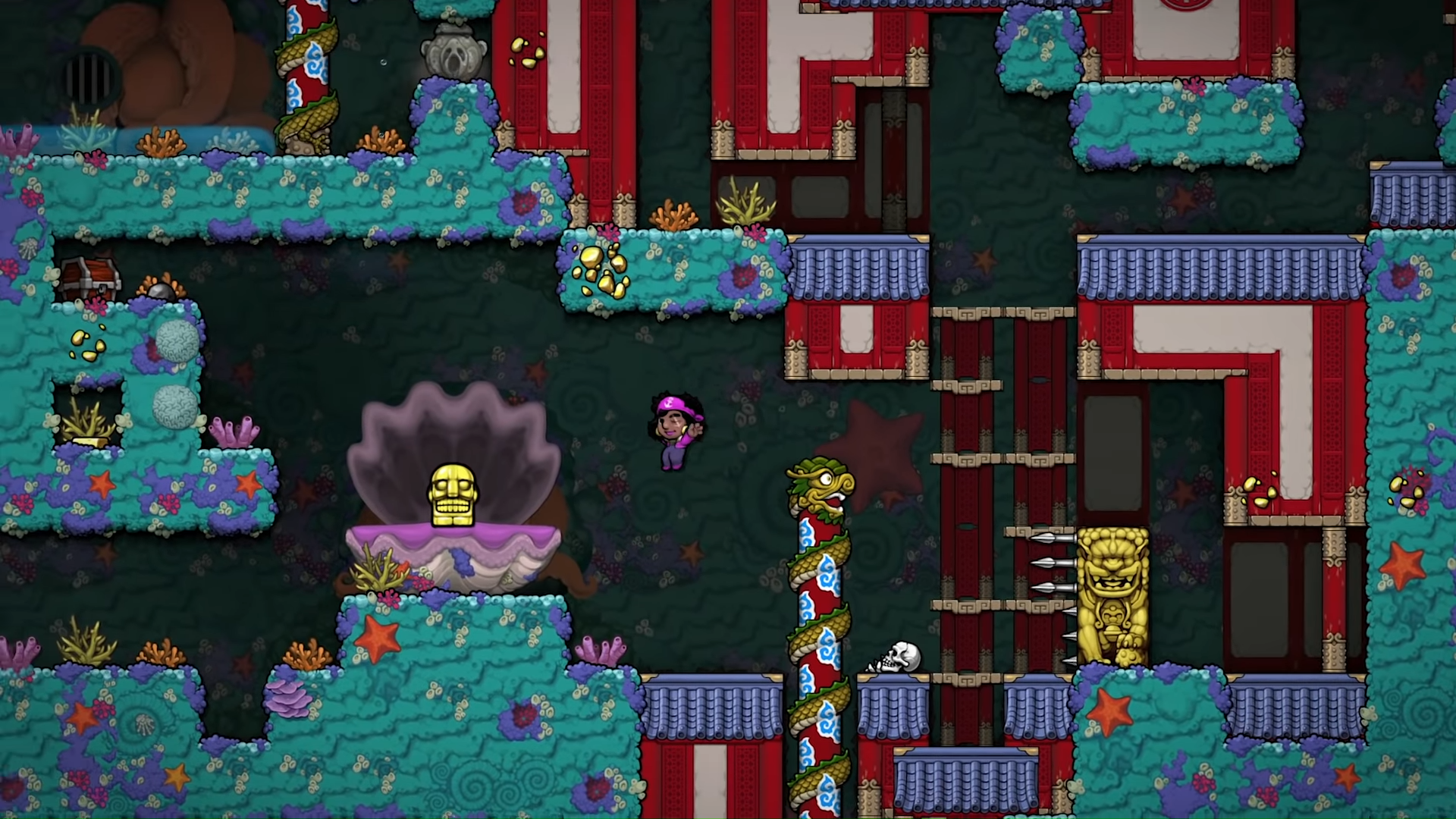 Especially on your first few runs, or when you reach a new zone, you’ll want to take things slow. Traps can trigger from basically every direction, enemies might be waiting in ambush, and one bad jump could cause a cascade of events that lead to your death. Take advantage of moments when you can take in the surroundings, especially when about to jump or descend. Get into the habit of holding down on a ledge to pan the camera down a bit to see what dangers await you.

At the same time, you can’t take things too slowly. Each level puts you on a three minute timer before a giant ghost will spawn and hunt you down. If will instantly kill you if it makes contact, and will ignore the environment to reach you, so don’t accidentally trap yourself in a dead end.

Be Careful In Shops 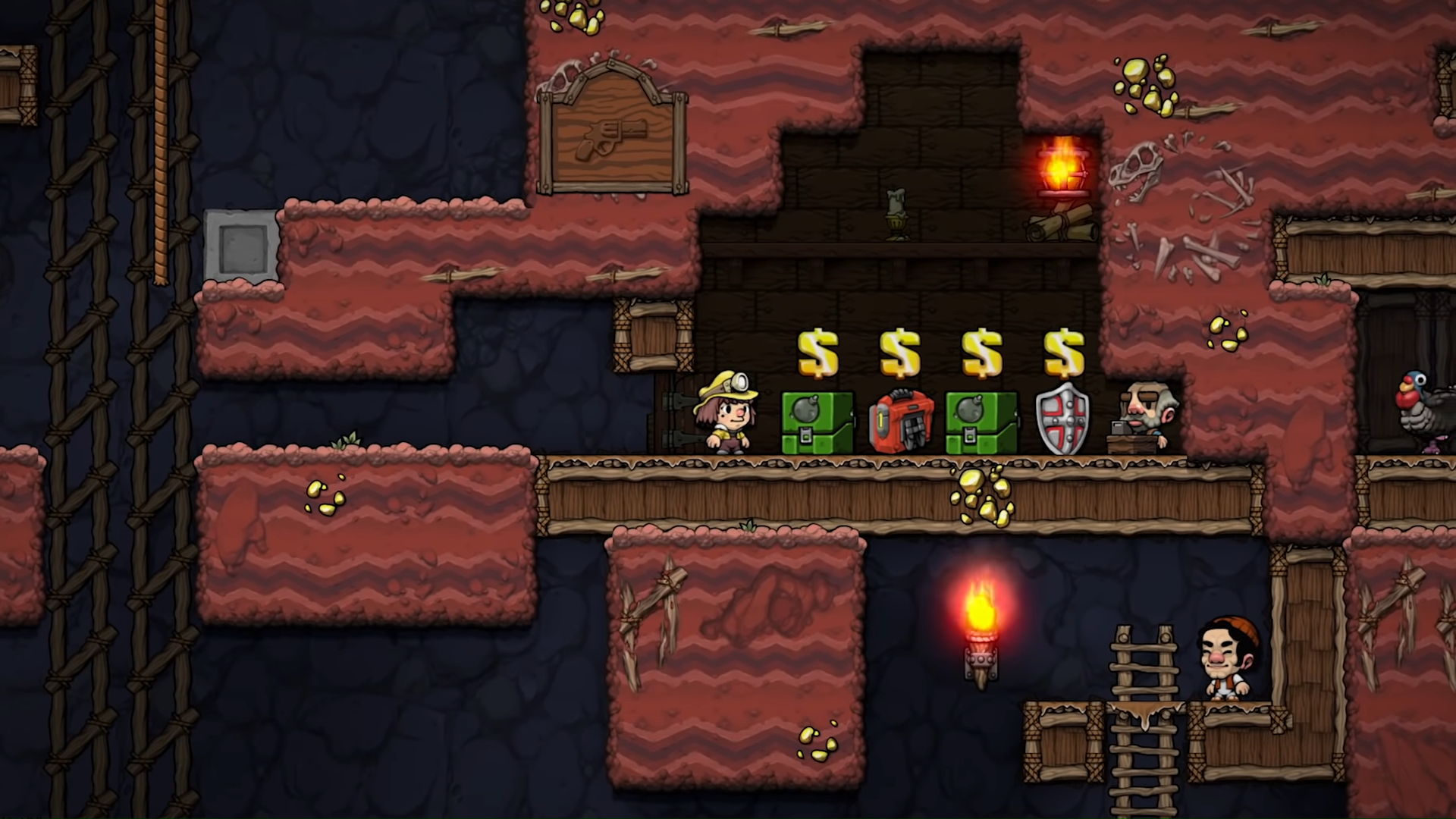 Shops are great, and can save a run if they have the right items, but the shopkeeper is not someone you want to annoy. If you attack him or attempt to steal from his shop, he will attack you relentlessly. He’s fast and deadly, so make sure you have a plan if you want to take him out.

If you played the first game you’ll be glad to know that if the shopkeeper gets damaged by something other than you, he won’t instantly blame you and become aggro.

These are just some basic tips to get you started, but odds are you’ll still be learning new strategies and tricks dozens and hundreds of hours into this game.

Destiny 2's Seasons Will Change In Year Four–Here's How