Super Mario Sunshine isn’t a good game. I apologise to the nostalgia I’ve just hurled into a bonfire and the childhoods I’ve ruined by declaring such an obvious fact, but it’s an obtusely designed, inconsistent, and frustrating chapter in the plumber’s legacy, and one I despise and admire in almost equal measure.

After Super Mario 64 redefined games forever with its innovative approach to 3D platforming level design, Nintendo decided to turn this success on its head with a sequel that built upon everything it managed to achieve while simultaneously chucking its greatest achievements into a fire alongside your smouldering nostalgia.

Even as a kid, it was a game I grew continually frustrated with thanks to a litany of unusual design decisions and a tonal atmosphere that Mario would never revisit again. With the exception of Mario, all of the characters talk and interact with one another like it’s the real world, treating Isle Delfino as a holiday resort with its own laws and culture you will inevitably sully as part of the game’s campaign. 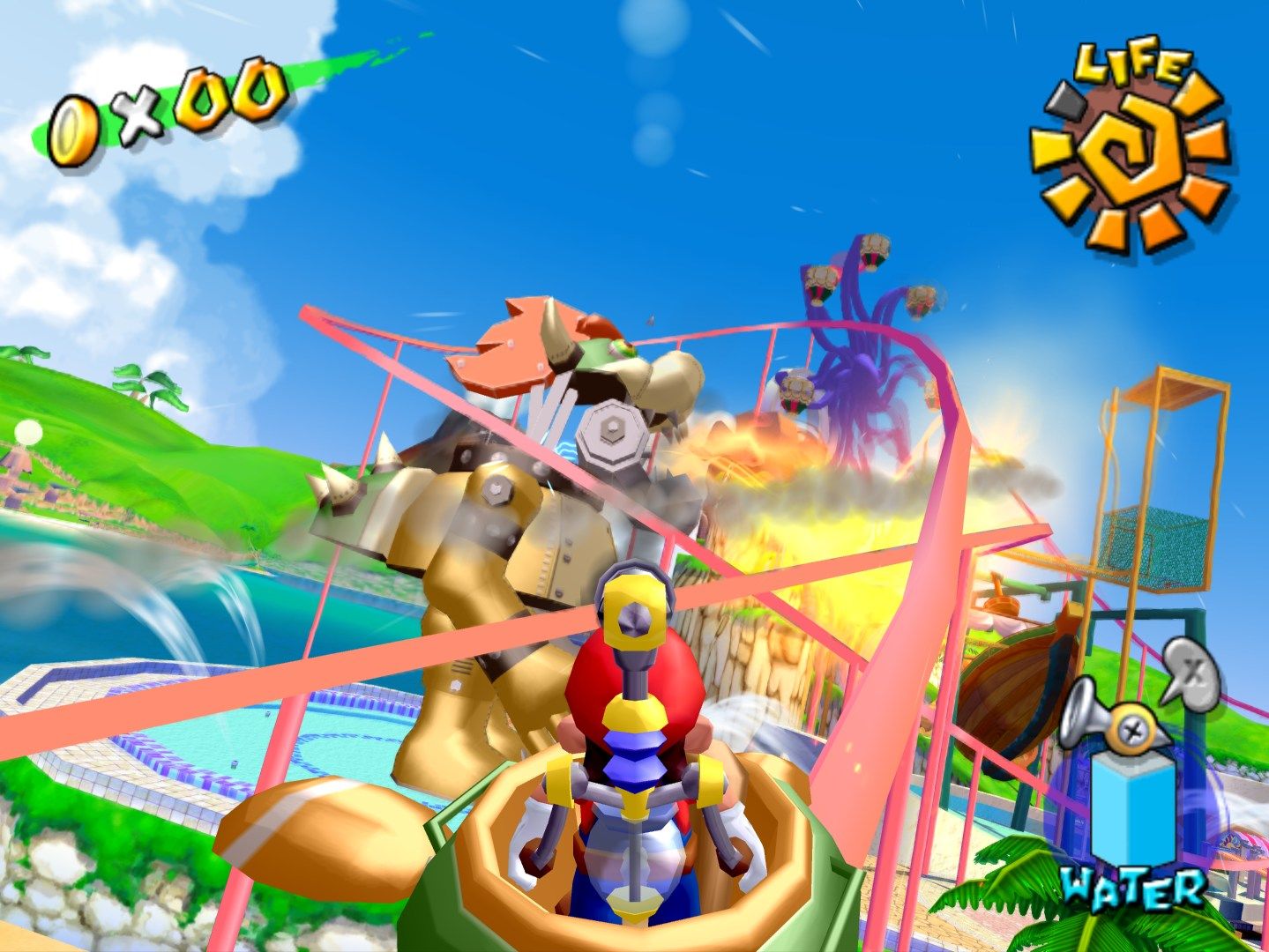 I’m not just spouting out this take for no good reason, I spent a chunk of the festive break with Super Mario Sunshine on Nintendo Switch and even a generous remaster couldn’t protect this game from its own mediocrity. I suppose we should start with FLUDD, the talking water cannon who spends the majority of the game situated upon Mario’s back. He’s a device who wishes to work alongside Mario to save Isle Delfino, offering a strangely bleak monologue to the beleaguered plumber as you’re both thrown into jail.

He’s a great character in theory, but in practice the water machine is so frustrating. Mario uses him to clean up graffiti, blast himself into the air like he’s wearing a jetpack, and take on all manner of attachments to jump atop platforms and solve puzzles. In his own dedicated game, FLUDD would have been fantastic, but he’s combined with traditional platforming in a way that always feels like an obstacle to Sunshine’s potential greatness. 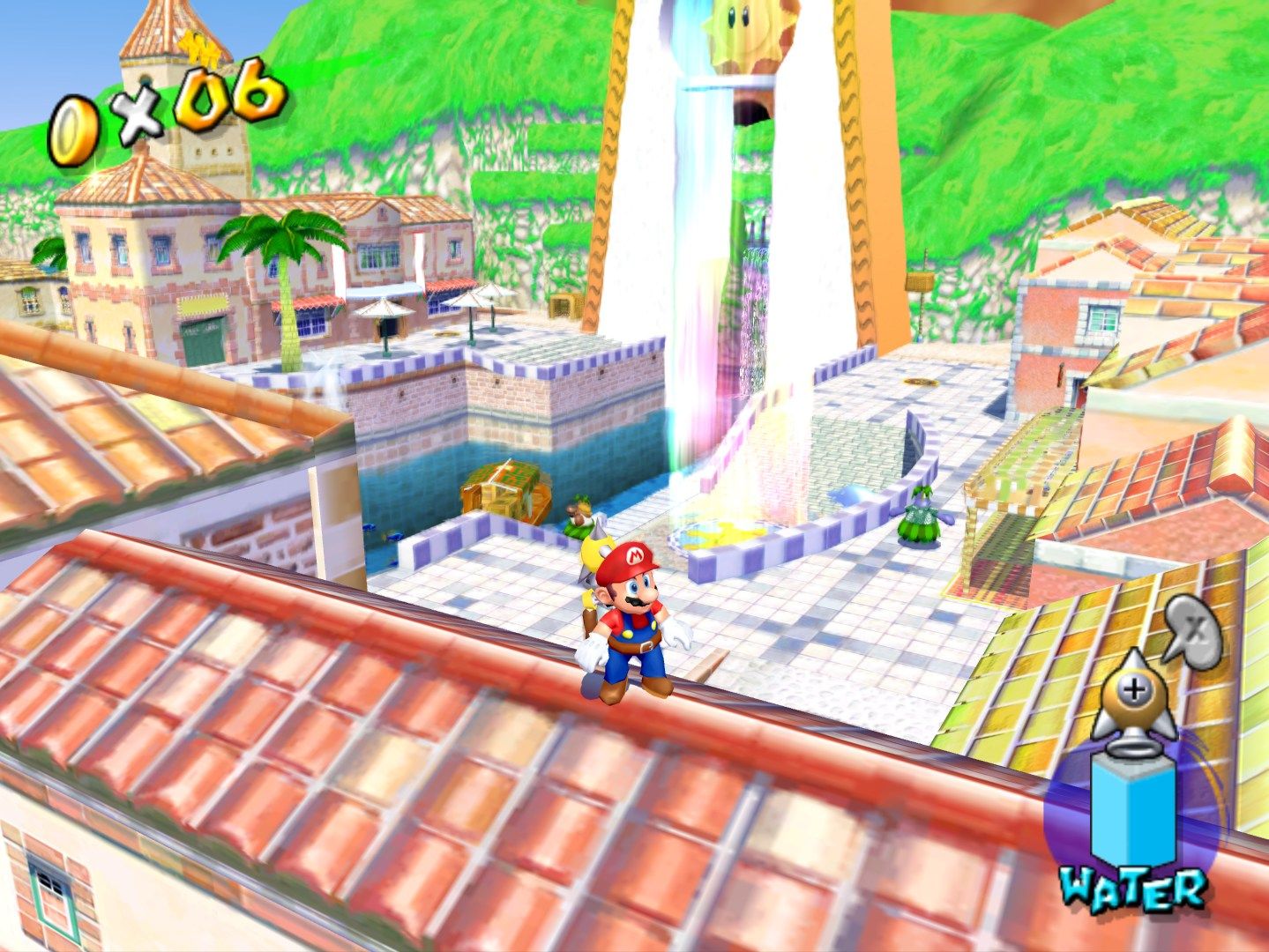 An early level has you navigating a shipyard by jumping across a series of precariously thin platforms. The camera means that knowing where you are going to land when flying through the air is never especially clear, and random enemies – often found off-screen – can knock you off balance, sending you splashing into the water below in a matter of seconds. No checkpoint system exists here, instead you have to slowly swim back to dry land and try again. Some shortcuts eventually surface, but that does little to alleviate the annoyance of landing jumps that the game seems almost designed not to accommodate.

When the pump is taken away, you’re often thrust into ethereal voids to take on traditional levels that are fiendishly difficult. They require perfect jumps, an obscene level of patience, and a knowledge of the game’s wonky physics that will have you screaming obscenities time and time again as your lives dwindle down into nothing. I’ve even seen clips of Mario straight up clipping through solid objects through no fault of the player, showcasing a lack of polish which radiates through every single aspect of Sunshine. I wish I could love it like some do.

Super Mario Sunshine released at a time when 3D platformers were still going through some teething issues. The utmost accuracy required to accomplish some of the game’s trickier sections are continually trifled with an awful camera system and a combination of mechanical systems that just don’t gel together. You’ll probably moan and say I just didn’t master everything it has to offer, but I shouldn’t need to have the technical prowess of a speedrunner to enjoy a game that is made for children. It’s Mario – not Celeste. 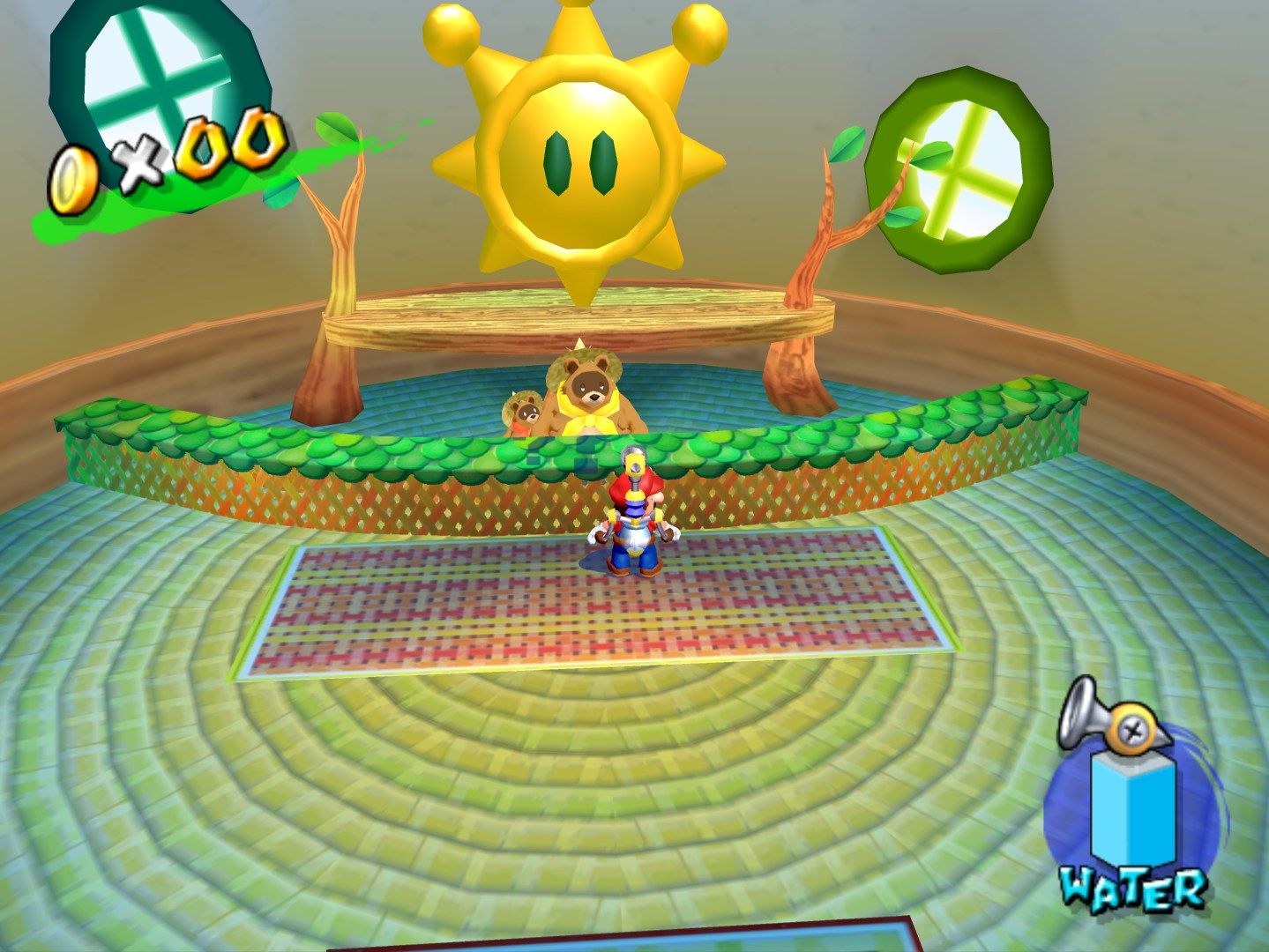 Touching on my admiration from earlier, Super Mario Sunshine feels like a misplaced piece of experimentation from Nintendo. Mario 64 was an undeniable masterpiece, and remains as much today, so following up a game of that magnitude was always going to end in disaster. I’m glad we didn’t receive a traditional sequel and the company instead decided to create something bold, memorable, and unique. Regardless of how I feel about it, Sunshine clearly struck a chord with many whether that be due to nostalgia or a genuine appreciation for everything it manages to achieve. Hinging an entire Mario experience on a single gimmick, especially one as divisive as FLUDD, was bound to result in some looking down on it.

I just struggled to fall in love with a platformer that controls like garbage and seems intent on angering me at every conceivable turn. I failed a time trial yesterday and instead of giving me the chance to retry, I was booted back in the hub world and told to go fuck myself – having to jump back into the level, loading screen and all, just to give it another shot. This is utterly archaic, and it’s a shame the remaster didn’t do much more beyond jazzing up the visuals because it could have done with bringing up to today’s design standards. In 2022 all of its issues are only magnified further, to the point that releasing it in a bundle alongside 64 and Galaxy makes it feel like an ugly duckling. An ambitious one, but still one that could never hope to reach the same heights of greatness. 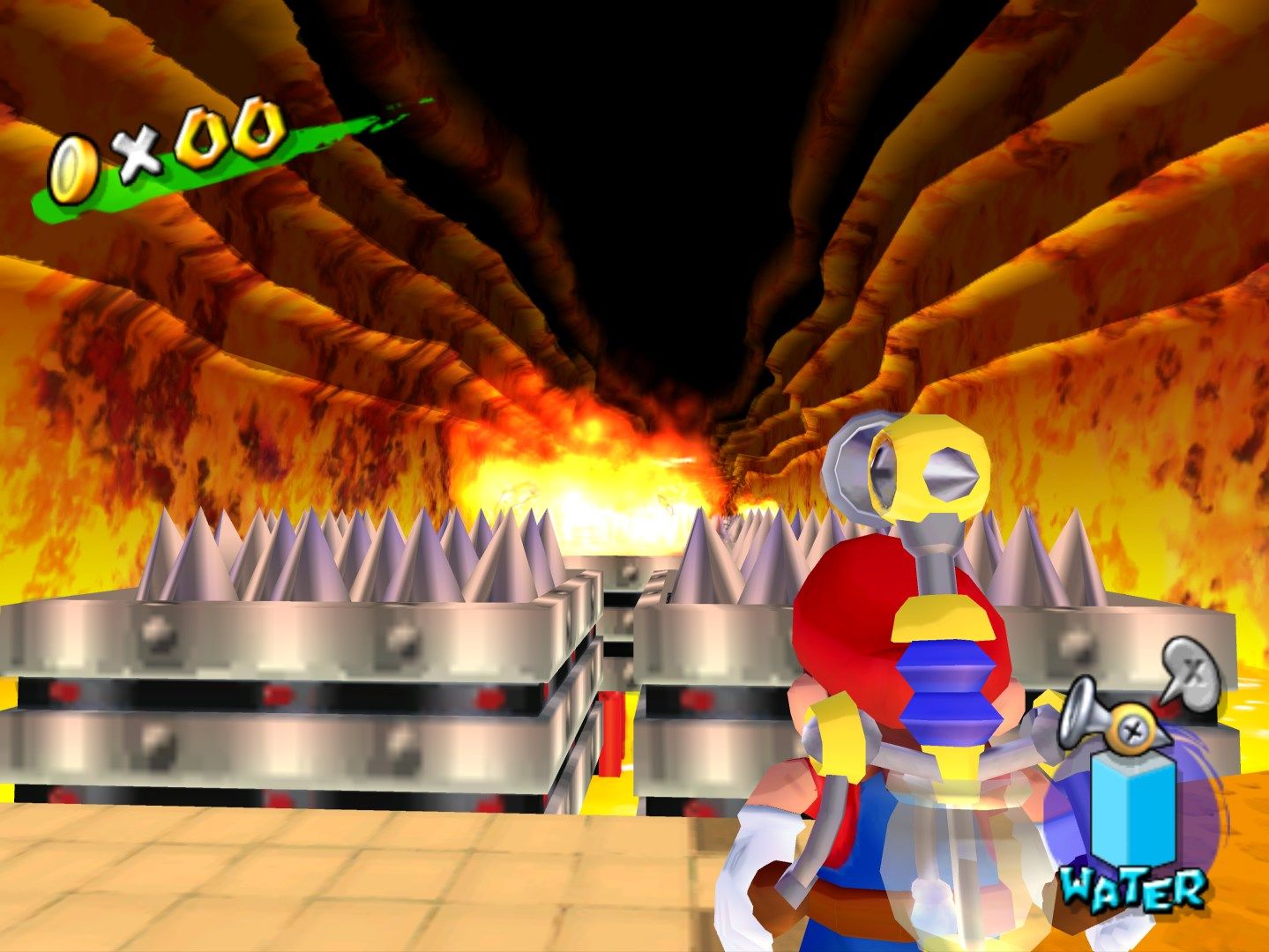 Super Mario Galaxy was the true successor to Super Mario 64. It evolved upon the stronger elements of Sunshine while casting aside all of the nonsense that either didn’t work or actively made the game worse. It didn’t rely on a single mechanic, if anything each new level was an innovative delight filled with unexpected ideas and precise platforming that seldom felt frustrating. It was wonderful, and fills me with a whimsical joy that the divisive GameCube classic has never been capable of. I’m sorry, at least you showed that Mario can rock short sleeves like nobody else on Isle Delfino, now please excuse me while I hurl FLUDD into a trash compactor.

TheGamer’s Best Features Of The Week: House Of Gucci, Endwalker, And Arcane

First DLC for ALTDEUS: Beyond Chronos Arrives in June for Oculus Quest