Gaming is full of iconic first levels. World 1-1 from Super Mario Bros. comes to mind, along with Sonic the Hedgehog’s Green Hill Zone. There’s also the opening sections of the likes of Mass Effect 2, The Last of Us, and Resident Evil 4, which while not traditional first levels in the way of Mario or Sonic, immediately pull players in and set the tone for the game. But I’d argue that Warehouse, the first level of the first ever Tony Hawk’s game (Tony Hawk’s Pro Skater), is better than all of them.

One thing a great opening level needs to be is iconic. You need to instantly call it to mind the second you think of the game. Some brilliant titles can take a while to warm up – Dragon Age Inquisition being one of the best examples – but the best opening levels are ones that are so good they are the game, at least in your mind. They need to hit the right note immediately, grabbing hold of you tight. Despite how many Tony Hawk’s games have released since, and how many different locales are stuffed into each one, when people think of Tony Hawk’s, they think of Warehouse. That’s a sign of greatness.

It’s not particularly complex, but that’s part of its charm. Within a few minutes, Warehouse has taught you all you need to know about the game, with launch ramps, half pipes, quarter pipes, and uncluttered railings – it’s a design that makes all your lines clean without being spectacular. It’s easy to pick up on how S-K-A-T-E works, what stat points do, and how to find the secret tape. The high scores and combos are attainable; it’s a great blend of rewarding you for getting to grips with the basics without punishing you for getting it wrong. You don’t even need to clear it before you move on – the next stage unlocks after only a handful of challenges have been crossed off. 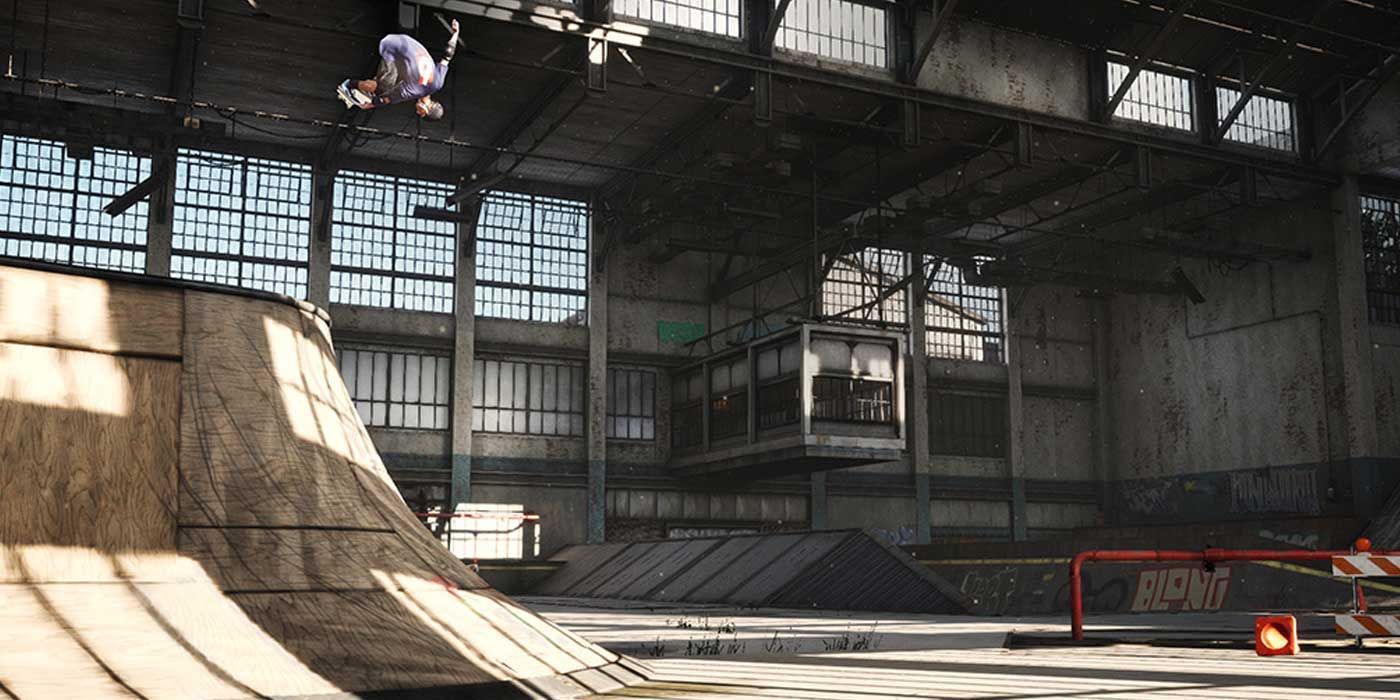 But does anyone really do that? Warehouse is very simplistic, but it feels more minimalist than empty. It’s the smallest level in the game by raw size, and still has plenty of flatland free of obstacles. While this was likely designed this way to offer free movement to new players not quite able to control their board yet, what it means is that you can tilt its soft difficulty incline up as high as you’d like. Since the lines are designed to be short and easy, there’s not a lot of opportunity to connect them up.

On a more complex level, like Philadelphia or Streets, the lines are much harder to land, but there’s plenty of opportunities to ride the walls and rails and ramps around the entire level at once – the only thing stopping you is your balance and your momentum. On Warehouse though, you really have to earn it. The big open spaces mean that despite its small size, it’s quite tricky to ride all the way around. Sure, you can cheese it and boost your score by grinding the back pipe lips and wall planting, but if you want to fully skate the whole thing in one, there are a lot more factors you need to consider.

This is another thing that makes Warehouse so special in the face of all the other classic opening levels. However compelling those early throes are, however memorable the aesthetic is, the goal is always to leave them. They set you up for the rest of the game, either in terms of tone or toolkit. Warehouse does both, but it then just allows you to stay and chill for a while. You can replay the first stage in Sonic or Mario too – hell, you can restart any game if you feel like it, I’m not a cop – but Warehouse is the only one that lets you set your own difficulty, lets you control exactly how much you take out of it. Green Hill Zone has multiple pathways, but once you’ve seen them once, that’s it. Warehouse? Not so much. 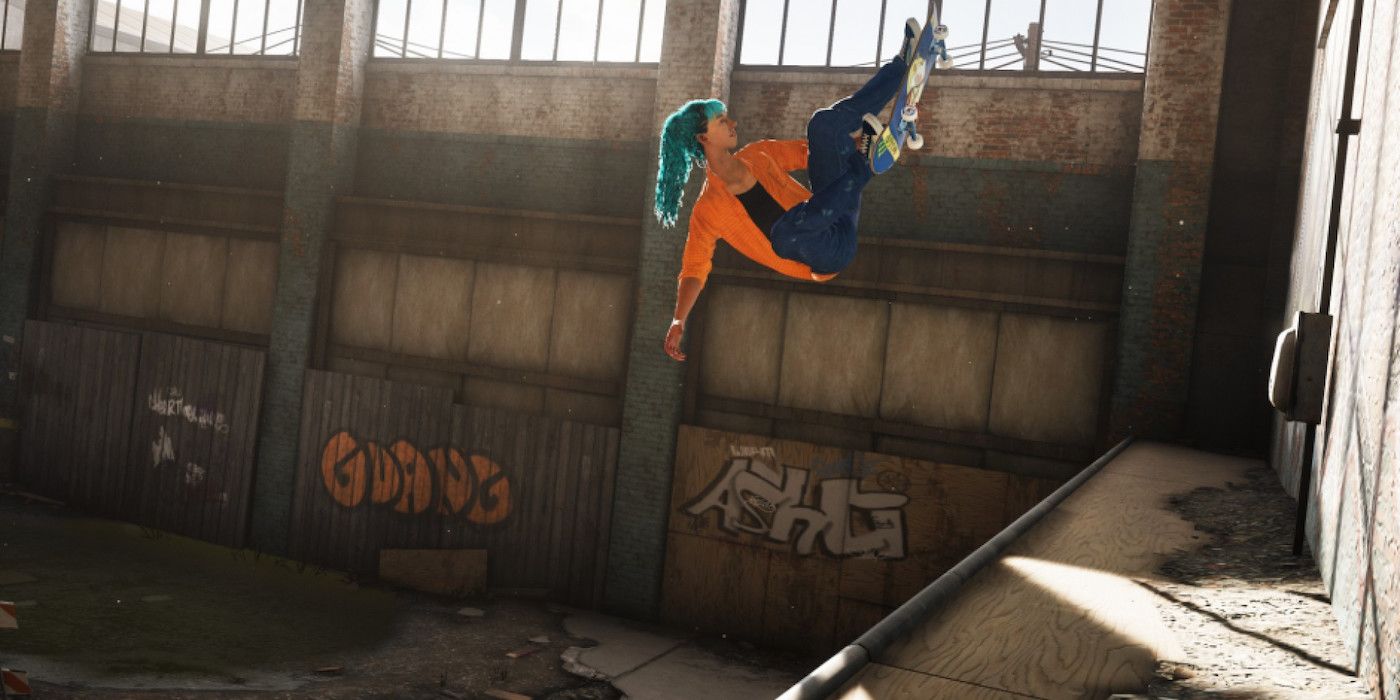 Of course, you definitely should leave. The game is packed with great levels – and also Downhill Jam is there – and the more expansive settings with new areas, hidden rooms, rooftop ramps, and much trickier gaps are needed for the true THPS experience. But there’s nothing quite like the charm of Warehouse – especially once you head back there fully statted up.

I think what’s most impressive is just how ugly it looks. It’s all drab greys and off colour browns; very dull when compared to the bright blues of Marseille, the golden sunsets of Venice Beach, and the Mediterranean palette of The Bullring. It’s bland – but again, that’s kind of the point. Once you master the basics in the crappy skatepark in an abandoned warehouse, you get to go on a globetrotting adventure. But there’s still nothing quite like the simple, wheel on concrete feel of the Warehouse.

Next: Returnal Preview: A Steady Slowburn 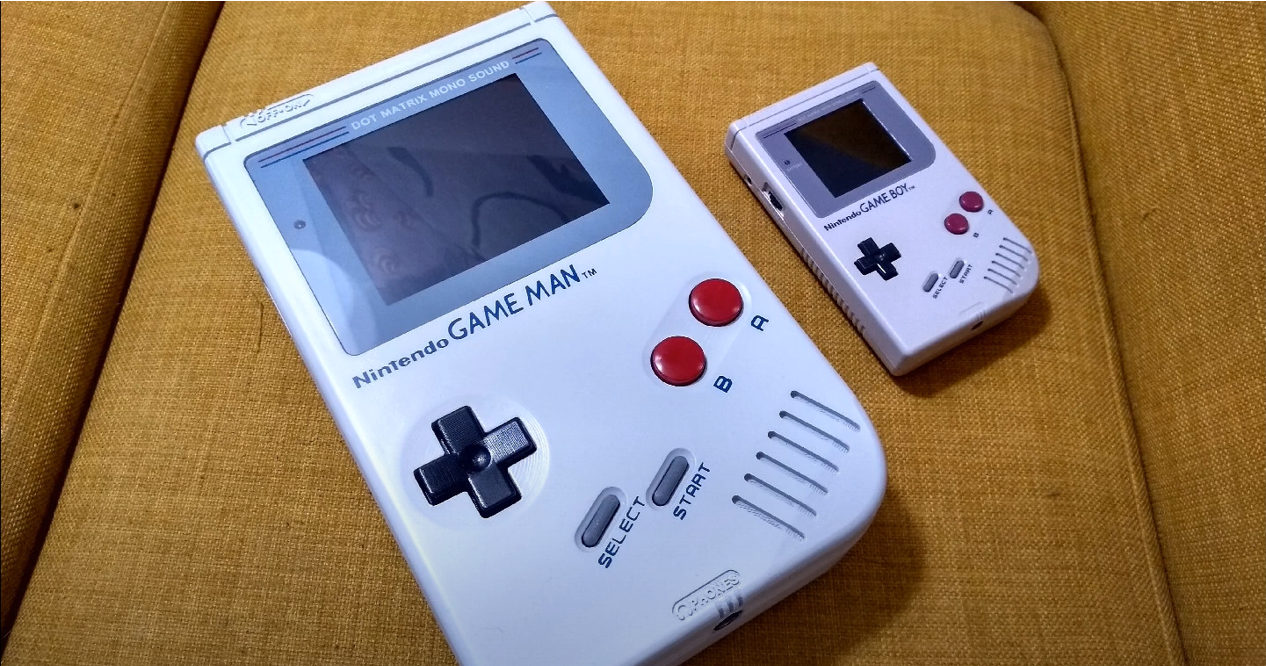 Lost Words: Beyond The Page Review – A Touching Tale Full Of Emotional Highs And Lows